‘The oceans are rising and so are we!’ Trump’s 100th day in office was met by a large protest on campus

There were similar protests across the country

Climate change protesters across the country protested Trump’s lack of action and concern about climate change on his 100th day in office, which happened to fall on Earth Day.  Thousands of people showed up to these events. 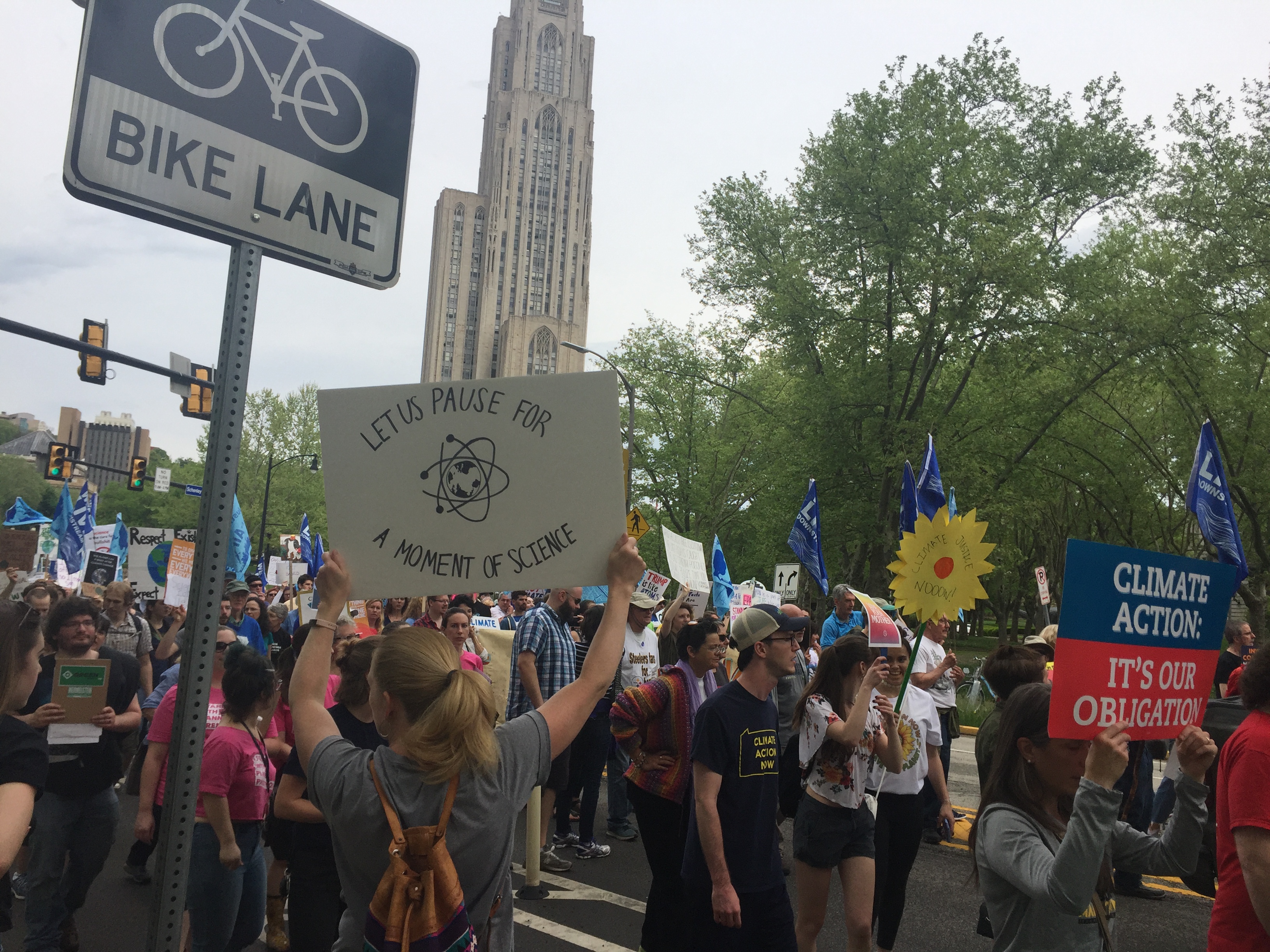 Here in Pittsburgh, a march called “Pittsburgh March for Climate, Jobs, and Justice” was held.  It was organized by One Pennsylvania.  “The Trump administration and Republicans in Congress are on a runaway train to line their pockets… It’s on us to create an alternative future,” said the director of One Pennsylvania, Erin Kramer.  Not only did marchers demand clean air, energy, water and a decreased alliance on fossil fuels, they also demanded social justice for immigrants, workers, and Latinos.

The march started in front of Cathy.  A pickup truck with a speaker on top led the marchers.  They walked up Fifth, turned on Bouquet, and walked up Schenley Drive until they stopped in the grassy area across from Phipps.  There, a few organizers spoke of the importance of clean water and action on climate change. 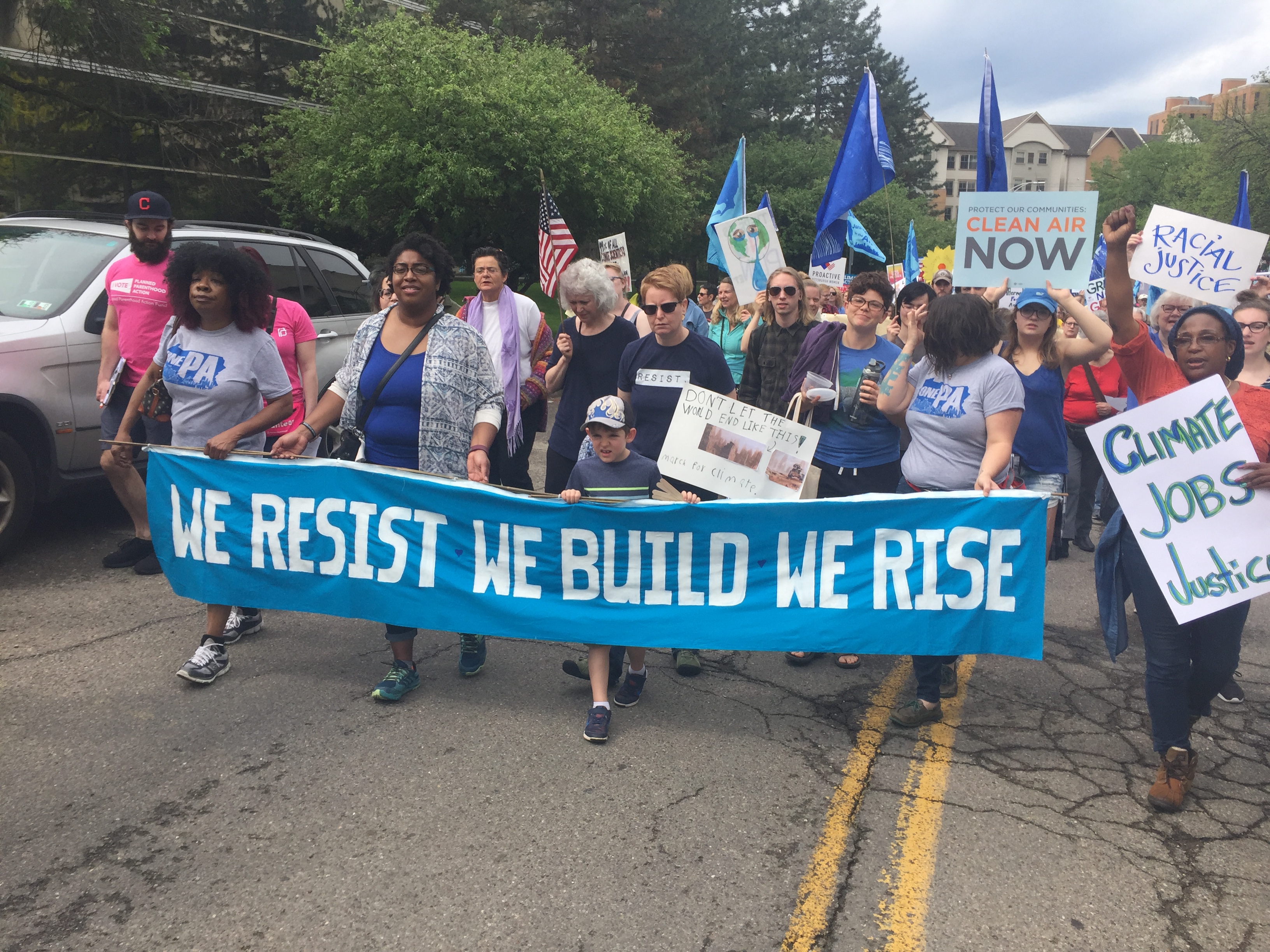 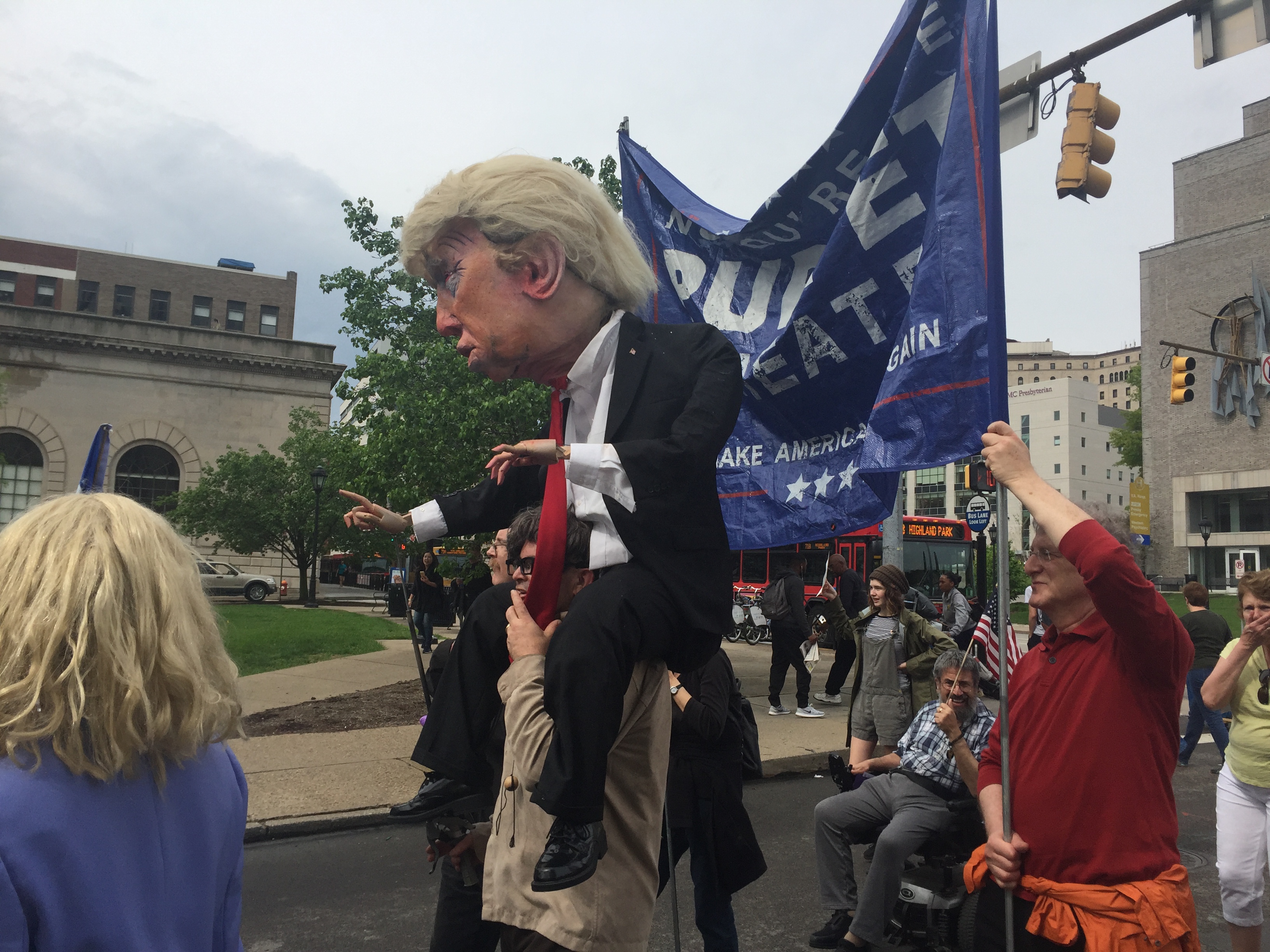 This Trump puppet had a working mouth and pointing finger.

After the march, many people went to an event held at Phipps.  The event showcased cars that were good for the environment and promoted clean living.

There will likely be more events like this in the future if Trump continues his climate change inaction.