You have probably seen the Facebook groups filled with countless students trying to make an absurd profit off of their tickets, selling up to $200 or more, for the Penn State-Michigan game this Saturday, which is being attended by ESPN College GameDay. How does one maximize profit and stand out in the endless sea of tickets being sold? Penn State Sophomore Rachel Anton came up with an innovative solution: bring out the natural competitive nature of Penn State students and turn the sale into a game.

Anton posted her offer to the Penn State University Class of 2021 Official Facebook group on Tuesday. Unlike the average "selling ticket msg me!" post, Anton challenged her classmates to participate in a Venmo raffle for her student section ticket. Participants are asked to venmo $5 for one entry and $10 for three. Theoretically, the winner will receive an amazing ticket at a great price while Anton makes out with a huge profit. 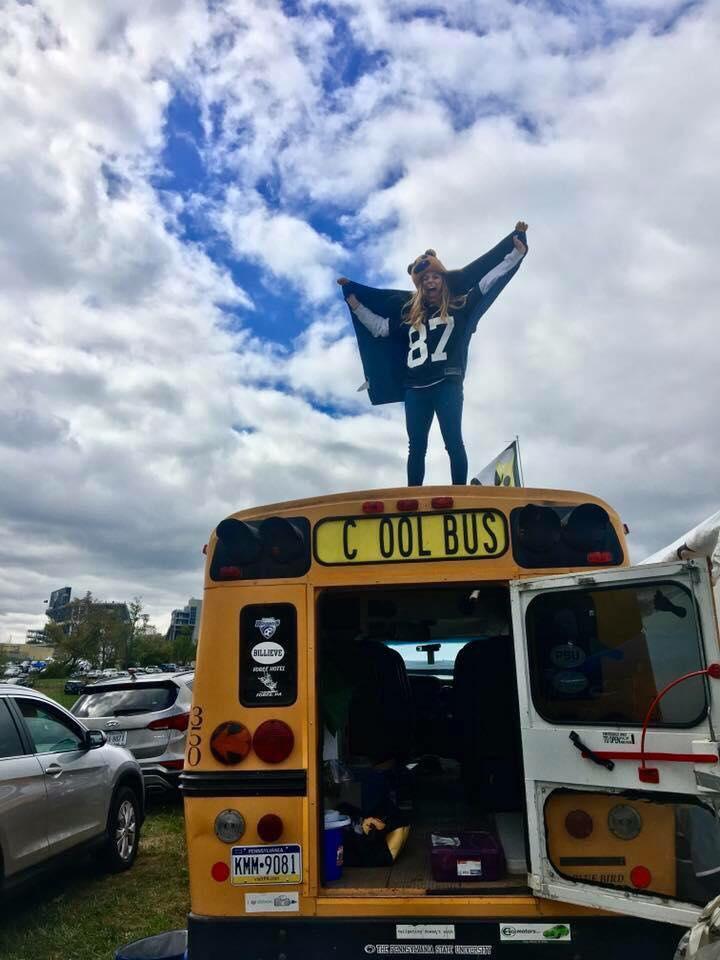 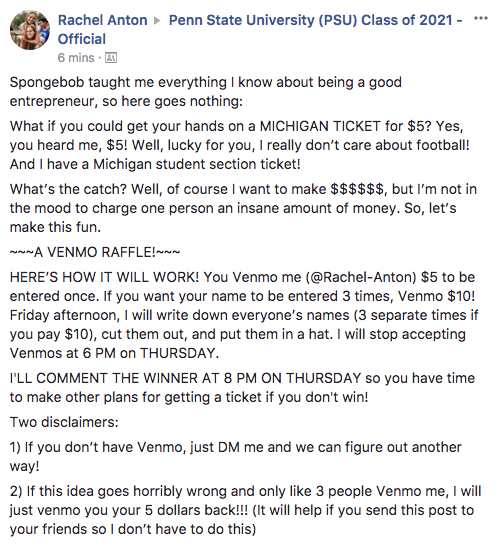 Anton is an Advertising major with a clear creative and strategic mindset. Anton told The Tab how she come up with her ingenious idea:

"No one gave me the idea," said Anton. "It randomly popped into my head and I asked my friends if I should do it and they thought it was a bad idea, but I just wanted to see what would happen so I went for it." 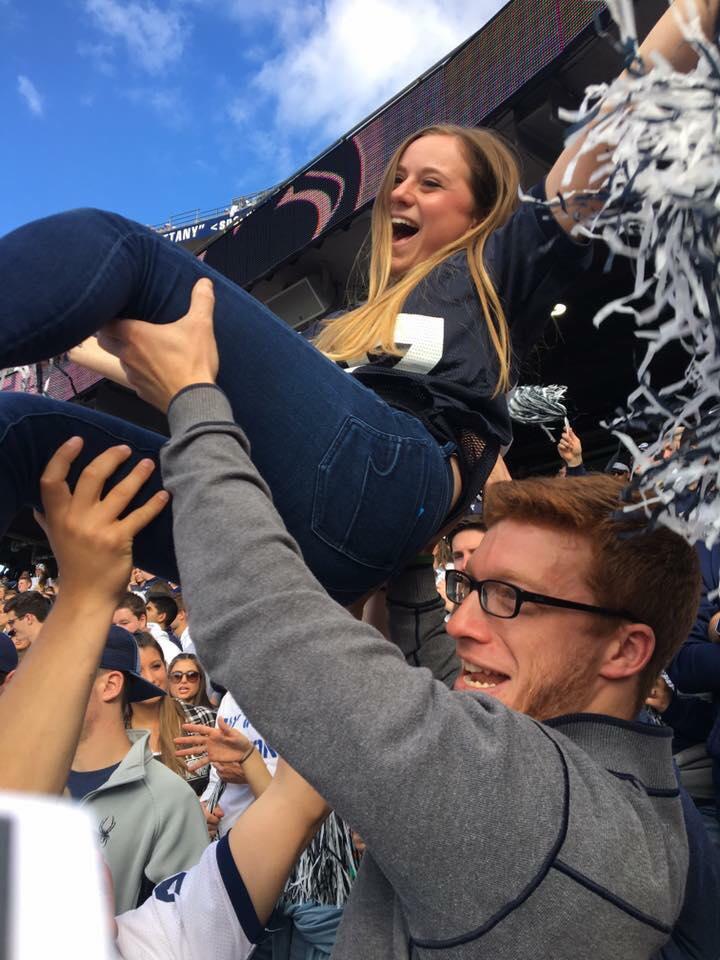 Anton (above) has attended all of the other games this season.

Some students were skeptical of Anton's idea and were worried about the post being a scam. 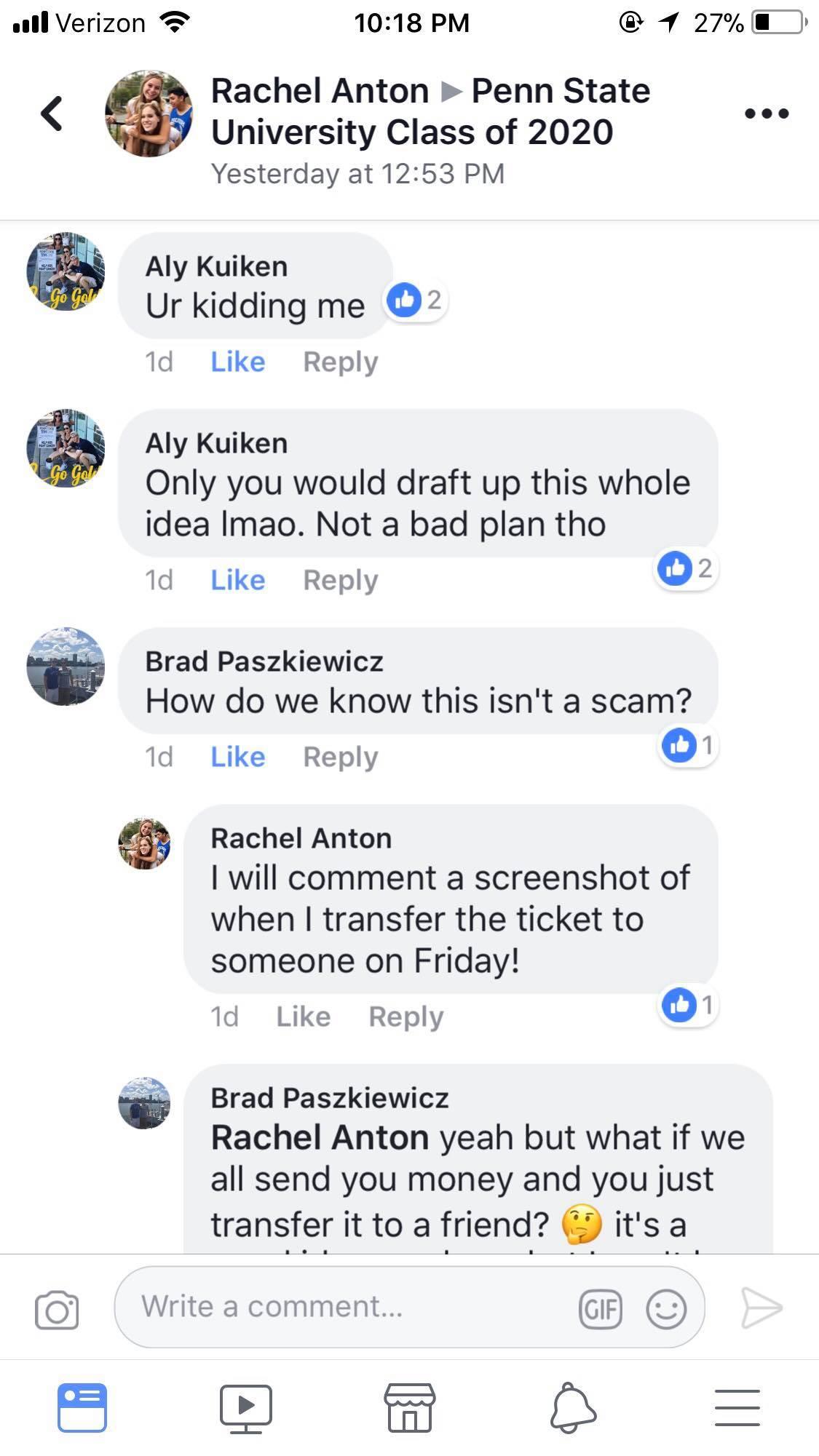 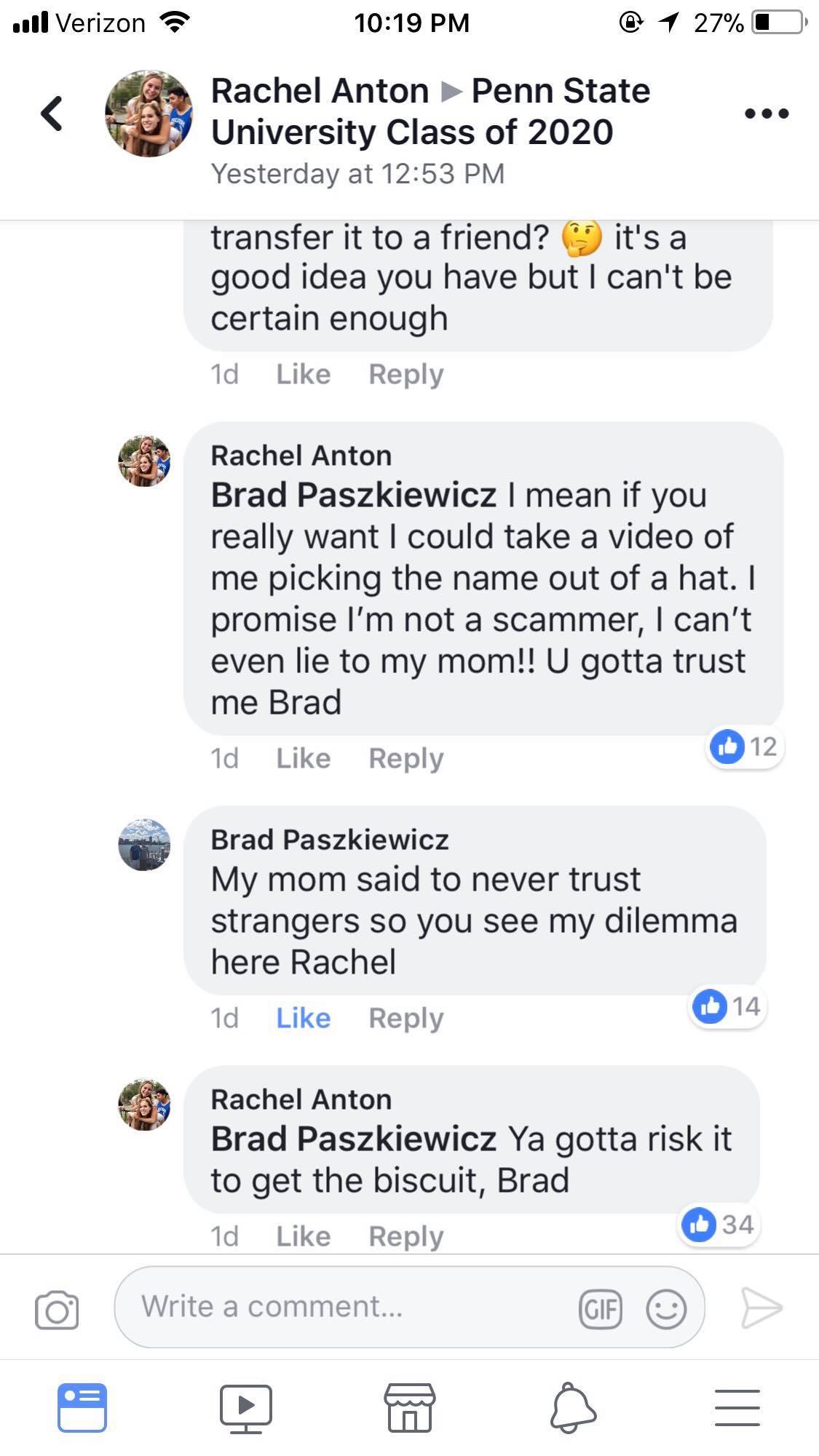 Most gave Anton praise for her entrepreneurial skill. 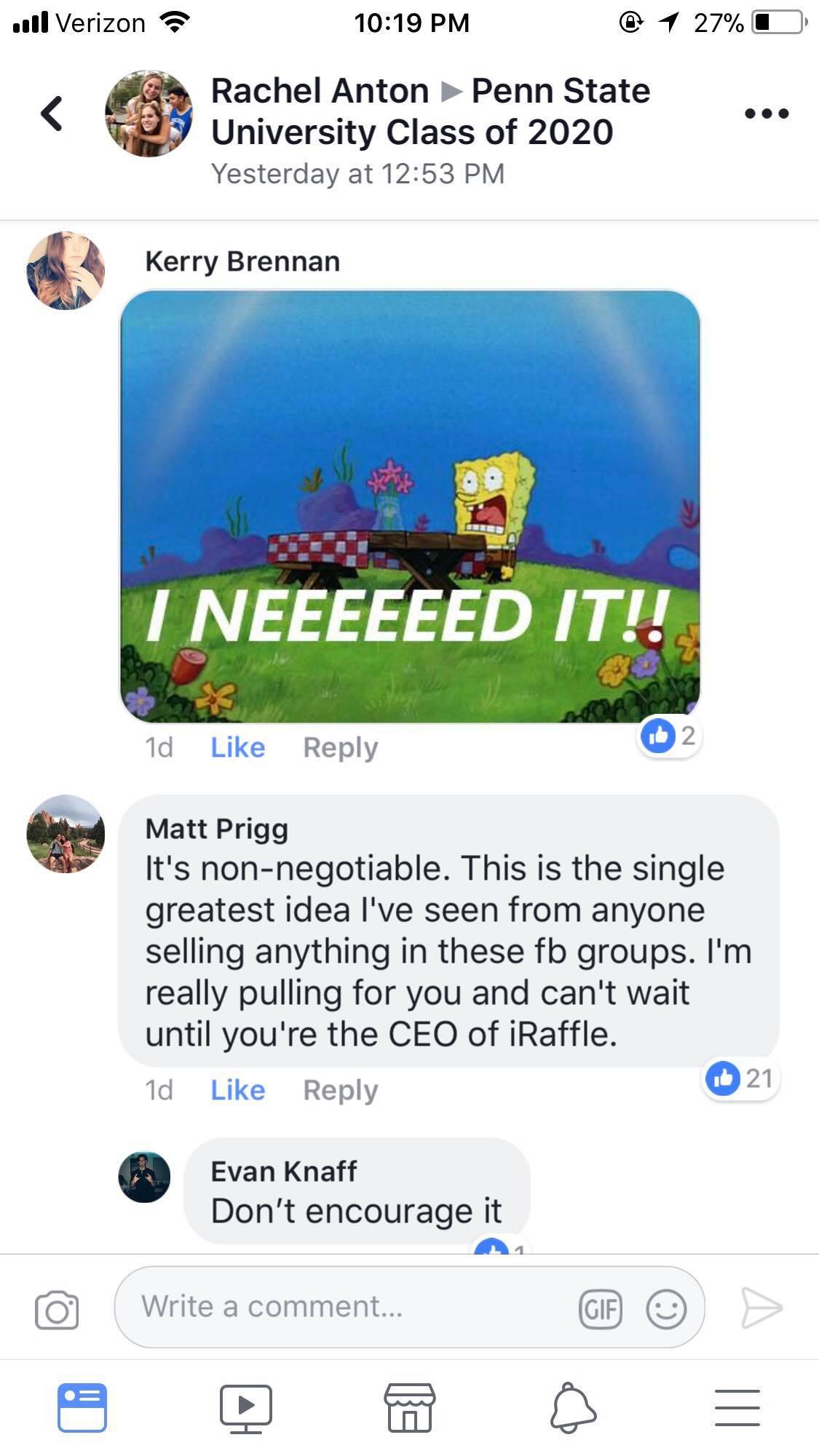 "I’ve gotten such positive responses to the whole thing," said Anton. "I thought people would be skeptical or find the whole idea stupid, but I'm getting so many nice direct messages and comments. If I actually got $5 for every time someone called it genius, I’d be rich."

Anton wouldn't reveal to The Tab exactly how many responses she has received so far. It is safe to say, however, she was right to ignore her friends' advice.

"Everyone is wondering if the whole thing is actually working," said Anton. "All I’ll say is that so far I’ve made more than I would [have] if I were to have sold it directly to one person, and I’m having a lot of fun with it!"

Anton still intends to pick a winner Thursday night and will be happily enjoying the big game from outside of the stadium, with a lucky Penn Stater enjoying the second ranked team for just $5.