In the wake of what seems like disaster after disaster, the story of Zack and PSU football player Torrence Brown comes as a small ray of sunshine.

Warning: this story may cause you to ugly cry. Here's what happened:

Zack currently attends Penn State through the University's Lifelink program, which allows special education students to participate in academic programs and be among peers.

Zack found out @tbrown_19 hurt his knee and told me he wanted to get him a little get well soon gift to cheer him up. Reaction: Priceless pic.twitter.com/x7zpGuZIN5

According to his friend and fellow student Kacie Hay, he loves the football players. "When we walk to class, he makes sure to say hi to each one he sees," she told BuzzFeed News.

While walking to class a few weeks ago, Kacie said that she and Zack ran into DE Torrence Brown. Torrence stopped to give Zack a big handshake and speak with him.

"Ever since then, Torrence has made sure that if he saw Zack he stopped to talk to him," Kacie said.

Torrence recently suffered a knee injury during the Georgia State game, and when Zack found out, he decided to give Torrence a "get well soon" batch of cookies. 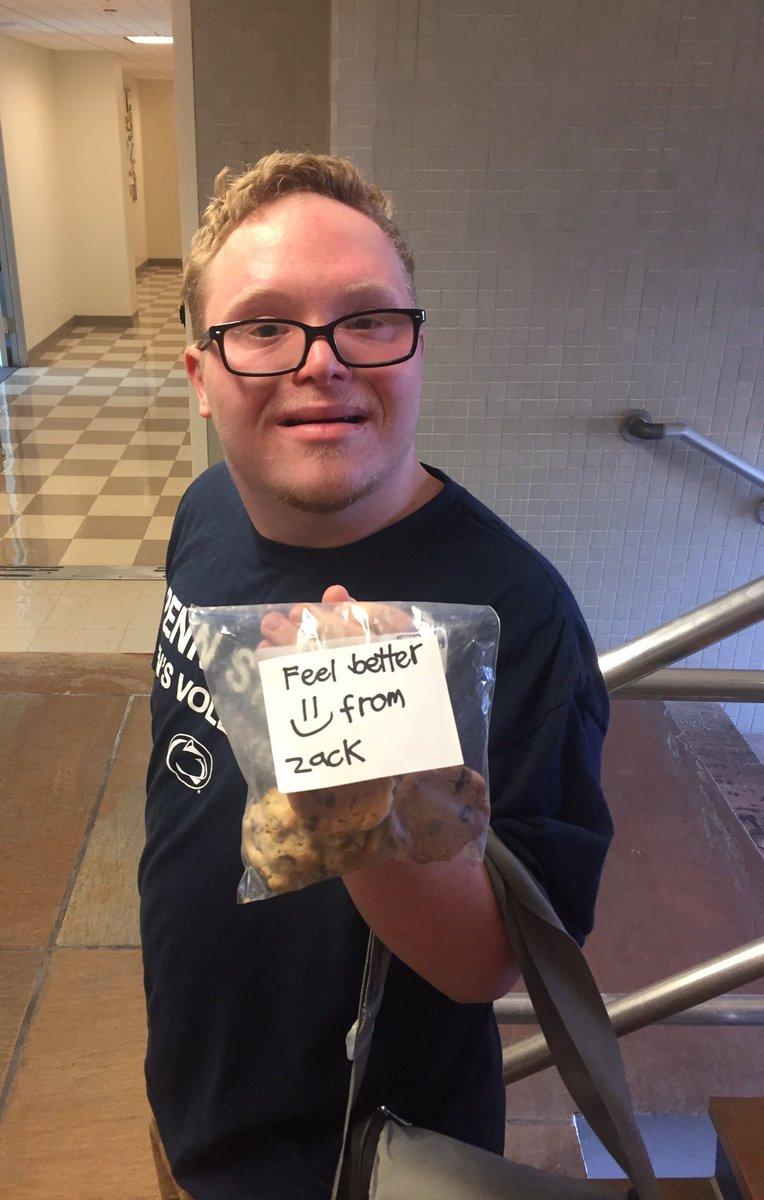 Torrence loved the gift and even stood up to give Zack a hug, despite his bad knee. 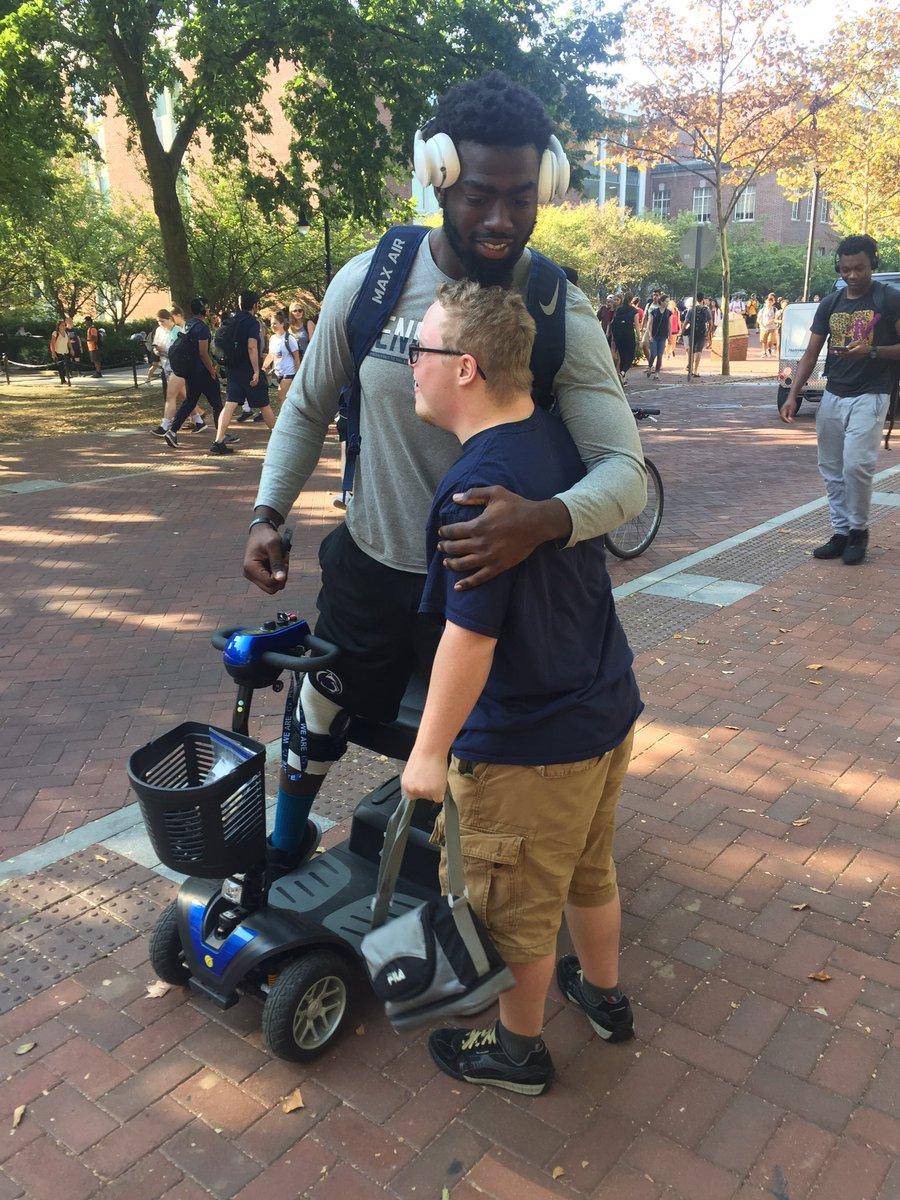 Kacie later tweeted about the interaction between the two, and the tweet has since received a considerable amount of attention with over 5,000 retweets and 30,000 likes.

My man Zack really made my day!! Really enjoyed the cookies!! Made me feel a lot better ? https://t.co/8mR5xtmlea

With everything else going on right now. these are the stories that give hope for humanity. Thank you @tbrown_19 and thank you Zack!!!!

This is the kind of story that reminds us the world isn't all bad. For Zack, this was just the natural thing to do. "This is Zack's everyday personality. He is such a sweetheart and would do anything for anybody," Kacie told BuzzFeed.