The brothers will face trial for hazing, reckless endangerment, and supplying minors with alcohol

The Beta Theta Pi fraternity brothers of Penn State will not be going to trial for their alleged role in the death of Tim Piazza.

After three months of testimonies, today commenced the final day of preliminary hearings for the former fraternity brothers of Beta Theta Pi, who face charges in relation to the death of Timothy Piazza.

According to Min Xian, a reporter for WPSU, “The case is not going to trial. All involuntary manslaughter charges dismissed."

The case is not going to trial. All involuntary manslaughter charges dismissed. Most of the counts are dismissed, others bound over. @WPSU

According to Penn Live, the brothers will face trial for hazing, reckless endangerment, and supplying minors with alcohol.

Timothy Piazza died on February 4, after participating in a fraternity hazing tradition two nights prior. “The Gauntlet," as it's called in the BTP fraternity house, is a an alcoholic marathon where members drink an excessive amount of vodka, beer and wine.

Judge reads his decision in 7 minutes…noone charged with involuntary manslaughter or aggravated assault.

16 members of the Beta Theta Pi house, which was disbanded following the death of the 19-year-old pledge, faced a myriad of charges including hazing, tampering with evidence, aggravated assault and manslaughter, most of which have been dismissed. 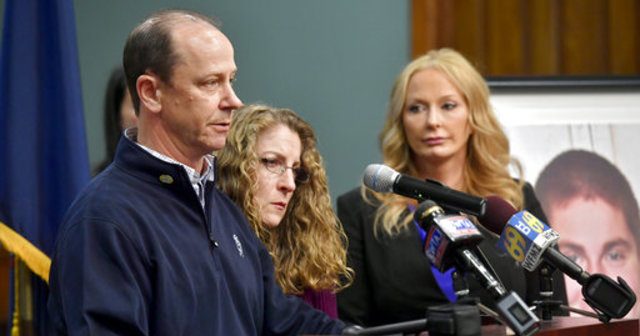 Tim Piazza's parents speak at a press conference with the DA

According to a tweet from reporter Christine Vendel, the District Attorney representing Tim Piazza's family, Stacy Park Miller, has vowed to refile the charges for manslaughter against eight of the former fraternity brothers.

This story will be updated as more information becomes available.