What it’s actually like to live in Penn State dorms, according to PSU students

At Penn State, not all dorms are created equal. Each of the five living areas — North, South, East, West and Pollock — have their own distinct vibe and setup.

Although the housing website provides a lot of helpful information, the one thing it can't tell you is what it's actually like to live in each of the different areas on campus. To solve this dilemma, The Tab interviewed Penn State students about their experiences in the dorms.

Nestled at the very top of campus, North Halls is Penn State's smallest residential area and possibly its quietest.

"It's like tucked back into the edge of campus, so it's super quiet and really calm all of the time," said junior Brian Loane. "It's not anything like East or Pollock just because they can kind of get loud and rowdy." This makes North a perfect option for people who enjoy a quieter living environment.

"The big thing was how isolated it sort of is," said Brian. For freshmen who want an endless supply of new friends in their dorms, you're better off living in East Halls surrounded by tons of other new students.

The amenities in North are some of the best on campus, though. "The dorms themselves are incredible," said Brian. Students in North live in suites, which are nicer than the average dorm room. 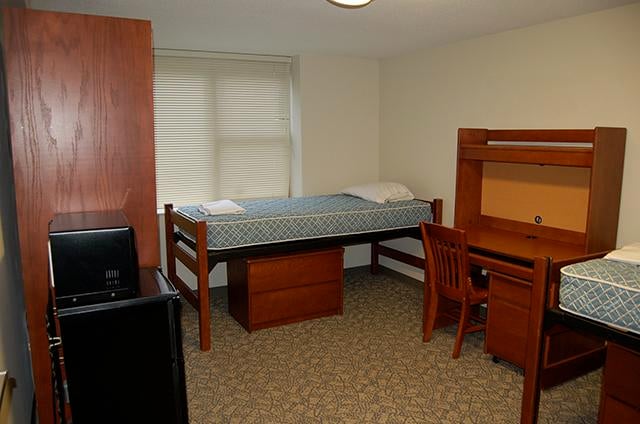 As for food, if you like a great variety, you might be disappointed. "The dining hall is much smaller than all of the other ones on campus," said Brian. However, the food is still pretty solid for what you can get there, and "it has this diner feel that is really nice."

Junior Christina Martinelli said that she "loved living in south for [her] freshman and sophomore years. It was a lot of fun."

"One of my favorite parts about south is the location. It is centrally located on campus and it made it very easy to get anywhere on campus or off," added Christina. 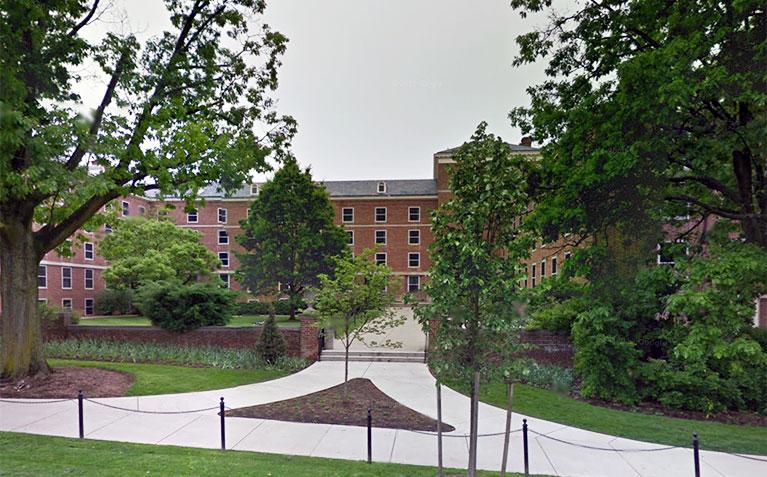 When it comes to location, South really does have the best of both worlds. It's located fairly close to most classes, and it's just a few steps away from downtown, which makes going out on the weekends a lot simpler.

The dorms are close to the HUB and the White Building, one of the three on-campus gyms.

South has the best dining hall on campus, although some may disagree. Overall, the dining hall has a great variety of food to choose from. "I really enjoyed how Redifer has both the buffet and the à la carte options. That was nice for when you wanted to eat with friends, but they might want something different for dinner," said Christina. 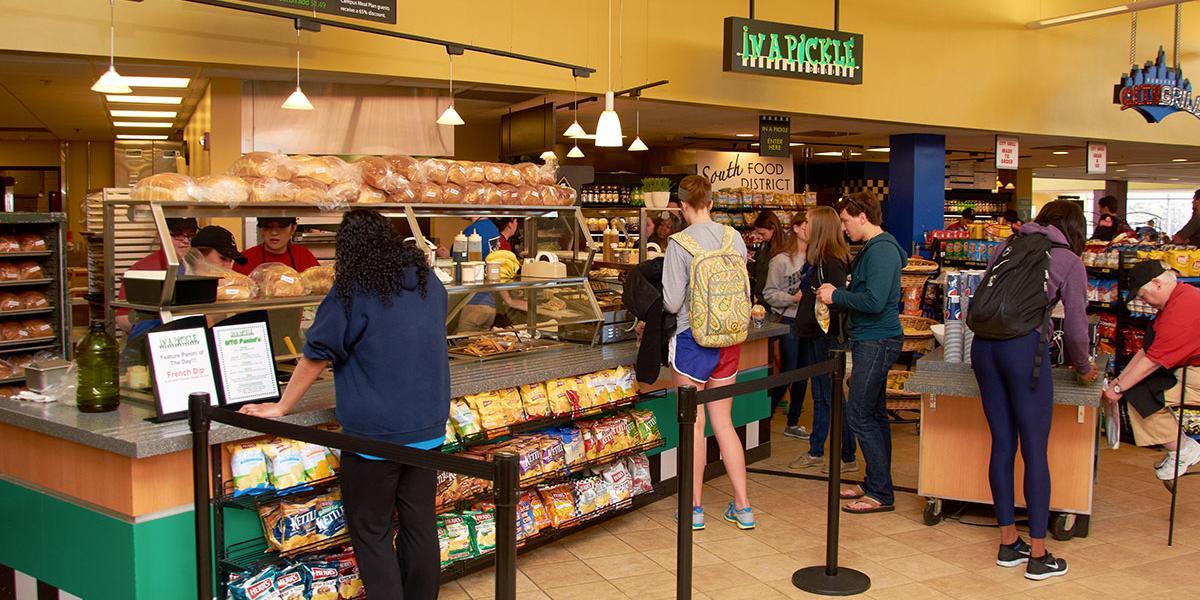 South is also pretty solid when it comes to living conditions. The rooms, while not exactly luxurious, are still fairly nice for dorm rooms.

"Simmons is partly renovated, so I got to enjoy the new kitchen and the new study rooms," said Christina. "I did not have a renovated dorm or bathroom. However, the dorm rooms were still nice, they were a good size and had great closet space. The building was also very clean and well maintained."

If you're an incoming student, chances are high that you're living in East Halls. Filled entirely with incoming students, East makes for the traditional "freshmen experience."

"East is honestly the most quintessential PSU experience," said junior Nicki Generose, who lived in East her freshman year.

"Objectively, East Halls is absolutely terrible," said Nicki "The rooms were terrible, bare, and impersonal…There's hardly any privacy, no AC and the amenities barely worked." 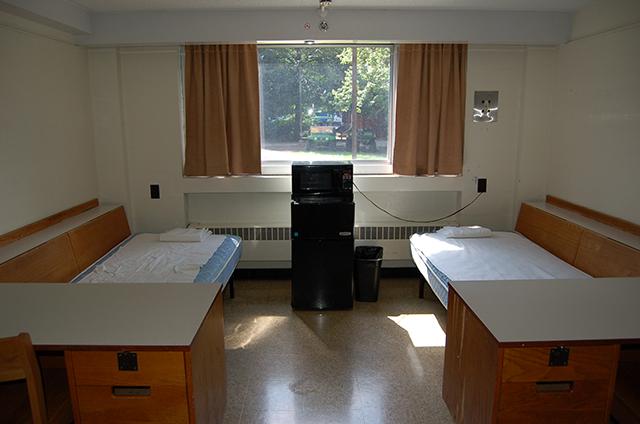 Along with its lackluster interior, East is also infamous for its poor location. According to Nicki, "It's horrifically far away for pretty much any class." However, East does have the advantage of being just minutes away from Beaver Stadium, making it an ideal location on football Saturdays.

Despite its overall terrible living conditions, living in East represents a unique experience as a new student at Penn State. You're surrounded entirely by students who are all feeling the same fears and anxieties of being a freshman.

While living in East, "you deal with the ups and downs of your freshman years: your first finals, your first Pokey takeout order, your first game day where you're greeted with the sound of Penn State football coming from the stadium, just feet away, your first friendships, the homesickness, the uncertainty, the laughter, the shenanigans, the fear," said Nicki. 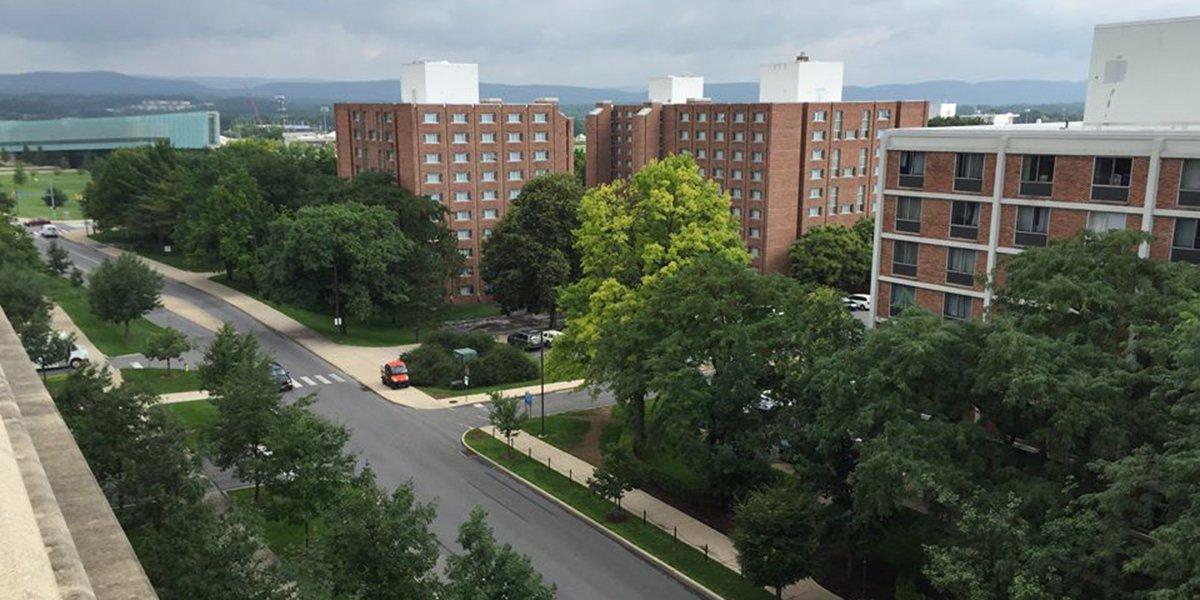 Last year, the university completed construction on an entirely new dining hall that contains so many options and delicious food it made my head spin when I first went there.

Penn State has also been making headway on a renovation project for the dorms in East Halls. This fall, a few lucky students will be able to live in a new renovated dorm called Earle Hall.

"I'm actually kind of sad, with the renovated dorms, future Penn Staters won't have the same right of passage I had," added Nicki

West Halls is probably the least freshman-populated of all the dorms on campus. According to junior Annabelle Schmidt, who lived in West her sophomore year, "it seemed to be predominantly upperclassman…everyone was really nice, but it was so different from my freshman year experience in Pollock."

Like North, West seems to be ideal for people who like their peace and quiet. "The halls were almost completely silent year round," said Annabelle. "I really liked the quiet, though, I was actually able to sleep when I needed to and it was easier to study in my dorm."

Junior Sai Kamtam felt that West's quieter atmosphere wasn't necessarily a bad thing, either. "There are always people around so it doesn't feel isolated, but it never feels too crowded at the same time." 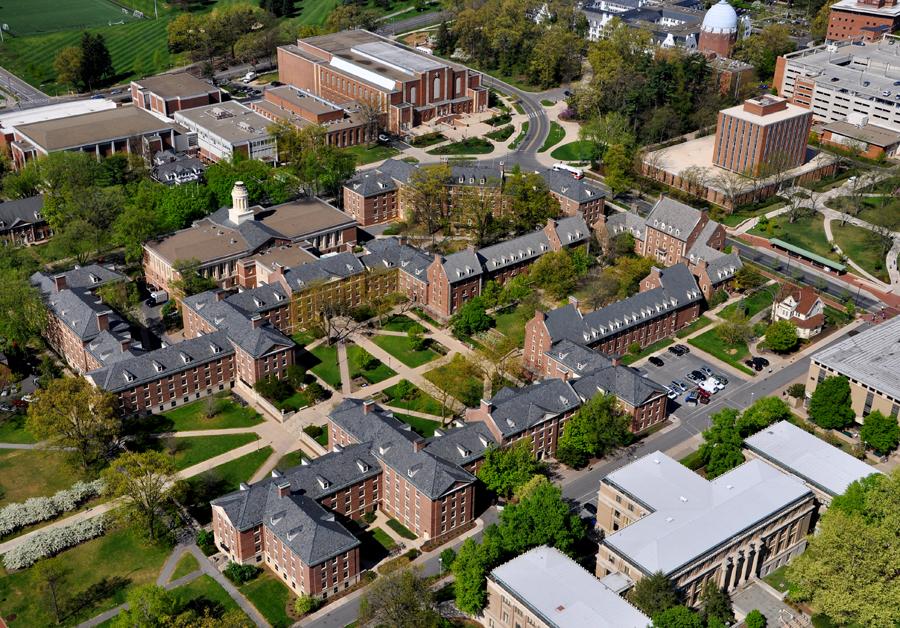 In addition, many believe that West has the best food on campus. "The dining hall is probably the best part about West," said Sai. The dining halls are famous for their cookies, which are always the perfect amount of gooey and delicious. "West cookies are the best cookies," added Sai.

"There are "West Cookies" but here's a secret: they're the same kind used everywhere else, but the West people just bake them less to get that gooey-amazingness," said Danielle. So, if you're a fan of cookies, definitely hit up the West dining hall. 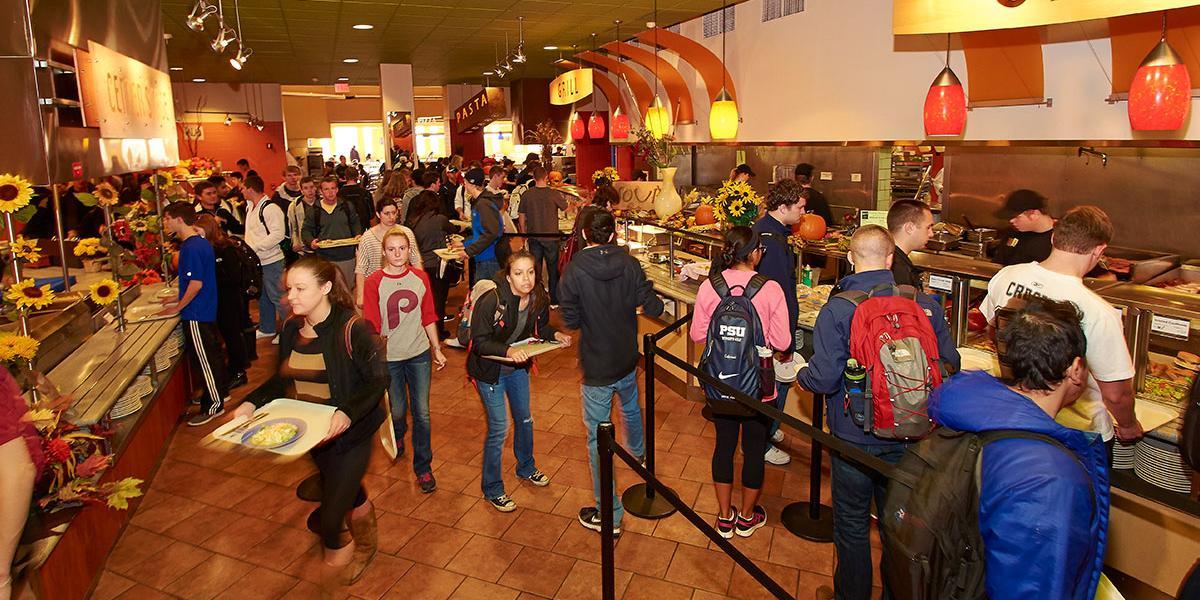 Annabelle, however, was not as enthused about the food as many others seem to be. "I got sick of it so fast and the hours are so inconvenient like why do you close dinner at 7 or whatever it was? Why? If I wanna eat at like 10 PM then let me," she said.

Nestled in the center of campus, Pollock pretty much holds the crown for the best location. "Location wise, I thought it was great cause it was pretty central…I think the location was the best part of it for me," said junior Kayla Wendt.

Sophomore Julia Eneboe commented that, "the majority of [her] classes were a 5 minute walk." Not only is Pollock super close to many of the buildings for class, it's also just a short trip away from the HUB and the White Building. 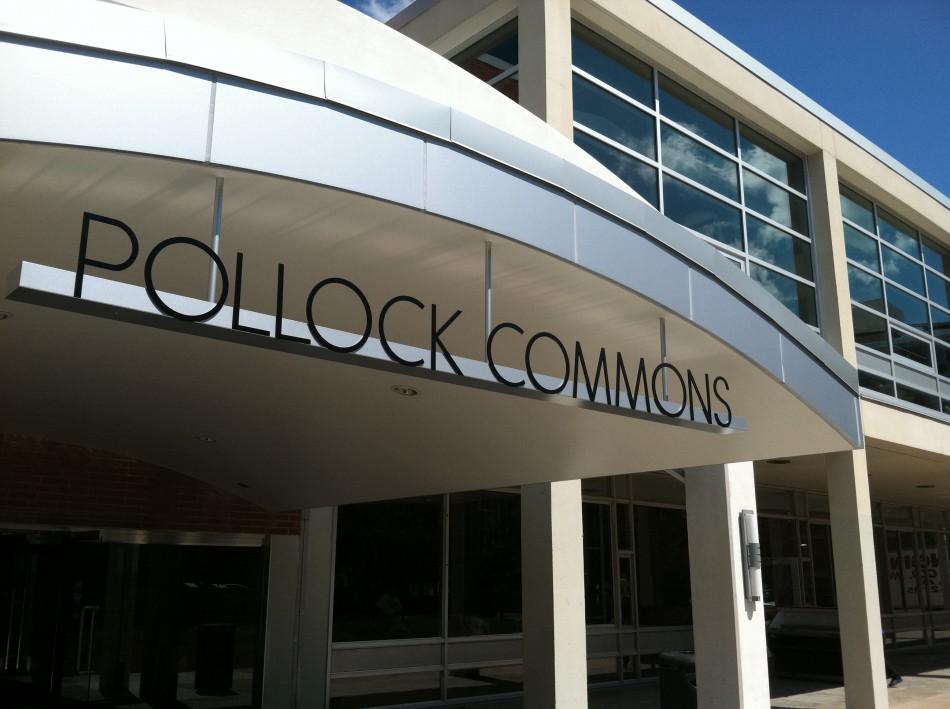 Pollock probably isn't the best place to live if you want to be in the lap of luxury. "Accommodations as far as bed and bathroom are probably not much better than in East," said Kelly. Pollock's buildings are pretty old and its communal bathrooms and floors are not as nice as some of the other living areas on campus.

Pollock also has this weird furniture arrangement in its rooms. "Compared to East or South the room setup is less than ideal. Instead of having two beds vertically next to each other, they were caddy corner, which was weird," said Kayla. 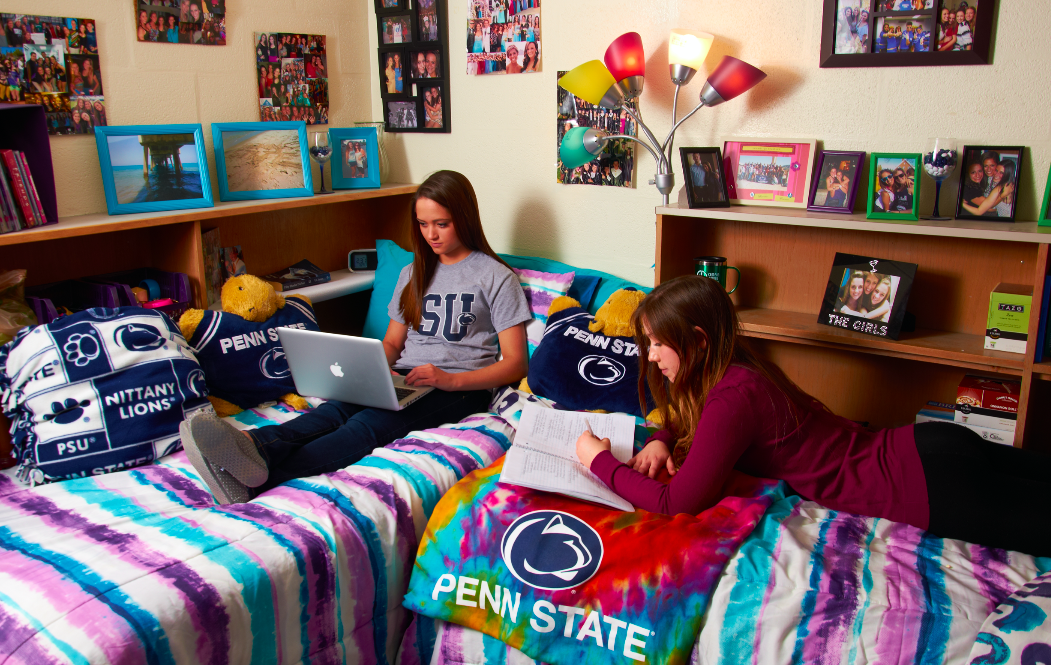 However, Julia had a much more positive experience with the room setup: "At first, I thought I would really hate the the beds being set up in an 'L' formation, but it made the room vibes feel much more cozy, especially when a bunch of friends wanna have a movie night."

Although Pollock houses all freshmen like East, it doesn't offer quite the same experience as the latter. "Overall, Pollock was much quieter than in East Halls," said Julia.

Junior Kelly Harrington expressed some regret over missing the rite of passage that is East Halls to live in Pollock instead. "It was hard to make friends, and a part of me seriously regrets not living in east because I felt like I may have made friends easier and got more of the 'freshman experience.'"