‘I went to the ER so someone could pull it out’

Let’s be honest here: periods suck and tampons are horrifying. If you can truthfully say that you weren’t scared at all the first time you either got your period or had to use a tampon, I’m impressed. I mean, you’re bleeding out and then you have to shove a wad of cotton up your hoo-hoo. But at the end of the day, when you’re faced with tainting the ocean red or using a tampon, a tampon is always the answer.

In fact, the first time I had to use a tampon, that was my scenario.  My family was headed to the beach for the weekend and Mother Nature had decided to bless me with the gift of my own Red Sea between my legs. I really wanted to enjoy the beach, so I decided that I would use a tampon for the first time ever. I’d watched Weylie Kylie’s “How to Put On a Tampon” video and read numerous guides, so I was basically an expert.

I went into the bathroom, ready to put in a tampon and head to the beach. I hadn’t eaten all morning and I was incredibly nervous because I’d never worn a tampon before, but I took a deep breath, shoved it up there, stood up and …. I saw spots. I called for my sister to grab me water. I opened the bathroom door and grabbed the water, and then everything went black. When I came to, there were glass shards everywhere and my sister was sitting there with the phone. Apparently, she’d called 911, so five minutes later, the police showed up at my house and I had to tell them that I’d fainted because I put in a tampon. 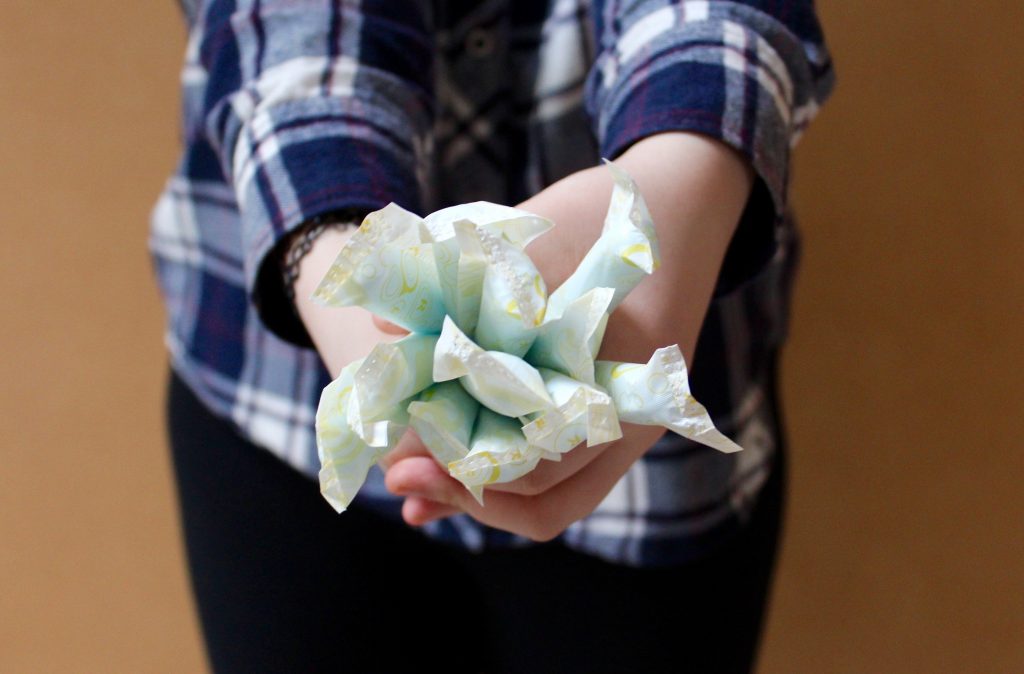 I had no one teach me about my period or tampons. I didn’t know you had to take off the plastic on them, so I used to use the whole thing. One day I did this and I went out for a four-wheeler ride with my cousin. I sat in agony for over an hour wondering why my tampon was hurting me so much. I was practically in tears but I didn’t let my cousin know because we were doing some work for our family. After that, I didn’t use tampons for a while. I didn’t know until a year later that you push it up into you.

Once, at work, it looked like I was doing a drug deal, but my friend was just giving me a tampon. God forbid anyone sees a tampon in public. My manager took me back into the office and almost wrote me up because I was too shady, I guess. Then I showed the tampon to him and he just started laughing his ass off.

My first time trying on a tampon was my freshman year of college and I got scared to take it out so I called 911 and an ambulance came to get me and I went to the ER just so someone could pull it out. It was only in for like 2 hours, too. 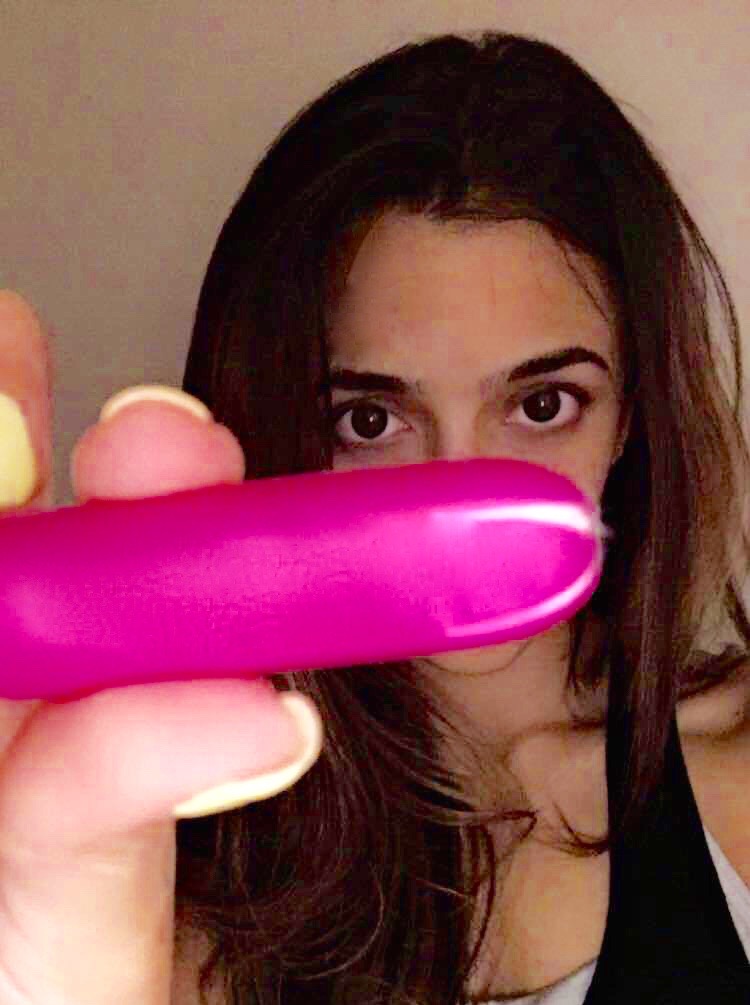 So the first time my sister put a tampon in, I taught her and she hysterically sobbed and wouldn’t take it out. So 24 hours later, me, my mom, my grandma and my younger sister all sat her down in the bathroom and stood there and were her cheerleaders so she would finally pull it out and she just LOUDLY sobbed and finally pulled it out. It was absolutely terrible and dramatic as hell.

I don’t get my period because of my birth-control and I haven’t gotten it in over a year. So today, I put on a pair of really light pink lacy underwear and specifically thought, “Wow, it’s amazing that I don’t get my period because I don’t have to worry about the underwear that I put on.” I’m driving to work in the pouring rain when I realize that I’ve gotten my period and it is aggressive. So I have to put in a tampon while driving in the pouring rain and I cut myself with the plastic applicator. So I had to whip into a random driveway that I was passing, pull napkins out of my glove compartment and emergency fix myself. I arrived to work in a less than calm state of mind. 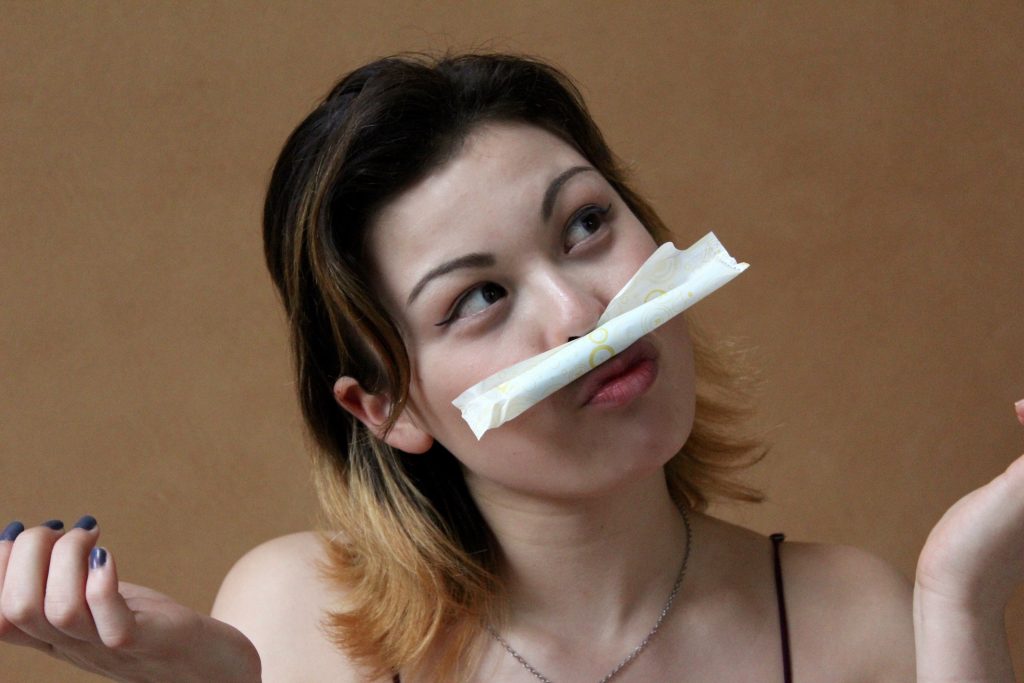 One time a guy was breaking up with me and when I stood up, I had bled all over his bed!

I didn’t get my period until I was 16 years old. Most people agree that’s pretty late. All my friends had gotten it years before and were past that stage in their lives, so I kind of subconsciously stopped expecting it to come. I had been underage drinking at a dance one night and the next day when I went to the bathroom, I got my period, but because I totally forgot that was a thing that was going to happen, I thought my asshole was bleeding. Deathly afraid of my parents finding out I was drinking (Obviously, they would have killed me.), I eventually went to my mom crying, saying I thought I was dying because I drank too much last night and then she told me it was my period and I wanted to die even more.

When I was 14, I tried to put my first tampon up my pee hole instead of my vagina hole because I didn’t know they were two separate things. 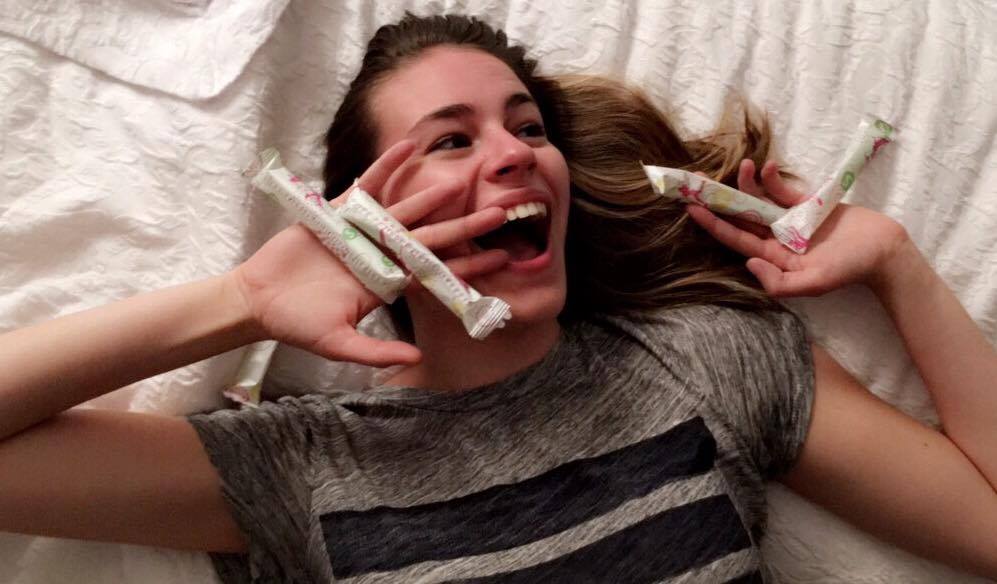 I was having drunk sex and forgot I had my tampon in. It went all the way up (don’t know how the fuck it happened) and I had to stick my finger all the way up to take it out.

I was leaking one time and I had this huge period stain at my daycare job. One of the little boys at my job asked me why I had ketchup on my ass and I was soooo embarrassed. 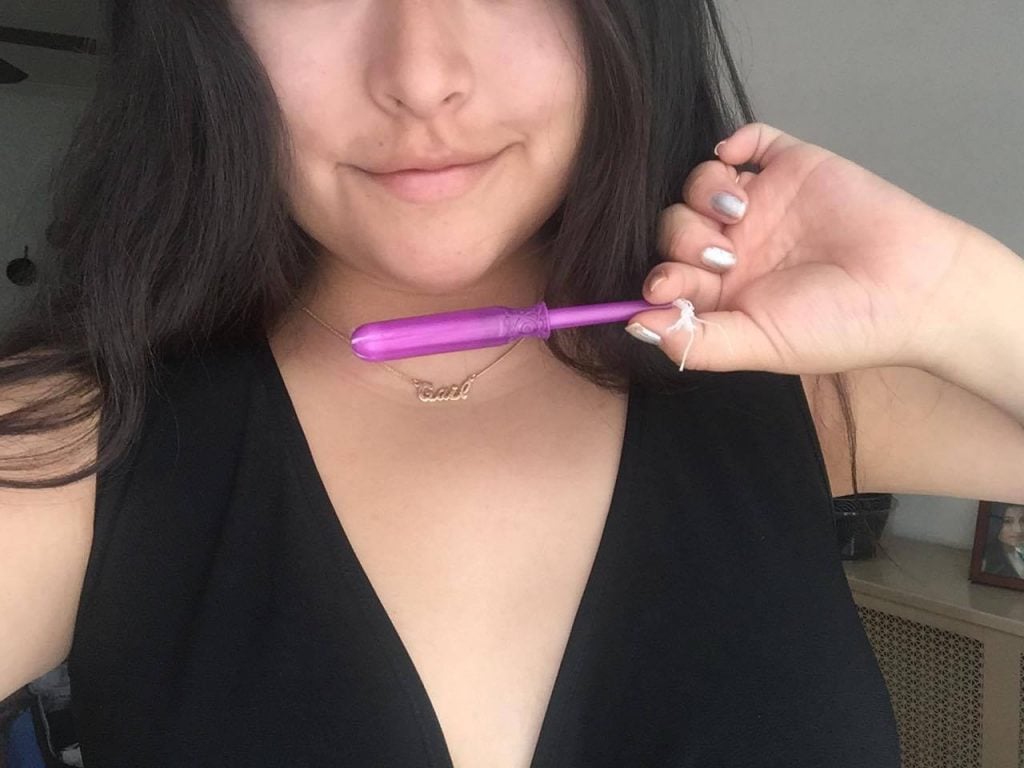 So one time, I was coming back from London and came on my period and got off the train and I’d leaked EVERYWHERE. The seat, my jeans RUINED. I had a 10 minute walk back to my uni house and wanted to jump in a taxi but the taxi drivers were having NONE of it. I had to waddle back to my uni house with blood everywhere.

Last month, my faulty logic was like, “If you use a super plus tampon then you won’t have to change it at all today,” and I was like “Hell, yeah.” Then, 14 hours later, I had to pull a dry-ass tampon the size of a fuckin’ baseball bat out of my vagina and I screamed the whole time. Yesterday I was getting a regular tampon out of my purse and the second I touched it, I had this “That’s So Raven”-esque vision, but of the past instead of the future. I was like, “Wow, will i ever trust myself again?” Also, one time the plastic applicator broke inside me???? So I called my best friend telling her how i wanted my funeral to go and she was just like, “Dude, stick your fingers in there and get it out.” I still died, but it wasn’t that bad.