‘You never hear this person was caught, this person received disciplinary action. It just doesn’t help’

One in six American women have been the victim of rape, and 54 percent of all sexual assault victims are aged 18-34.

In 1990, the US government passed a law known as the Jeanne Clery Act, which states that any college or university that receives federal funding must release information on crimes that have occurred. Colleges also have to inform people whether or not there’s still a threat.

Penn State has been notoriously bad at complying with the Clery Act. In November of 2016, Penn State got slammed with a massive $2.4 million fine for failing to report on the Sandusky scandal, the biggest fine given to a university for not following the Clery Act.

The university has improved somewhat, as they send out regular crime alerts through a system called PSUAlert. These reports are sent directly to students via email and texts and are usually regarding sexual assault. To find out how well PSUAlert actually works, we interviewed eight Penn State students to see what they think about the alerts, and whether or not it makes them feel safer about sexual assault on campus. 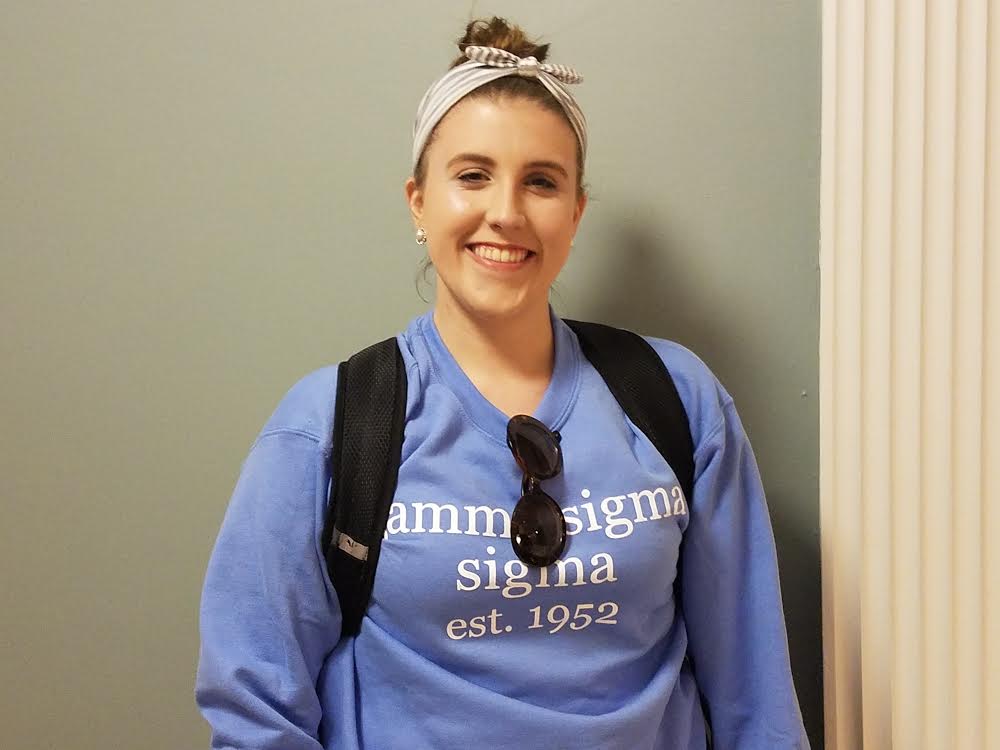 LOL, no would be my answer my answer to both. The alerts are so incomplete…you don’t get any information. It’s like, a sexual assault happened at an undisclosed fraternity off campus, and it’s like, a six-foot-tall white guy. There are so many six-foot-tall white guys walking around campus, so is the person sitting next to me in my lecture hall casually, you know, a rapist? I don’t know. And then there’s never any follow up, like you never hear this person was caught, this person received disciplinary action. It just doesn’t help. I feel like we’re completely in the dark. It’s really frustrating.

Do you think there’s any way the university could make PSUAlert better?

I would really like follow-ups, maybe just as a thing at the end of the year, as like a released report. To me, sometimes I don’t even know if these were seriously investigated. Are these people still walking around campus? I also think this is an overall Penn State problem, but they’re much more concerned about preserving their image than they are about protecting the safety of the students. 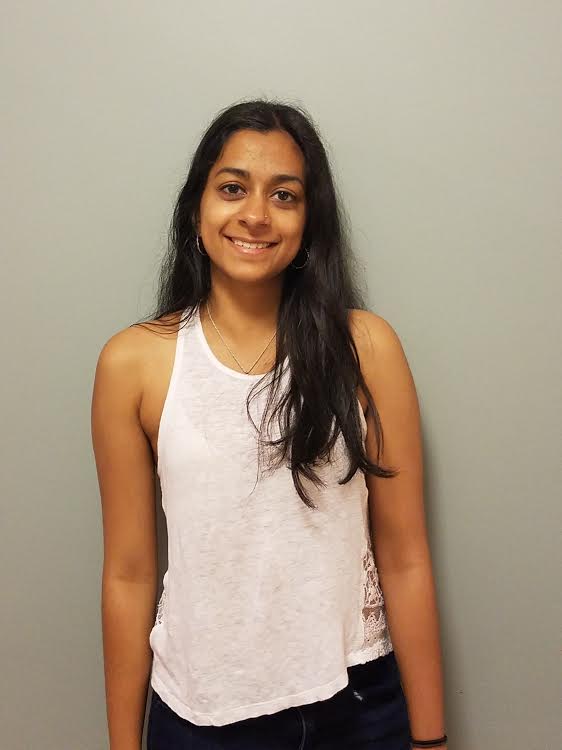 I wouldn’t necessarily say it makes me feel safer. It’s nice that they notify us when this kind of thing happens, but they give us absolutely no information about the incident. It’s always: a sexual assault was reported in this unreported fraternity house by someone we can only confirm to be male. It’s like, cool, thank you for no information at all.

Do you feel like there’s not been enough attention paid to sexual assault compared to other crimes on campus?

As a Student Conduct Advisor, I do deal with certain sexual assault cases, and I know that those have a lot of investigation. I feel like one of the reasons they’re not as in depth, or it may not look like the university is looking into them is because they tend to keep that kind of stuff under wraps and less people will talk about it. It’s more of a touchy subject. If they find out any allegation is false, that person’s life is still ruined from having that kind of allegation against them. 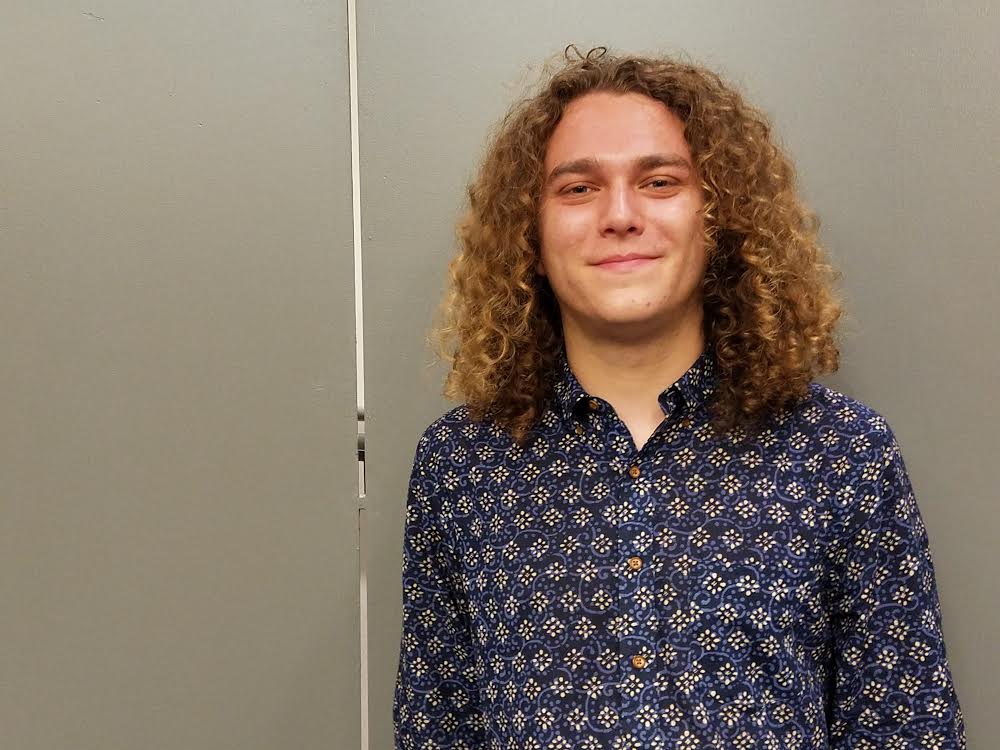 Do you think PSUAlert is effective and from a male perspective, does it make you or any women you know feel safer?

From my perspective, it seems more like a raw data tool than something that’s being applied. Certainly, I’ve never heard anyone say something positive, like be thankful that they received an alert. In fact, the only time I really hear it spoken about is more so…that it’s a constant reminder that sexual assault is a problem on campus.

Do you feel like they give you enough information?

I feel like there’s a measure of confidentiality because of the nature of sexual assault – it’s important to withhold as much as you can. Particularly when the victim is pursuing legal action, I know from personal experience having worked with a number of friends and colleagues, that it can just add more stress the more public it becomes. I think maybe if we use the data that we’re getting from it more effectively…like if the university took it upon themselves to apply the data and say, “Look, this is a problem and we are serious about it.” 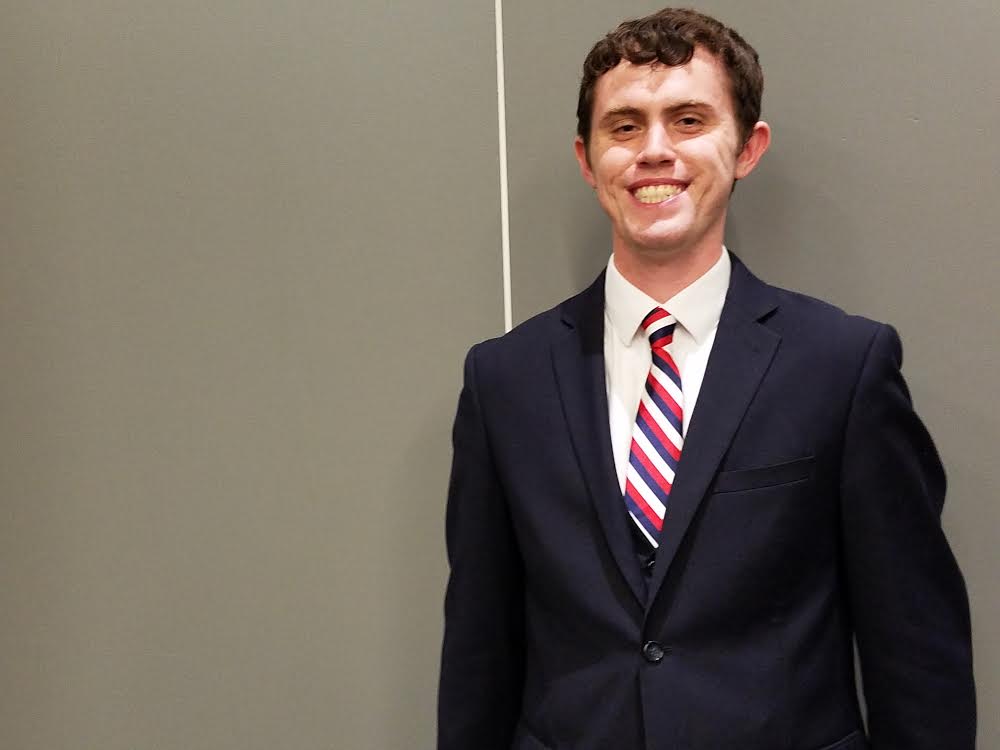 Do you think PSUAlert is effective and from a male perspective, does it make you or any women you know feel safer?

I think it’s an effective system as long as it’s followed properly, like letting people know what’s happened and what’s going on. I wouldn’t necessarily say that I’ve felt particularly safer as a result. That could be because it’s a different sort of perspective from me as [opposed to] a woman. I don’t also particularly know of anyone who’s said it makes them feel safer. I feel like a lot of the time, it acts sort of as a source of aggravation because it highlights how often these sorts of things happen.

Do you feel that Penn State is just doing this as a formality?

I do think just in general universities and the bureaucracy coming with all that comes across as not genuine most of the time. There’s really no sign of action that something’s being done to stop something like this from happening…there does not seem to be an active effort on the university’s part to try to make sure men and women are safe. There needs to be a way or an effort to show that this information is being taken into consideration. 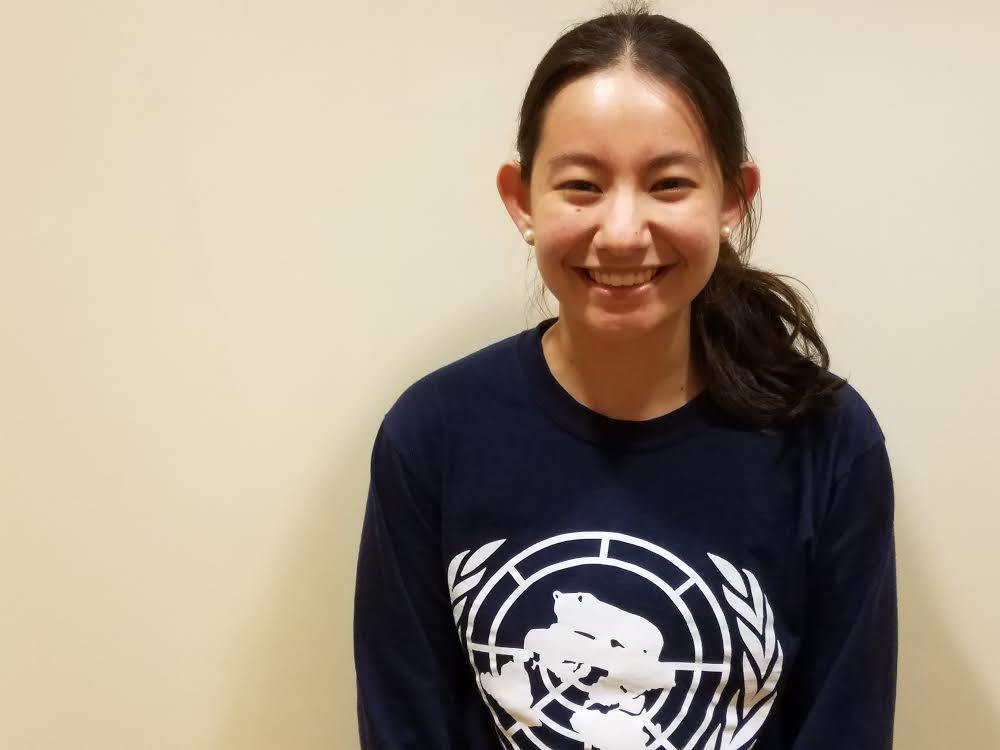 I would say it’s effective in terms of distributing information about the things that are happening on campus, but I don’t necessarily think it makes me feel any safer. In terms of information, I think enough is provided. It’s just more like, if you want to look at actually preventing sexual assault that’s a change in culture, and that’s not going to be fixed by just providing information about assaults that happen on campus.

Do you think Penn State is doing anything to change that culture?

I’m not sure Penn State as a whole is doing that much to counter sexual assault on campus. I know there’s definitely groups on campus that are working to fight sexual assault, but I wouldn’t say I’ve seen a huge push from the university as a whole to counter [these] issues. Changes in culture have to come from within. The university should certainly be vocal about it and making sure the institutions are in place for people that do have issues with it. 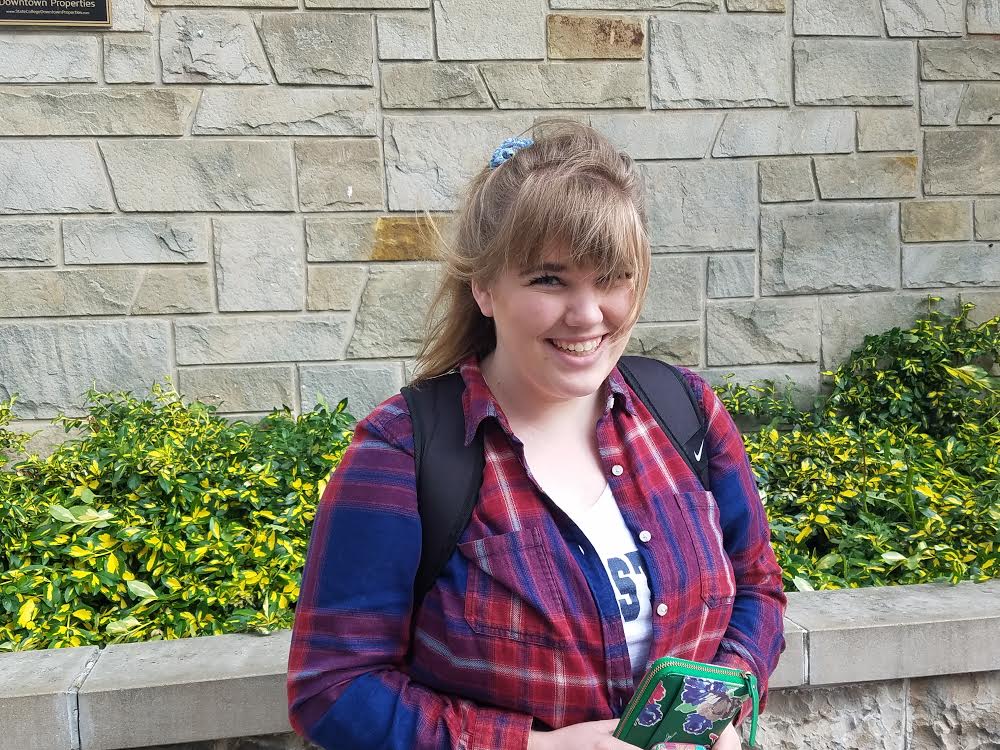 Short answer, no. It’s kind of like, FYI, there was a sexual assault, and there’s never really any information about it. So it’s not like, there’s a known attacker that’s still at large…there really is no benefit I feel like, it’s just kind of fear almost. Although, we did talk about in one of my classes that it may promote more girls to report sexual assaults. That could be a benefit.

Do you think they should give you more information on whether or not there’s still a threat?

Yeah, I think that would be useful to have. I’m not really sure…what happens after the text alerts. I don’t know how much Penn State pursues them, that’d be nice to know. And if there were repercussions, I think we should know how the system actually works at Penn State. I think obviously protecting the identity of the victim is very important, but if there is still a larger threat, I feel like that kind of outweighs the attacker’s privacy. 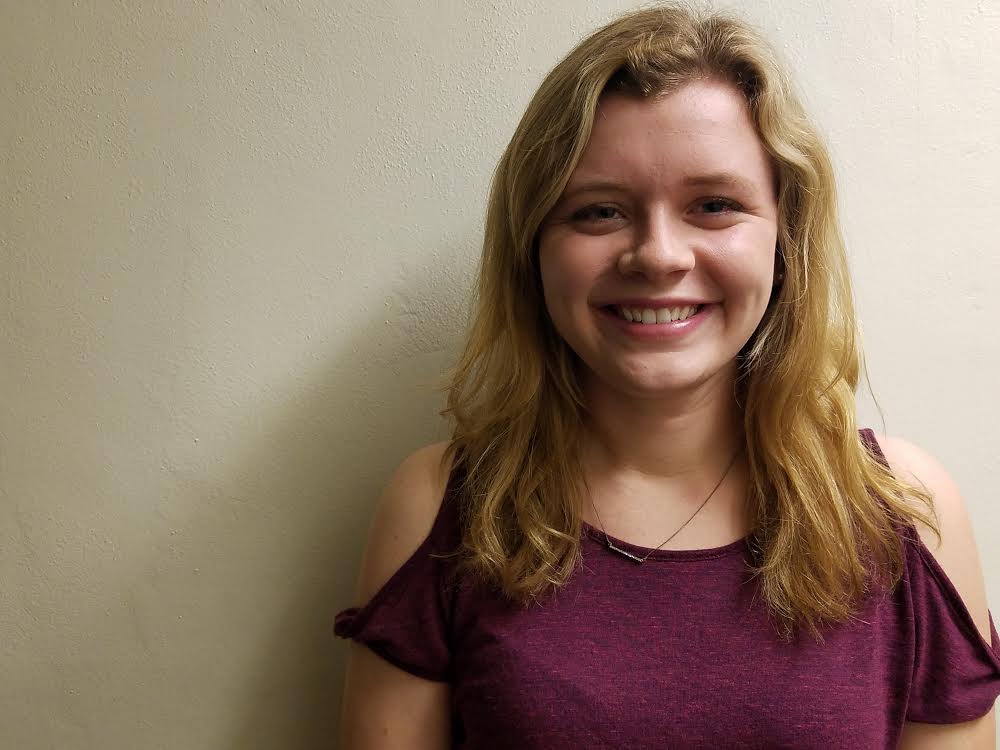 That’s tough. I think it’s effective in the sense [that] we receive them through both email and text…everyone checks their emails and everyone reads their texts. In the sense of the information they provide, now granted I don’t know what they’re allowed to provide by law, a lot of them are exceptionally vague. As for safety, they don’t necessarily make me feel safer, I’m not really reassured by them.

Do they make you feel like the university is doing something about sexual assault?

I think there’s more to be done, of course, but I am glad that they are doing something. Whether they’re doing as well as they could, it’s tough to say because I don’t see what goes on with the reporting end of it. We could be frustrated looking at this, feeling like Penn State’s not reporting anything to us, but we don’t necessarily know what goes on with the other side. Perhaps potentially stressing the importance of reading the reports is something the university could do a better job of. 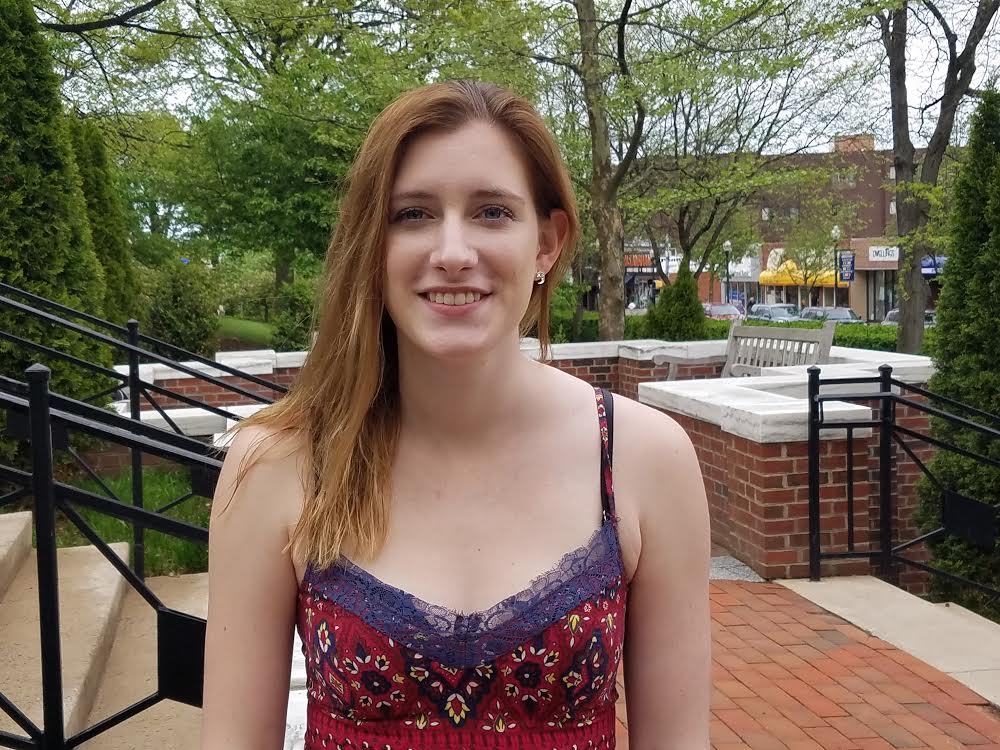 It doesn’t do anything except for fearmonger. It doesn’t do anything at all actually, in my opinion. What always ends up happening is it turns into people blaming each other. They aren’t actually sympathizing with the victim, it’s just like, “Oh, there it is again.” And the thing is, with so many students here, if you do give even a vague description…it could describe a lot of people. Suddenly, someone’s walking down the street, and they see a six-foot-tall guy with brown hair and they get scared.

Do you feel that Penn State is just doing the bare minimum, or could they be doing more?

It’s more of a cultural than a school thing, and while I think Penn State is doing the bare minimum, I don’t know what else they could do. It’s unfortunate, but we need to change the culture, and it has to be a student wide movement to try to promote change. I hope that things do change.