Attending Movin’ On as a freshman: Expectations vs. reality

A guide on what to expect your freshman year of Movin’ On.

With my freshman year at and end, I couldn’t wait to enjoy the much anticipated Movin’ On. Classes had finished, I had no finals to study for, and I couldn’t wait to finally get to relax and listen to some live music. I think all of the freshman had an expectation for how the event would go, here’s the reality of the day.

Expectation: It will be packed from the very beginning.

Reality: Barely anyone showed up for the concert until Clean Bandit performed.

Expectation: The food would be free.

Reality: The booths charged more for a lemonade than a small meal in the dining commons. If you were hungry, you better have planned on paying more than $5 for a meal. Unless you hit up the taco stand. 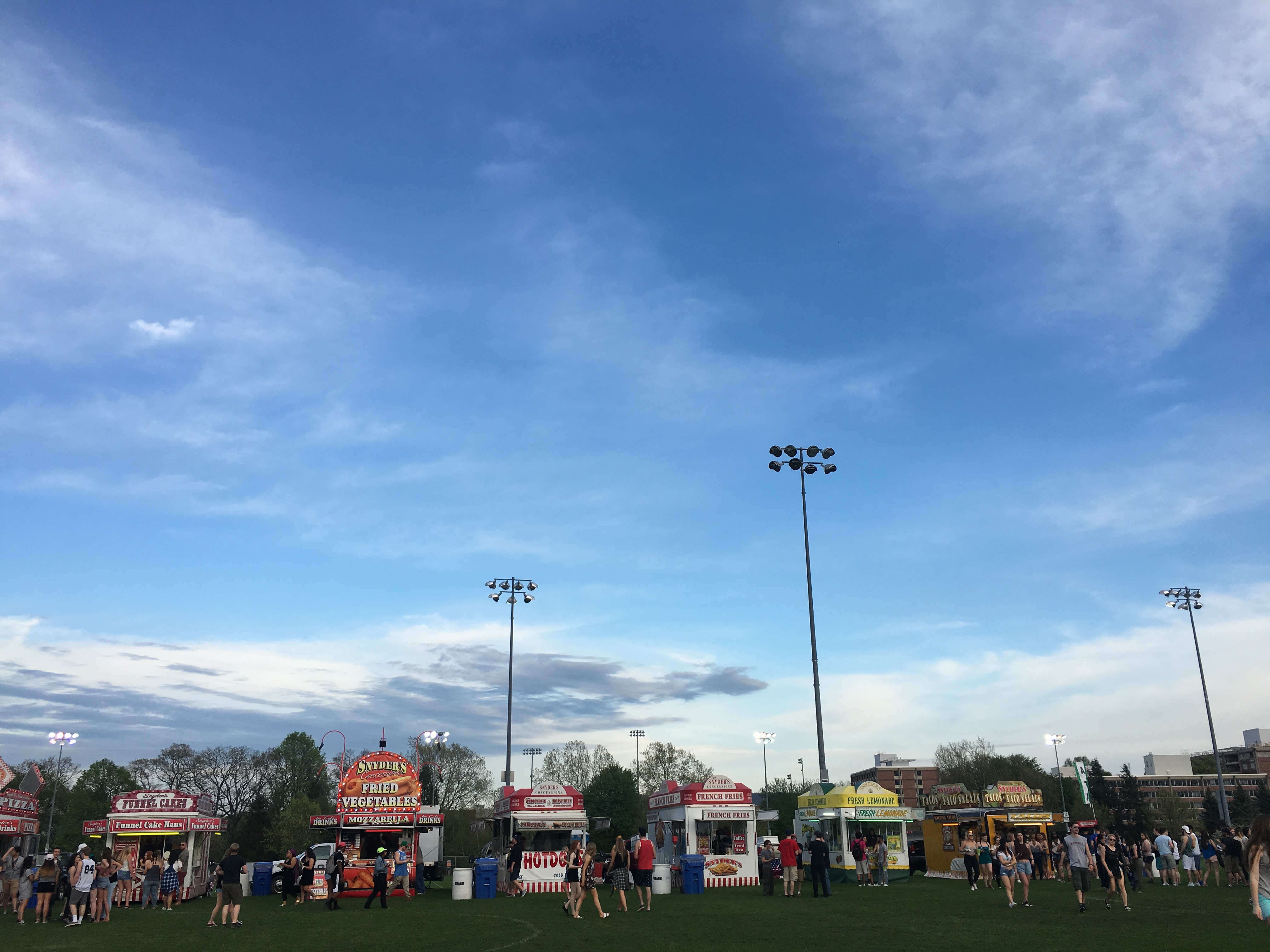 Expectation: There would only be carnival food.

Reality: There was a super tasty taco truck where you could get free food for discovering your spirit taco. Chaco footwear teamed up with Snyder Tacos and helped you discover your spirit taco.

I can now happily say my spirit taco is the Vincent-Van Gogh. 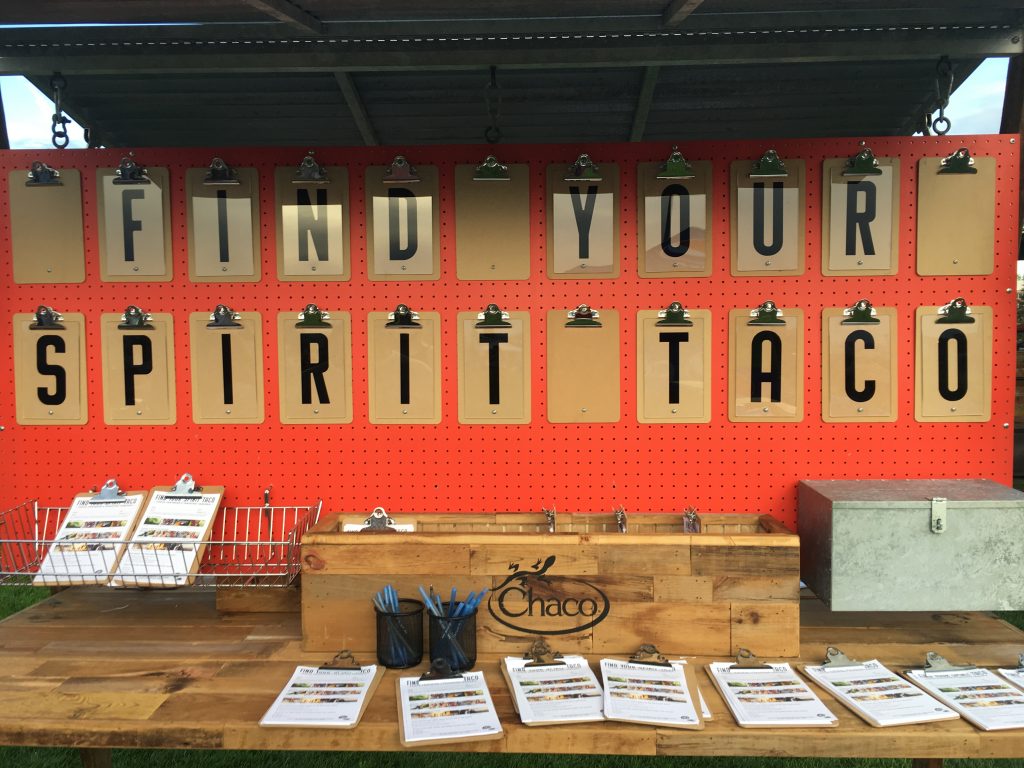 Expectation: We all thought D.R.A.M. was going to start with Broccoli.

Reality: He didn’t sing the song until the crowd begged for an encore. Then he went on to sing it twice.

Expectation: It would be a laid-back end of the year concert.

Reality: It was full blown miniature Coachella consisting of festival outfits and of course a T-Rex. 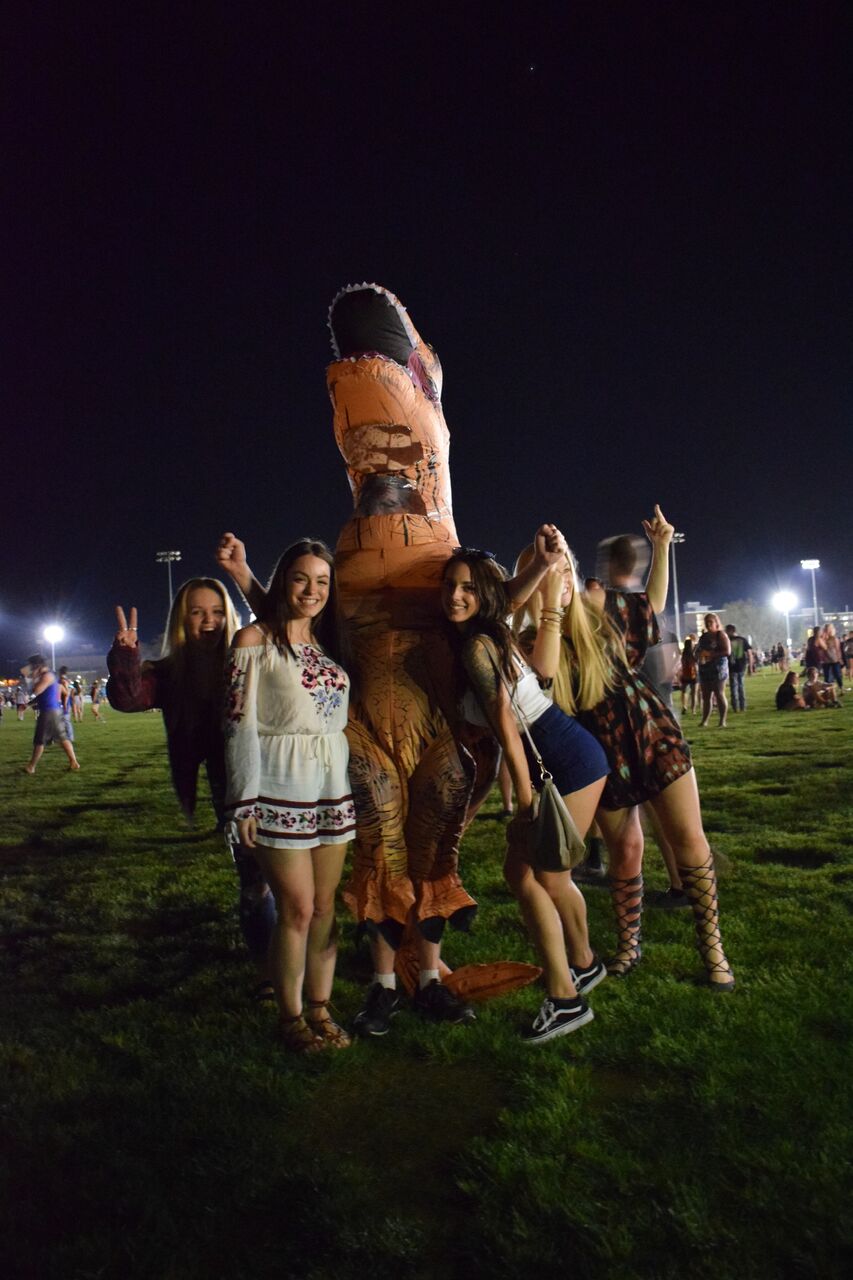 Expectation: It would be easy to snag a front row seat to the different acts.

Reality: This was true for the first two acts because, like I said, barely anyone was there. But if you wanted a front row seat to Clean Bandit, All-Time Low, or Two-Door Cinema Club, you better have been ready to push your way through the mosh-pit of a crowd. 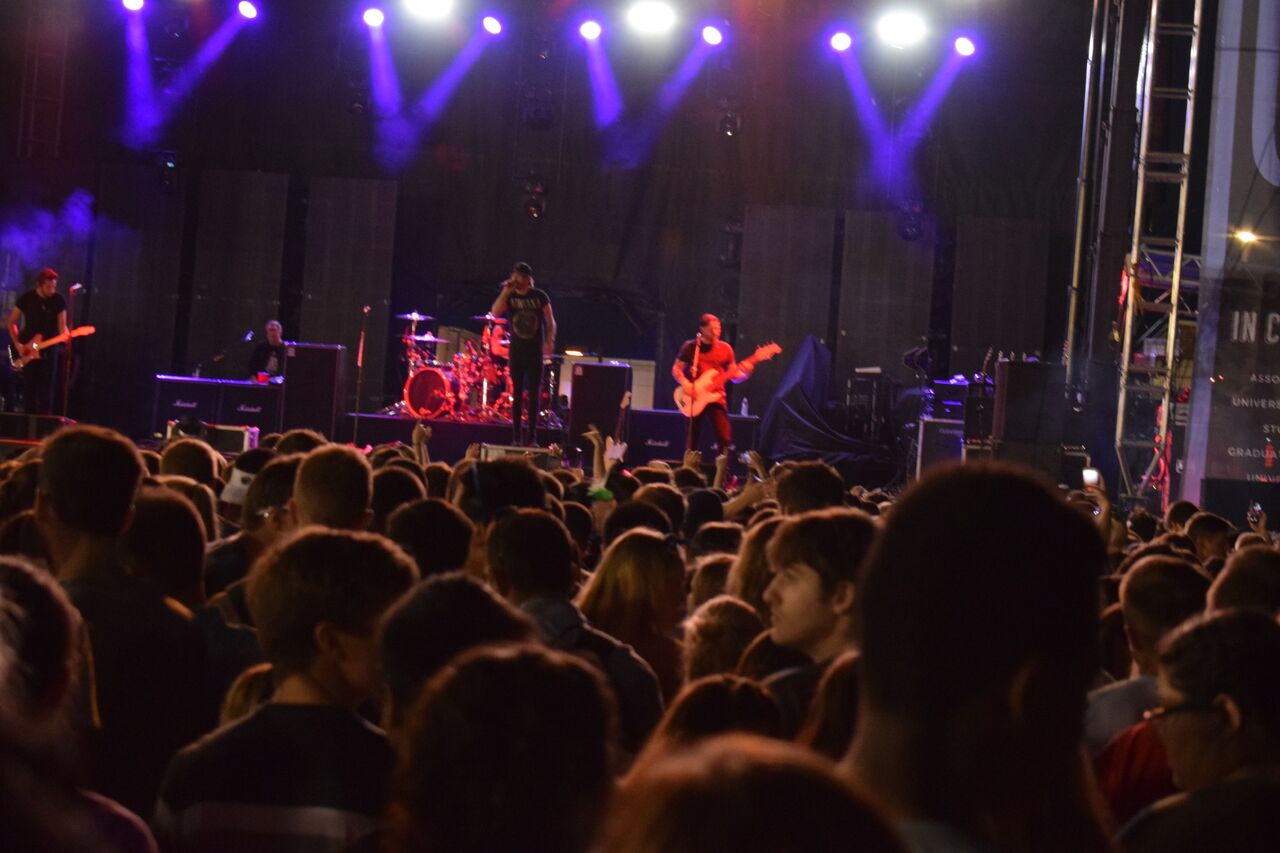 Reality: I enjoyed every act. The first two bands though smaller, still had great energy and sound. They made the best of their earlier time slots and I even got a picture with Stephen Barker Liles, from Love and Theft, and some for the members of Clean Bandit after the show. It was nice to get a more personal concert from these great artists. 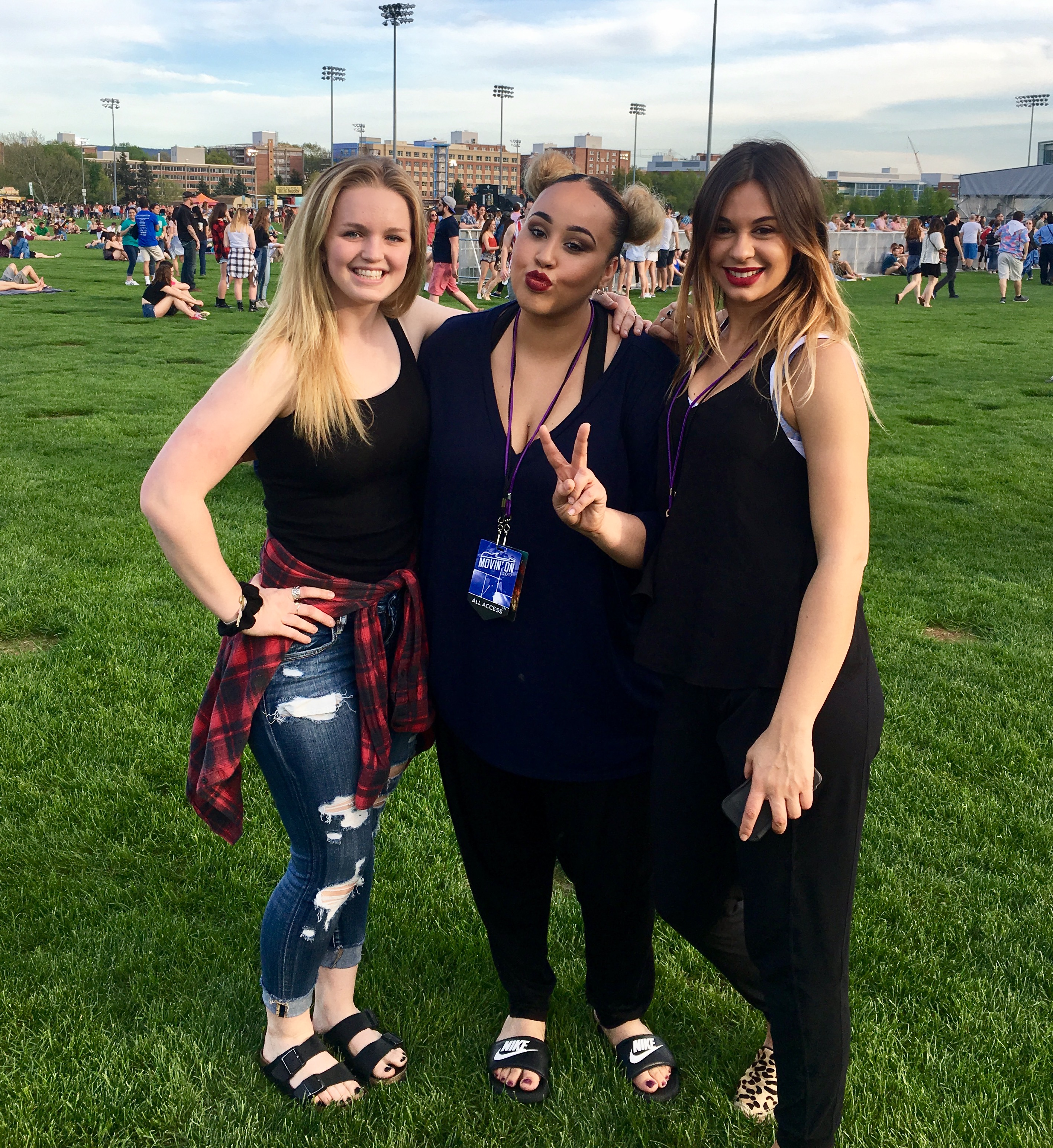 Reality: They were the most hyped band of the night. They had a great light show to accompany their performance and the field was packed. They were the perfect band to end the night!

Expectation: I would be attending the concert with all of my friends.

Reality: Most of my them  were cramming for finals, so they didn’t show up until the end of the concert. But, this let me meet new people and gave me some time to relax on the grass and enjoy the music.

Expectation: I would take a billion artsy pictures.

Reality: I ended up deciding to photobomb other people’s artsy pictures.

Expectation: I would take super cute best friend pictures with them on my shoulders.

Reality: Putting a full size human on your shoulders is not an easy task. 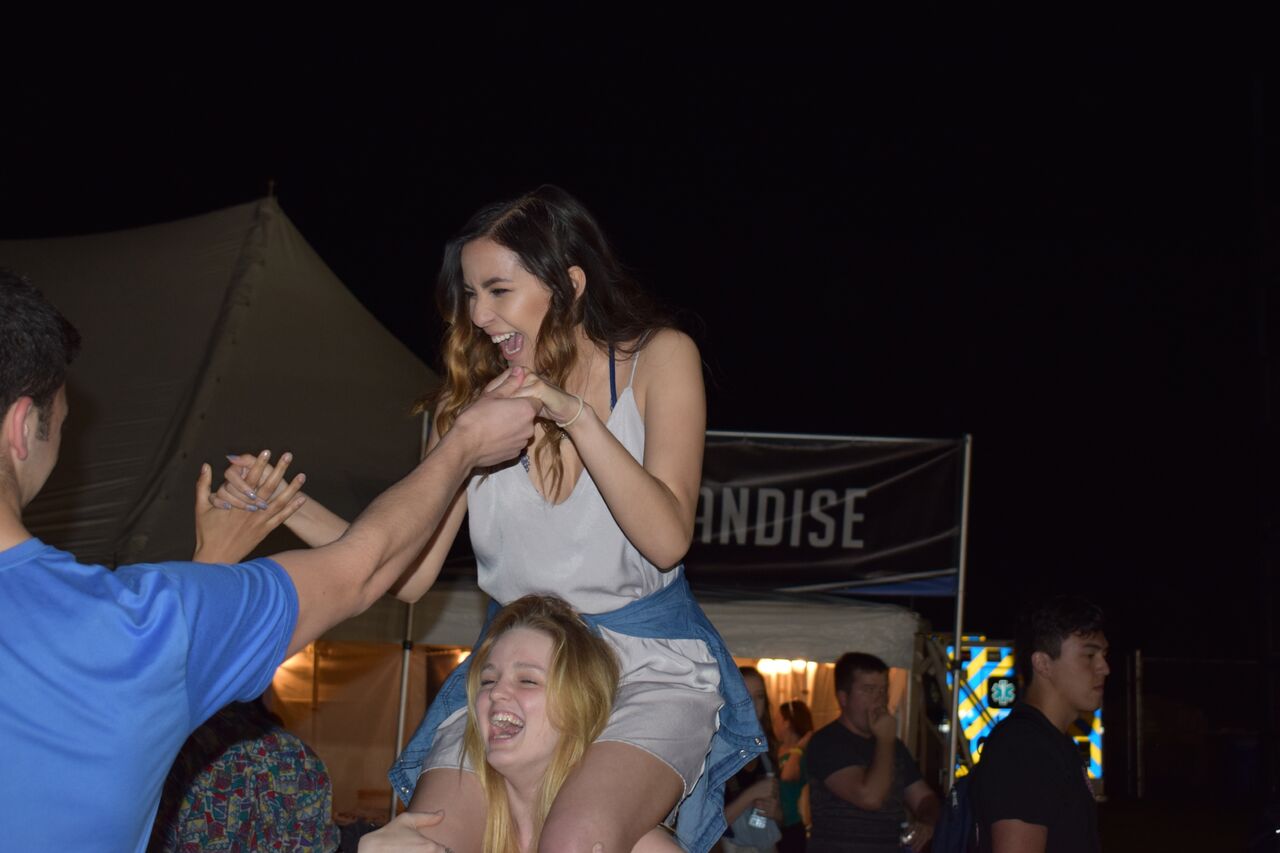 Expectation: I assumed the day wasn’t going to be super eventful.

Reality: It was a super fun day full of great live music, and quality time with friends. It was a great way to end my freshman year.