Tuesday night, Sisters on the Runway held its third annual fashion show, which opened with a powerful video titled “Every 107,” telling the stories of three sexual assault survivors.

“SOTR means an infinite amount of things to me. It has been a place of continued healing since leaving my abuser, while allowing me to give back to those who need it as well,” said Alexandra Couch, secretary of SOTR and next year’s President, who gave a speech on her personal experience with domestic violence. “The Centre County Women’s Resource Center is an amazing place and I couldn’t imagine a safe space like them not existing.”

The night featured numerous guest speakers, musical performances, snacks and of course, students modeling a variety of clothing from downtown and other brands including stores such as Connections, Dwellings and Looks Downtown. The event raised $4,355, which will be donated to the Centre County Women’s Resource Center. 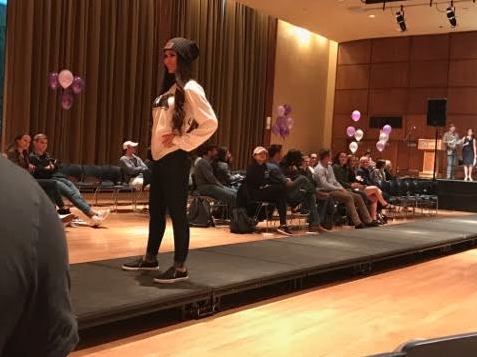 “October is Domestic Violence Awareness Month. But we don’t stop talking about this issue when October is over. We need to keep the conversation going. We need to change the culture and address the social norms that are allowing this to happen,” said Dawn McKee, a representative from Center County Women’s Resource Center.

“Organizations need to get involved. We need to raise awareness. We need to stop blaming victims. We need to stop telling people how to not get raped and instead tell people you shouldn’t rape. When we blame victims, we excuse the perpetrator’s behavior.”

SOTR has provided services to 1,157 people. 74 of those people are Penn State students. The fight is far from over. But they need as much support from the community as possible. 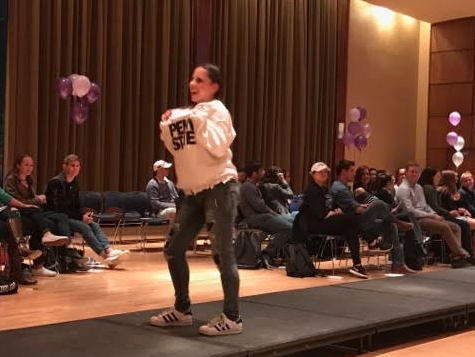 “People should get involved because the money is going to a great cause. The Center supplies services to women and children in need, who need to rely on counselors and volunteers to remove them from harmful situations,” said Couch. “Raising awareness about DV is just the start – the work we do aims to inform the public and help battle the statistics.”

According to the National Coalition Against Domestic Violence (NCADV), on average, nearly 20 people per minute are physically abused by an intimate partner in the U.S. During one year, this equates to more than 10 million women and men. In 2005, Sisters Of The Runway decided to do something about this epidemic.

Sisters on the Runway was founded by three high school students in Montclair, New Jersey and ever since has raised over $50,000 to aid the fight against domestic violence. In 2015, the student-run organization hosted its first fashion show at Penn State, in which all the proceeds go directly to The Centre County Women’s Resource Center which provides emergency shelter and education to the State College community.

If you or someone you know is suffering from domestic violence, seek out the resources available to you. You can call the Center County Women’s 24/7 Hotline at 1-877-234-5050. You won’t have to go through this fight alone.