Penn State girls are one of a kind. We can get up at 7am on game day, shotgun Natty Light and still have energy for the bars afterwards. We know how to survive sylly week and we still get our assignments in on time.

There are a lot of differences among us, but we’re all strong boss women who know how to manage college. In an attempt to prove that Penn State girls are awesome, we asked guys on Tinder what they think our best quality is. We may be a little biased, but sometimes we just need positive reinforcement.

Here are some of the best responses: 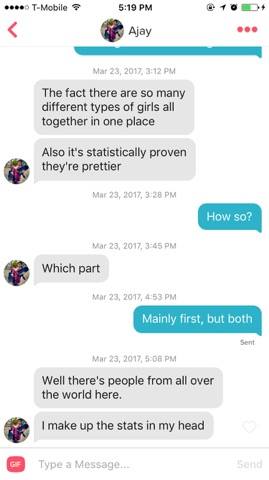 Other guys also agreed that Penn State girls are prettier. 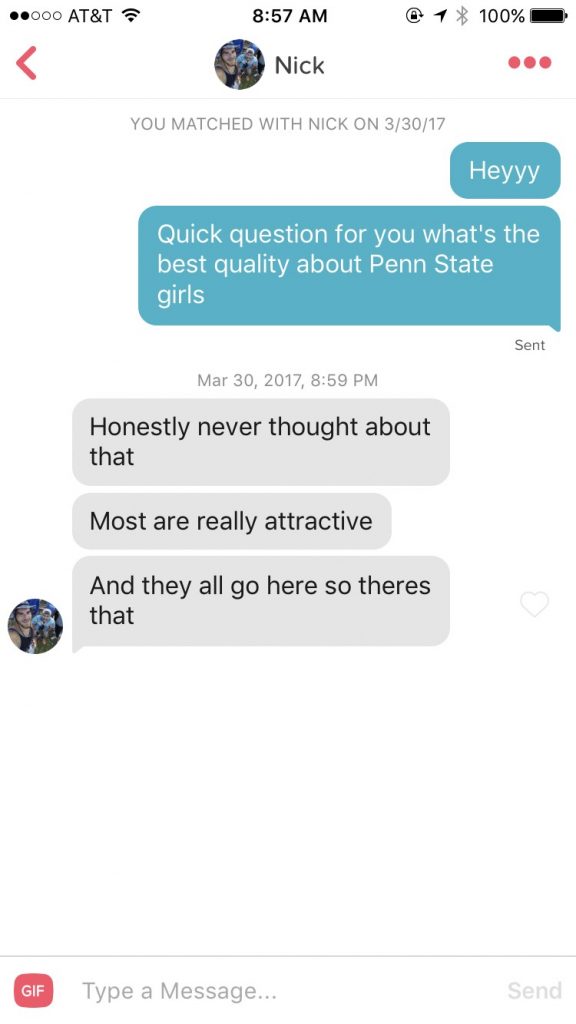 We tell it how it is

Guys like that we’re upfront with them and that we don’t try to disguise our intentions. 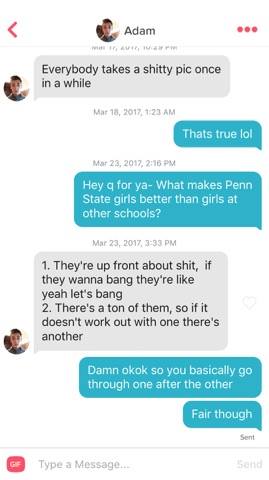 Some guys weren’t sure what to answer at first, but they liked the fact that we go to the same school so there must be something about us. 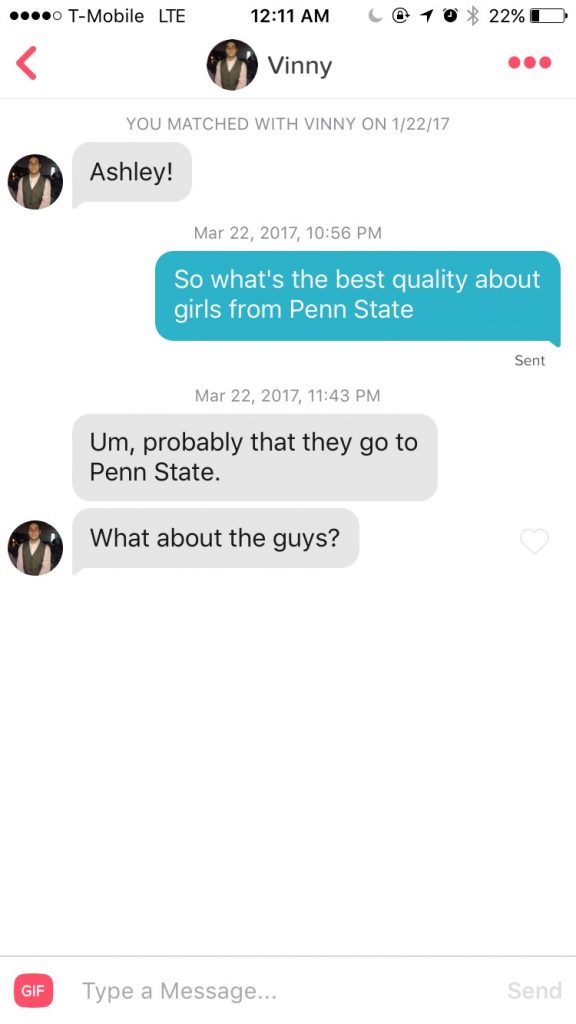 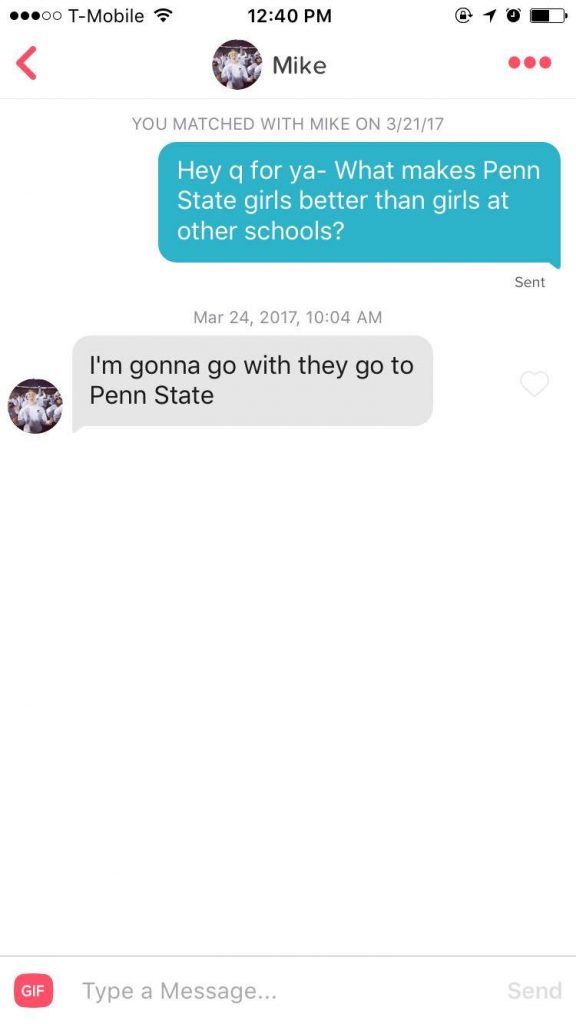 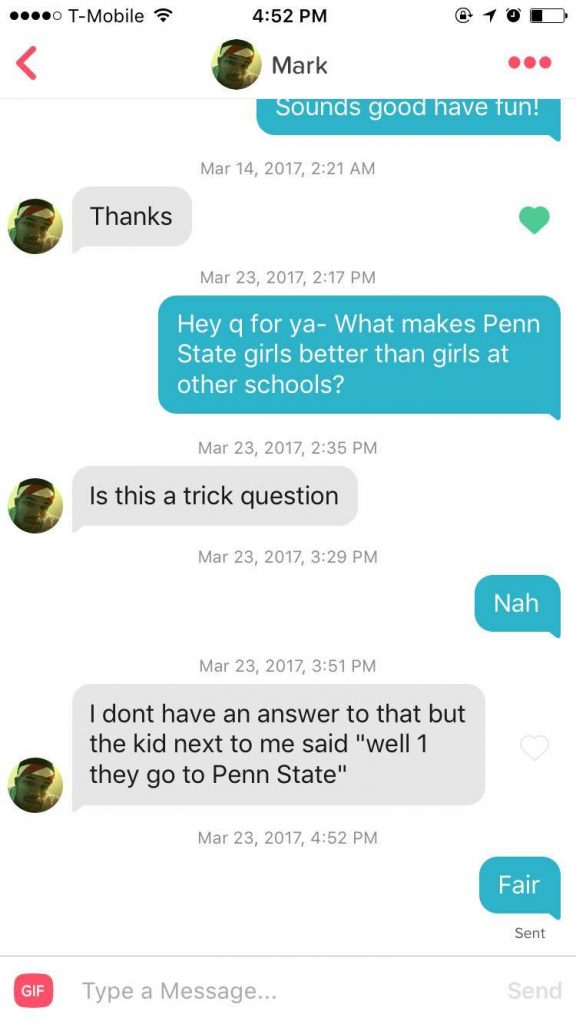 Some were also quite witty with their answers 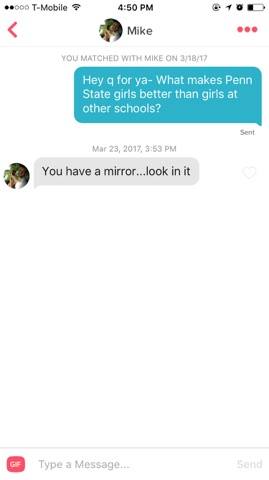 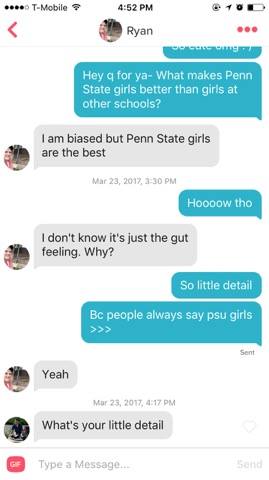 He said it’s just a gut feeling, but we know he’s just trying to be smooth. 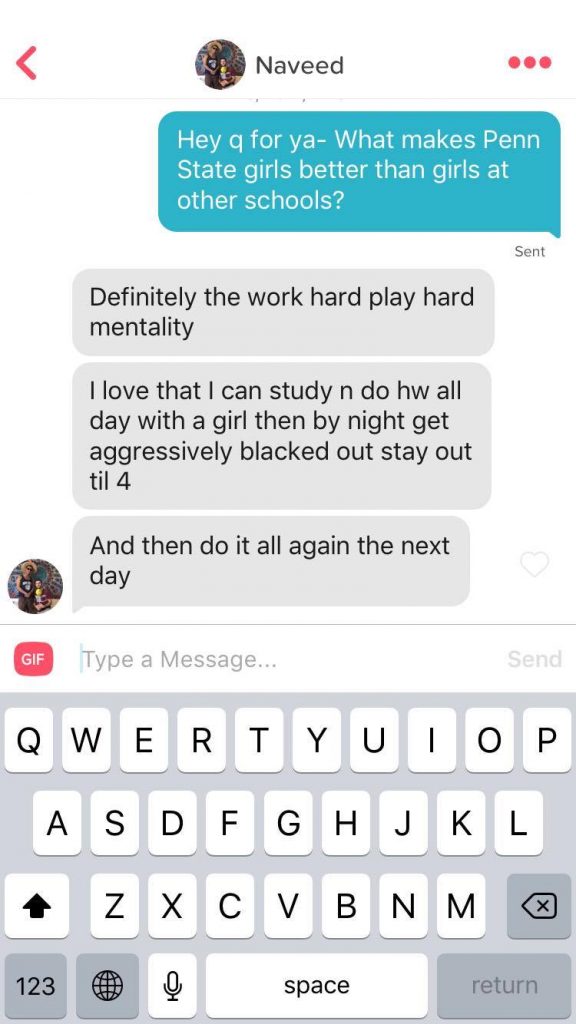 Our other traits include being fun and outgoing. 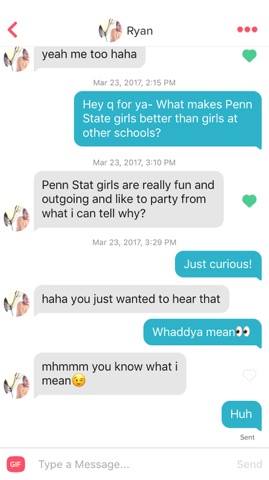 We are willing to try new things 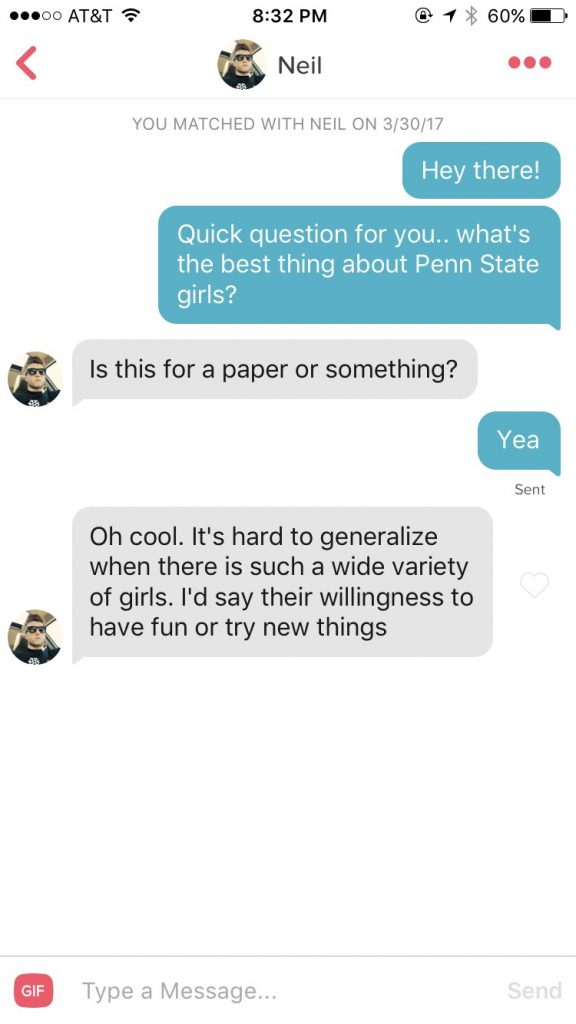 We’re not sure exactly what he meant by that, but we’ll take it as a compliment.

We bleed blue and white 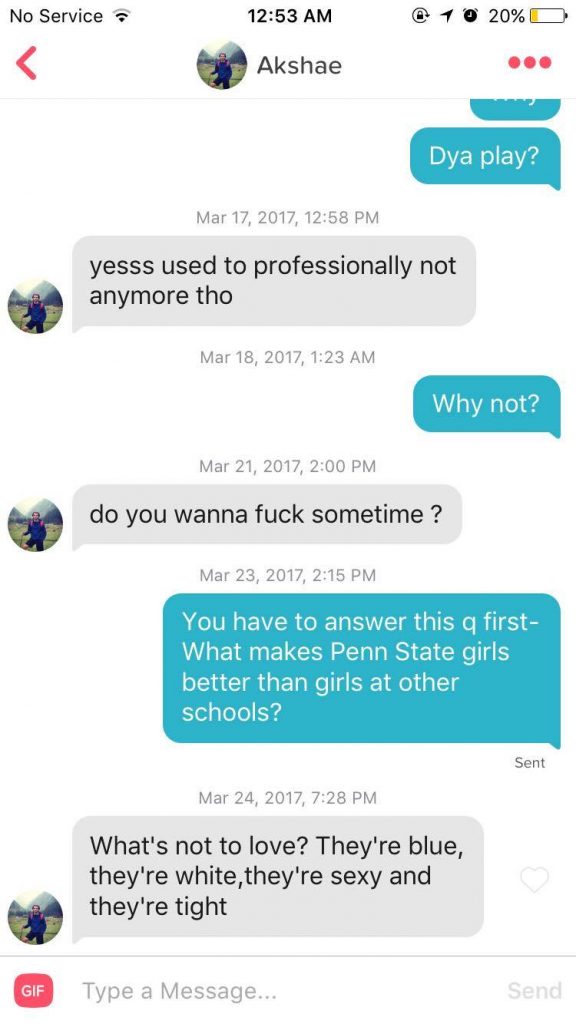 And who doesn’t love blue and white?