Maybe Penn State isn’t in the real March Madness, but we have something better

The Creamery is holding a flavor bracket, and this is so much better than #sports

Penn State’s very own Berkey Creamery created an online tournament to determine the most popular ice cream flavor once and for all, and they are calling it Flavor Madness. Jim Brown, the Creamery’s assistant manager, was quoted saying that hopes that this will become “a beloved new March tradition at the Creamery.”

It might be a little cheesy, but what else are we suppose to do if we can’t cheer on the actual Nittany Lion’s basketball team? Here’s your guide to how it all works: 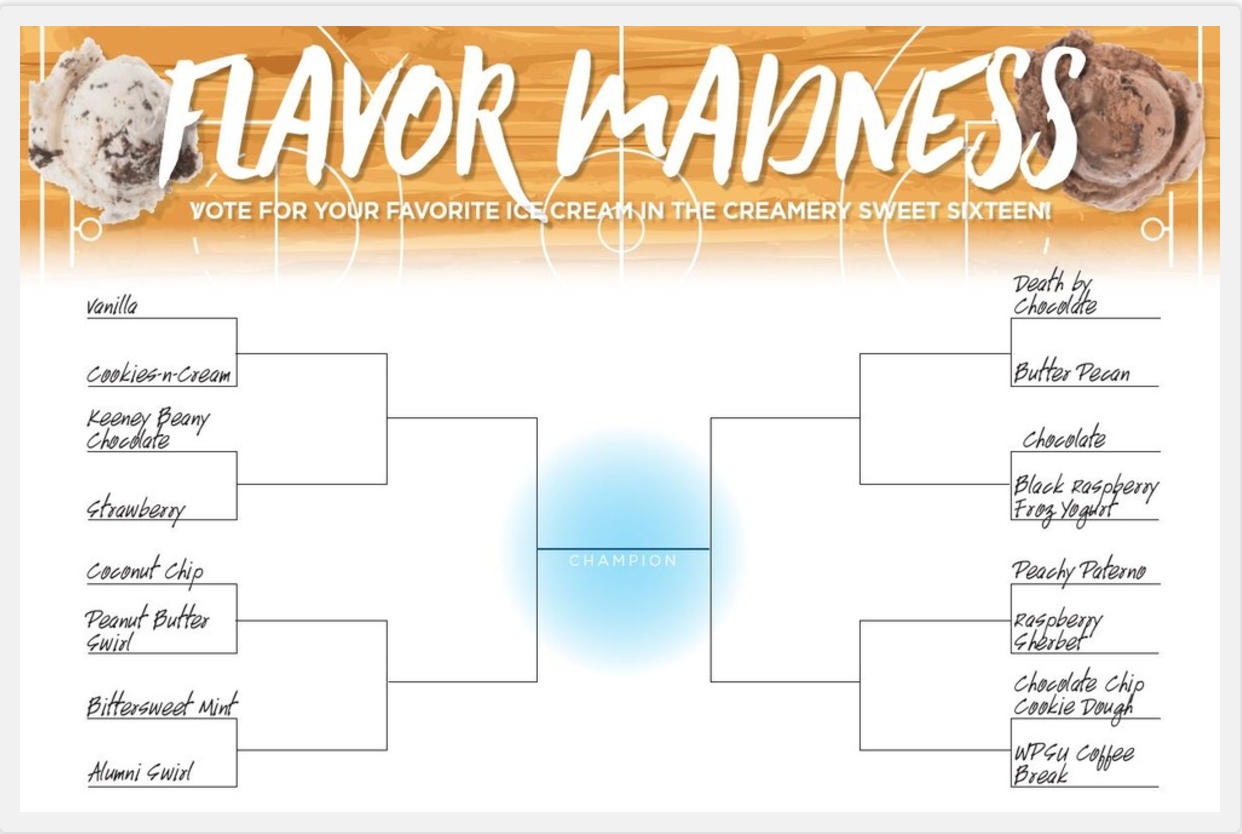 PSU students and fans all around the world will vote on the Creamery’s website from March 16th to 19th in the first round, dubbed The Creamery Sweet 16. Voting is set up in four different divisions: 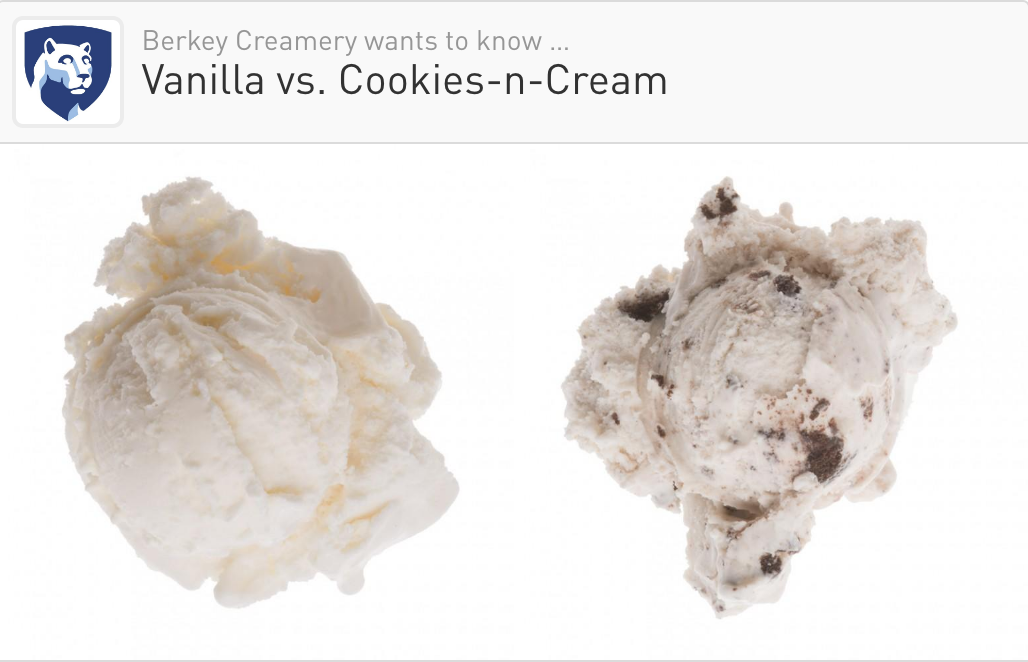 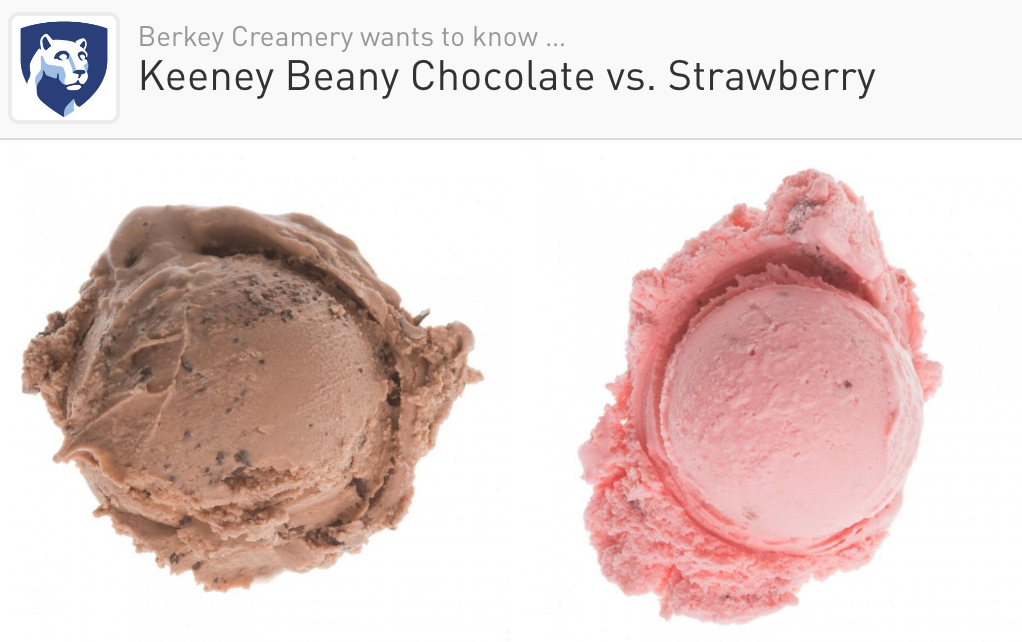 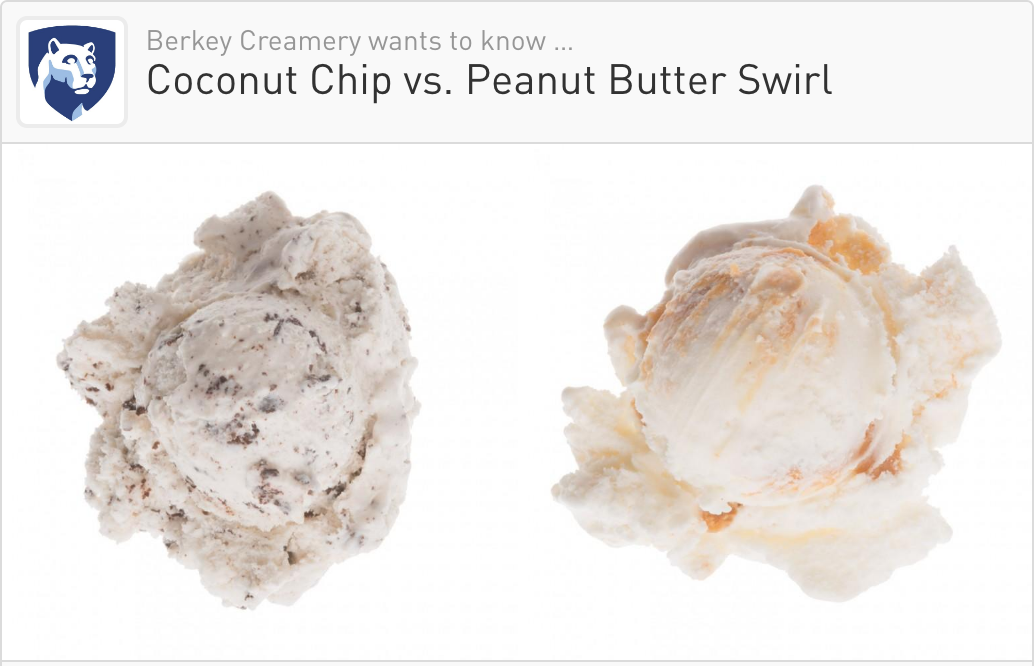 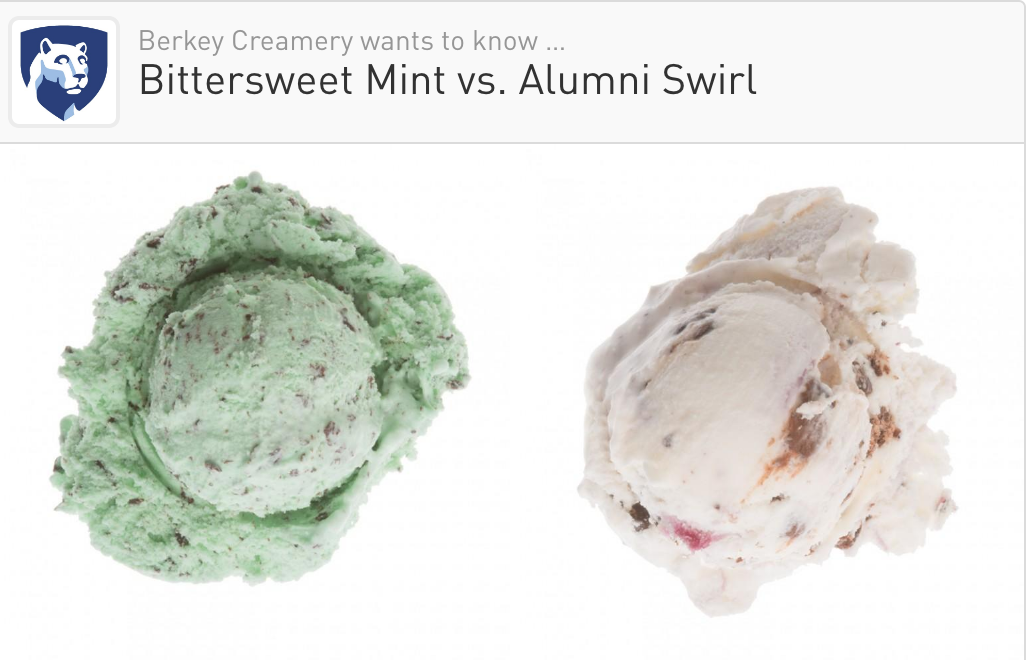 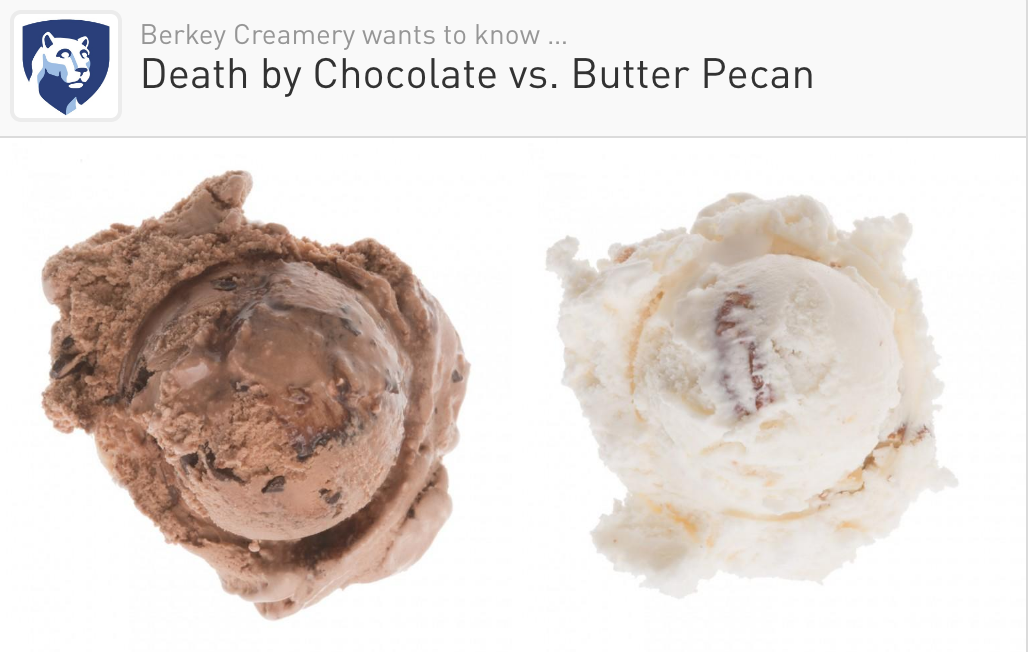 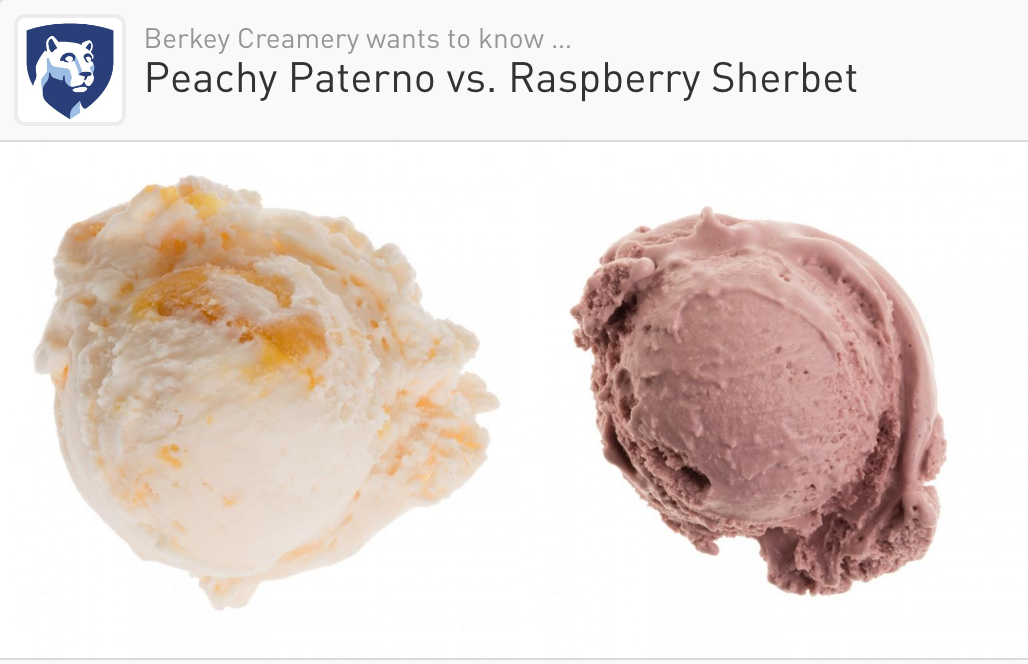 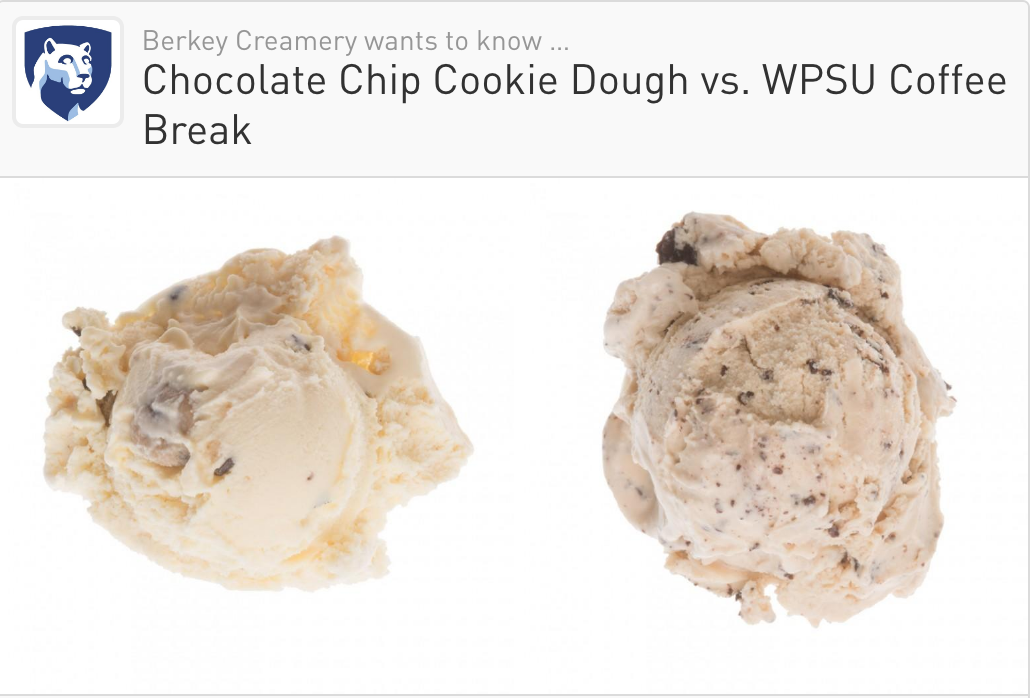 On March 20, the eight winners will move on to the next round–The Elite Ate (Get it?). Polls will be open from March 21-26. Those winners will then move to the Flavorful Four and we’ll be able to vote for our favorite from March 27-April 2. Then, the two finalists will move to the last round to compete head to head for our votes from April 2-7  in the championship round aptly named the Tasty Two. Finally, the winner will be crowned the most flavorful of them all on April 10.

Just one question, how are we ever supposed to choose?