His cousin, Shep Garner, is the point guard

Last night, Flavor Flav was spotted at the Verizon Center cheering on the Nittany Lions Basketball team as they beat Nebraska, and despite not being decked out in Penn State gear, he was wearing his signature clock.

It turns out that PSU’s point Guard is Flavor Flav’s cousin. According to the Washington Post, he flew from Vegas just to support his cousin and the Lions.

This isn’t the first time that Flavor Flav showed his love for the Lions. He’s been to multiple Penn State football games and is a huge fan of Coach James Franklin. Not to mention that time he wore a Penn State shirt while telling the weather

Just add that to the list of reasons we go to the greatest school on earth… we’re Flavor Flav approved. 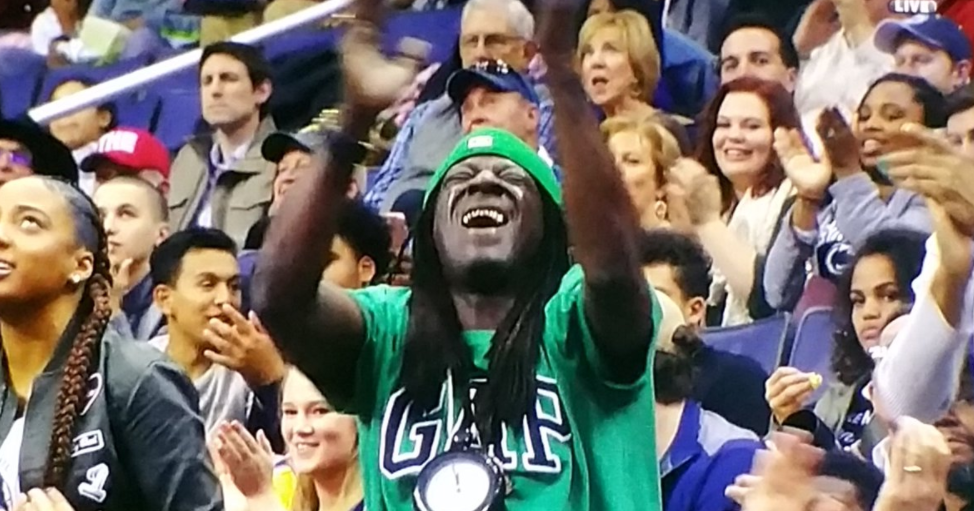