What actually happened at the Clown Riot of 2016?

‘No matter where you come from, your color, your religion, your creed – we can all agree on one thing: Fuck the clowns’

At around midnight Monday night, Penn State students heard large packs of people sprinting outside their dorm rooms and apartments, yelling, running and even chanting. Was it a fist fight? A group of drunk kids coming back from a night out? Nope. It was a clown riot.

Students went into a frenzy surrounding the dorm complexes of East and Pollock Halls as well as downtown and eventually Old Main over an alleged clown sighting, although police confirmed there were no actual clowns. 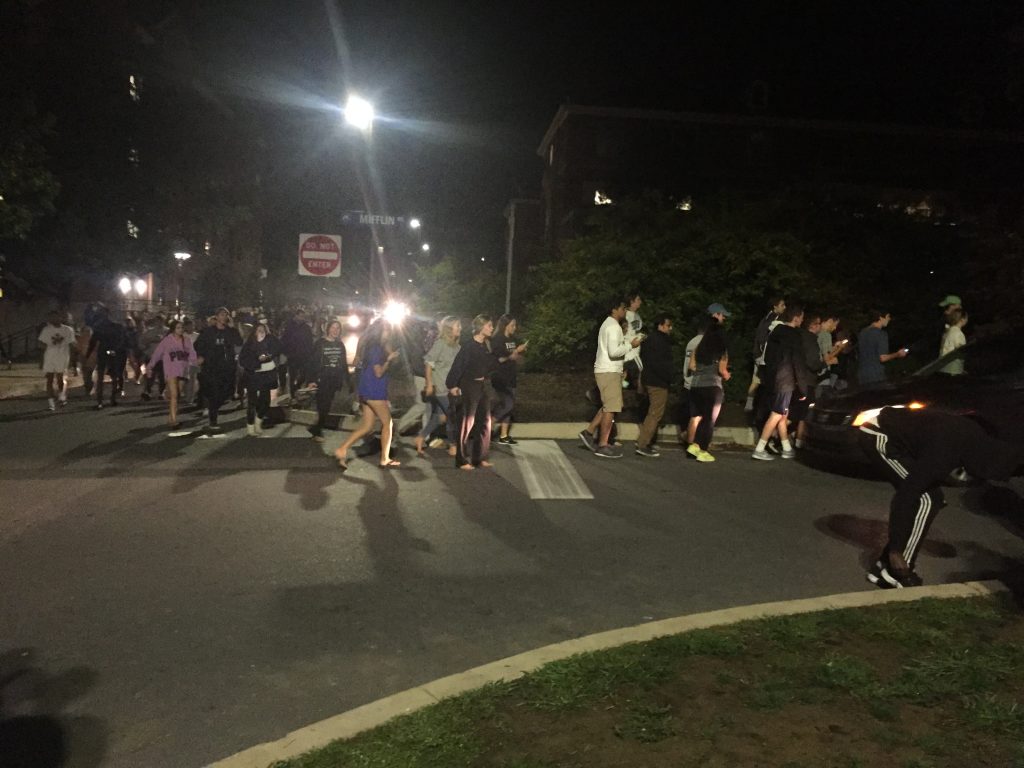 If you haven’t been in the loop lately, clowns have been popping up all over the area, to many college campuses, and are now taking the streets of University Park. And Penn State went NUTS.

I’m talking running in mobs around downtown and the dorm complexes. Residents of East Halls (the alleged origin of the first sighting) even believed they had been placed on lockdown. However, this has not been confirmed. 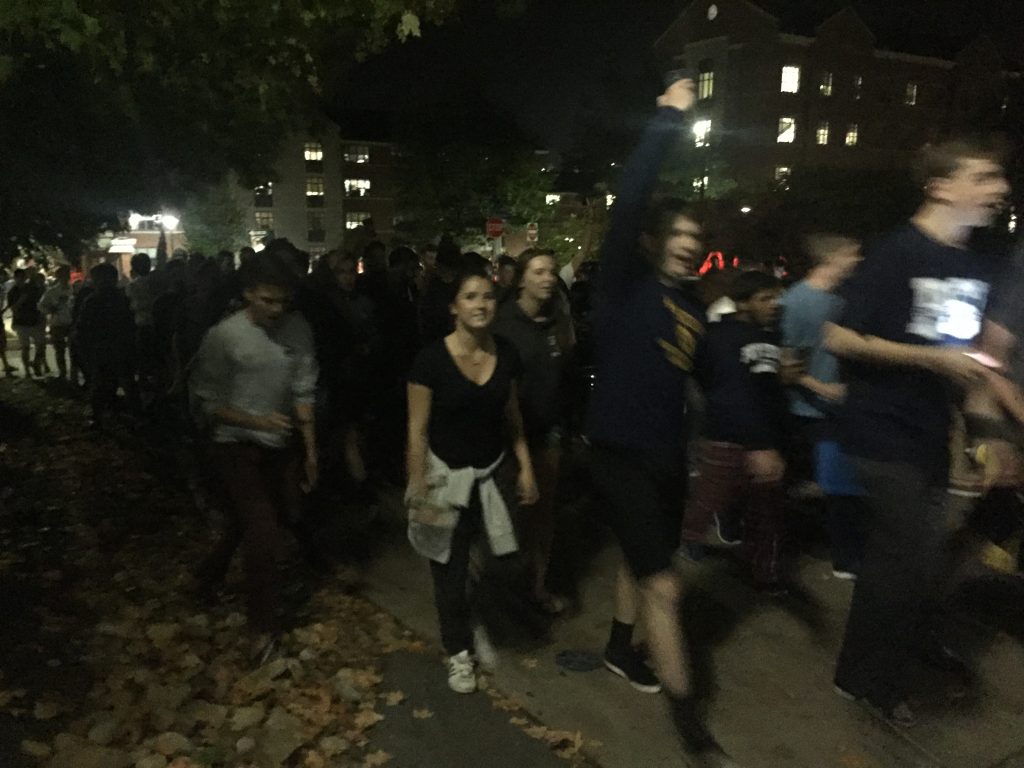 Penn State Police Sgt. Mike Nelson confirmed, despite the approximately 500 students who gathered, there were no actual clown sightings. According to the Centre Daily Times, he said, “The cause of this specifically was social media. If there were any clowns with this many students out there and with our police responding to calls, we would have ran into it. Some photos we’ve seen were photoshopped or incidents from across the country.”

But that didn’t stop the clown mob. People everywhere were chanting “Fuck the clowns,” “WE ARE,” and “U-S-A.” There were even the projection of a clown on Beaver Hill… because actual clowns weren’t scary enough. Right. 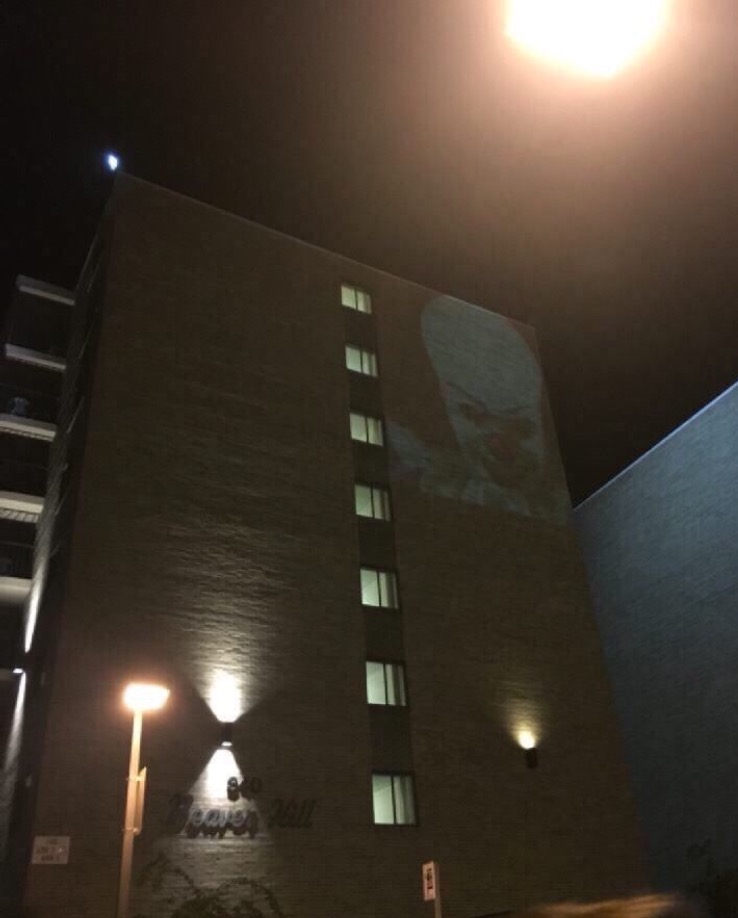 The riot traveled to Old Main, where students congregated and chanted all over the lawn. This clown finale concluded with one male student taking it upon himself to give an inspiring speech that included the following: “No matter where you come from, your color, your religion, your creed – we can all agree on one thing: Fuck the clowns” 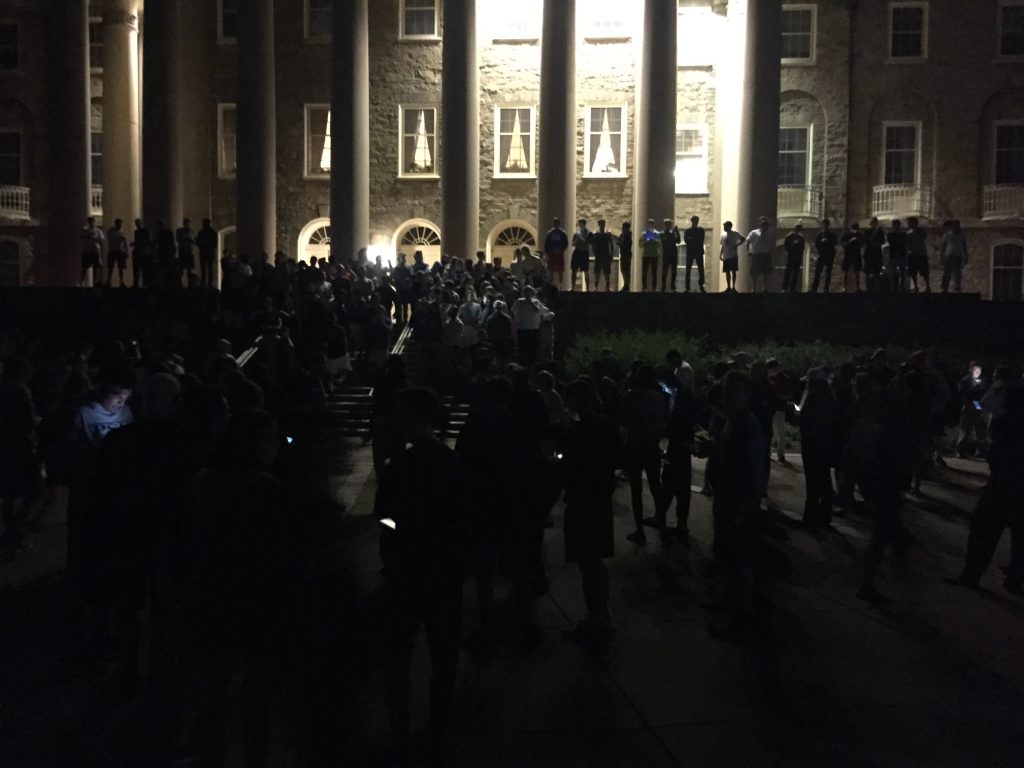 According to Onward State, the police received multiple reports that the clowns were just frat pledges put up to the task of scaring the shit out of the entire school. This is yet to be determined. It has also been rumored that these clowns have been knocking on people’s doors, as well as holding balloons and pitch forks. So that’s always comforting to hear. 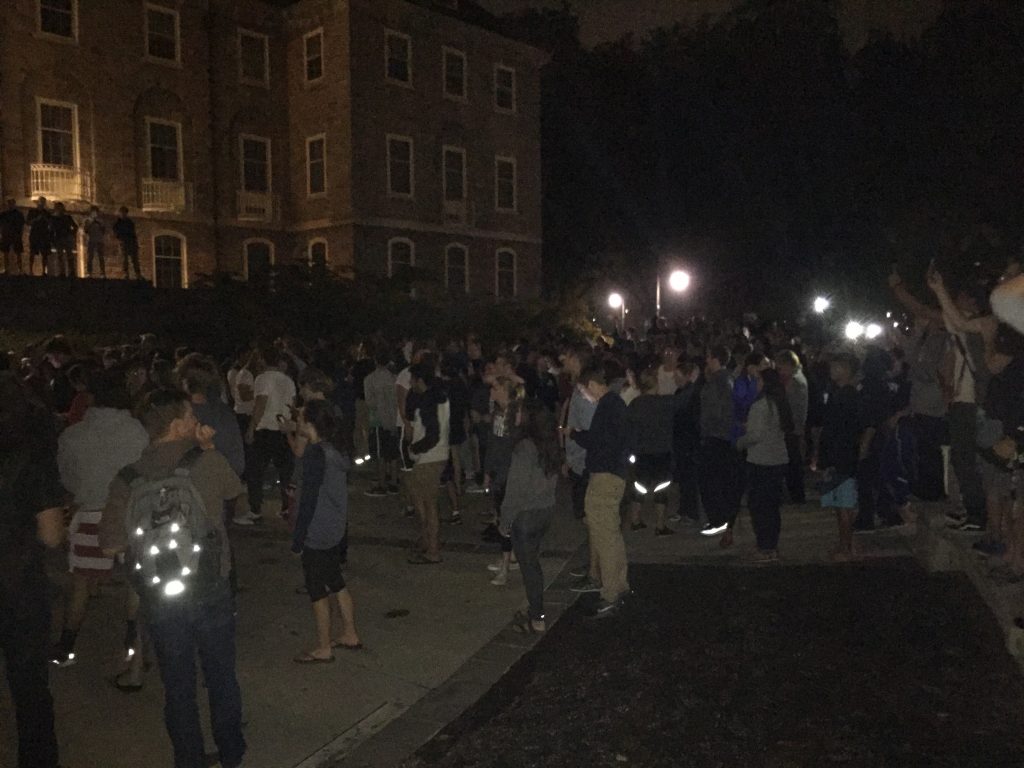 Police were scattered everywhere and no actual clowns were found or detained. Safe to say that didn’t change the fact that some people went to sleep uneasy that night, while others found it extremely entertaining. But one thing’s for sure – it was a night for the books.

R.I.P. to the first (and hopefully last) clown riot of 2016. Let’s all hope that this trend dies very very quickly.