Immediately, he proved himself down-to-earth, insightful, and motivational. He greeted us with open arms, a great sense of humor and a fun-loving personality. Here’s what we learned during Mitte’s hour lecture. 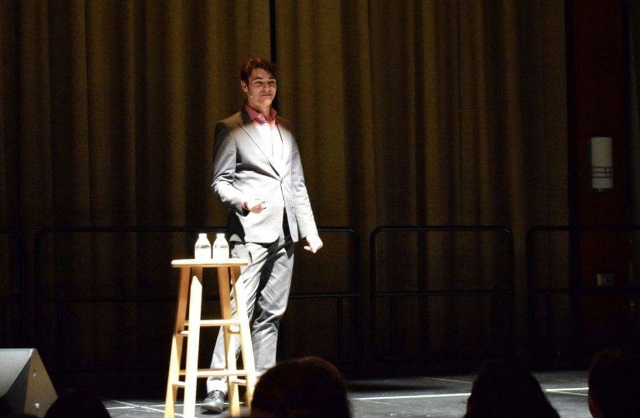 It wasn’t hard, I started at 12, 13 years old. Although, I did audition five times for Breaking Bad.

How did you know you wanted to act at such a young age?

Acting wasn’t and still isn’t what I want to do. At 12 and 13, you don’t know what you want to do. I didn’t choose this career, this career chose me. I was blessed with opportunities.

Was your family supportive of you acting?

My mom was very supportive. If we were able to function and live our lives then she was always supportive–we just hope for the best. Everyone needs to step out of their comfort zone, we need to be liquid and fill our lives with everything possible.

What is it like navigating Hollywood while having cerebral palsy?

The thing that I like about disabilities is that it affects everyone. Physical or mental we all have our own disability. It can work for or against you. A lot of people in the world are closed-minded, but you don’t have to be disabled to understand disability. If you have something that you think you can’t do, that in itself is a disability.

What are the struggles that accompany being an actor with cerebral palsy?

Fatigue. The number one thing that I fight is being tired. We all fight in our own way, there are a lot of things in this world that prohibit us, but the question is are you willing to accept those things? You need to differentiate between your wants and needs. It is a hard industry, but every industry is. You need to make your talent shine – although it is mostly work ethic. But I would never be where I am today without my disability. I would probably still be living in Louisiana getting ready for hunting season. 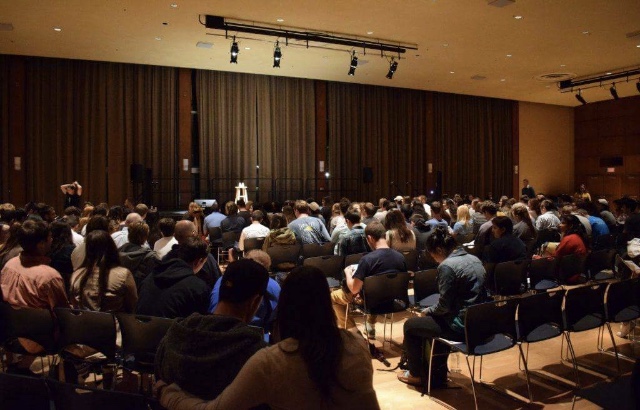 When meeting with fans or media who don’t know about your disability, do they treat you differently?

I don’t really care. I don’t even think about it until it gets brought up and is talked about. I don’t have CP on my resume because I don’t think it means anything. It is only offensive if you think it is offensive. It isn’t a complicated thing, but people make it complicated. The biggest strengths come from the greatest weaknesses.

Breaking Bad is probably your best known role. Do you consider it your favorite?

It is a role that has gotten me the most work, but not my favorite role. There isn’t a role that I dislike and none that stick out to me. I have new projects coming up that will probably be my new favorites. It is forever changing, though. I don’t like to be in one place for too long.

Now that the show has been over for a few years, looking back, what are your favorite and most memorable times?

I never watched Breaking Bad, it just doesn’t seem like my kind of show (laughs). I didn’t watch it, but the pilot was my favorite. I love what we did with it.

Did you relate to your character ‘Walter Junior’? If so, how?

I related to my character a lot. Each one is an extension of who I am: always take a bit of you for that character. That is what will make it believable and real. Drawing from experiences, that will help your performance.

There’s a scene in Breaking Bad in which Walt tries to teach Walt Jr. how to drive. Was this similar to when you learned to drive?

When I learned to drive it was nothing like during the scene. I learned how to drive in a cemetery, I couldn’t kill anyone, they were already dead. Even when I was learning with braces and casts on both of my legs, I could still do it. If you think you can do something then you can. You may not do it the same way another person does, but you still have the ability to. 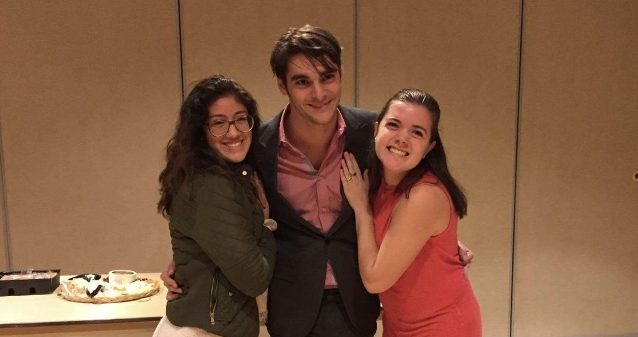 Mitte ended his lecture with a piece of advice for us Penn State students. He said, “You’re never sure where the current will take you, but more than half the time it’s a beach, and it’s pretty nice there.”

We sure hope that’s true.