Why no one should care that the KKK endorsed Trump

So, the media has seemed to move on from Trump’s alleged spray tan, they have finally let go of their scrutiny of his position on immigration, and the latest thing is his “connection to the KKK and white supremacists”.

Can we all take a vow now and promise to not click on the story and instead continue to scroll past these gossip-ad-like headlines about our favorite candidate we love to hate? I’m getting confused, are we following the 2016 Presidential Election or the “Real Frontrunners for the White House”? I’ll admit, Trump’s handling of David Duke’s support was a blunder to say the least, what do you mean you don’t know the beliefs of white supremacists? Their beliefs are pretty much in the name – WHITE SUPREMACISTS.

Penn State students had a lot to say themselves:

In my opinion, the problem is, we, as consumers, are giving him the attention he craves. This election has spiraled into the drama of a reality TV show with candidates firing insults at rallies rather than informing the public on their policy ideas. I mean does anyone actually know what Trump or Rubio or Cruz are planning on doing? Of course there are some yes that care, but I’m sure a shocking amount of people would have to think long and hard about a specific issue and where each candidate stood on that issue. 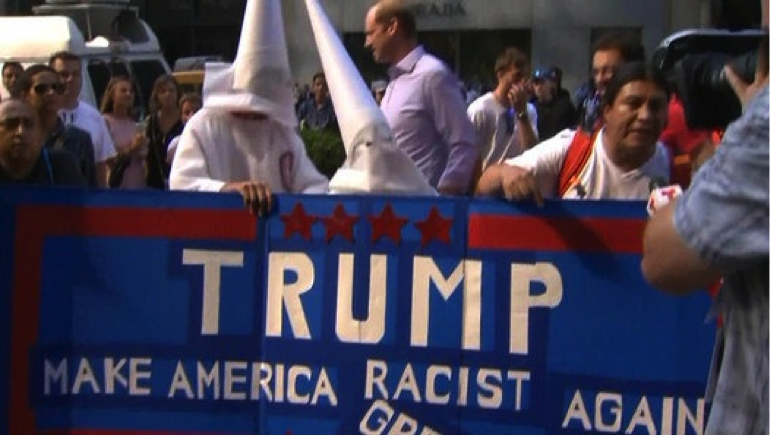 I mean we are seriously at the point in this election when Trump can come out and say that he “could shoot someone” and still not lose any voters. And we look at him in disgust and say we’ll just move to Canada, but that’s not solving anything! We need to expect more substance out of our campaigners than style. Has anyone even heard anything other than the words “great” and “people love me” out of Trump at any debate… ever?

But, rather than acknowledging his vague positions, we almost seem enchanted by them. As if his lack of an answer is some elaborate and brilliant cover for all of the plans he has for our country. Let me just say that a candidate may “say what’s on his mind” without being rude, brash, and completely over the top. This has gone past the boundaries of political correctness, Mr. Trump. You are simply rude.

This is not meant to be a total roast of Trump. I’m not saying I don’t like some of his policies, but it honestly astounds me that in the democracy in which we live we are actually allowing a presidential candidate to get away with some of what he is saying. And people are saying they are “disgusted” and “shocked” but they EAT IT UP. It’s like dealing with the Kardashians in politics. Practically every headline in the Politics section of any major paper has Trump plastered all over the screen? And you know what happens because of this? All of the uninformed people out there who don’t really know who to vote for go with their instinct, and you know what instinct is based on? Instant recall. Who’s name do you think they’re going to spit up when asked about the 2016 election? You guessed it. 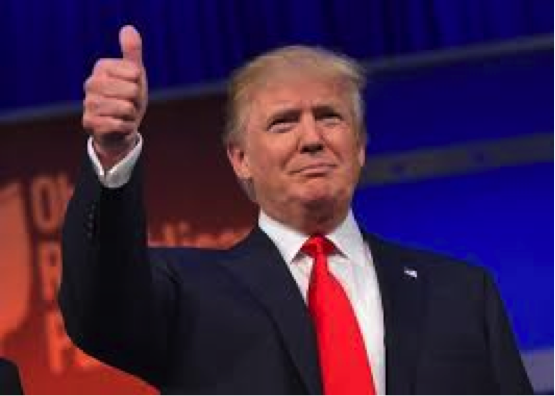 And that’s why he says everyone loves him! His face is everywhere in the media and you know what? Bad publicity is better than no publicity at all and he is savvy enough to know that as long as he is getting a response, he is getting remembered. At least more so than any other GOP frontrunner out there. How about we take a second to look at the one Republican candidate who blows every other out of the water in terms of actual party backing including 14 senators and four governors.

Don’t know who I’m referring to?

The Latino senator from Florida, Marco Rubio! So is he has the most party support, and yet the media is just absorbed into the latest with whatever the hell Trump is spewing. So what is Rubio resorting to? Ramping up his speeches to talk, not about policy and reform, but about Trump’s fake tan, the size of his hands, and his hair.

And, here’s the thing, I don’t blame Rubio. But, he’s playing right into the hands of Trump’s game. Trump KNOWS that he’s pushing buttons, and he doesn’t care, he’s looking for a reaction. What’s sad is that the American public expects that type of juvenile behavior out of Trump, but they are disgusted when they see it out of any other candidate. What’s funny is that they are acting no different than Trump, but they are moving several steps down in respect when they play “monkey see, monkey do”.

As much as we want to hate Trump, as much as we want to pick apart everything he says and scream about how outrageous he is, by dong so we’re only fueling his fire. For any of you out there with an older brother (at least for me), it’s like the older brother that keeps poking you and wanting you to hit him, but the most powerful way to stop it is by ignoring it. So if we want Trump out so badly, why do we continue to question him? As long as we are silent we give him no power to speak. The sooner the media gets cameras out of his face the faster he will fall from the limelight and just like he has with everything, he’ll move on to his next venture.

So, who cares if the KKK endorsed Trump? Who cares if his hair is fake? Where does he stand on tax reform? What is his policy on the environment? What about health care? Let’s make this a presidential election again and ask the questions about things that will help direct the movement of this country. Because if you believe Trump is a white supremacist that is going to destroy this country, the only way to stop him will be to shut him down by mobilizing and endorsing another candidate. So who will it be? 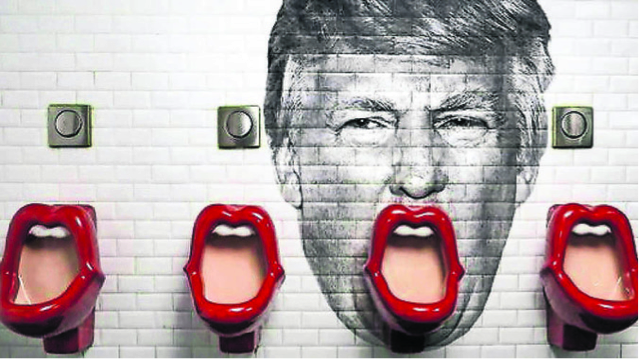