The one thing Bernie Sanders is doing right

GOP, are you willing to lose us to ‘the Bern’?

While it’s a stretch to say I’ll be “feeling the Bern” in this year’s upcoming presidential election, I have to hand it to Bernie Sanders — he is doing quite a few things right in his campaign, including actually giving a shit about the young vote.

We’ve been asked this question a billion times: why doesn’t the young generation participate in politics? Why don’t you care? The answer is always the same: politicians don’t care about us and we feel our vote won’t make a difference.

So, is that on us? Or them? Because politicians only want to campaign to those willing to cast their vote, which is why they spend so much time talking about retirement reform and all of the stuff we don’t care about. But, we make up one-fourth of all voters out there, so why don’t we voice our opinions?

Enter: Bernie Sanders, a beacon of light to young voters. He’s a long-time Independent governor of Vermont with a funky grandpa-feel to him, and when he says the words “free college education,” we are lining up to give him our vote. While I think this is a bit hasty and we are quick to bandwagon-jump onto these glamorous ideas, that’s a topic for a different time. The point is, he cared enough to bring it up. 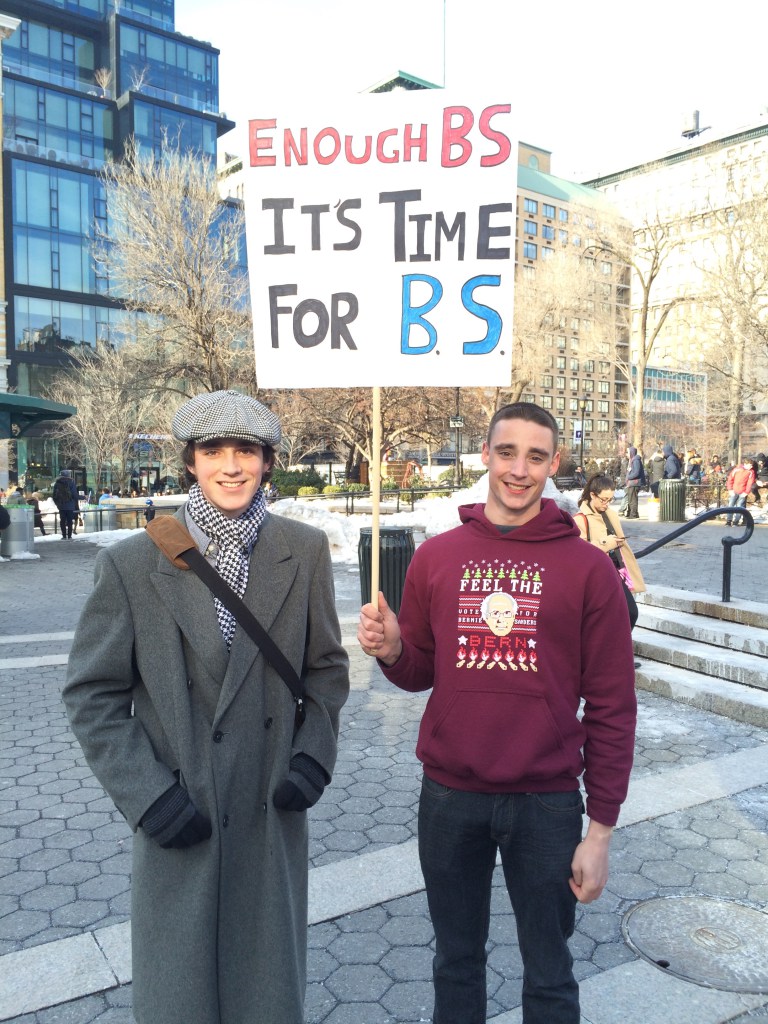 Based on a Harvard IOP Report, in Fall 2015 only 22% of 18-29 year olds (in a survey of 2,000 participants) supported Trump, and that was the majority. What’s worse is that even though Trump polled the highest, 39% of Millennials said they didn’t think he was qualified to be President.

I decided to try to gather more info on the consistently most popular candidates amongst Millennials — Trump and Sanders. Just looking at their campaign websites alone was pretty telling… 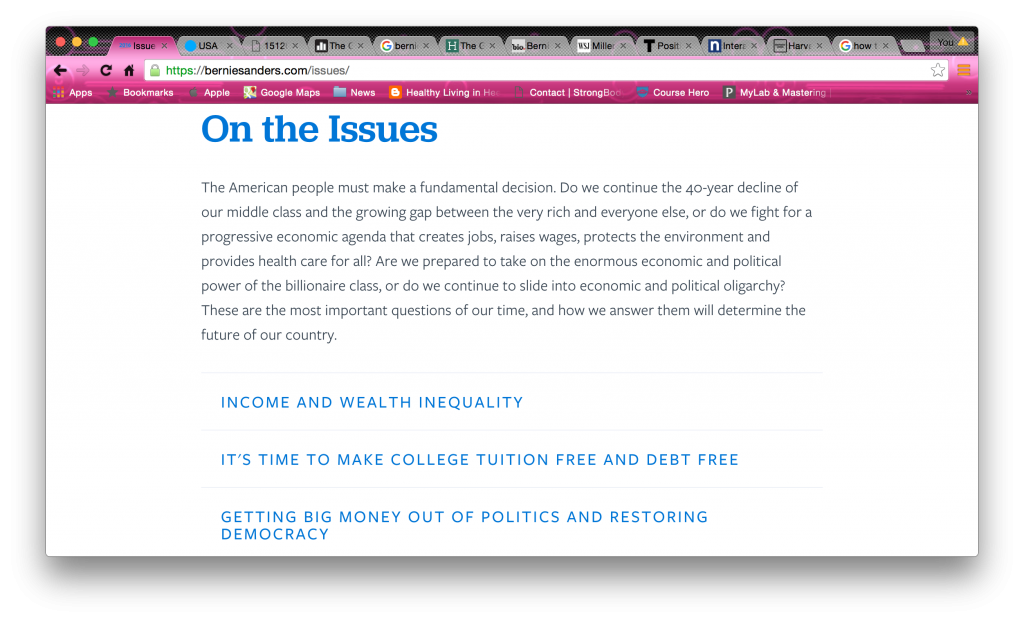 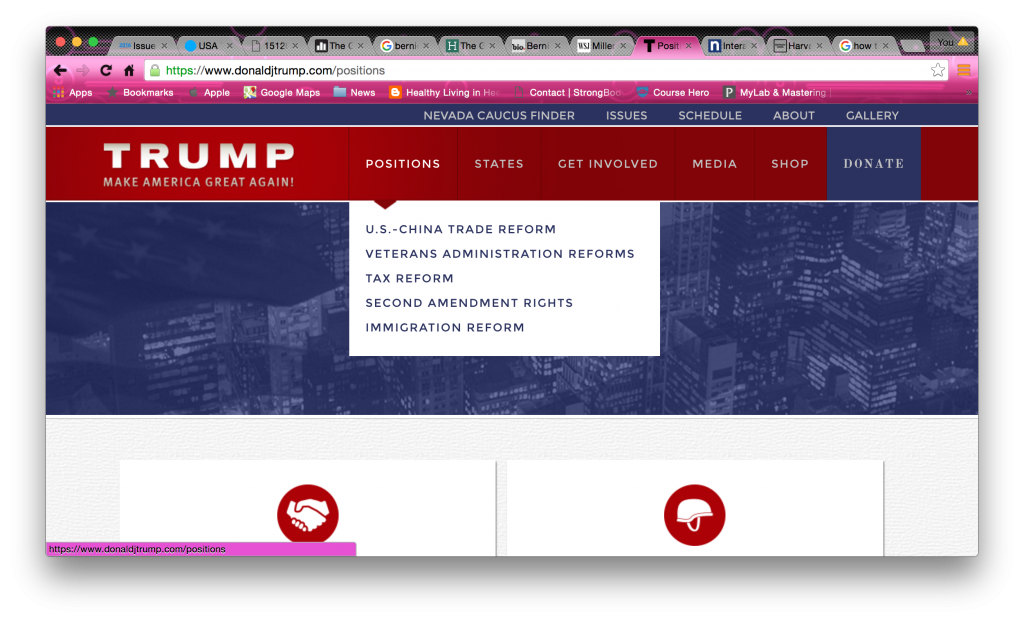 Let’s play a little game of “I Spy.” What is literally the second bullet point on Sanders’ list of issues? Oh that’s right, making college tuition free. Trump’s positions tab doesn’t even reference anything that interests Milennials. What is missing is any attention to our financial concerns and the social issues our generation cares about more than any other.

Besides online presence, Sanders has outshone every major Republican candidate in terms of actually showing up to make his face known to college students. According to a NECN candidate tracker, Trump has made a total of 46 stops, 12 of those being to colleges. In contrast, Sanders has made 93 stops in total, 21 of those to colleges. Even if not many college students actually attended, the buzz of a presidential candidate making a stop at your college campus is definitely enough for most students to take notice and be interested in possibly going. It’s not rocket science to realize that the more you expose yourself to someone, the more likely it is they will recognize you later on.

The GOP needs to face it: they are OUT OF TOUCH with our generation and don’t seem to understand the issues we care about. Research by the Pew Center found 64% of young Republicans think homosexuality should be accepted by society, 57% said immigrants strengthen our country, and 48% said stricter environmental laws are worth the added cost. We are far more liberal today than we ever have been, yet our options for Republicans include mildly conservative, conservative, and staunchly conservative — so who do we choose? 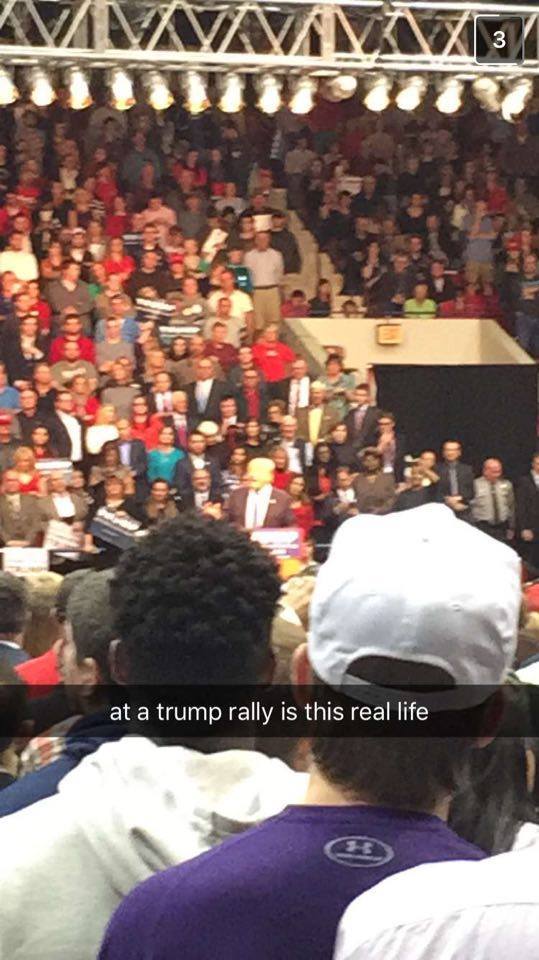 At this point it would be pretty suicidal for any candidate’s campaign to come out and start backtracking on the social policies they have been conservatively touting for months. It also would destroy their campaign at the expense of getting the Millennial vote. But, at the very least, how about they get a little wake up call and realize they are pushing us towards the opposition because the lack of attention is translating to a lack of care.

My own poll — that a variety of college students took part in — showed some interesting results. Although it’s a small sample size of 73 students, I believe the outcomes are very telling. Contrary to what many politicians today believe, our generation DOES care about politics. 85% said they care, but what is really amazing is 83.6% said they planned on voting in the upcoming election. That is only slightly less than those who said they cared — so much for not being invested and taking action in politics. And, what that further shows, is if that many kids plan on voting, then it’s true our politicians just aren’t showing us the TLC we need. 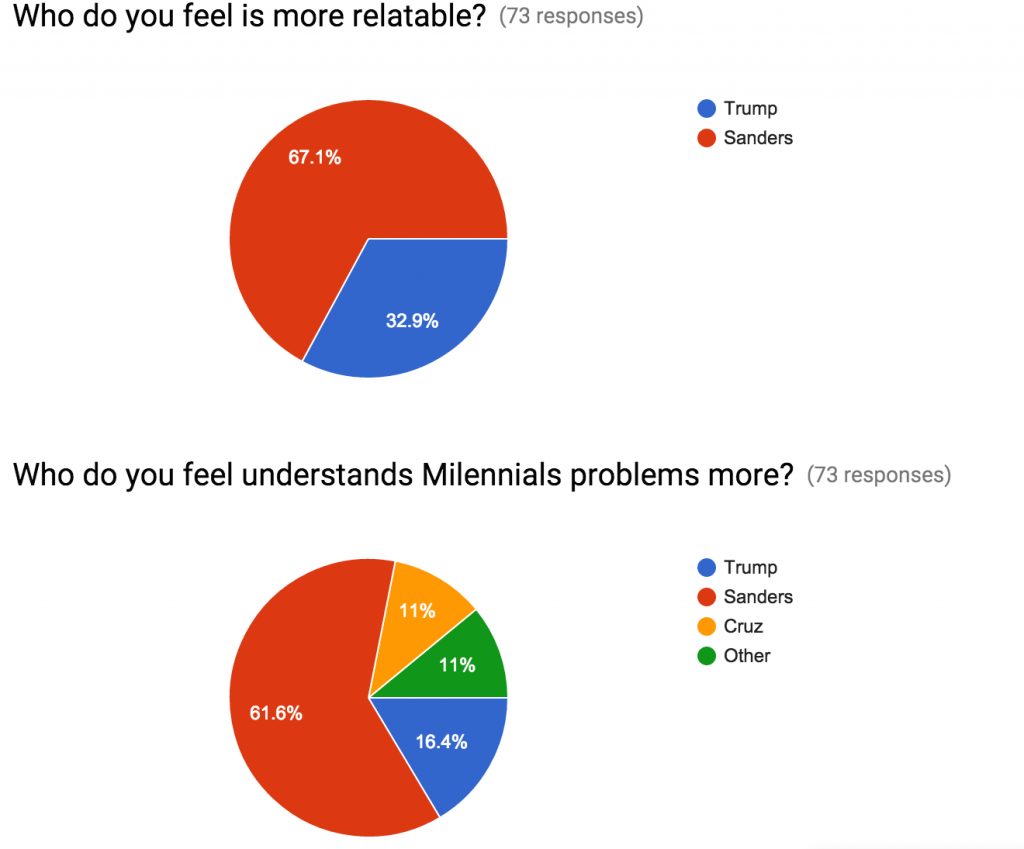 I then asked surveyors to give a short answer to the question, “If you could change one thing about the Democratic and Republican party, what would you change?” For Democrats, the consistent answer was that they needed to get a better grip on the economy and be more realistic with how much we can give to federal handouts. And for Republicans, the main complaint was, as predicted, they are far too conservative on social issues like same-sex marriage and environment and climate change, which makes them unrelatable.

So what is the answer? What’s important for Republican candidates to take away is that youth do care, but we’re not convinced they care about us. The question is when, if ever, they will become perceptive to this. And, as a young Republican myself, it’s disheartening to see the disconnect young kids are having with their representatives, and understandably so. It is not too much to ask for some representation since we are the future, like everyone tells us. So GOP, are you willing to lose us to “The Bern”?