‘We will not be silent’: Penn students are protesting Trump for President

Students at Trump’s old college are protesting the Republican nominee today with a powerful new campaign.

Anti-Trump posters appeared at Penn this morning emblazoned with the empowering slogan: “your body, your ballot.”

They follow the “pussygate” scandal from last week and come at a timely moment – today is the last day to register to vote in Pennsylvania. 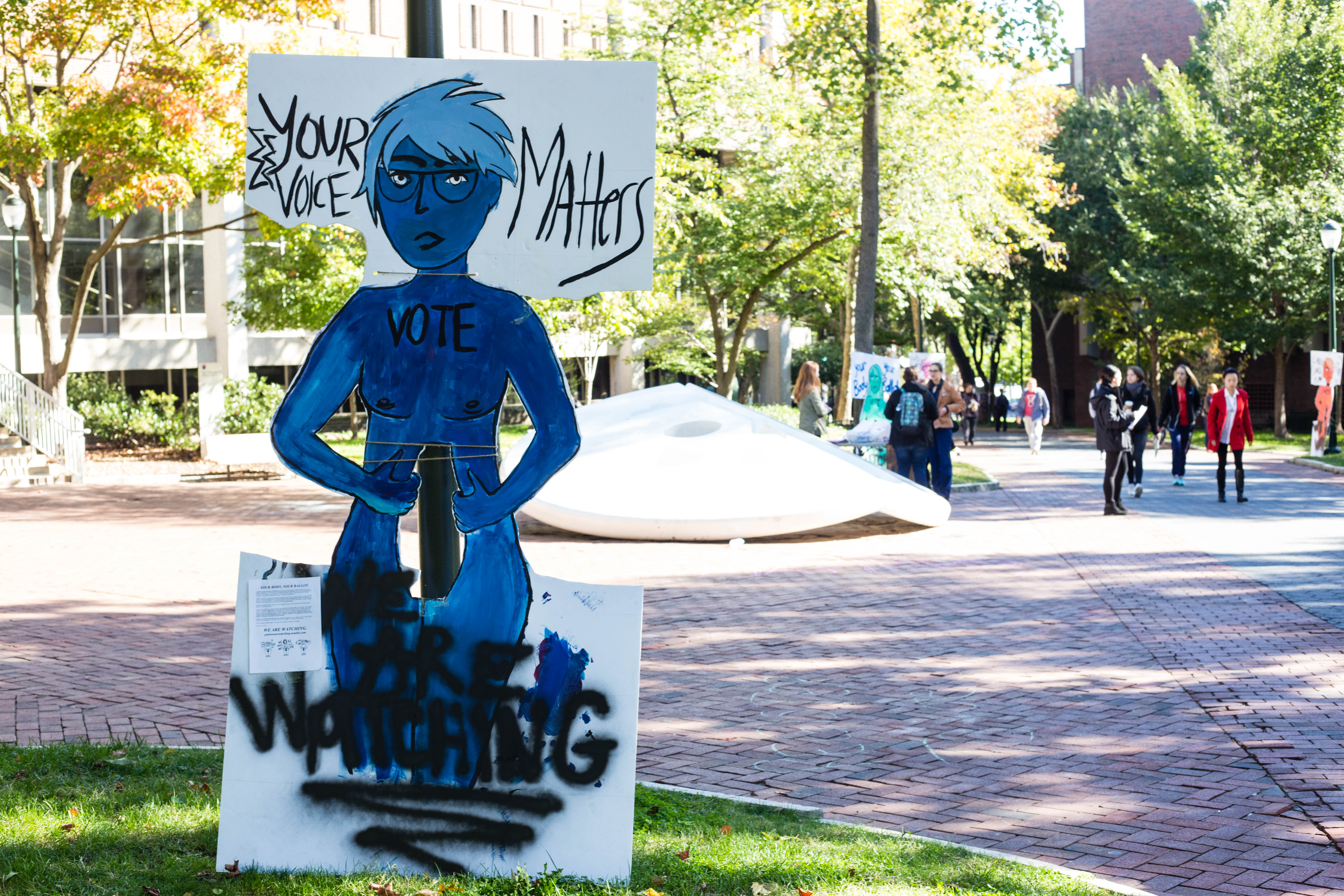 The installation, which comes from the same group which organized the anti-rape culture flyers earlier this semester, announced:

“Across Penn’s campus, we – a group of Penn women and femme-identifying folks, as well as allies– have painted, chalked, and displayed original poetry and imagery illustrating the danger that Trump’s candidacy poses to our bodies. We have also installed temporary murals along the walls of our institution and distributed hundreds of stickers. But even as we denounce hate, we seek to empower women, the queer community, people of color, disabled people, and other marginalized groups. We believe in public art as a political tool. We want to show support to the people whom Donald Trump has failed.” 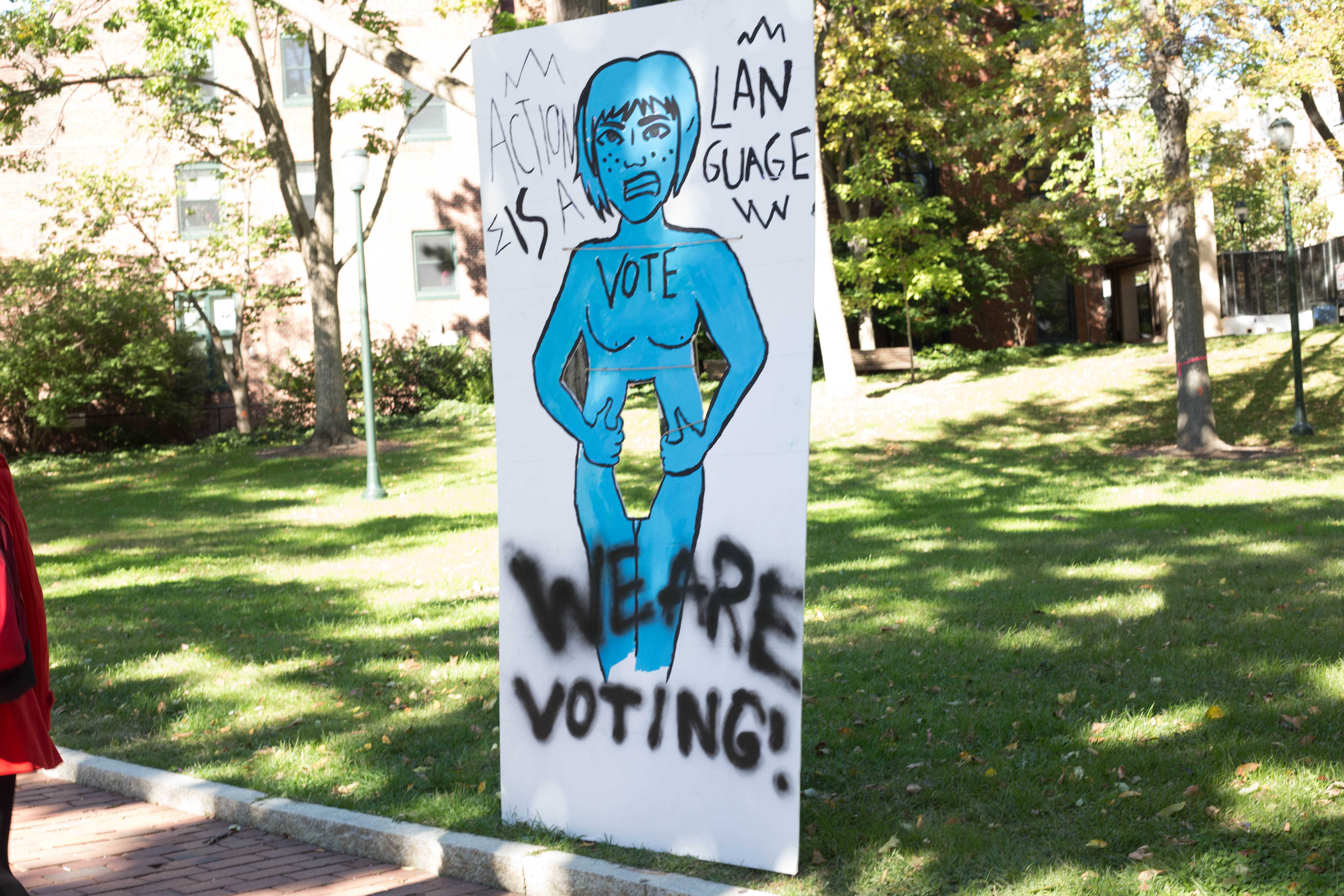 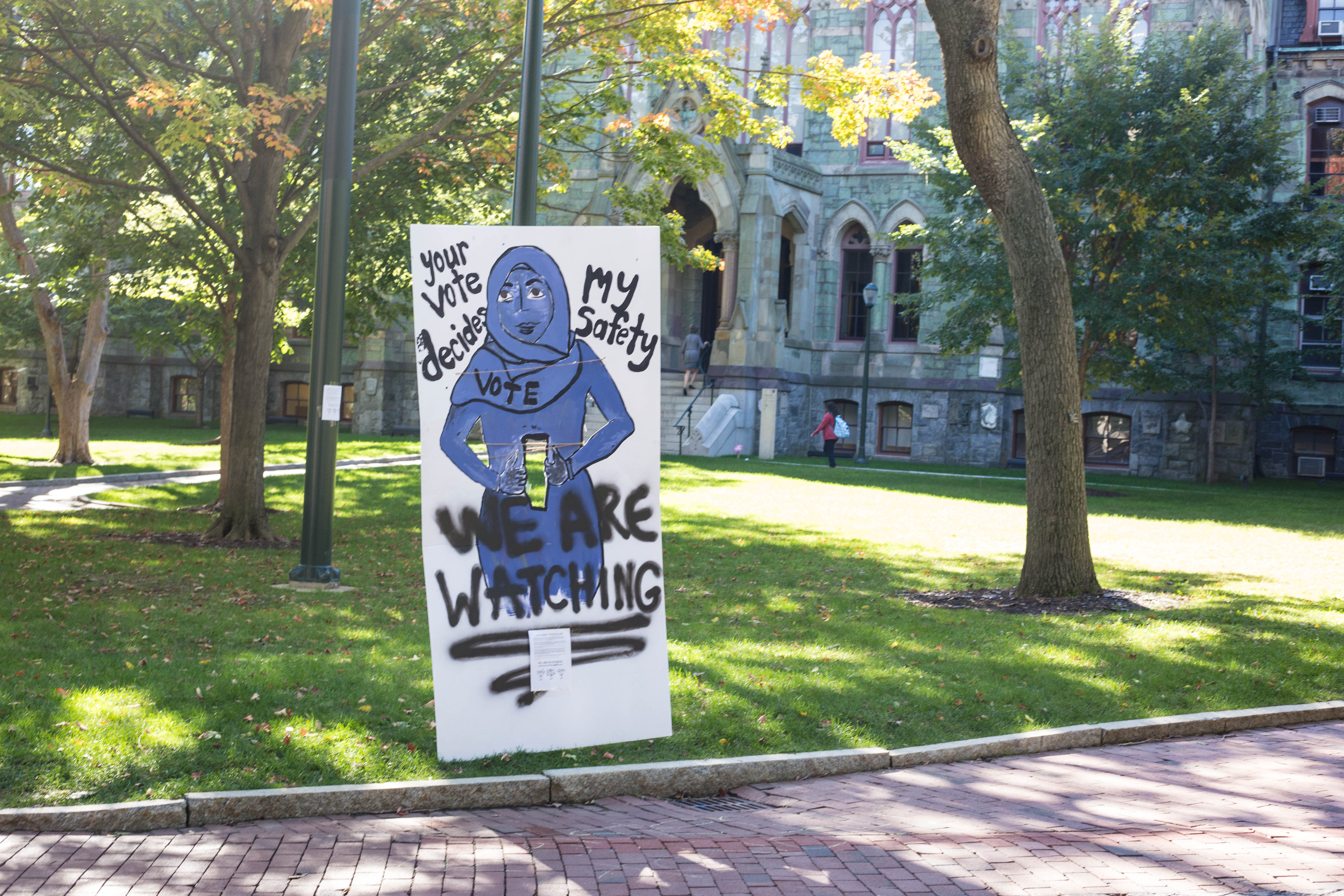 Speaking to The Tab, campaign co-creator Amanda Silberling said: “It’s been mixed. Some people have problems with it, and that’s understandable. It’s a really striking art piece and people react in different ways in terms of their emotions.

“But so many people have come up to us and voiced their support. And each and every time someone tells us they think we’re doing a good job, it really just gives us the energy to keep going.

“This is very emotionally vulnerable work. but if we can make a difference by helping people register to vote before the deadline, showing people why Trump is a dangerous candidate, and showing support to people who are the targets of Trump’s malice, then it will be worth all of the struggle, stress, and hard work.” 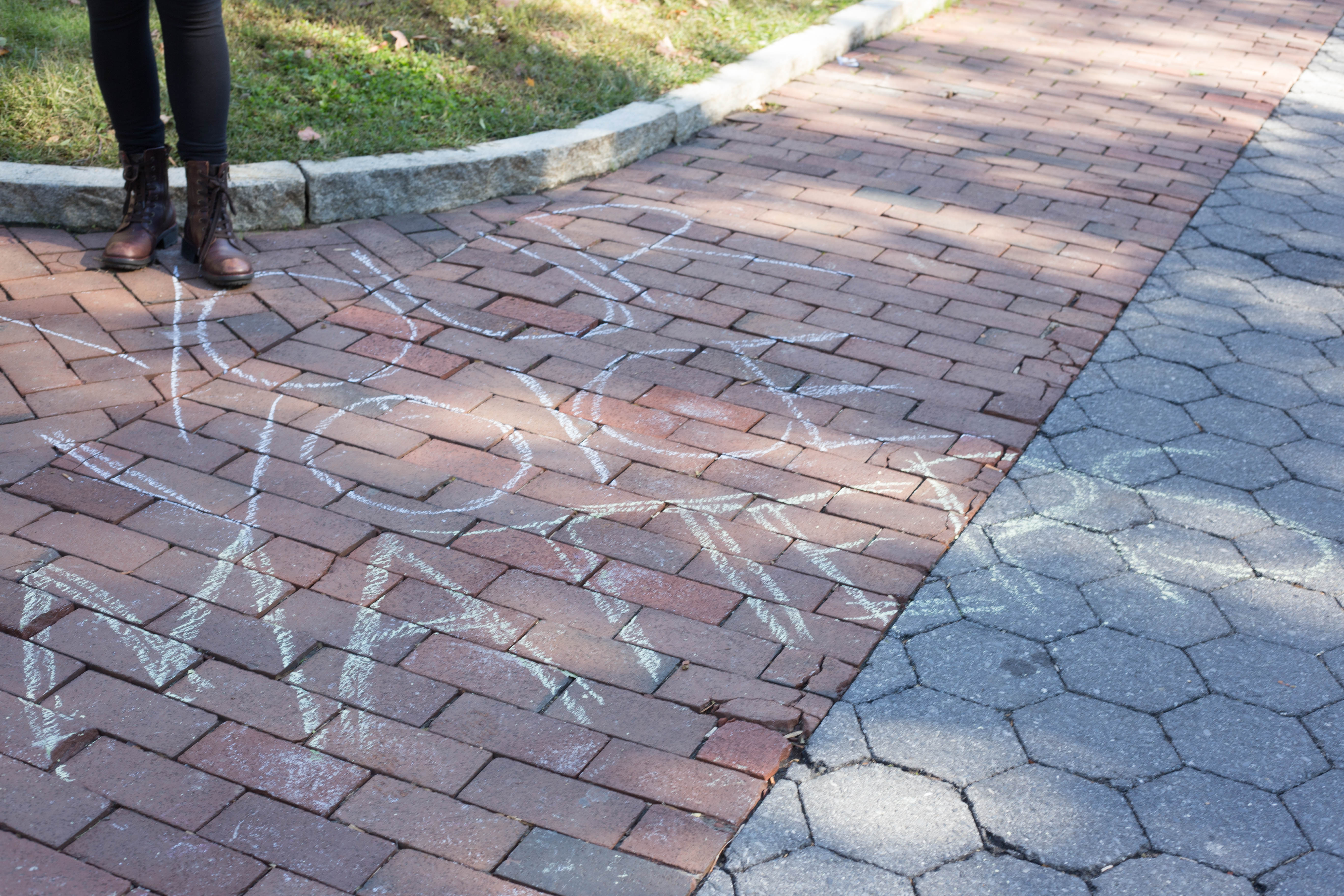 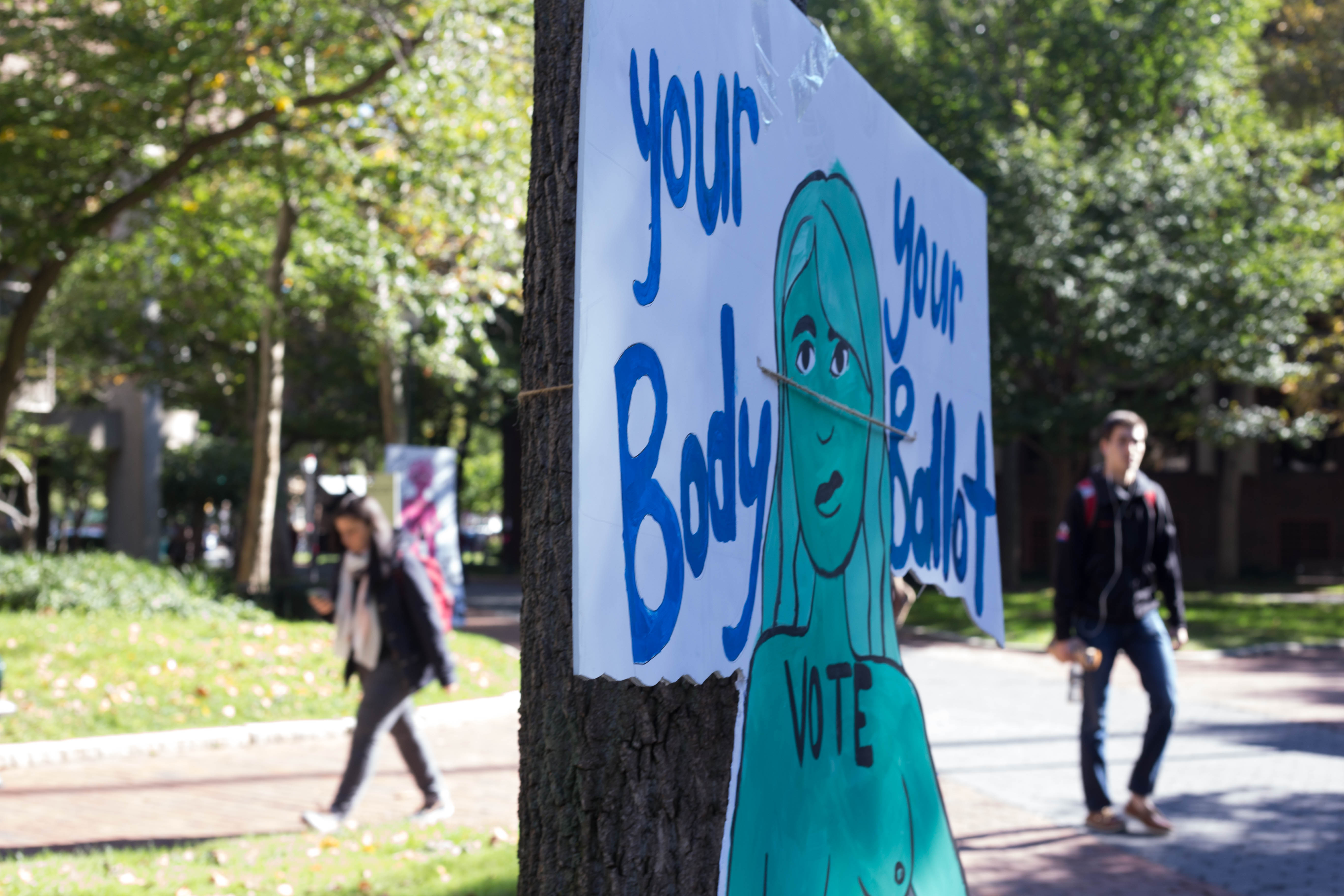 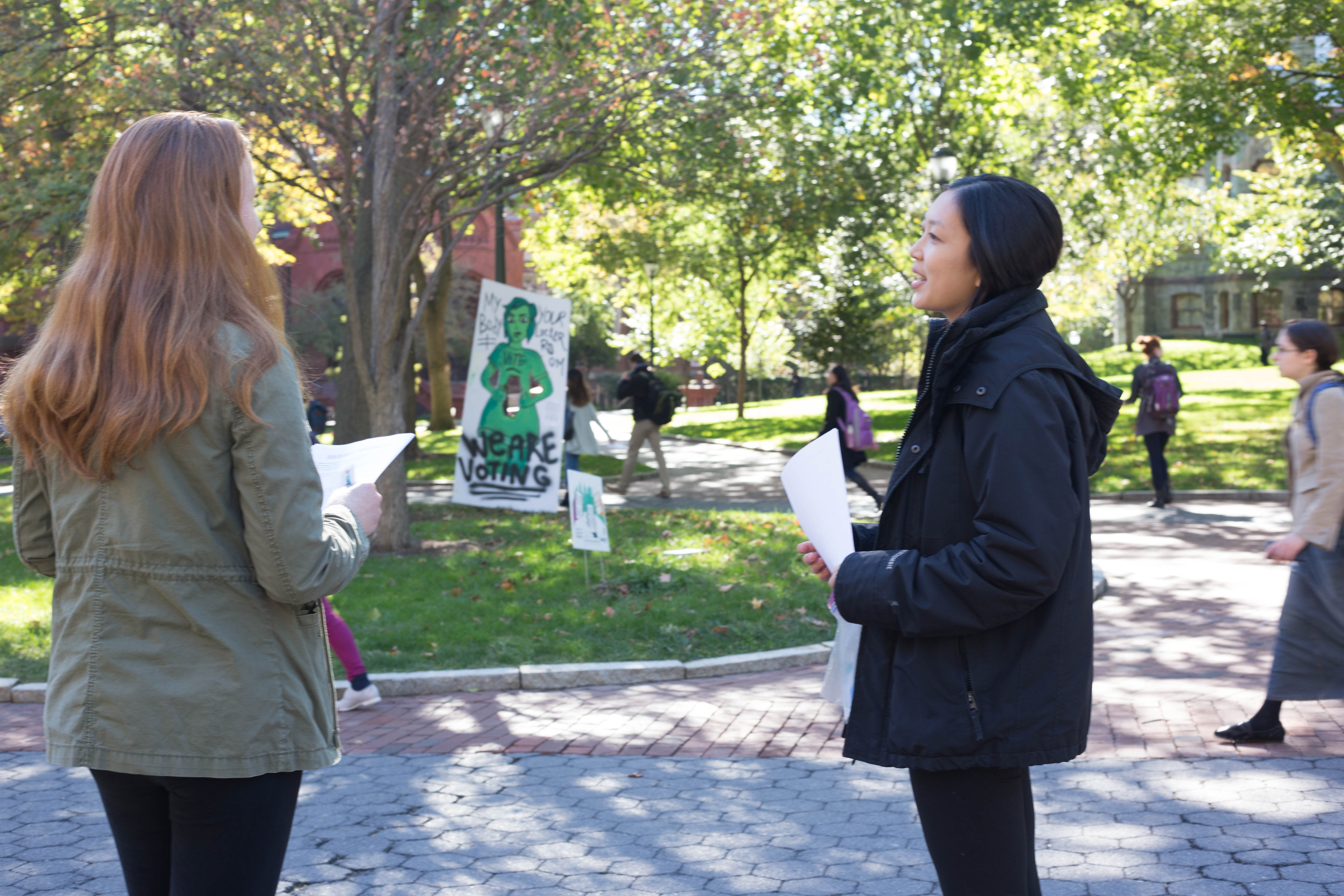 She added: “So much went into this protest and so many people chipped in in various different ways. We were working on the artwork at my house from 5 PM to 6 AM. Around 20 people in total helped with art, and more people are starting to come out and help flyer. It’s simultaneously inspiring and nerve-wracking to help create something that has become bigger than ourselves.

“This installation is definitely more divisive than the rape culture flyers, and we’re learning on the job. But I’m so proud of the group of people who have been helping. It’s just amazing to see what can happen when people come together.” 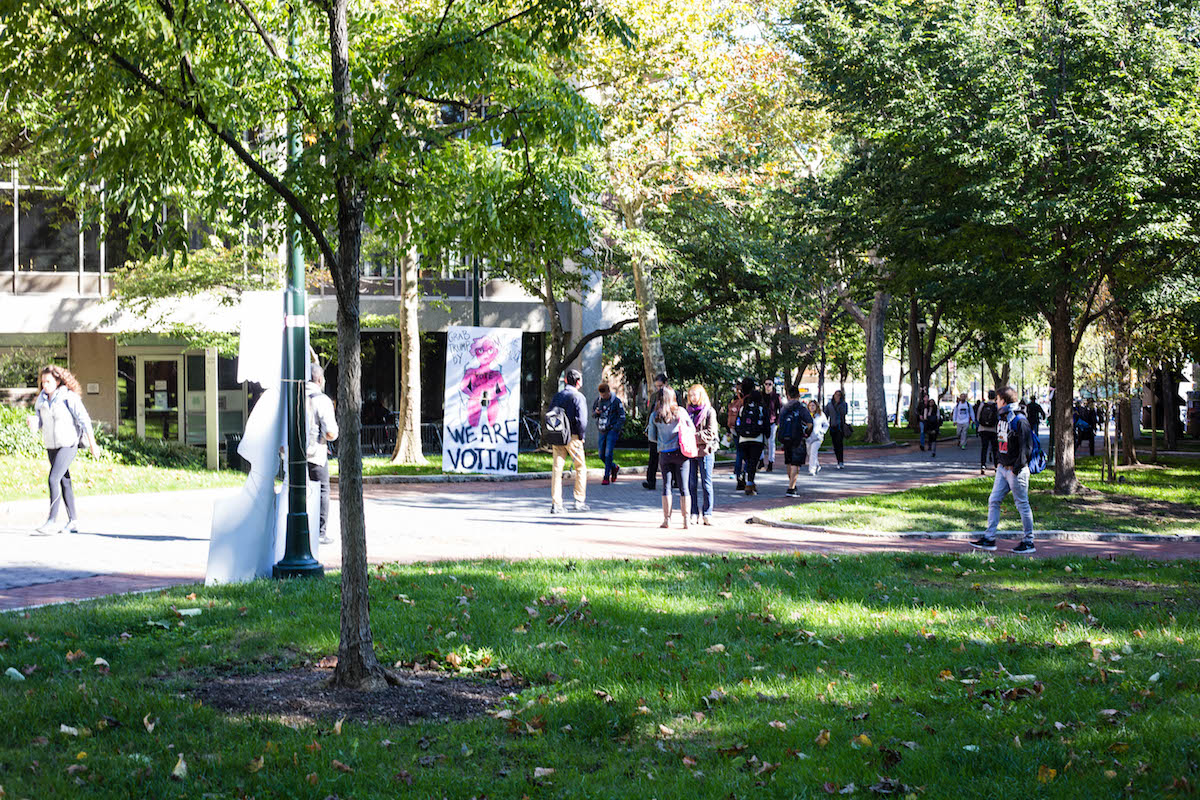 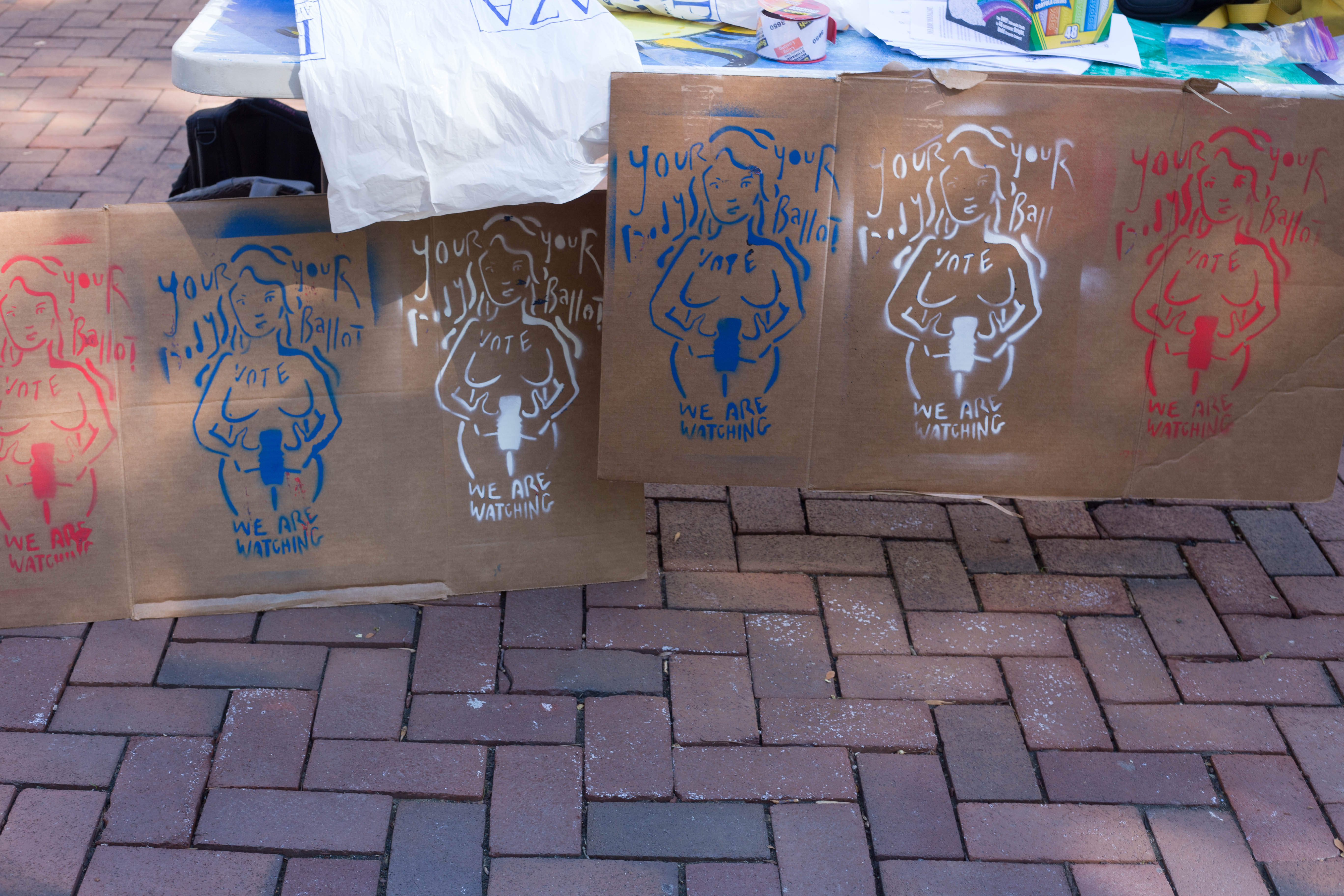 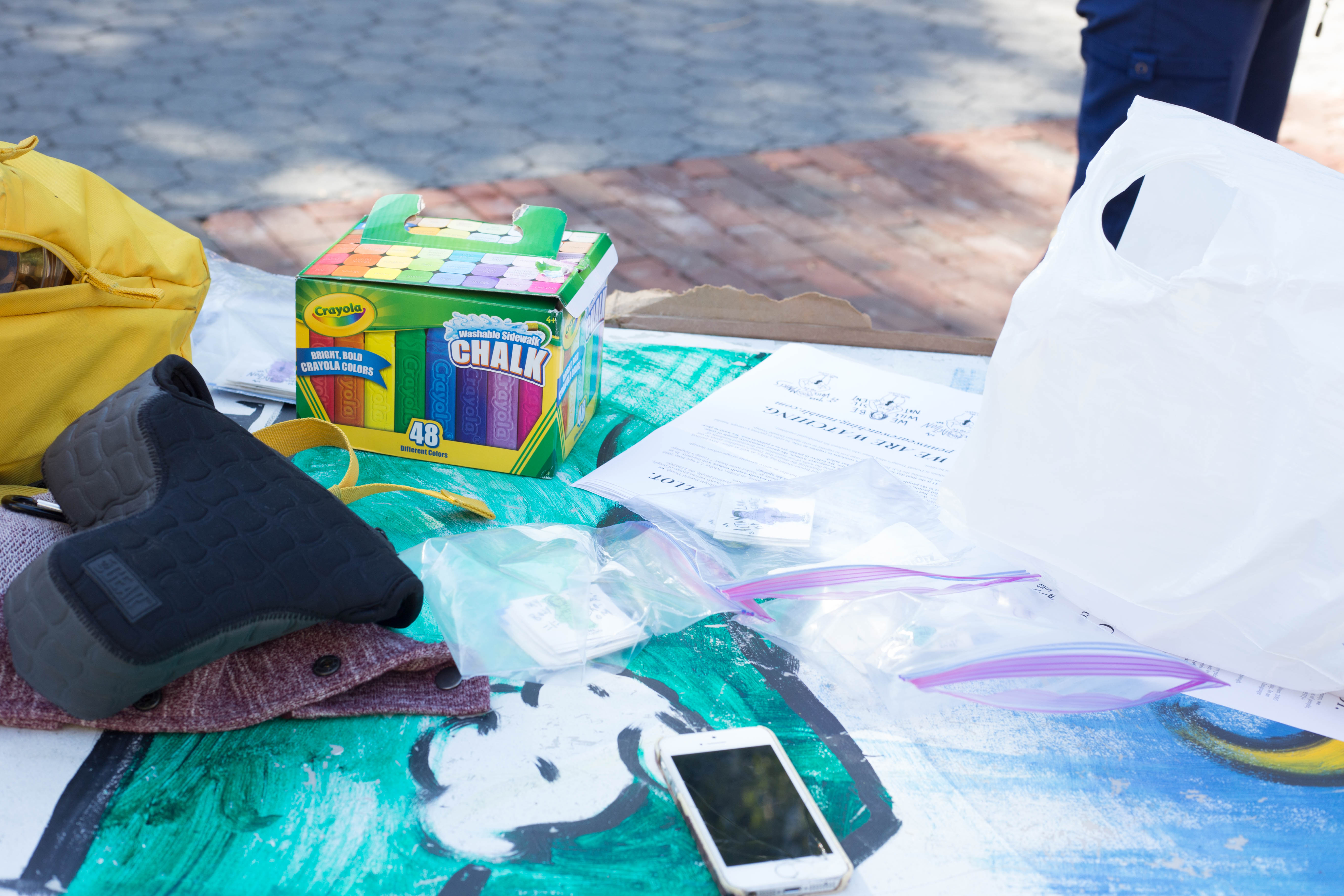 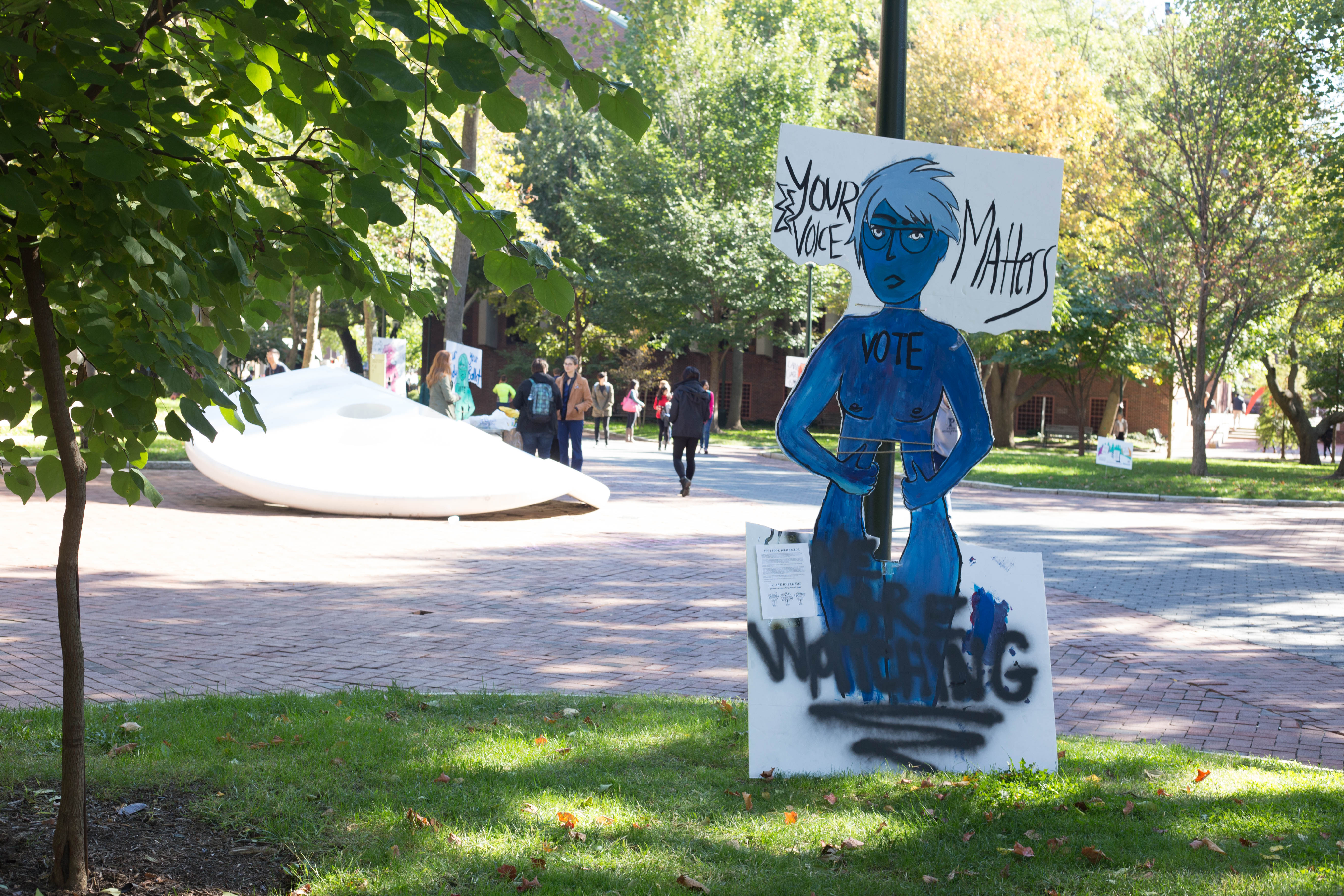 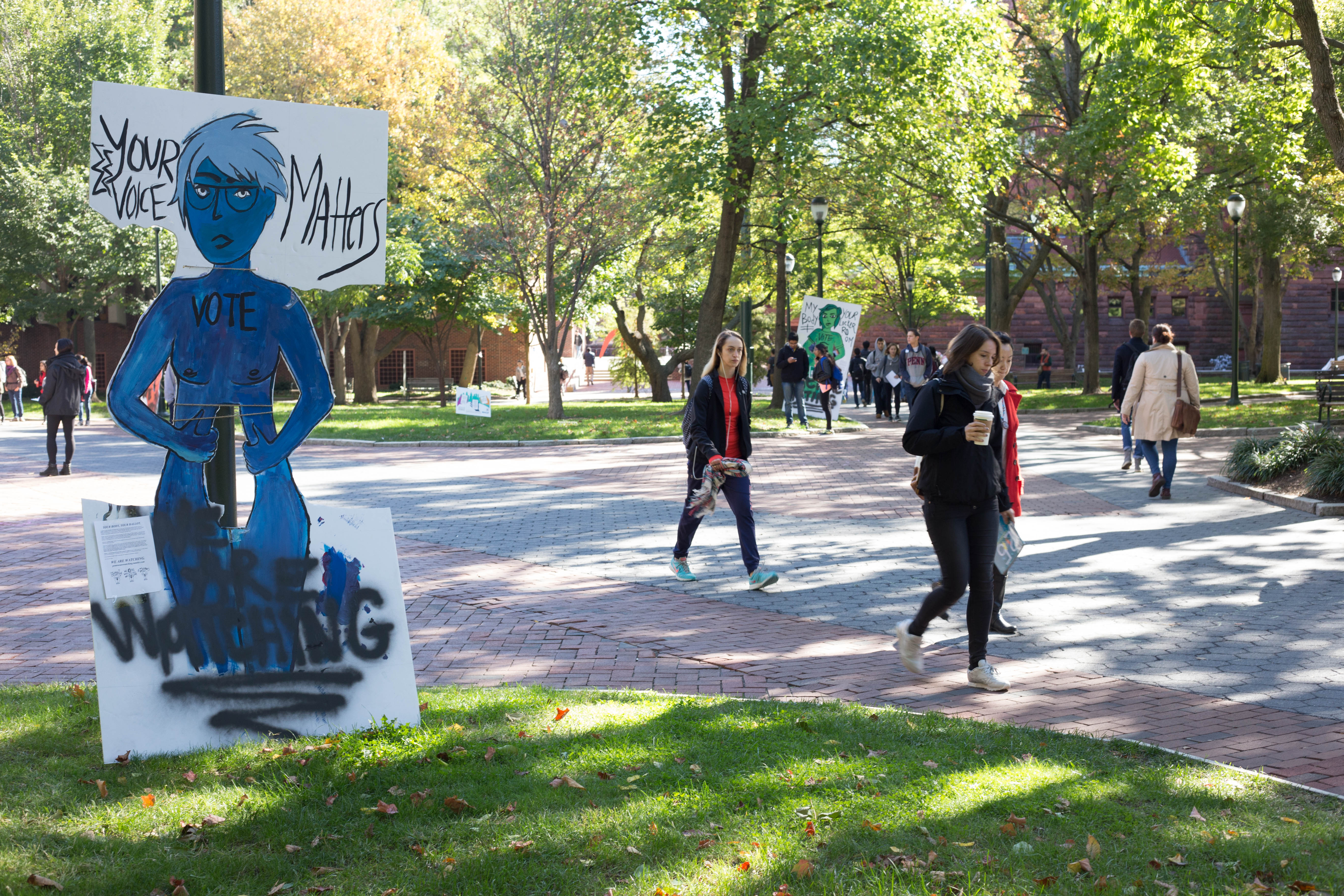 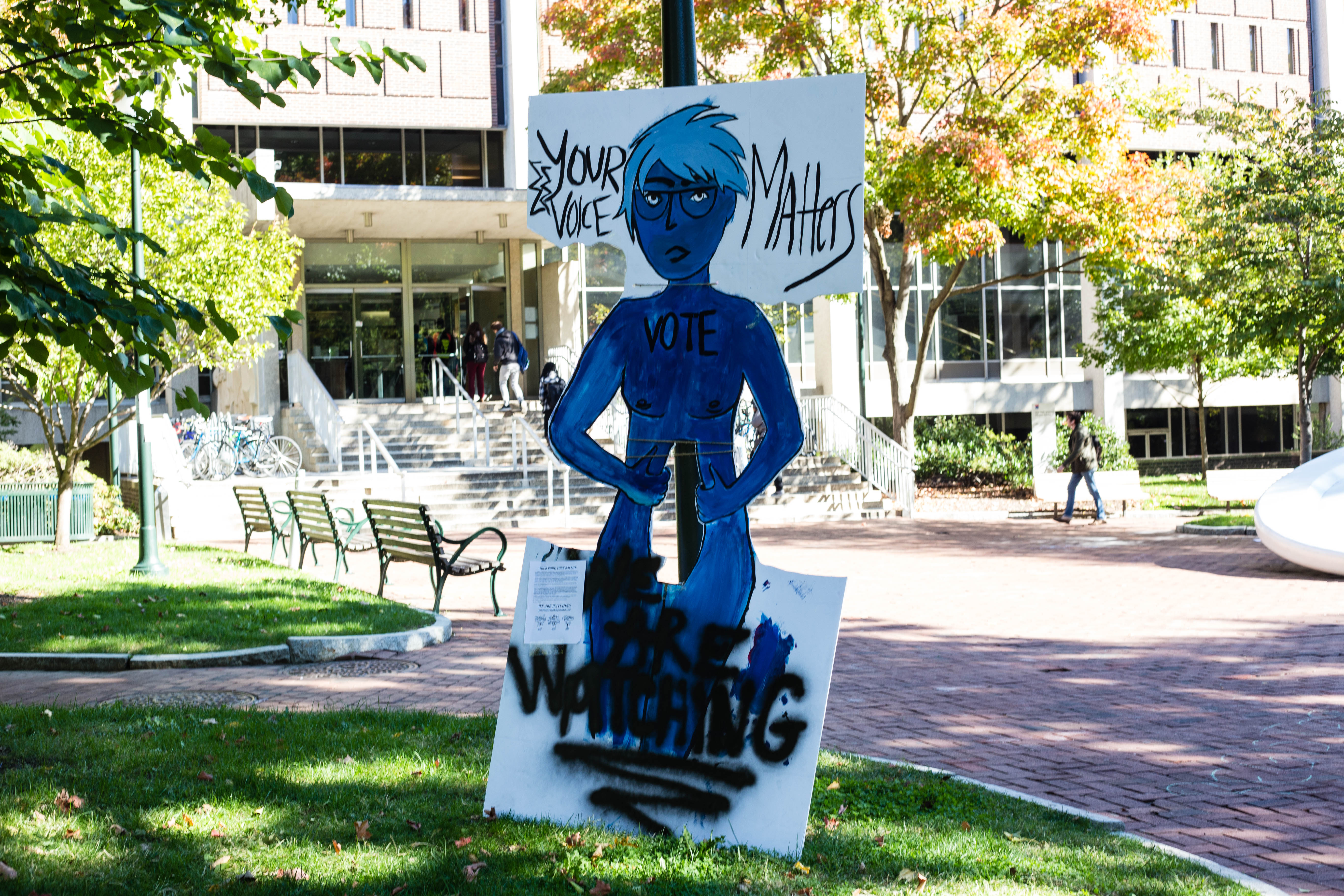 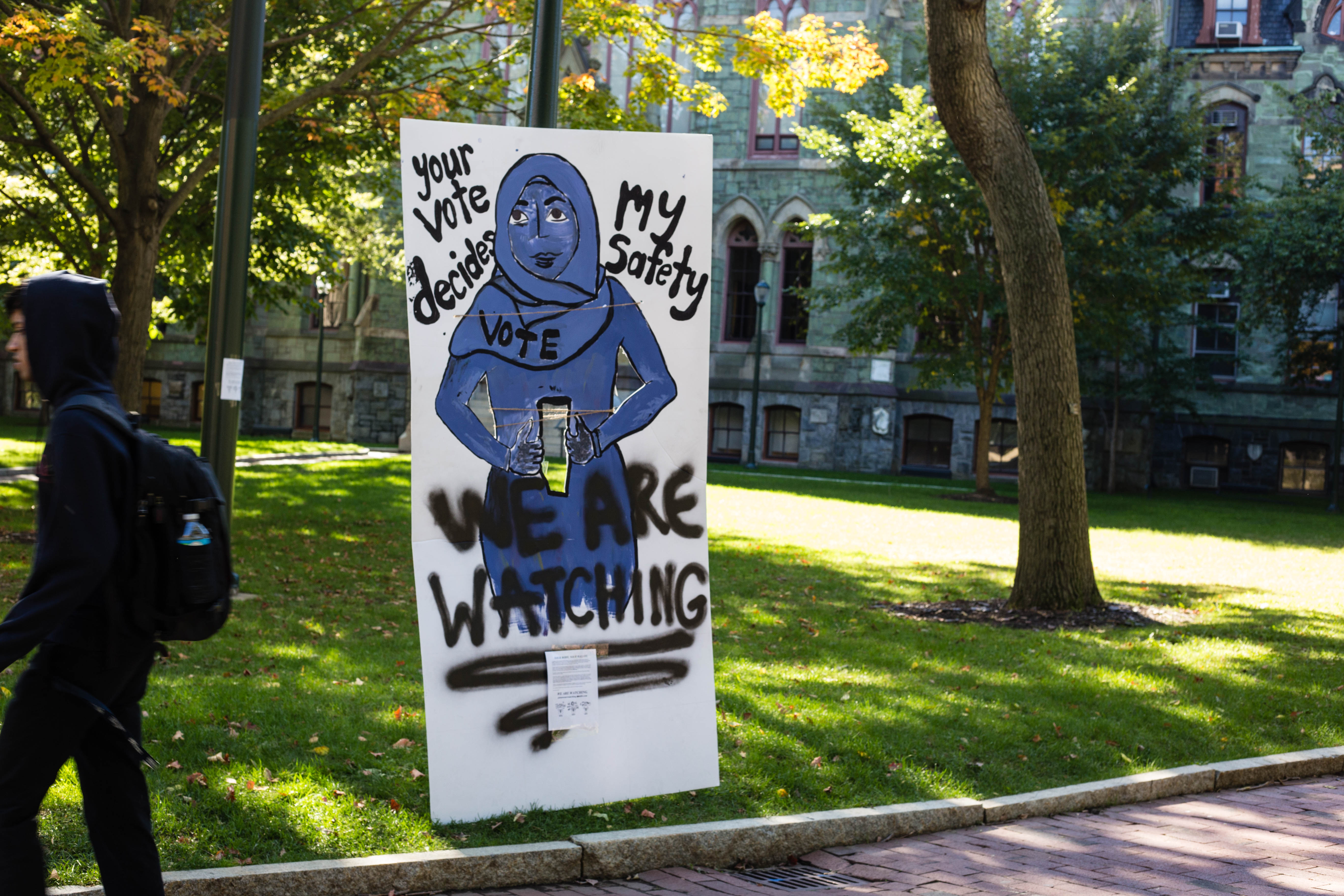 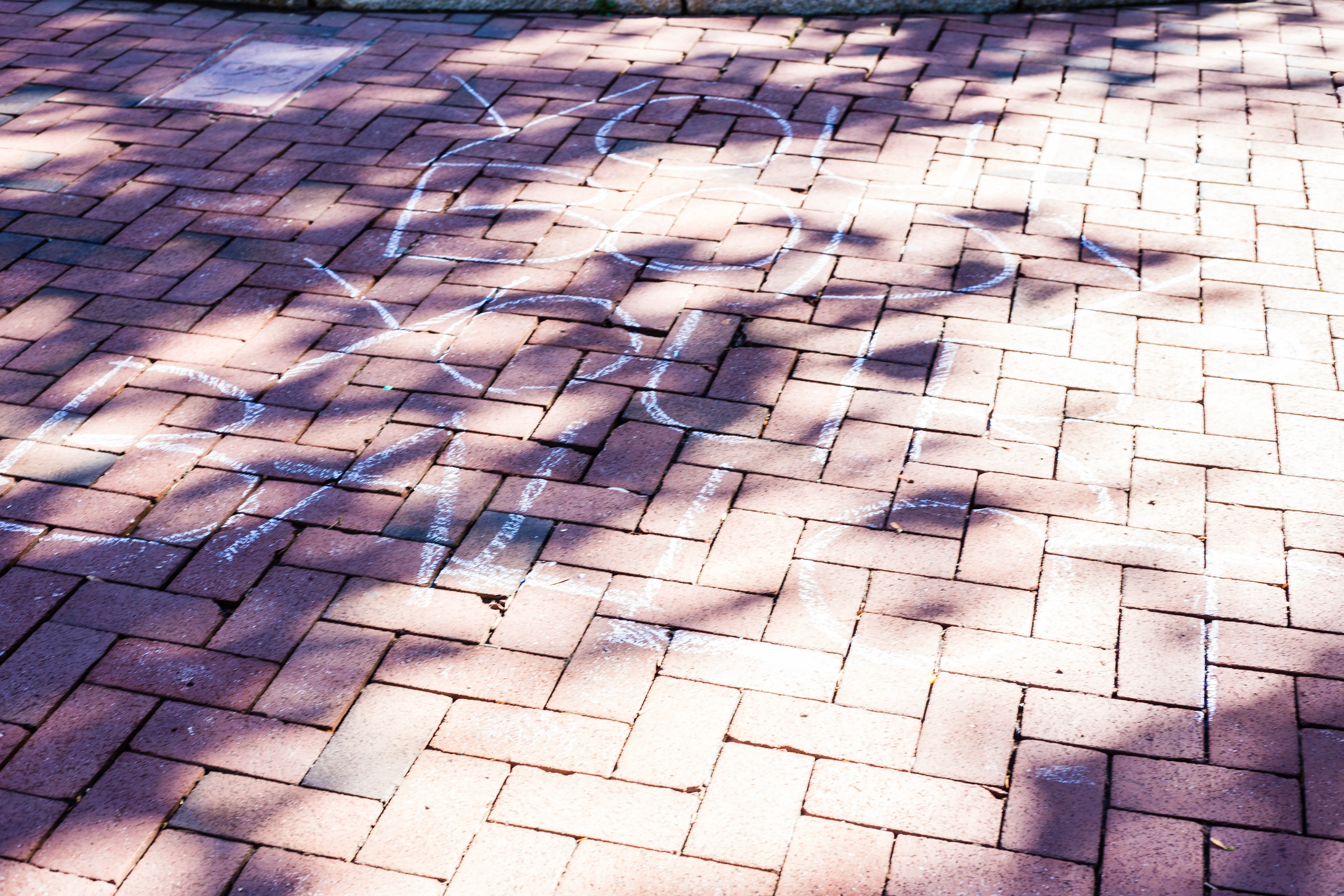 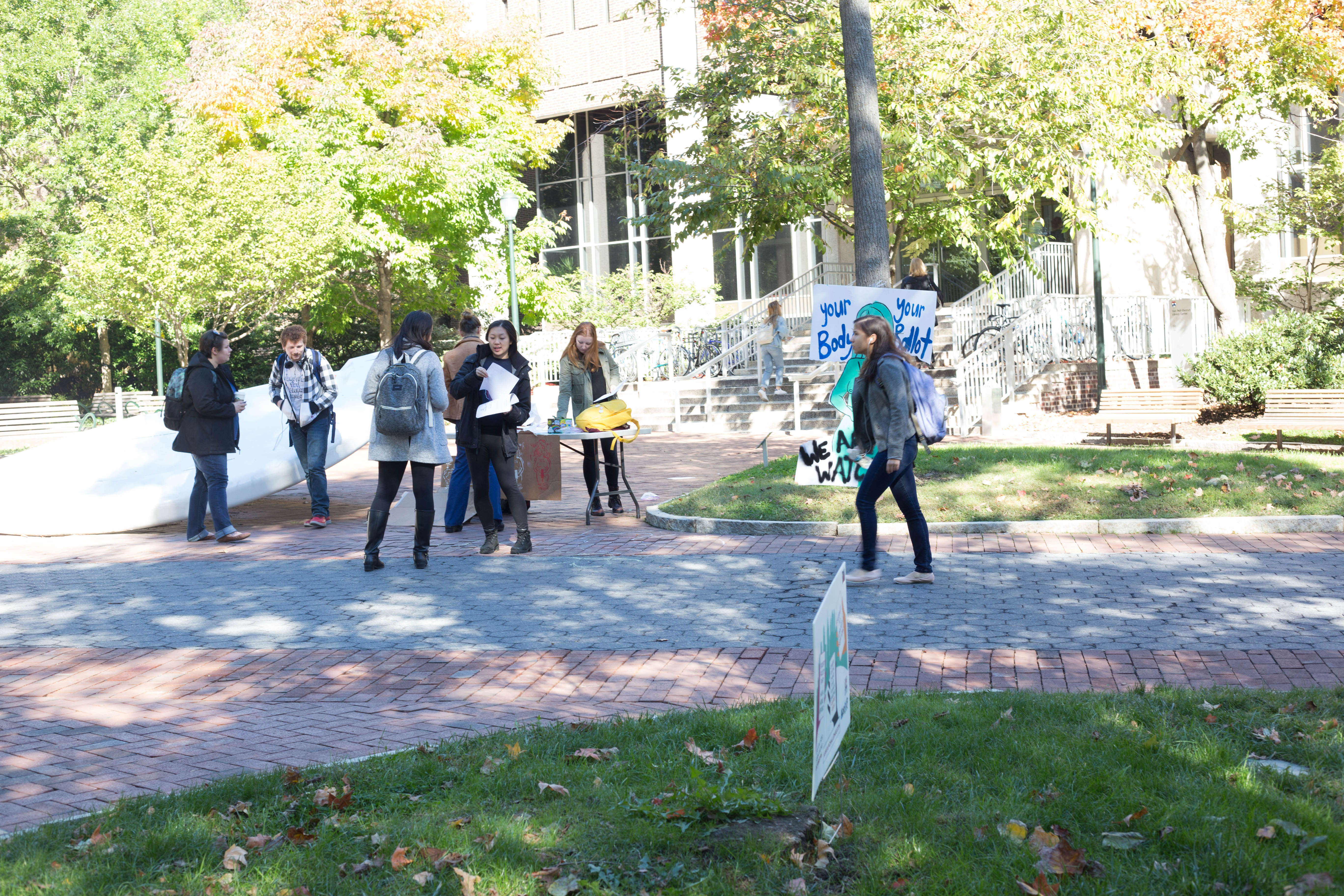 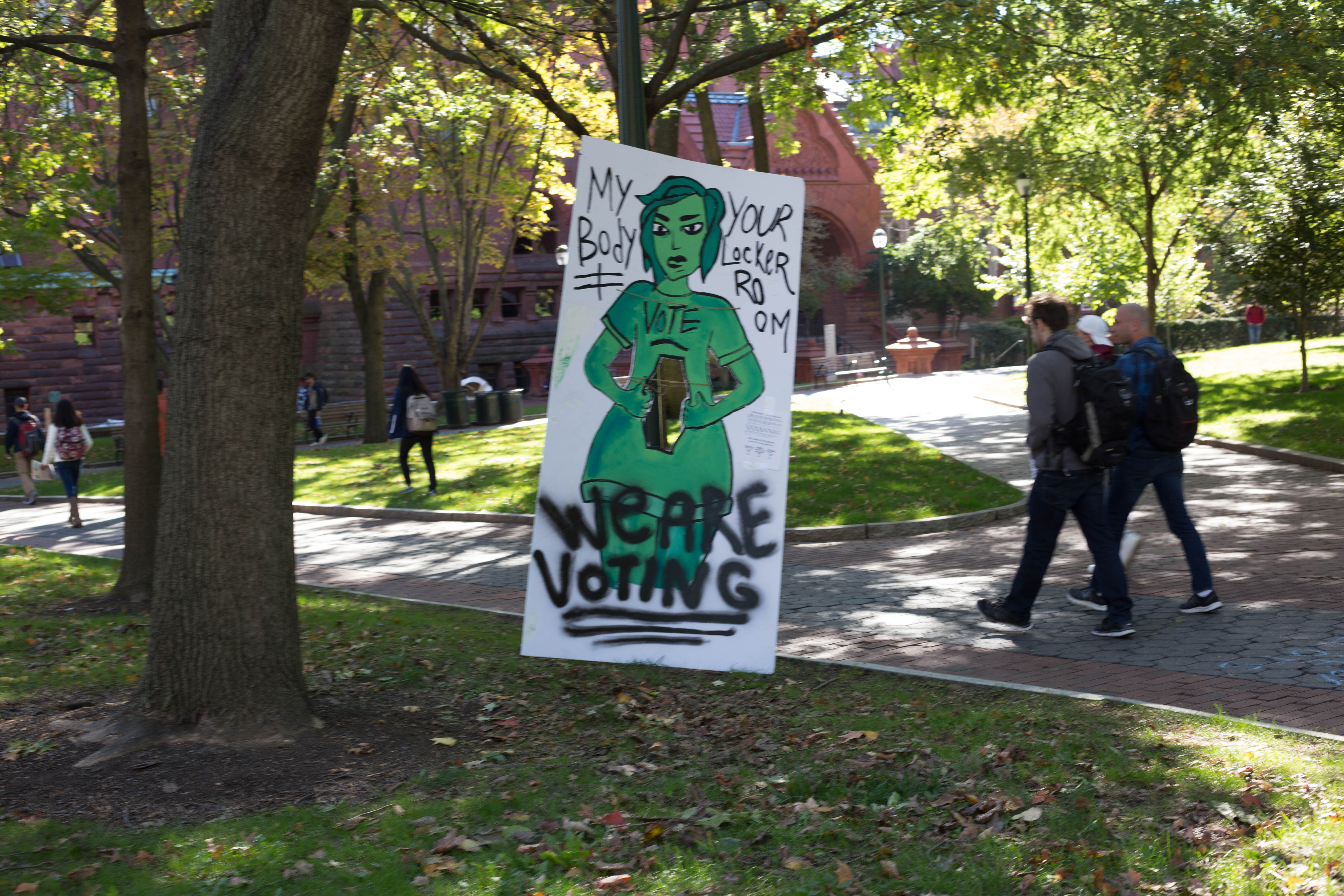 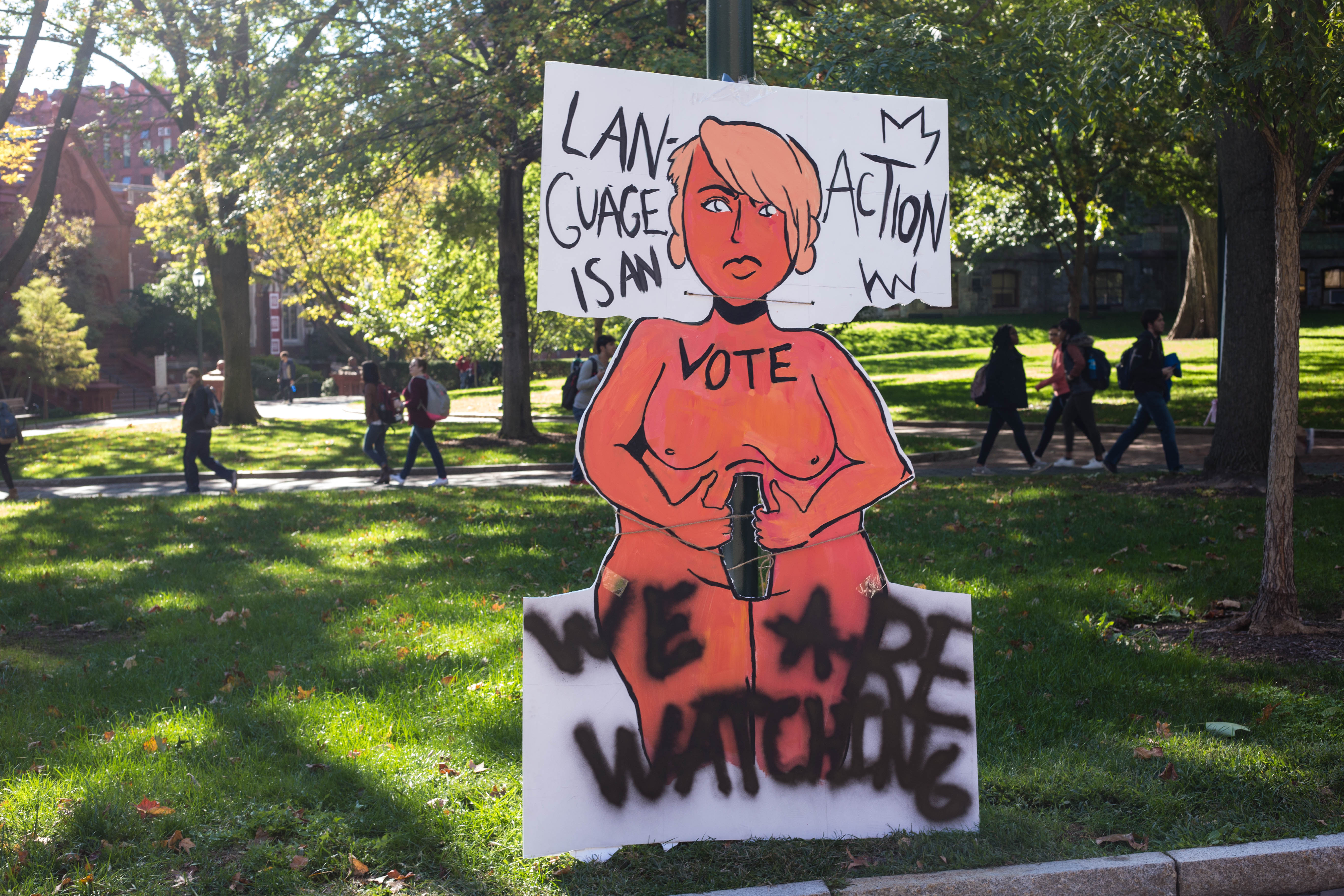 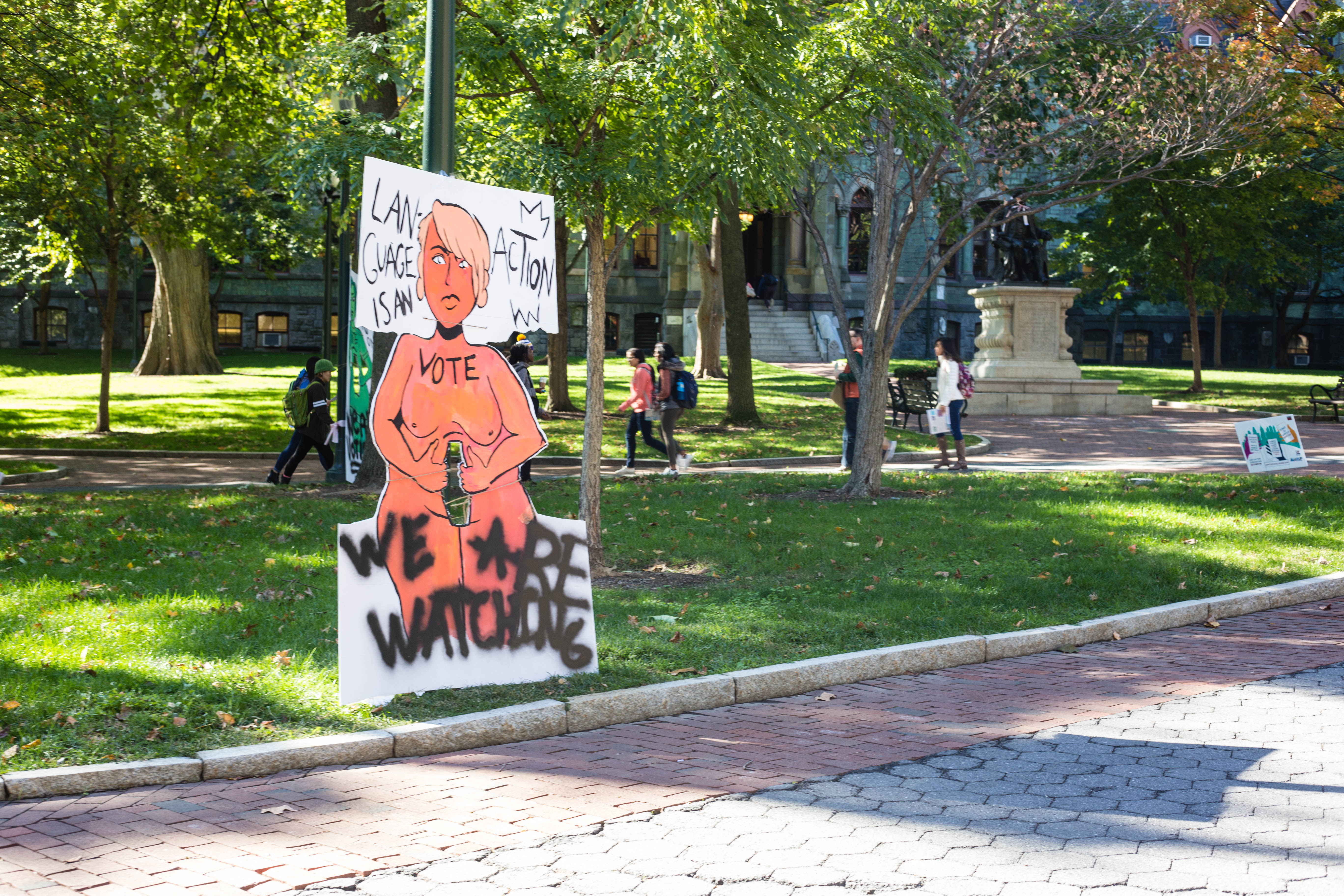 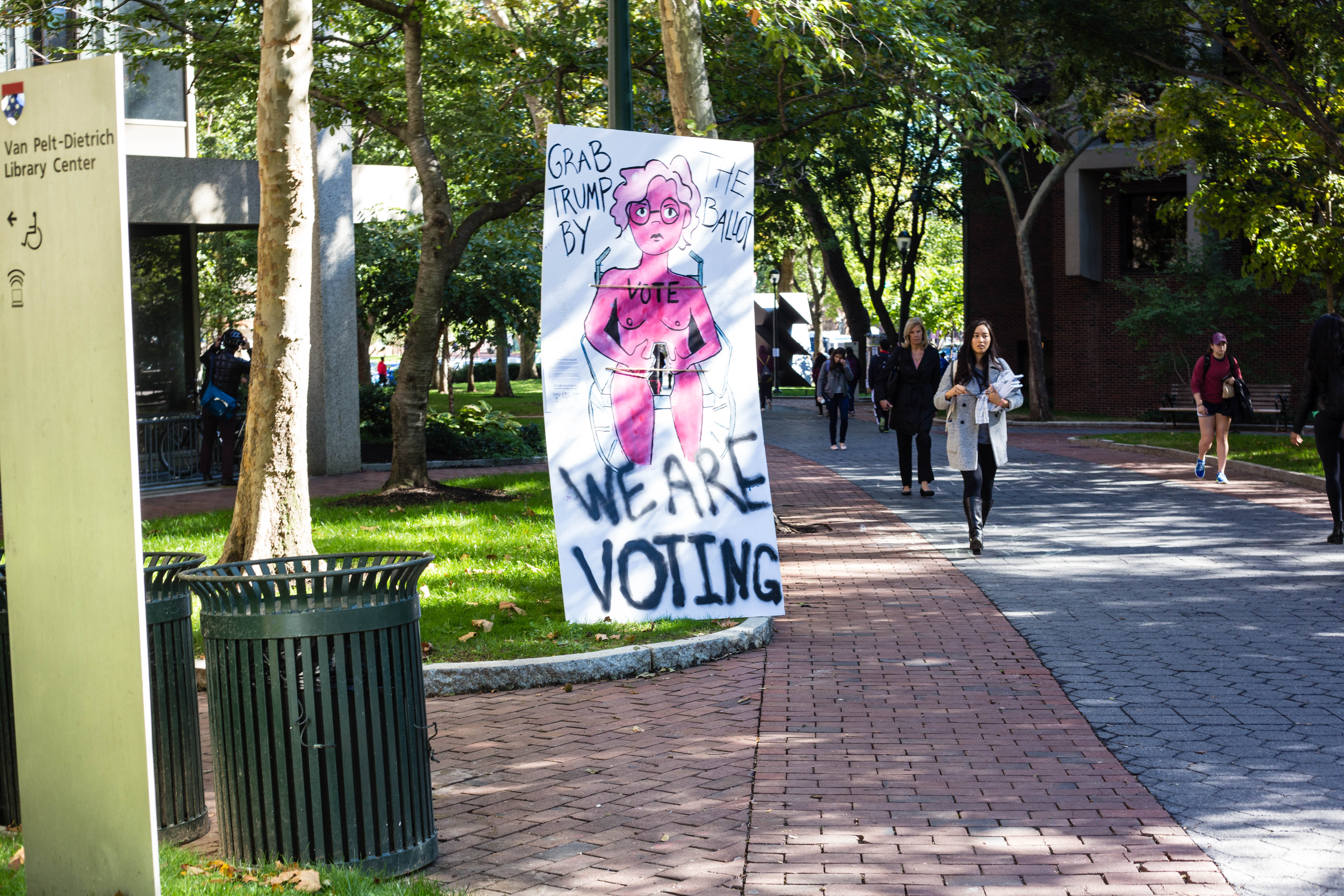 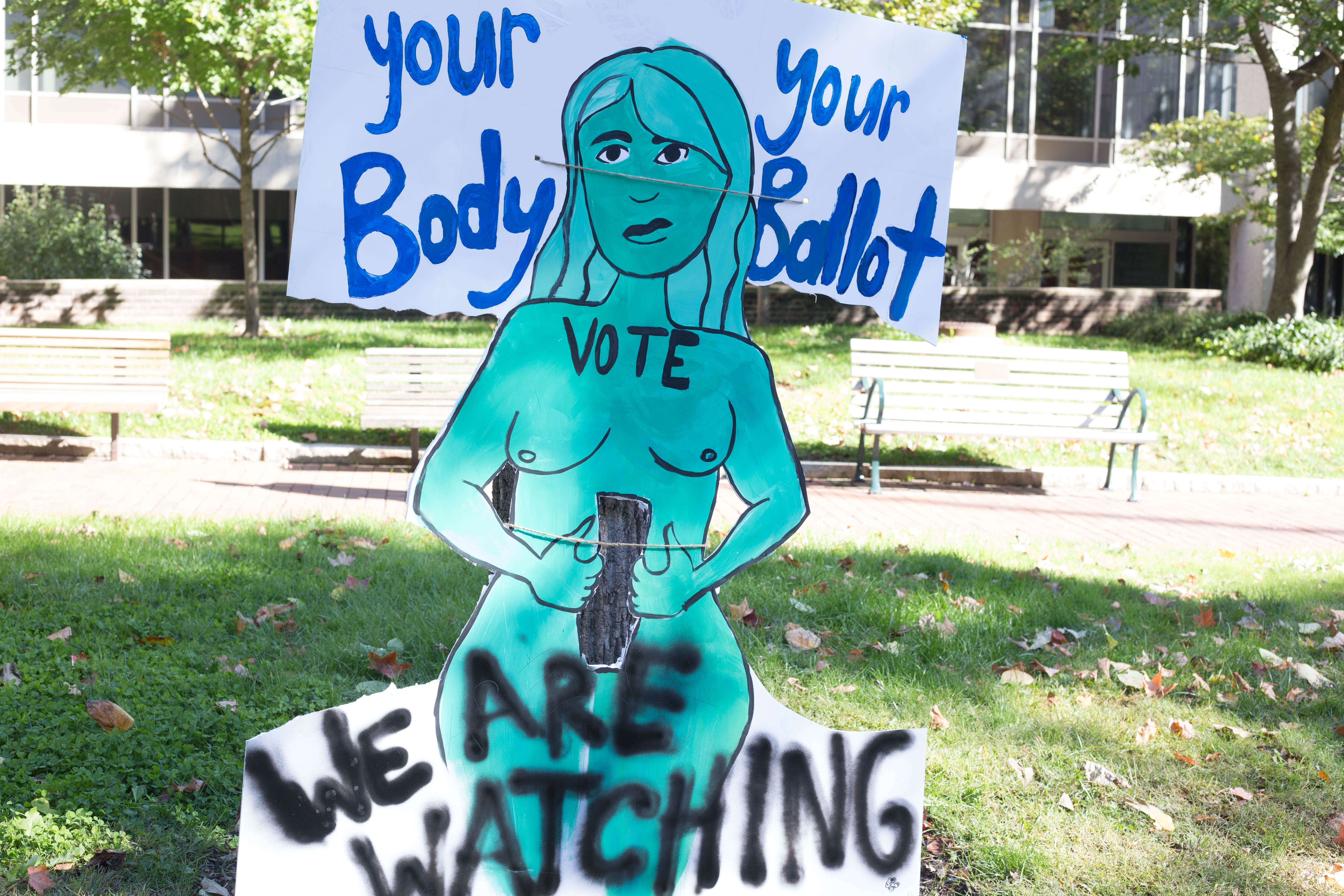 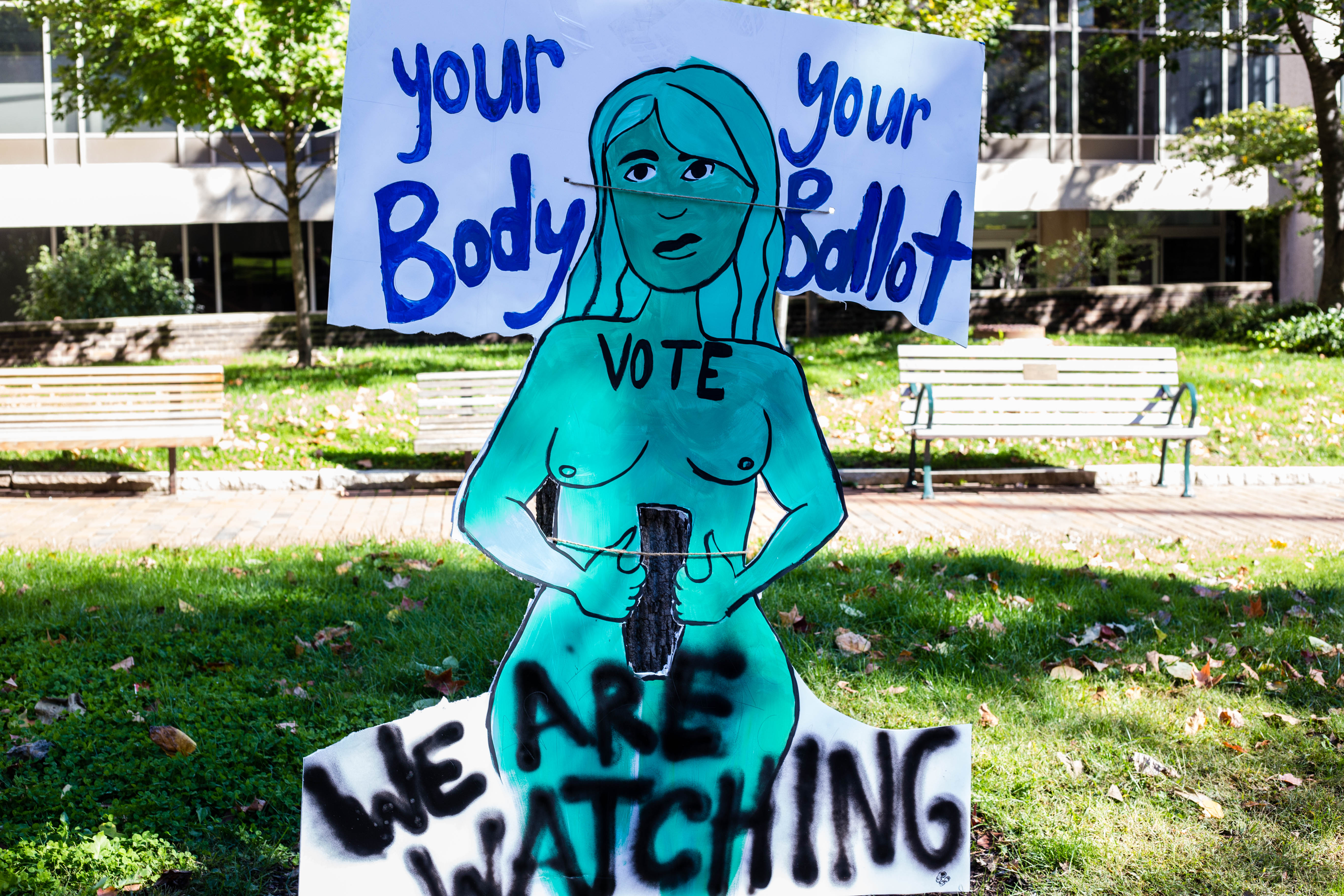 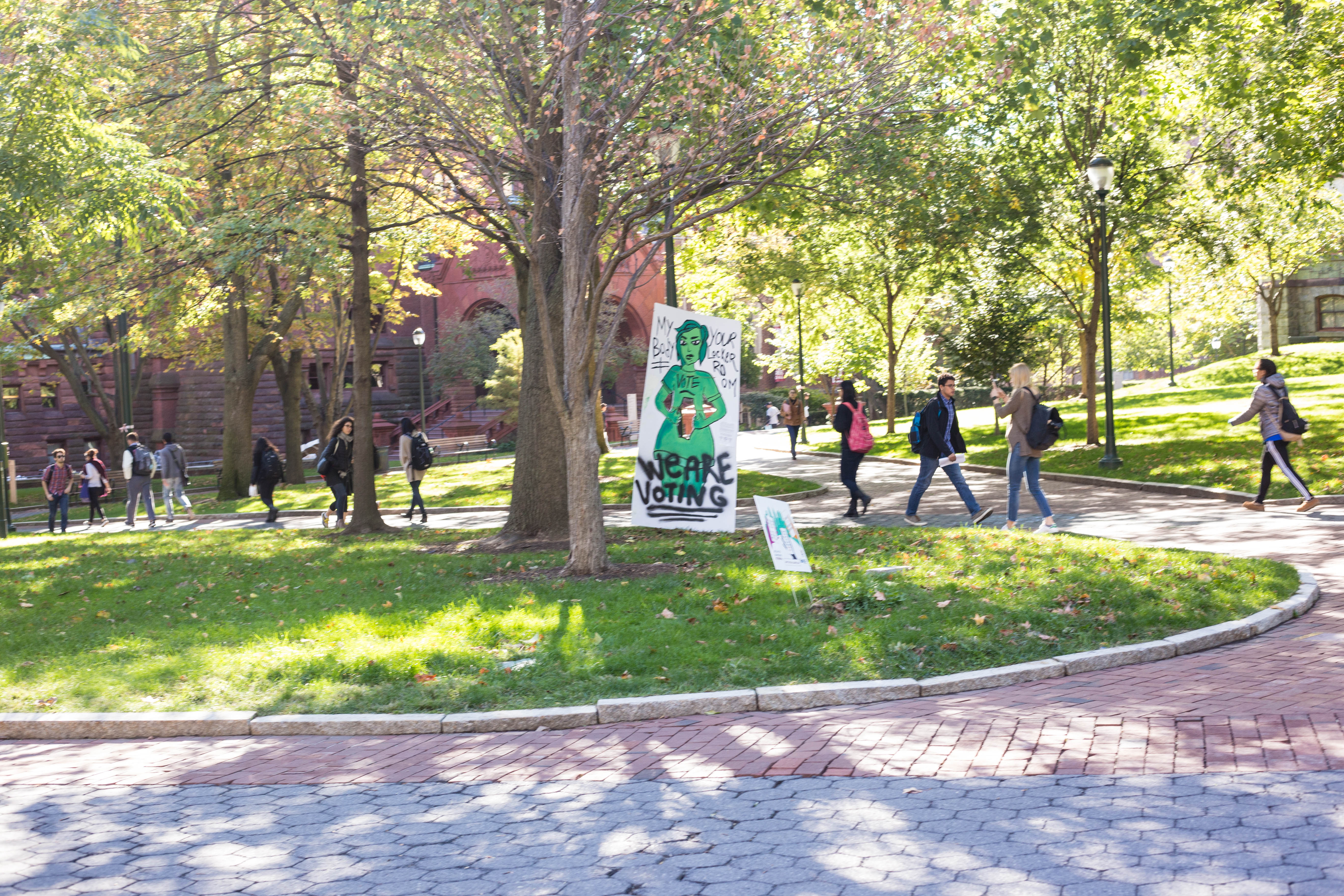 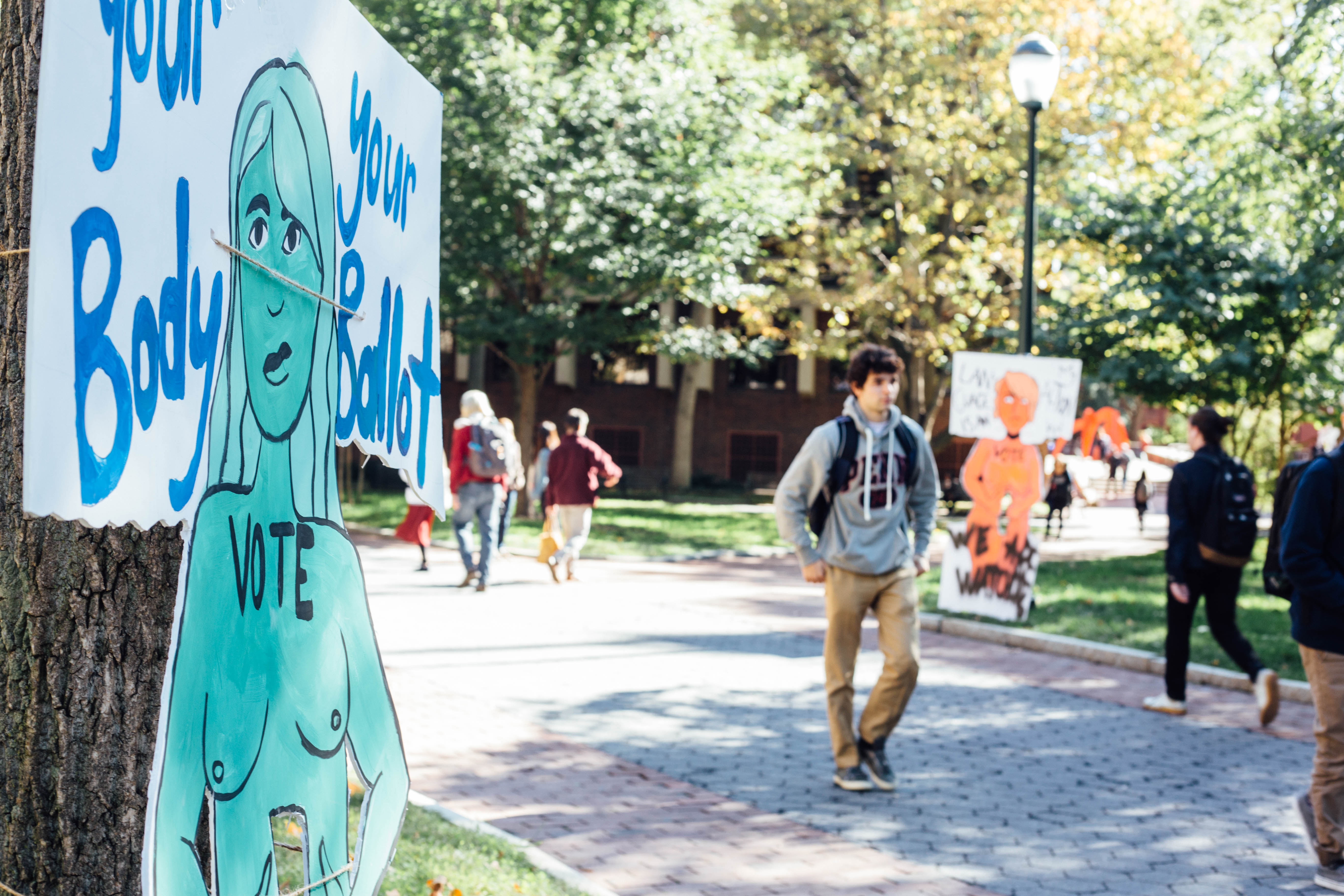