If you go to Penn and you haven’t heard the terms OCR, info session, JP Morgan, or seen hundreds of people going to class in suits, then either you’re living under a rock or you’re an imposter. These terms have taken on greater salience as I progress in my college career, as I progressively near that vast unknown called life after college. No, I am not one of those burn-outs who wants to pretend to be a college kid forever, but when I stare into that black hole that is my future, it is precisely that: a black hole. I have no idea what it holds, I have no idea what comes next. And quite frankly, I don’t want to know. But Penn has imbued me with the sense that if I’m not getting ahead I’m already behind, and if I don’t know where I’m going then I’ll go nowhere.

I’ve been repeatedly reminded how critical it is to make the most out of your college before launching into the “rest of your life” phase – that in immersing yourself here, opportunities will make their way to you. But at Penn, there is a general fear that if you wait for opportunity to come to you, someone will take it before it has a chance to reach you.

But I’ve decided that I don’t want to spend the next three years of my life planning for the rest of my life. 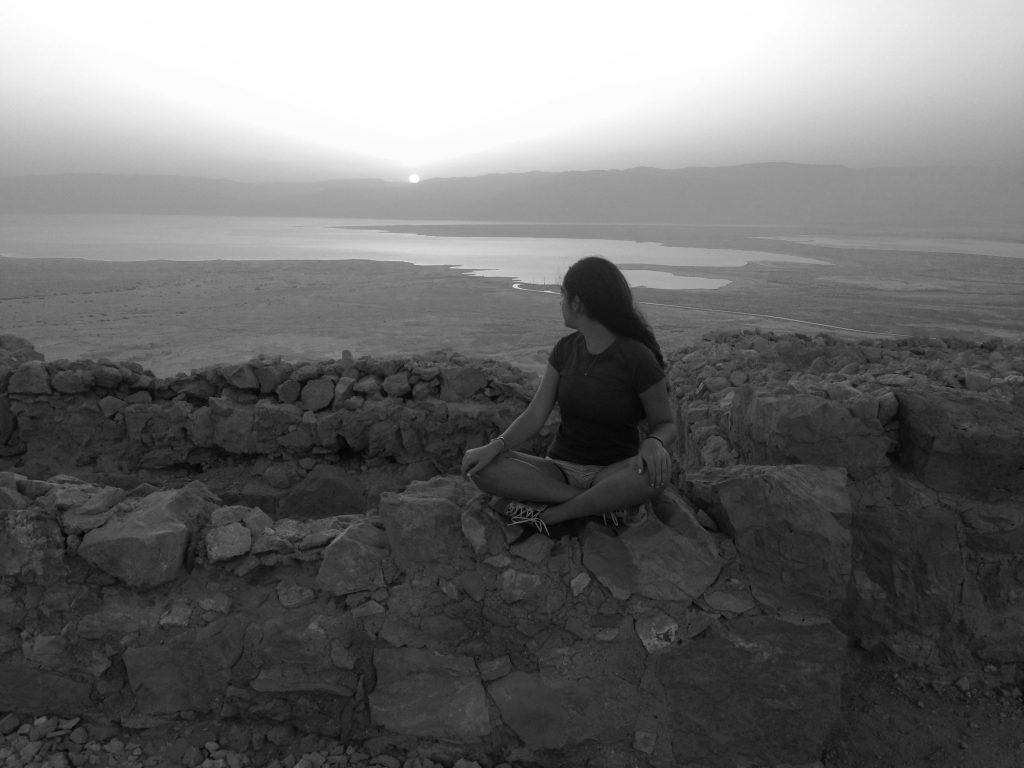 This revelation came after I tried my luck at my first career fair. If you’ve never experienced one of these, it is when various employers from a certain field come together in one pressure-cooker room, bringing along their shiny banners and pamphlets. Students come in their most impressive business outfits, resumes in tow, with the goal of shaking as many hands as possible and asking the most educated questions that demonstrate high levels of interest and cognitive capacity. In my demure dress and tasteful flats, I blended right into the crowd of hopeful policy makers and advisors. I wonder if anyone could tell that I was sick to my stomach. I walked in there determined to find the inspiration for the rest of my life and walked out exactly thirty minutes later more confused than ever, but with a very strong desire to run away as far as possible.

Penn has really successfully created one of the most ambitious student bodies in the country, but it comes at the cost that it has also created one of the most tunnel-minded student bodies in the country. There is one way to success, and there is one version of success, and it is called JP Morgan. I think Penn has encouraged the idea that sacrificing one’s happiness and sanity to be an entry-level partner at a big law firm is a sacrifice worth making, but sacrificing your potential to make it big on Wall Street to live on a farm is a waste. What if I wanted to spend a few years visiting every national park? Is that time well spent or is that a waste of time? What’s a better thing to sacrifice: my degree that I worked hard for (and pay a lot for) or my short-term happiness?

Why is this even a trade off?

Why shouldn’t we expect to have both? Can I eventually find myself in a government position enacting real change in the world, but after hiking the Appalachian trail? The thing is, I don’t actually know if that’s possible.

I usually like to write about things that I have an answer to, but in this scenario I don’t have one. I don’t know if it’s possible to achieve conventional success after a detour, and I am just as conflicted between wanting to join the flow of suits and wanting to swim against the current, between wanting to a clear vision of the path from here to forever, and wanting to wander around off the trail for a while without a clear direction.

I’d like to think that I will eventually be brave enough to choose the less conventional path, but in the meantime the best I can do is encourage other people caught in the same mental battle as myself to be courageous. And in this case, I don’t necessarily think courage comes in the form of immediately taking that less conventional path.

I think the courageous decision is to live as presently as possible, not thinking about how the things you’re doing are going to look on your resume, but doing what you enjoy with the self-conviction that whatever you choose to do in the future, you’ll be prepared for, and you’ll be successful in doing.