It’s such a high-strung culture

There are many factors that contributed to my decision to veer from my studies at Penn and elect for a class that didn’t count towards my degree.

The first being a personal goal that stemmed from curiosity: I wanted to take a class at one of the best business schools in the country just to see what it was like. Seeing how the option to fulfill this goal was available to me, I felt I had to take advantage of it.

Second, I consider myself a creative writer, so naturally throughout my time at Penn I’ve been experiencing an inner conflict trying to figure out where the f%[email protected] my interests are going to take me. There’s not exactly a clear path. There’s also little to no representation within mentor networks and career fairs that cater to my interests. Struggling deeply with all of this, I decided maybe it was a good idea to garner some skills that can be applied in a wider range of “real life,” and “practical” settings.

The result of all these curiosities, inner struggles, and insecurities was my enrollment in Introduction to Marketing.

I’m an English major, and I took a class at Wharton. This is my testimony. 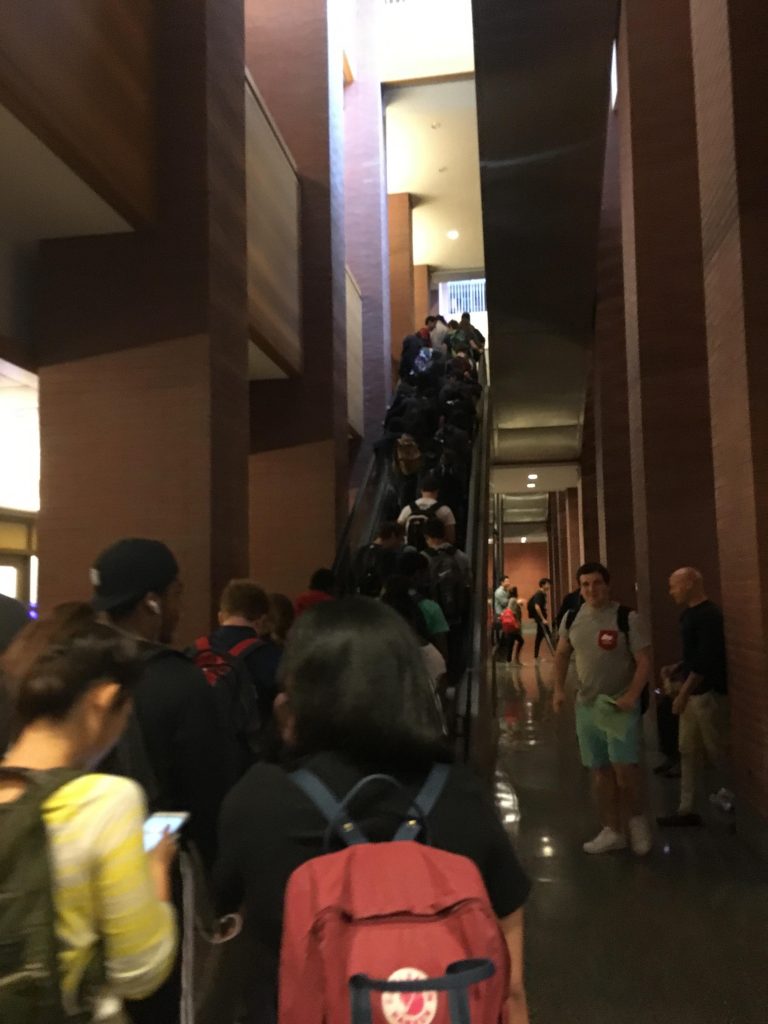 Let’s begin with the grandeur of Huntsman Hall

It is the extravagant building that serves as the Wharton headquarters. It’s hard to make the connection that this is on the same campus as all the other buildings at Penn. You’ve got: marble floors, high ceilings, crafted wood details throughout the state-of-the-art facility (to name a few).

There is an entire wall dedicated to Donald Trump. Not to mention the man who it is named after, Jon M. Huntsman, a renowned businessman and philanthropist.

People walk through Huntsman seemingly dressed to match the impressiveness of the building. You see crowds of people in suits and business attire, you hear the clicking heels of dressy shoes.

On the first day of my marketing recitation, I was taken aback when I was the only student in the room not sporting a Canada Goose jacket. Never heard of it? Look it up and pay close attention to the price. 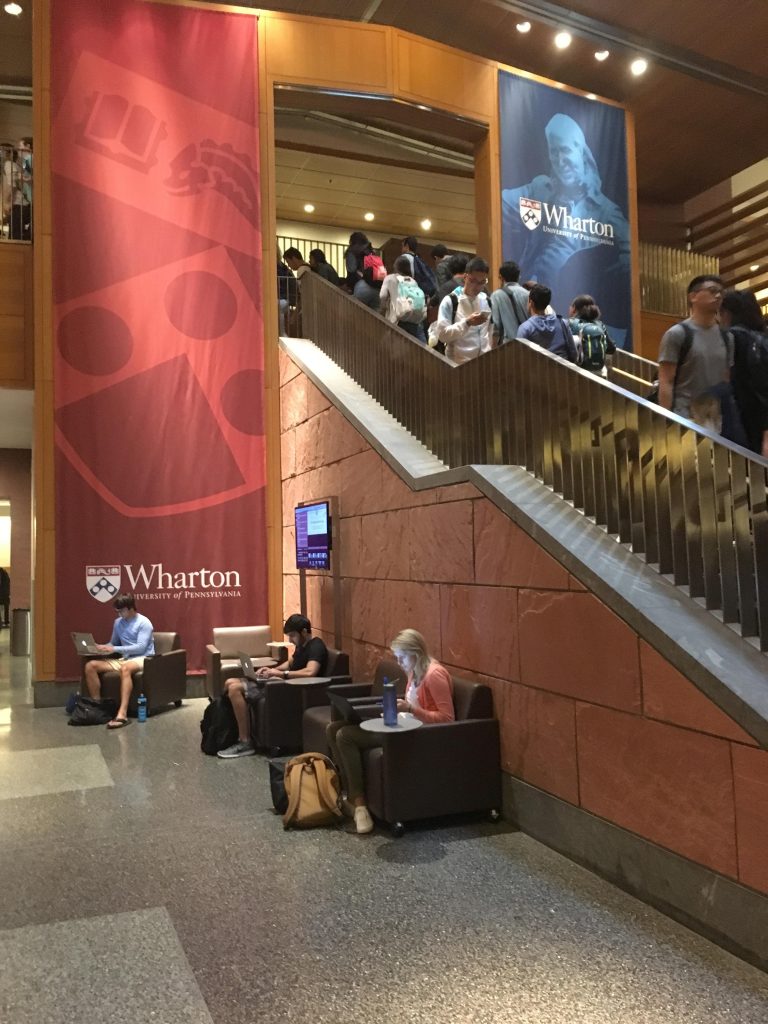 The classroom environment was far from ‘chill’

Let me first describe the type of environment I am used to. You walk into a small, seminar-type English class, and you are greeted warmly by other students and the professor. You sit back in your chair and relax. The professor begins by checking in on everyone and what they are up to. Sometimes the professor asks the students where they would like to begin the class discussion. When discussion begins, it develops naturally. There is no need to raise one’s hand most of the time. You sit, listen, and absorb the conversation as it is presented in its unique, free-flowing way.

When you enter a Marketing 101 recitation, you immediately feel the tension in the air. Nobody so much as acknowledges your presence, including the TA. When class begins you follow the TA’s plan for the day, in the way he or she leads the discussion. We always did the same thing. Although there was a different case to analyze each week, the structure of the class was monotonously rote. It always began with reciting a summary of the case, which I found pointless. For anyone who actually read the 10 or so pages of the assignment (a cakewalk for an English major), summarizing was an unnecessary focus on “what” happened, when the crux of it should have dealt with the “why” or “how.” 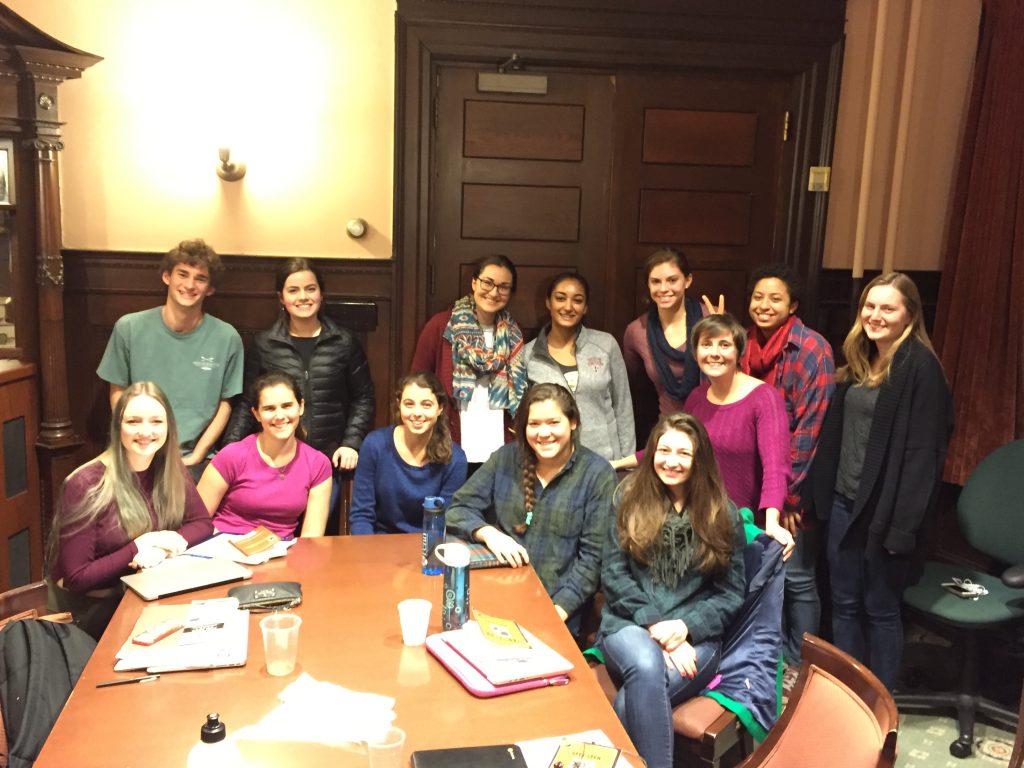 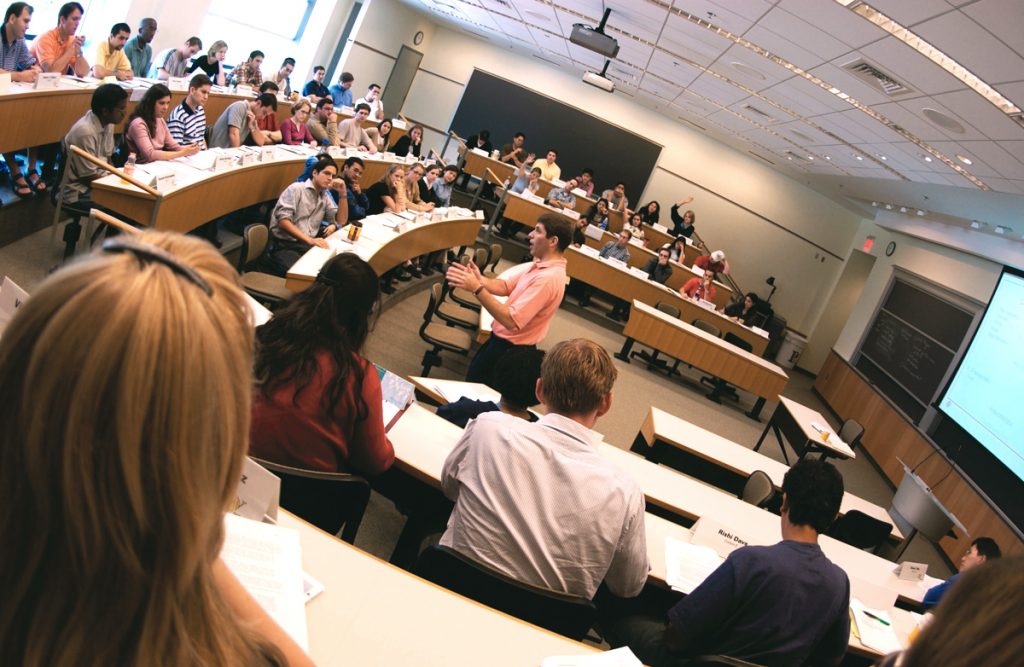 When we eventually delved into the more analytical questions, students in the class raised their hands with intense vigor to be seen for participation points, just short of fighting others to state their opinion. Meanwhile, the TA sped through these comments, hastily taking note on a sheet of paper how many times everyone spoke.

It wasn’t a discussion to me, but a brawl to be heard and accounted for. Many of the comments during this time were repetitive of other comments, and I had trouble following along to a conversation that essentially wasn’t one. I’m not even sure people listened to each other. I was astounded by the number of times one opinion was followed up by something entirely unrelated. There was no sense of connectedness.

I do not support a participation system that encourages subpar discussion. How about discussion for the sake of discussion? Characterized by sitting back and contemplating the thoughts of our peers? It’s OK to have brief moments of silent reflection after a classmate makes an astute point, no? 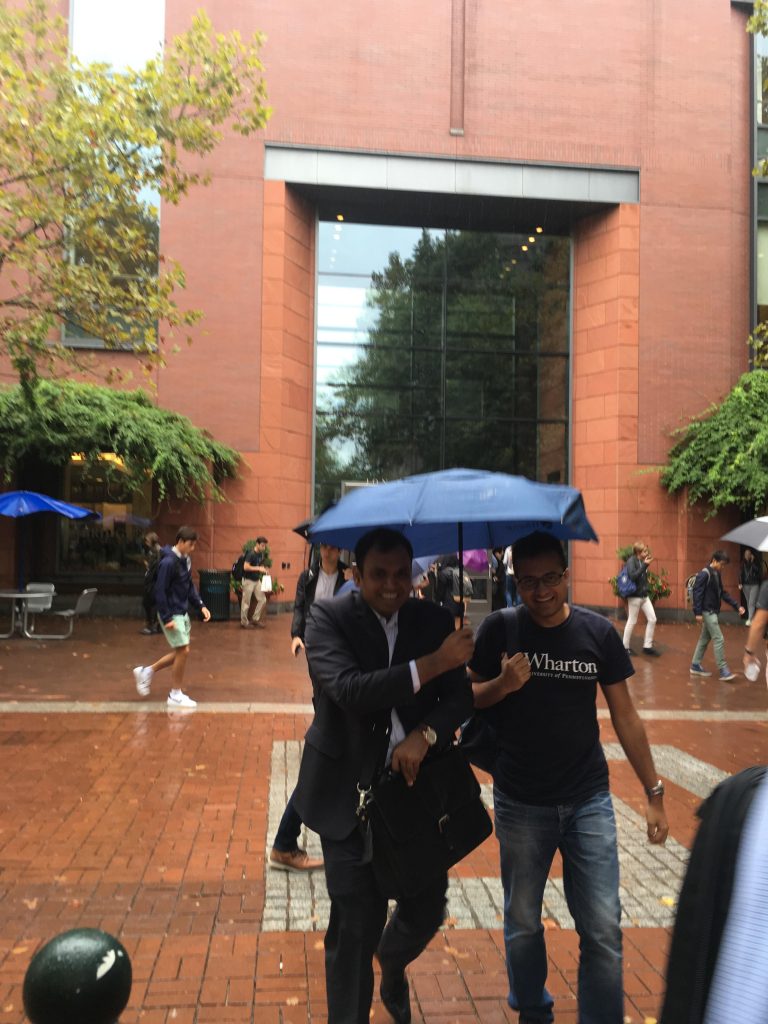 Nobody was there to be your friend

Getting to know your fellow classmates was beside the point. It was cut-throat. It was competitive. People would go back and forth trying to one-up each other. I’m pretty sure one individual took tabs on another to make sure he pushed one comment further to be “victorious.” I laughed. I couldn’t stand such a high-strung culture.

Taking this class made me more aware of the differences across schools within the same university framework. Many principles upheld in my marketing recitation went against my beliefs in what should be emphasized in a classroom. It’s all good though.

I’m happy to return to the comforts of the English classroom where I know indubitably I belong.