A hate preacher is currently on Campus Green telling Jewish and gay students to go to hell.

He’s carrying a sign listing all the people who he thinks should be condemned, and on one side it says “no one is born homosexual”.

It also says anyone who smokes weed or has premarital sex is going to hell. 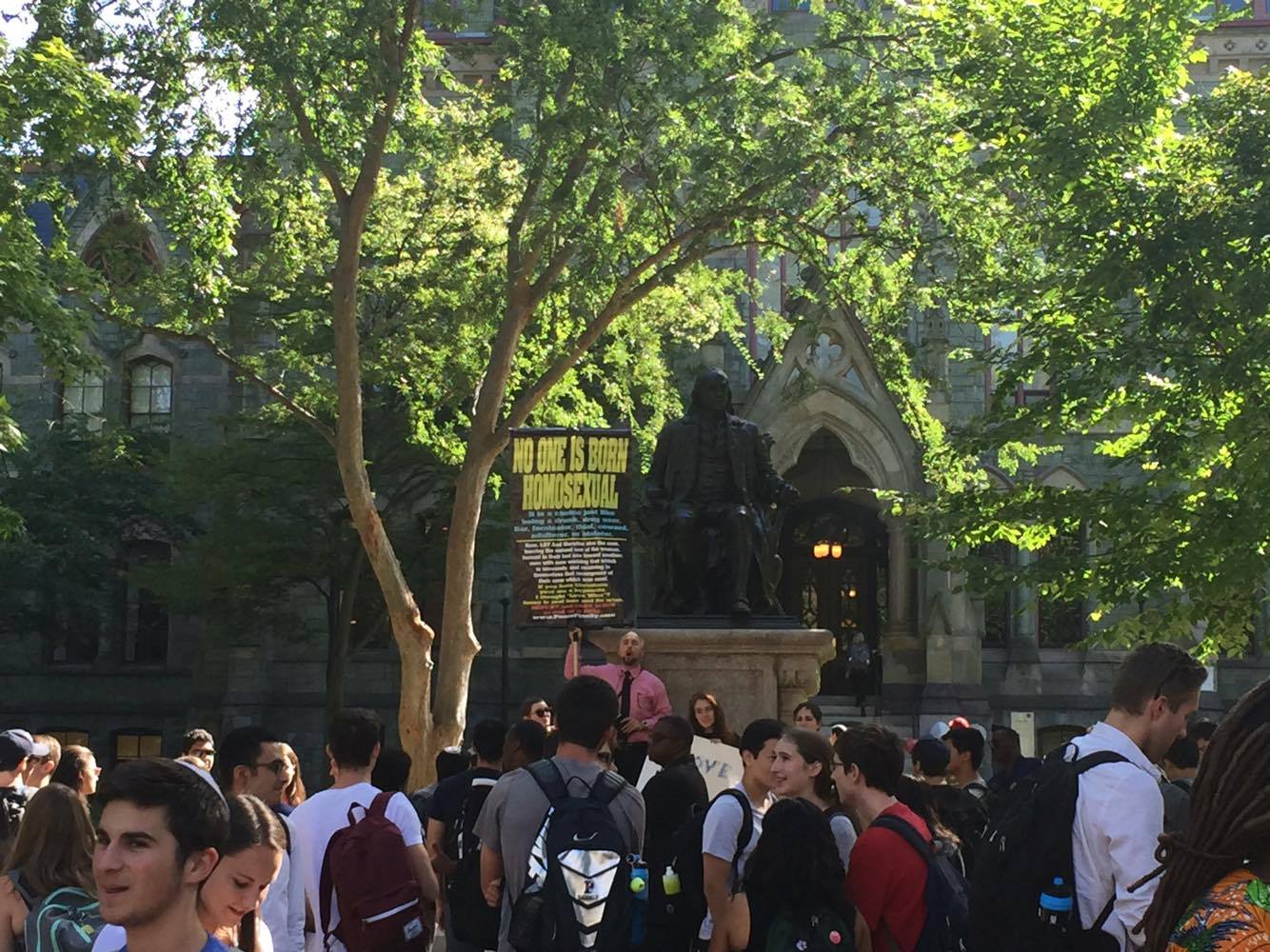 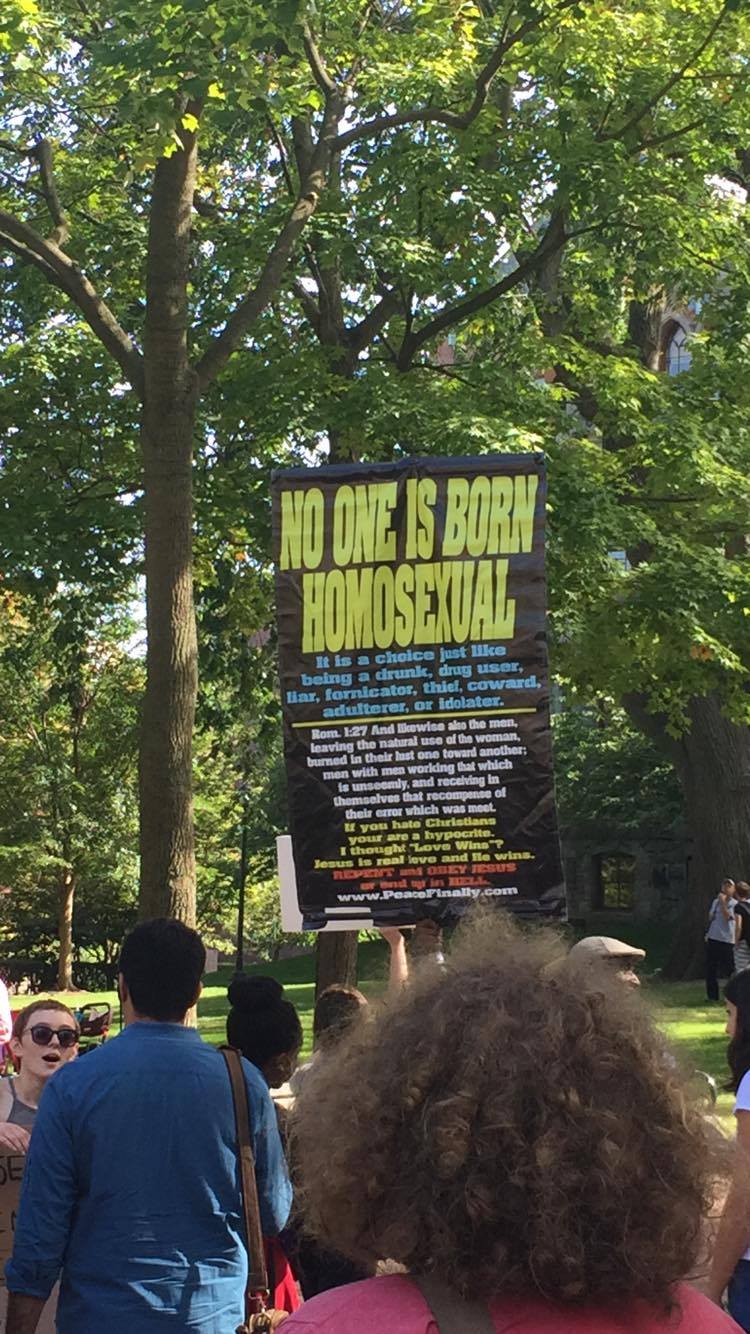 The Queers Have Cookies group is coming from the other side trying to distract attention, and they’re giving out Insomnia Cookies.

He has added, bizarrely, that Penn students are not as educated as students at UNC Chapel Hill.

The preacher was on Temple’s campus yesterday, where he received a similar treatment after telling women they “shouldn’t be college educated.” Thanks. 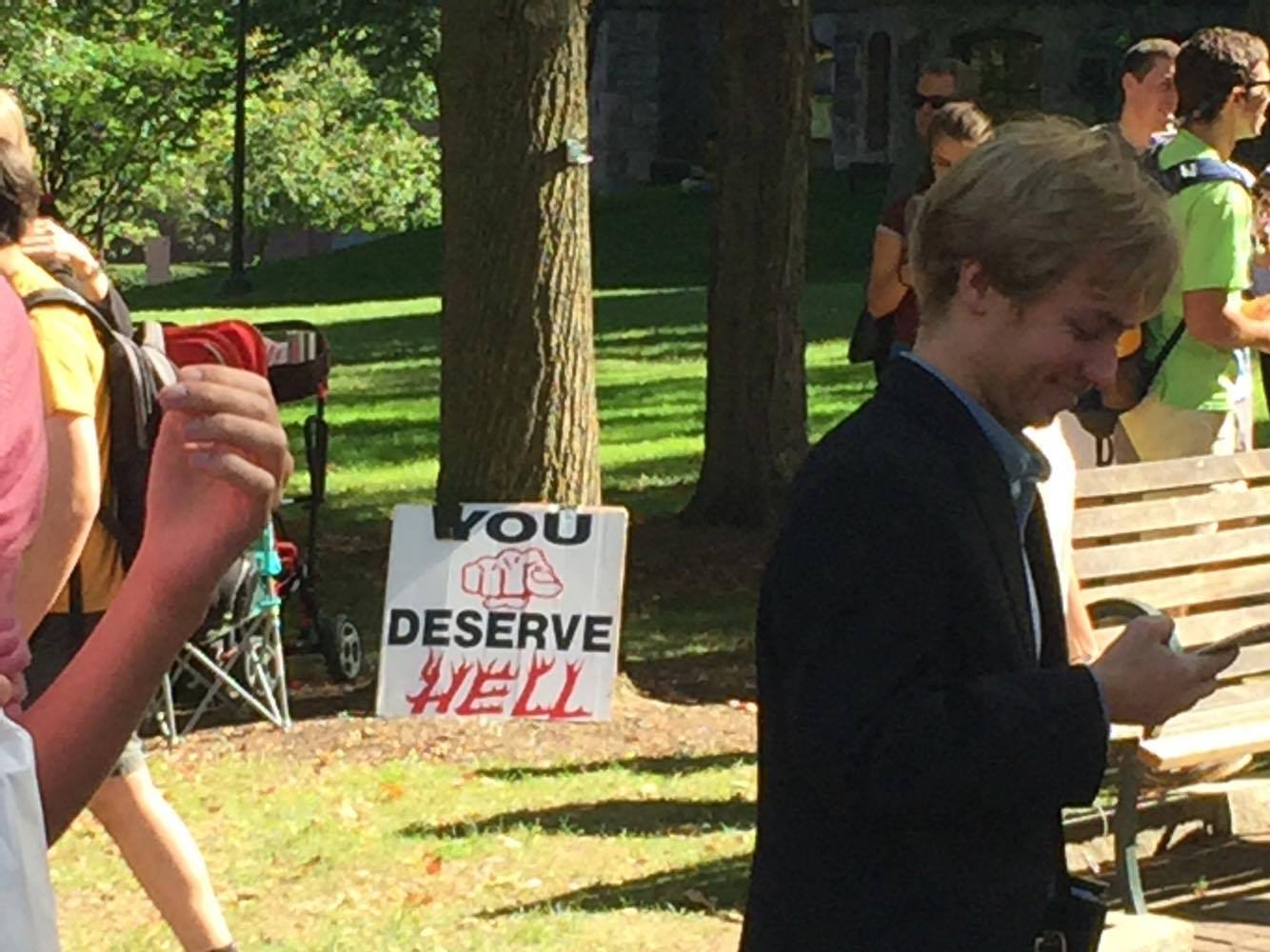 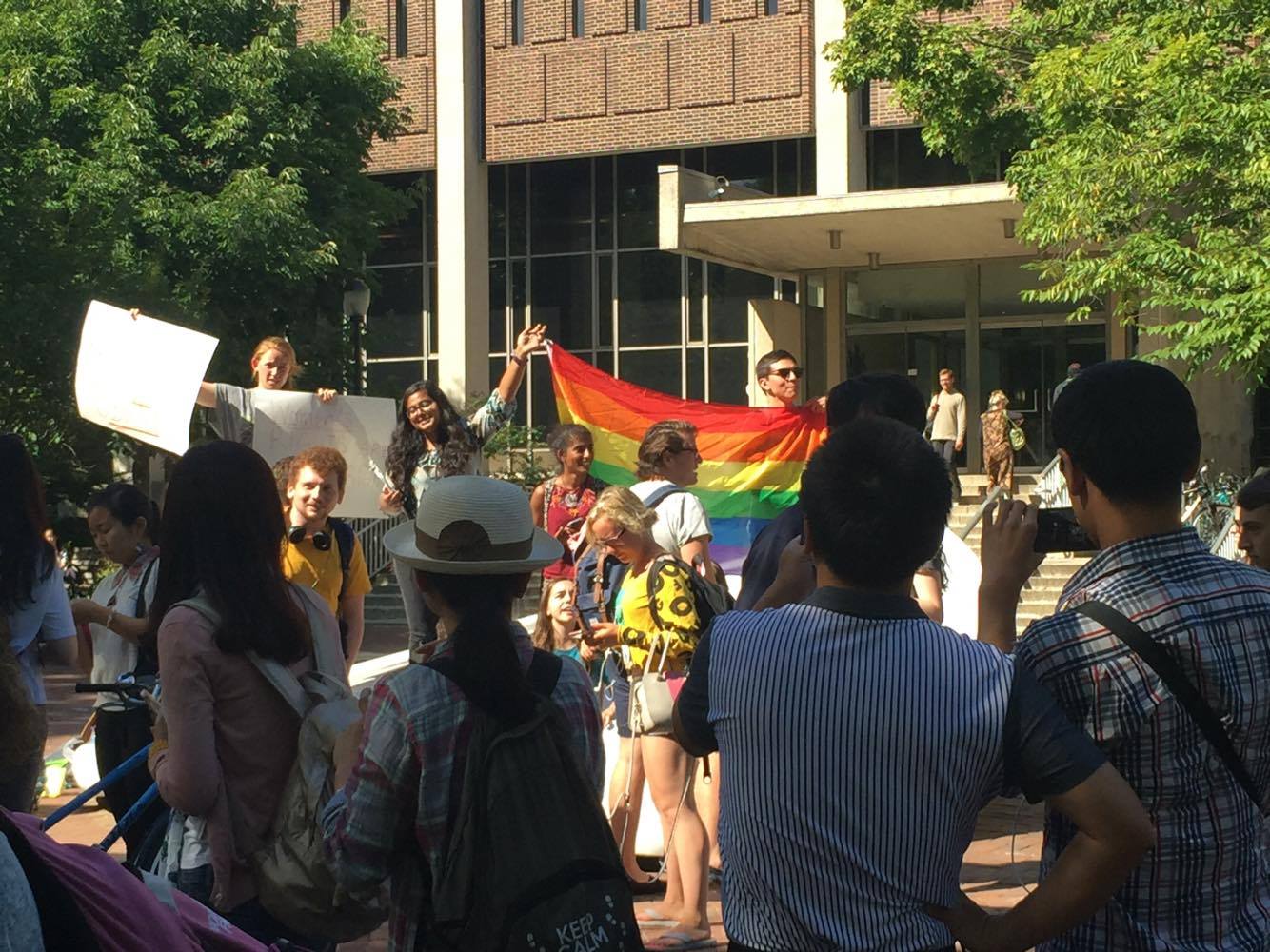