Behind The Penn Face: Week One

A term that is especially well known here is Penn Face.

Similar to duck syndrome, it can be defined as the facade the Penn student body puts on to let others think they’re OK when they’re actually struggling mentally, emotionally, academically, or physically.

In the last three years there have been TEN suicides on campus.

The immense pressure that we put on ourselves to be the most employable, social, and well-rounded individuals at one of the most competitive universities in the world is something we all are guilty of. While it’s OK to strive to be the best, it’s also OK to admit you’re struggling or need help.

I walked around campus to ask fellow students a few questions about the “Penn Face” culture and here are their answers:

For some odd reason, I kept accidentally approaching freshmen. Although I knew they’ve only been here for a few weeks, I was at least interested to hear what they had to say about Penn Face.

The overwhelming majority of their answers were unsurprisingly a few (nervous but reassuring?) chuckles and “I’ve heard of it, but I don’t believe in it.”

As much as I wanted to say “oh, just wait until midterms,” I bit my tongue and remained eager to listen.

Keep their answers in mind while reading the ones following. 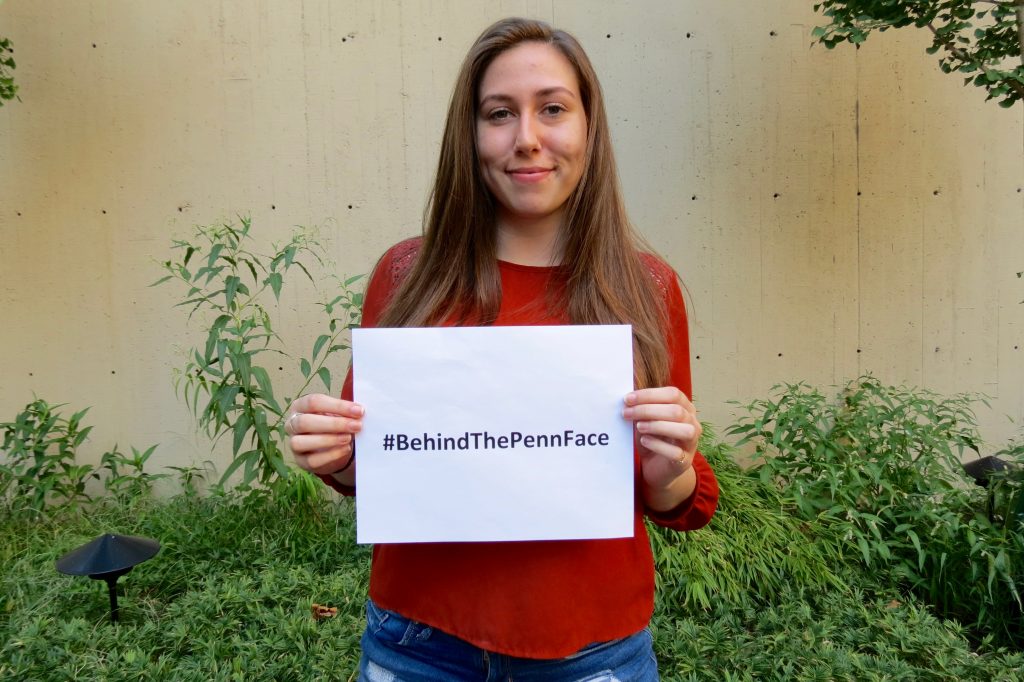 The facade that people on this campus put on in order to hide the struggle that they’re going through…that’s like the universal thing that I think ALL students face.

I heard about Penn Face from some of my mentors I had my freshmen year, then I felt myself giving into that. The hardest thing was trying to reject that culture. Being one of the few people I knew who would actually show my struggle was kind of isolating at some points, but at the same time allowed me to find other people who saw I was struggling and allowed me to open up. It was a much more rewarding experience because I found friends who also didn’t subscribe to that culture.

Did you ever reach out or use any other resources to help you get through struggles?

My self-motivation helped me out a lot and the mentors in the clubs and programs I’m in (Civic Scholars and Abuse and Sexual Assault Prevention).

We need to have deeper discussions .Not just acknowledging it, because especially when you get deep into freshman year you realize it’s a real thing. Acknowledging is the first step, but we already do that. We don’t have spaces where we can actually talk about it and really break down Penn face and make ourselves vulnerable. No one likes to be vulnerable, but we need to create a community where people feel safe enough to break down if they need to. 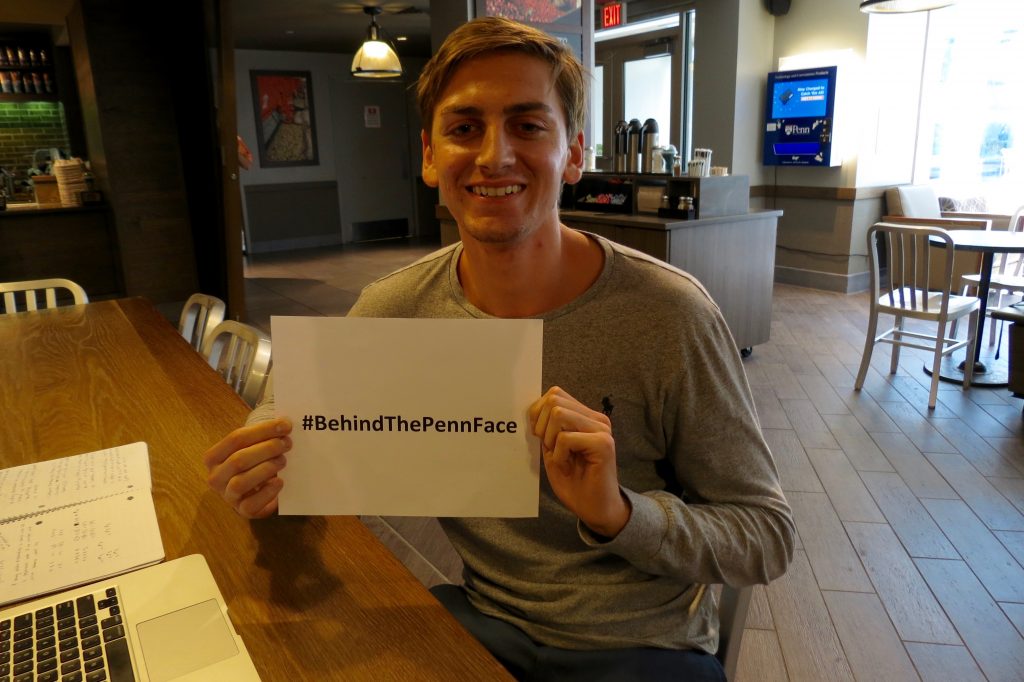 Putting on a facade, not being honest with other students and your friends about how you’re feeling. Being afraid of not living up to expectations or letting people down.

Reacting to adversity and having to bounce back.

Students should come together and be honest about their problems. Be honest with each other. The first step is to admit it’s a real problem, which I think we’re on our way to that. 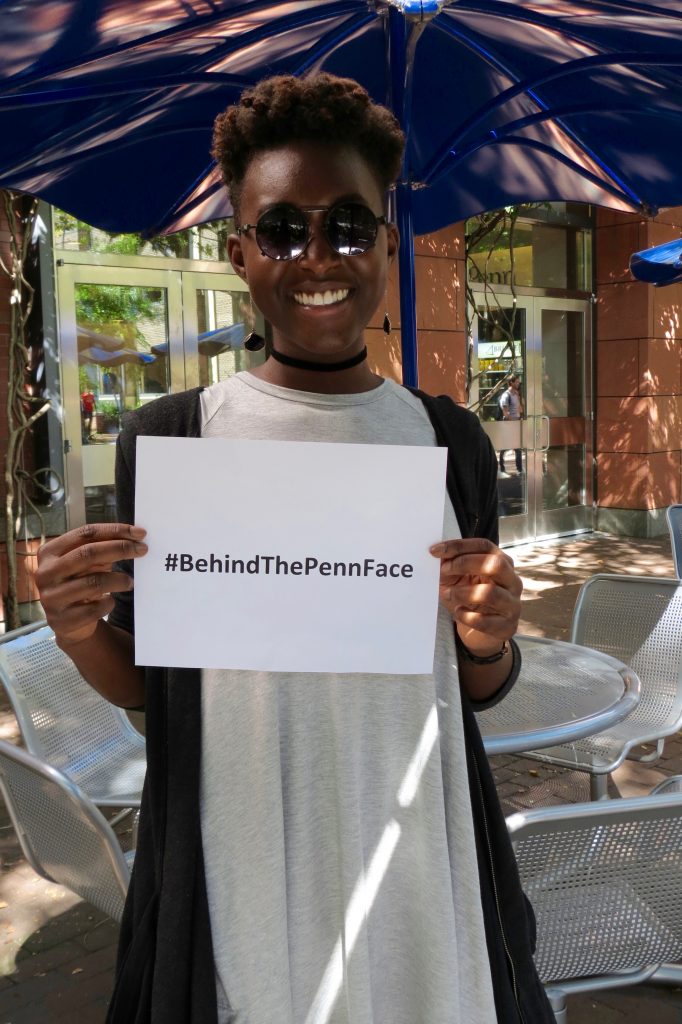 Putting on a facade that everything is okayed that you’re very successful in what you’re doing, when in reality you’re on the struggle bus.

Trying to get over the Wharton stigma that you have to concentrate in Finance or Consulting when that’s not a path I necessarily see myself in. So forgiving myself for not being interested in those paths.

What helped you personally get through Penn Face?

I think it was mostly self reflection, trying to know myself better. Knowing that everyone else is struggling just as much as I am. Talking to people and realizing what other people are facing made it better.

Just being more open about our successes AND our failures. Not being afraid of what others have to say about that, or what other people think because I don’t think any of us care that much or would judge others for failing at something because we’re all very successful. 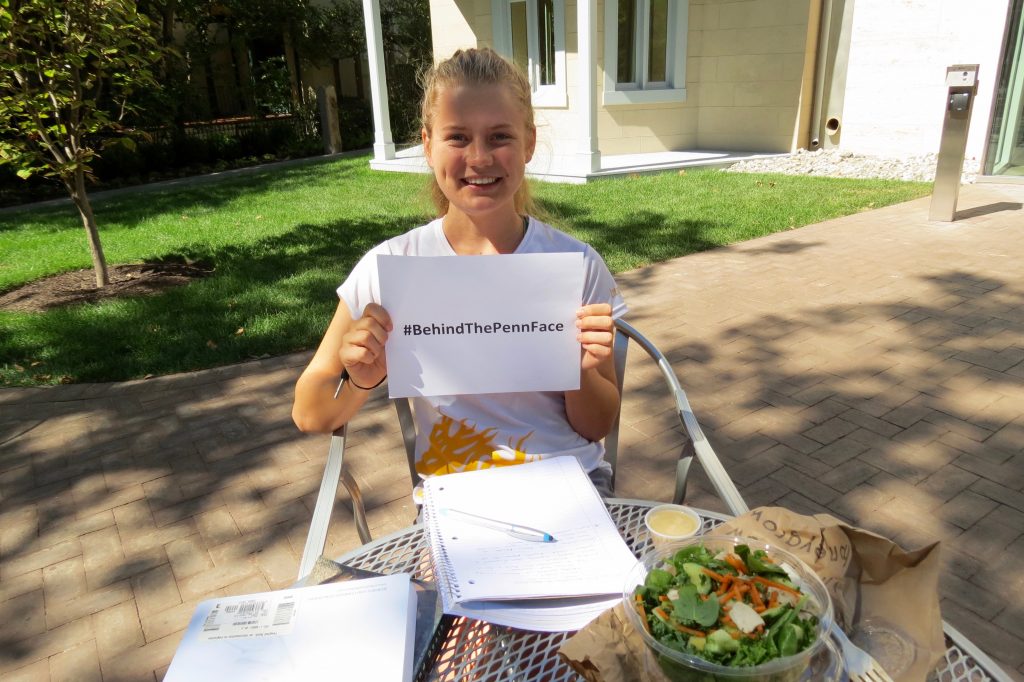 People pretending adversity doesn’t affect them and that everything isn’t what it really is. Putting on an illusion, when behind the scenes you’re always pressed for time and stressed.

Recognizing that I don’t belong in every club. Taking rejection personally, when in reality everyone has their own niche here.

Admitting it’s hard. Instead of trying to create networks and have multiple connections everywhere, try to create genuine and quality relationships with others.

If you want to contribute to our new series, contact The Tab Penn’s Editor Jurie Joyner.