Rise of the Trump Bro: How male students started supporting The Donald

There are a few things I have an extremely difficult time understanding. Fantasy football, for example, taxes, how cars work, astronomy, how curling remains an Olympic sport, and why anyone in their right mind could possibly support Donald Trump for president.

To me, the idea of a Trump presidency is baffling. Like many others, I find it extremely hard to believe that a man who said: “You know, it really doesn’t matter what they write as long as you’ve got a young and beautiful piece of ass,” could become the next president of the United States.

There is a sense that this is some sort of wild dream, that we are going to wake up and find ourselves in the midst of a different election. But this belief that Donald Trump could not possibly become president has paralyzed those who would never in their right mind vote for him. And in our stunned paralysis we were unable to stop him from winning the Republican nomination, and we now find ourselves closer than ever to the prospect of a Trump presidency. 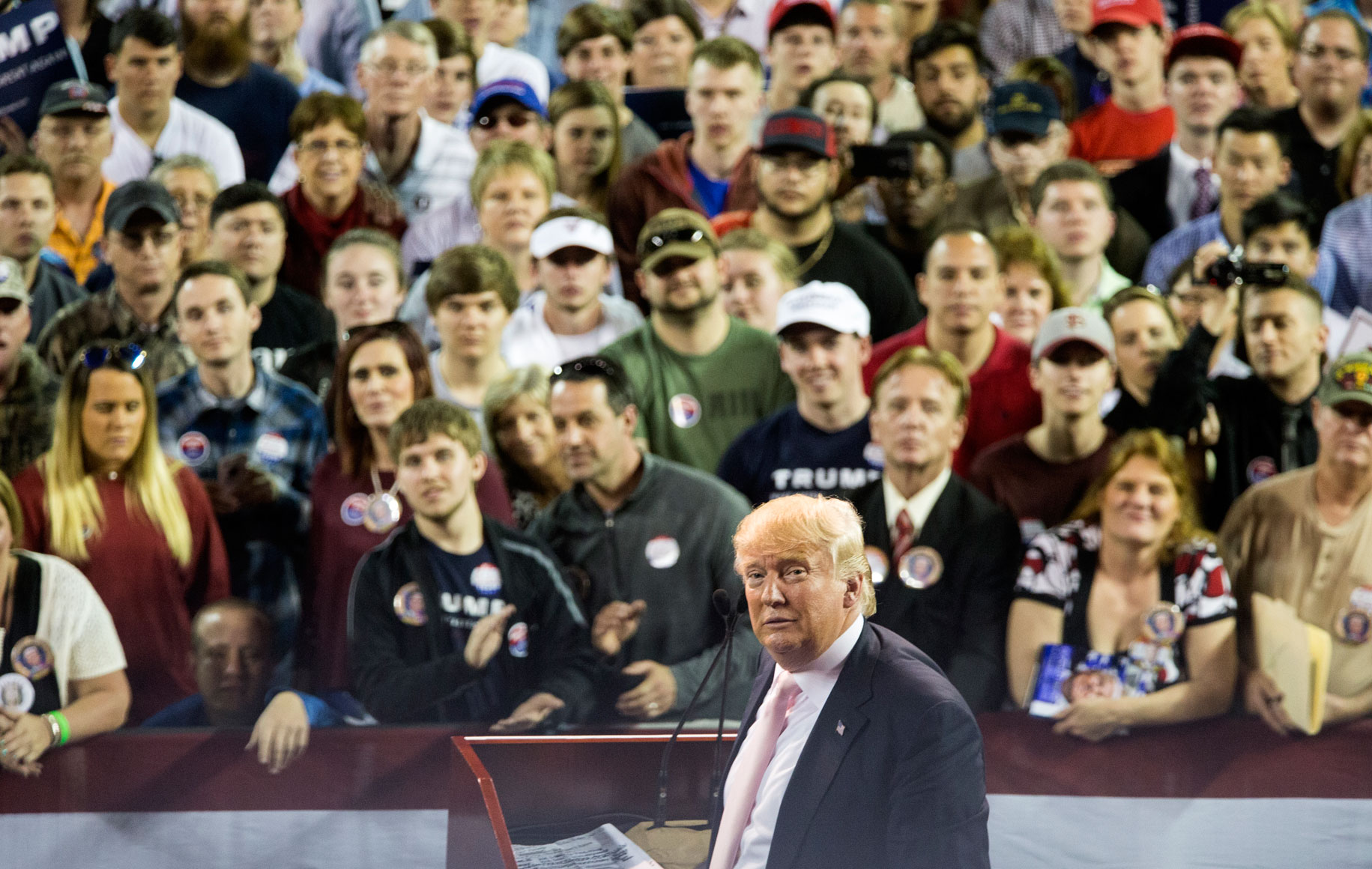 Many people, myself included, took Trump’s initial candidacy to be a joke or an attention stunt. But some people took that joke a little too far. I don’t mean to assign total blame or commit some gross generalization with this, but in the early days of Trump’s candidacy, I was witness to tendency among some college-aged males to jokingly lend Trump support.

They sarcastically retweeted Trump’s promise to make Mexico pay for the wall, they joined in Trump in scoffing at or insulting everything from women to climate change. They might not have ever intended to vote for Trump, nor did they necessarily agree with him, but their sarcastic support was dangerous in itself. College students have never made up a large portion of Trump supporters, but they were the ones who dressed up as Trump for Halloween. They are the ones who wear the “Make America Great Again” slogan satirically, and use Trump’s face for memes and gifs.

And in this case all press was indeed good press because over time, ironic attention turned into results in the polls. The ridiculousness with which we treated Trump’s ideas turned into voters who legitimately believe in the advantage of a physical wall between the United States and Mexico. Our sarcastic praise turned into voters who see Trump as their champion and the epitome of who they aspire to be.

To see Trump as a champion for anyone is extremely misguided and dangerous. Even the white middle-age men who make up the majority of Trump supporters should not consider themselves securely protected and represented under Trump. If they were to speculate a little further into the future, and recall a little more of the past, they might perhaps recognize the mistake they’re making, and the harm it might bring to them.

There is a picture book I read as a child called Terrible Things. It is about animals living in a forest, and some unnamed “terrible thing” comes for the birds, and none of the other animals protest. In fact, they justify and even celebrate the terrible thing’s decision to take away the birds, and normal life resumes. One by one, each of the animals are taken away, until only the rabbits are left. And when the terrible thing comes for the rabbits, there are no animals left to respond to their cries for help.

Do you see where I’m going with this?

Trump chose his initial targets: Muslims and Mexicans, among others. He blames Muslims and Islam as a whole for the senseless shootings that have plagued the United States all too frequently in recent months. He holds immigrants responsible for bringing drugs, crime and rape to America. His solutions to these problems are to eliminate the people whom he blames for these problems.

I am neither a Muslim nor a Mexican, so I technically pass this round unscathed. But what happens when we have eliminated those who we blame and the core problems still exist? If you cannot be morally aroused to stop the systematic targeting of minorities, then at the very least your sense of self-preservation should kick in to tell you that Donald Trump is dangerous for every American of every race, religion, gender, and orientation. He will systematically work his way down his list of people to blame until he comes to you. He will try to deny you your right to vote or even your right of citizenship. He will hold you responsible you for America’s problems and turn whatever is left of his angry mob towards you. And who will be there to stop him? You might be safe today, you might even benefit today, but do you have any real guarantee about tomorrow?

This is why electing Donald Trump as president is just as dangerous for me as anyone else. We cannot afford to separate us from them – to consider ourselves exempt from the same blindly-led cruelty that has threatened the wellbeing of so many others. We cannot stand idly by and allow people like Trump to make their way down a checklist of minorities to wrongfully blame. We cannot stand idly by because we are somewhere on that checklist.

Here’s something you might not know: that children’s story? It actually happened. It’s an adaptation of a segment from a speech given in the 1950s by Pastor Martin Niemöller, recounting the Nazis rise to power.

First they came for the Socialists, and I did not speak out—

Because I was not a Socialist.

Then they came for the Trade Unionists, and I did not speak out—

Because I was not a Trade Unionist.

Then they came for the Jews, and I did not speak out—

Because I was not a Jew.

Then they came for me—and there was no one left to speak for me.