Meet the triplets who all got into Penn together

At least they all have different haircuts

Meet Malik, Khalil and Ahmad Jones. Often spoken of in relation to their fitness program, 3hree Triplet Fitness, these three Penn students have personalities that complement each other. You may already know them as the fitness trio who showed us the ultimate dorm room workout, but let’s get to know them as brothers and individuals. 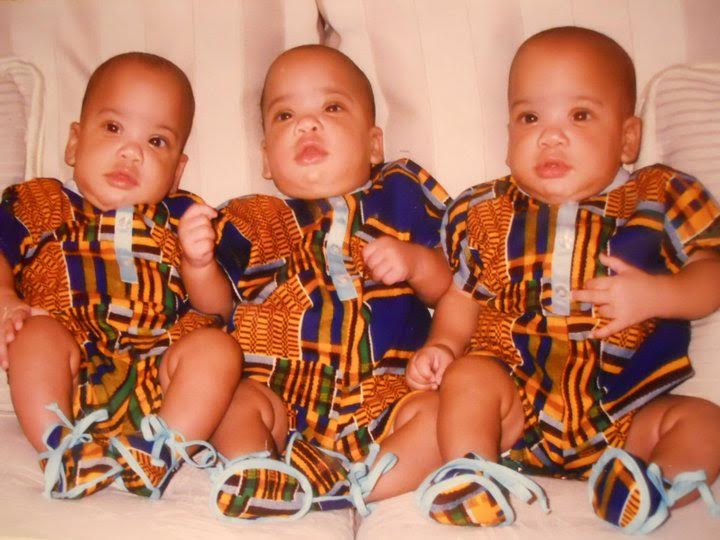 The Jones brothers were not always as close as they are now. A competitive bunch, Malik, Khalil and Ahmad shied away from associating themselves with each other at all costs, in turn adopting an “every man for himself” type of mentality and opting to walk a certain distance apart from each other.

When it came to solving math problems, if one struggled, the rest moved on. But on the other hand, if one finished an assignment, going through his books and copying his answers seemed to be fair game.

Malik recalls: “I think we stopped fighting—like physically— probably in middle school.” But that didn’t mean they put a stop to the “fun sparring” or “wrestling” that continued in the years that followed.

Eventually, the fighting ceased as the realization dawned upon them that perhaps fighting post-toddlerhood could land someone in the hospital.

Ahmad says: “We didn’t really have much appreciation for each other, until high school.”

High school placed them on the same educational track and in the same classes, which was the start of a more collaborative dynamic among the Jones brothers. Now, viewing themselves more as a team, Malik, Khalil and Ahmad approached homework from a different angle: they spilt up readings into thirds and each completed one part (cheaters or clever?) As high school came to a close, the brothers decided to apply to the same colleges in the hopes to attend the same school, and continue to nurture 3hree Triplets Fitness.

The once competitive, fiercely independent brothers have grown into the dynamic trio Penn knows today. 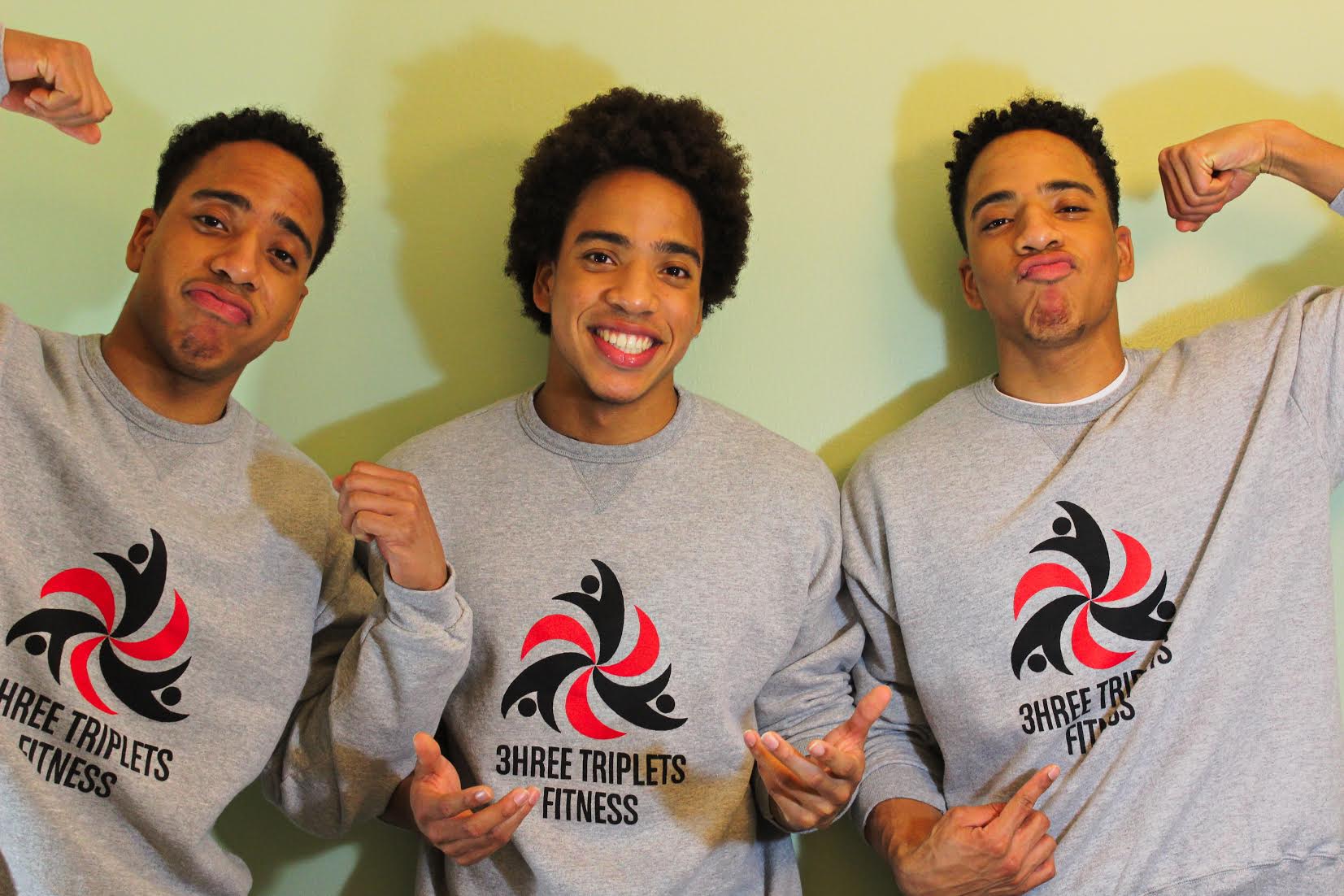 Remember when Dean Furda gave them a shout out during a Quakers day assembly?

Why did you decide to stick together for college?

The older they got, the Jones brothers seemed to view themselves as a “squad.”

Khalil says: “We are already individuals, we are individuals in a squad. There is no reason to split up. It is more about keeping skills and gaining more as a group, working together and making connections. We have a better energy as triplets – there is no reason to disable the advantage you have over everyone else.”

Going to Penn, in that case, was an opportunity for these individuals to grow alongside each other. Ahmad says: “We are not afraid of being apart from each other, but we have more fun together. If we are together, we’ll be that much better.”

I later found out that Malik, Khalil and Ahmad had also gotten into Columbia University, which begged the question: Why Penn?

Prior to their senior year of high school, the Jones brothers were not even aware of what an “Ivy League school” was. Eventually, through guidance from a family friend, they looked into the Ivy League and added Penn and Columbia to their lists.

Decision day arrived. The Jones brothers were sitting at the counter in a line, all on their individual laptops. They opened Penn first. Malik recalls: “We went wild, we are going to an Ivy.” Columbia followed, and the hype went up a few notches upon that acceptance.

The decision between the two Ivies was made during the respective admissions days.

They had a great time at Penn’s Multicultural Scholars Program and Quaker Days. Everyone recognized them because of a photo that had been posted in the Quaker Days Facebook group at the beginning of MSP, which got a lot of attention. Khalil says: “Everyone knew who we were and we had only been there for an hour. We were walking around feeling like celebrities.”

The vibe at Columbia was different. Malik notes: “I didn’t like the vibes [at Columbia] as much. The people at Penn – and no shade to Columbia – were nicer, people were interested in one another. They accepted our decision more at Penn. Penn was like ‘We need you here.’ They were more welcoming.”

Yes, we need you here. Who else will drag students out of bed on a Sunday for a fitness workshop? Much less after a night of partying. 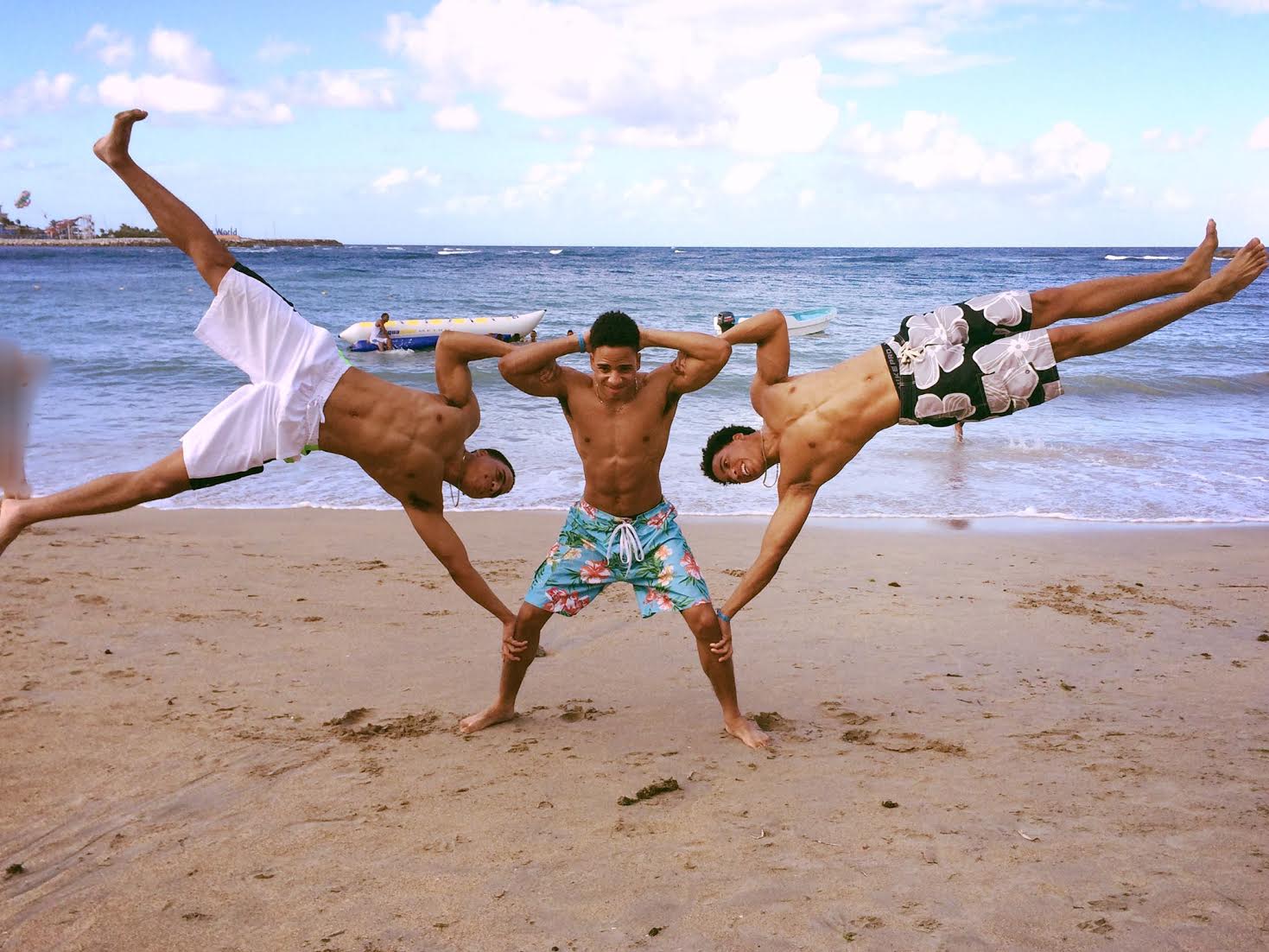 Have you gotten sick of each other yet?

If you think that because they are triplets, the Jones brothers are attached at the hip, you’re wrong. In fact, there are days in which they won’t see each other until well into the evening.

Malik is pursuing a business degree, hoping to transfer into Wharton. Meanwhile, Khalil and Ahmad are both studying Communications but with different concentrations. From a extracurricular standpoint, Malik is involved in Black Wharton Undergraduate Association, Khalil is involved in the Women’s Center, and Ahmad takes an interest in American Sign Language – which often results in Malik getting waved and signed at by students he does not know.

That being said, they share a collective interest in Latin dance and are thus all a part of Penn’s Onda Latina.

And there you have it folks, a little behind the scenes on what it’s like to be a Jones triplet. They all have different personalities, they have different interests and they all don’t like each other all the time.

So read, reread, and maybe triple read this? Because Malik, Khalil and Ahmad aren’t just The Triplets, nor are they just 3hree Triplets Fitness. They are quirky and nerdy and fit like the rest of us (okay, maybe “the rest of us” are working on the last bit). 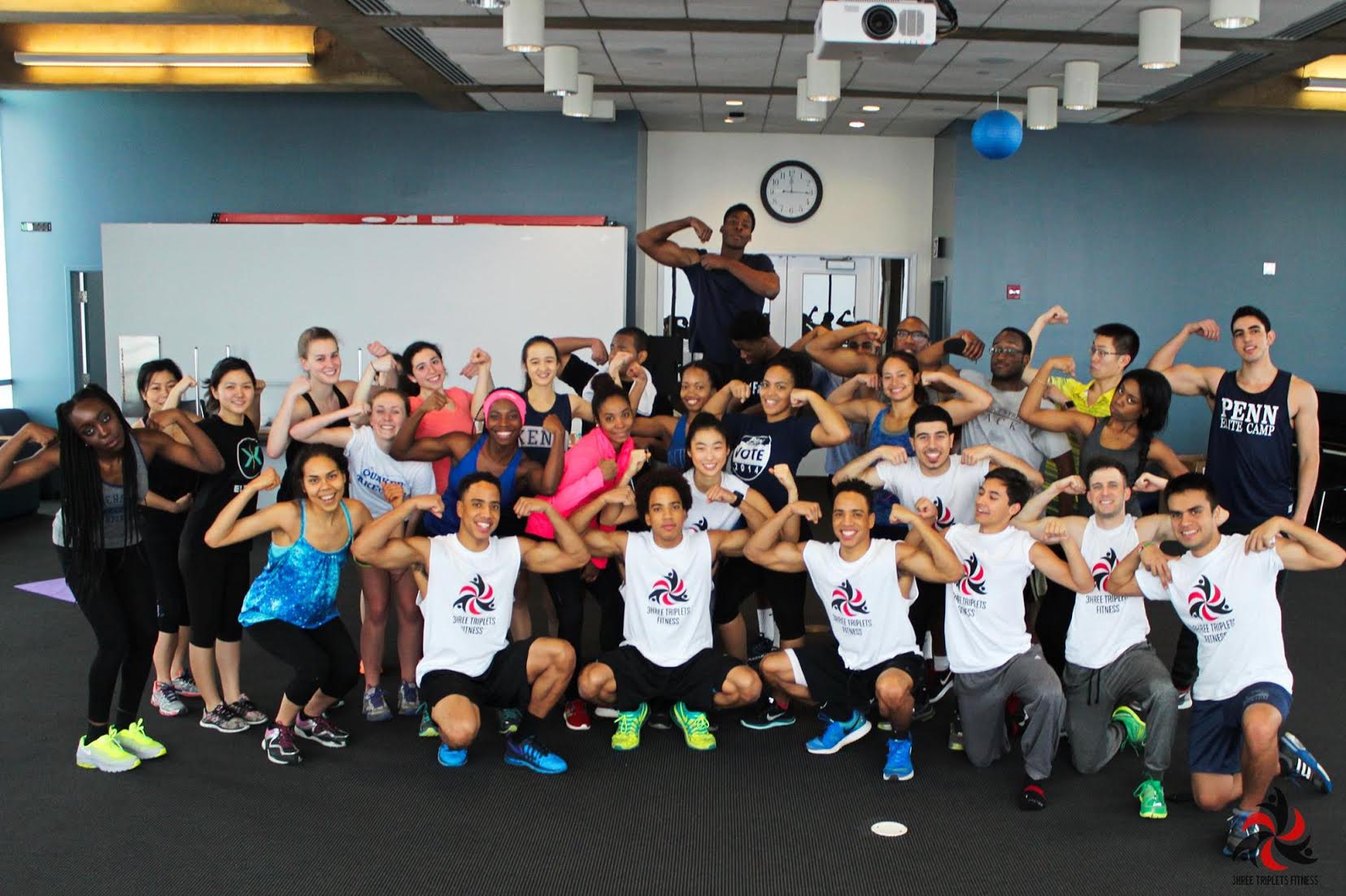