The incredible story behind Lyn’s

Just outside Penn’s Lower Quad, there is a small food truck called Lyn’s. The woman who works inside this food cart has become a campus hero, welcoming all customers with a friendly smile while she serves up some of Philly’s best bacon, egg, and cheese sandwiches.

Yet, the majority of Penn students are most likely unfamiliar with the woman working inside the truck. We at The Tab attempted to dig a little deeper and asked Lyn to share some of her life story with us.

Lyn, arguably Penn’s biggest social butterfly, was more than willing to indulge us.

Lyn’s is stationed on 36th and Spruce from 8am to 5pm Monday through Friday, and there is almost always a long line. When I asked Lyn what the busiest time of day is, she responded, “All the time.” Yet, she somehow never seems to get overwhelmed. 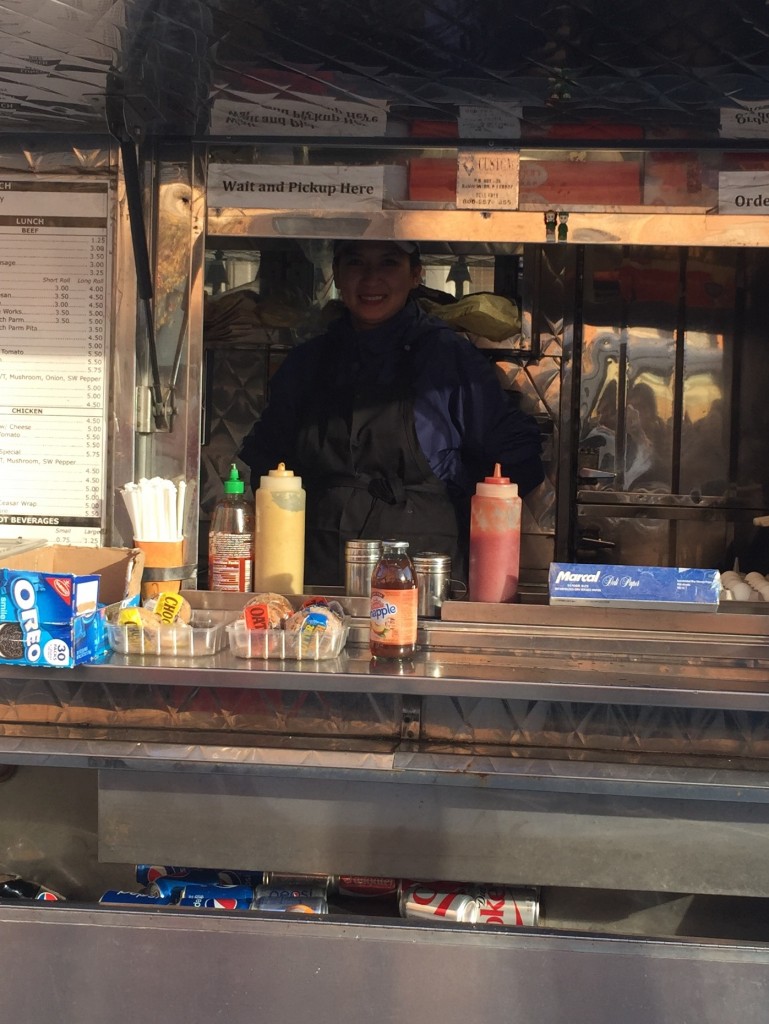 What most people may not know about the animated and upbeat Lyn is just how much she has overcome to make it to Lower Quad Gate.

Lyn was born in Vietnam and lived there during the height of the Vietnam War. Although she was able to successfully flee her home country, she was forced into a refugee camp in Indonesia. Lyn had to endure months on a small boat with 500 other fugitives, before she eventually moved to America in 1980.

After arriving in Philadelphia, Lyn met Quan, the man behind the grill, and they got married five years later. The following year, Lyn gave birth to her first child, a girl, and soon after, a son. Her daughter and son are now 29 and 24.

Lyn’s husband was actually the one who first had a passion for cooking. For years, he used to work for a Chinese chef in Philadelphia.

Then, Quan and Lyn opened up a Chinese food cart that was stationed at 34th and Spruce. One of Quan’s good friends ran another local food truck centered around breakfast and lunch at the time. When his friend retired, Quan took over the food truck and inherited the menu. They soon changed the name to “Lyn’s,” and the rest is history.

Lyn is well-known for her uncanny ability to memorize her customers’ orders. Whenever I walk up to her food cart, she immediately asks, “steak, egg, and cheese on a long roll?” According to Lyn, she has such a great memory because she is very good at “remembering the face.”

Her amicable nature and personalized interactions with customers create the environment that makes Lyn’s so special. While the food is great, Lyn herself is undoubtedly one of the biggest reasons why Penn students keep coming back. 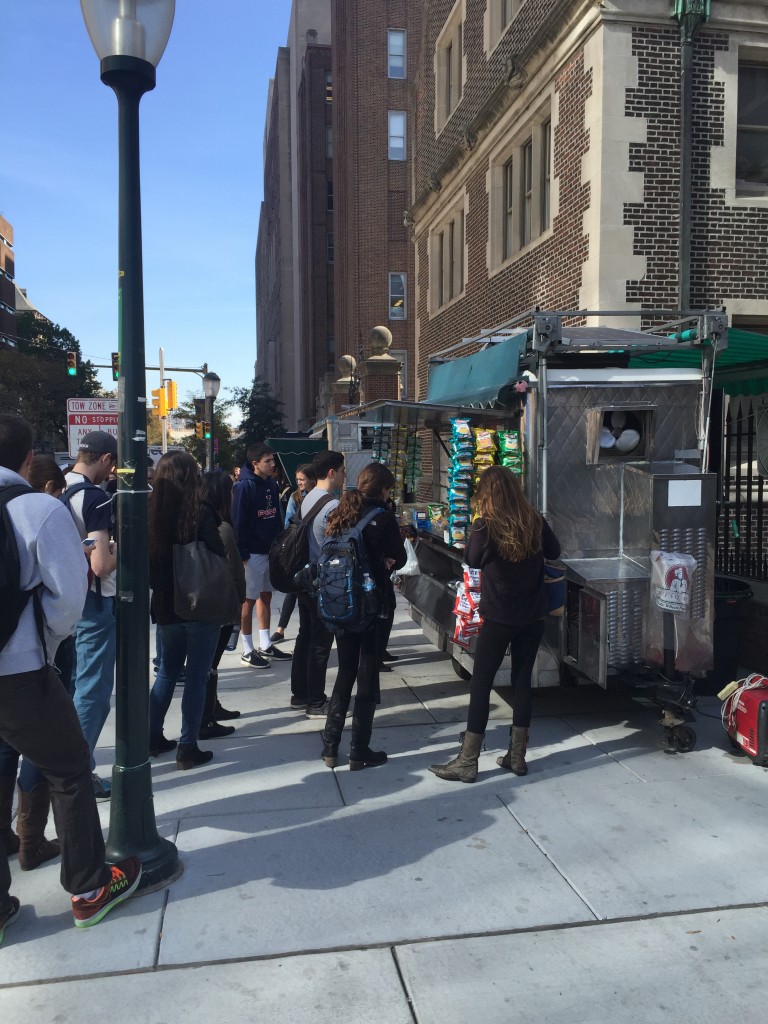 Penn sophomore Gabe Solomon went to Lyn’s quite frequently last year because of its convenient location right outside the Quad.

Expressing his gratitude for both Lyn’s friendliness and her food, Gabe eloquently stated, “Lyn adds flavor to my life.” Jessica Perry—also a sophomore—echoed his praise: “I love how Lyn always gets so happy to see me even though I don’t get the chance to eat there as often as I did last year.”

Lyn’s menu includes a large variety of different options, but her personal favorite food to make is eggs, as they are “the easiest” to make.

Lyn believes that her famous bacon, egg, and cheese sandwich is by far the most popular food at her cart, while she herself prefers the “healthy option” of an egg-white and spinach wrap. Lianne Menkes added, “she also makes a killer grilled cheese.”

Ben Gargano, while standing in a long line for Lyn’s, shared his appreciation for how Lyn “genuinely cares about her customers.” Lyn informed us that she doesn’t even charge more when her customers ask for extra eggs. In the past, she has also even allowed customers (including myself) to pay her back when they don’t have enough cash on them.

Lyn declined to comment on how much money she makes each week because she doesn’t want to show Amy Guttman up.