The official dos and don’ts of UO gameday

Don’t be the guy who takes it too far

Oregon sports are always exciting and we Oregon fans love to cheer for our teams. Some fans passionately celebrate the Ducks and sometimes they take it a tad too far.

I thought it would be a good idea to go over some tips on how to properly cheer for the Ducks and some pitfalls you may want to avoid.

Get into the chants and help get the crowd pumped up

This is one of the most fun parts of games as these are all the chants we’ve seen on tv or have partaken in them for years.  We help get the crowd get pumped up so don't be afraid to really get into it. 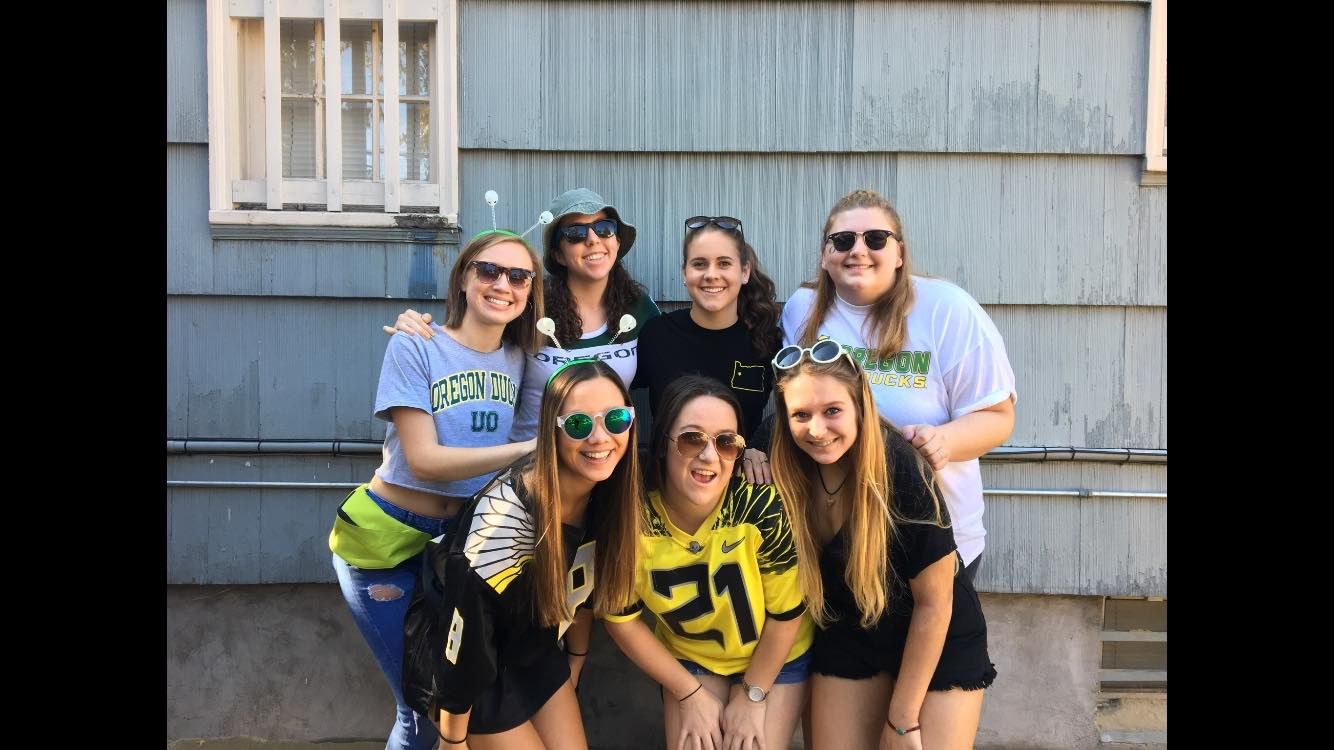 Be loud, scream for the Ducks

This one kind of goes hand in hand with the first. The Pit Crew is known for being one of if not the most passionate student section in the nation.  So pack the stadiums be loud, scream O and remind the country why Eugene is one of the hardest places to come play.

Pro tip: Get to games early for the good seats 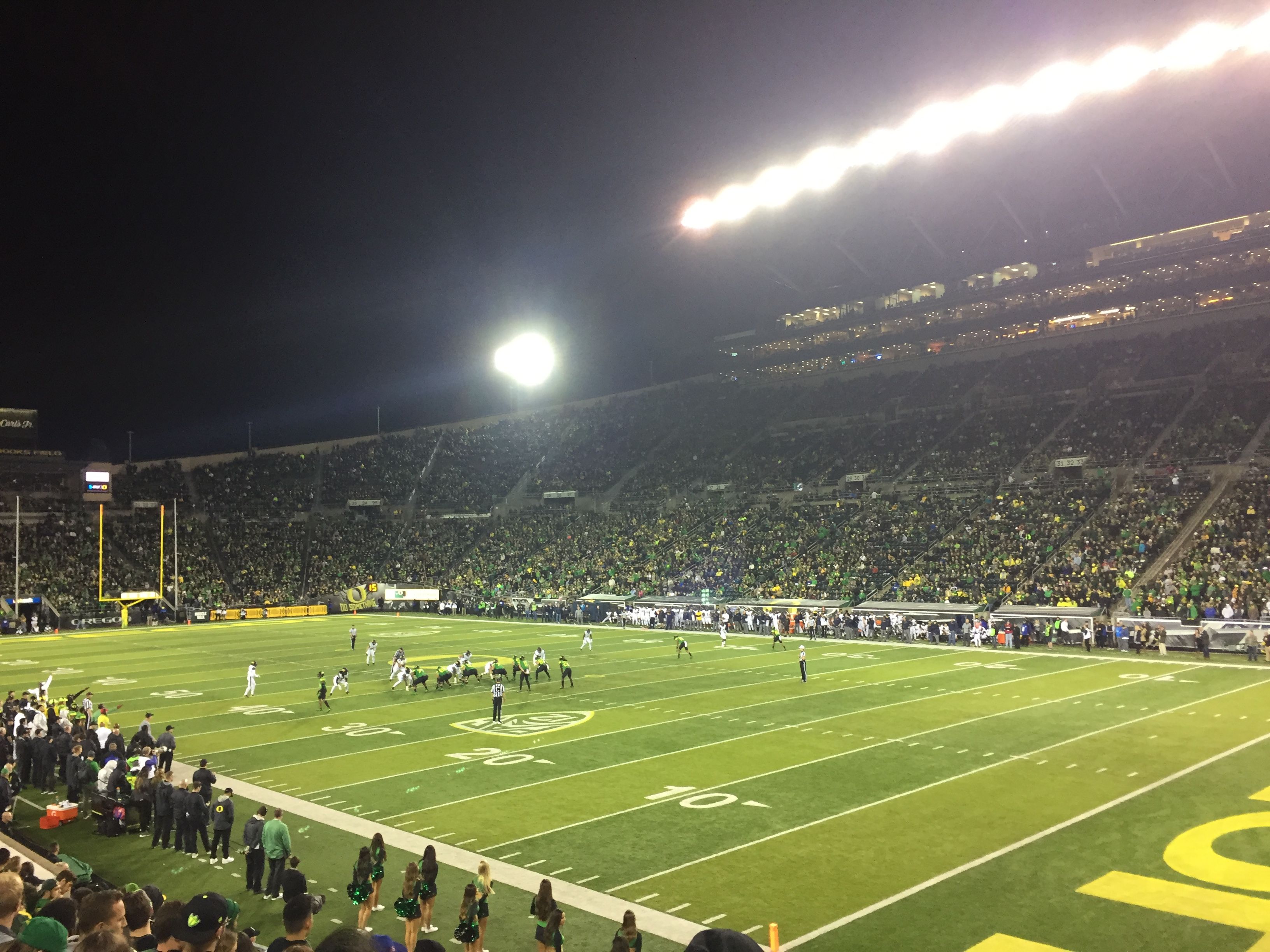 The earlier you arrive, the better chance you'll be featured during 'Swag Surf'

At least once in your college career you need to get a front row seat and get on TV.  I’ve done it a few times and it was always worth it — even if it means getting to Autzen four hours before kickoff or standing outside Matthew Knight two or three hours early.

Get creative with signs 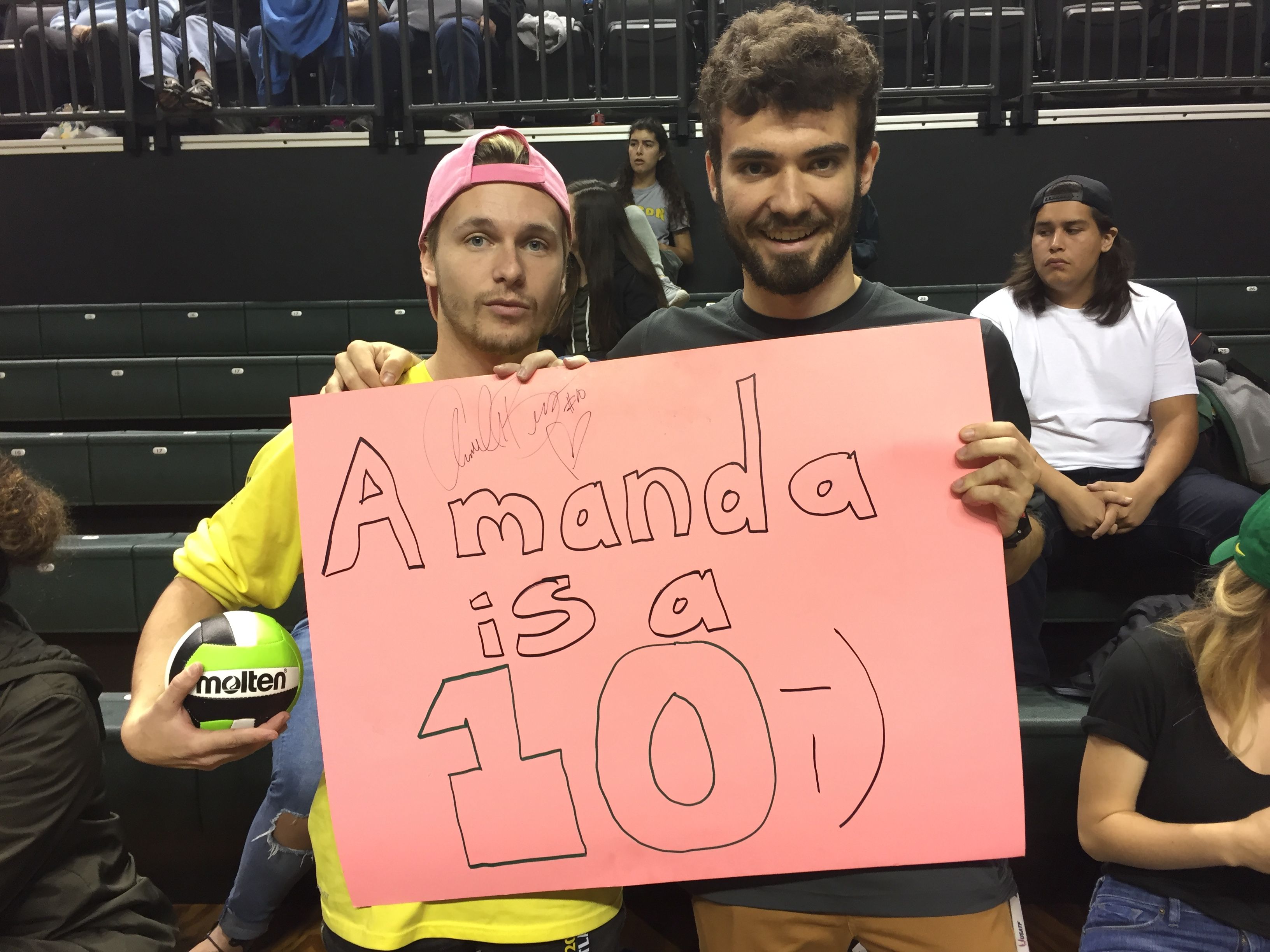 From puns to flattery, signs are a great way of showing fan appreciation

If you have a good sign and a national network is coming to televise the game then bring the sign and try to get it on tv.  Remember all the Gelo signs at the UCLA basketball game? Or the Royce Freeman sign stylized kinda like the Roger Federer logo at the football games?  That’s a perfect example of good sign use.  We’ll talk about bad sign use later.

You guys remember that Arizona Football game?  You know how at a few points during that game we started throwing the flashlights on the field? Don’t do that.  Heck don’t throw anything at any sporting event onto the field of play.  One that’s just being poor sports, two it CAN get our team in trouble, Three it’s dangerous, and four it’s just rude.  So unless you want to be that student section that really can’t take a loss and are sore losers.  Don’t give the opposition ammo to use against us.

They can throw you out, and they will, so don’t get on their bad side.  Plain and simple

I promise, it won't be fun for you or for the security guards.  You can have a drink or two but don’t drink so much to the point you are drunk and can’t stand up and the security guys have to ask you to leave.  I have seen at least one guy get tossed and it just looks bad.

Go overboard with the signs 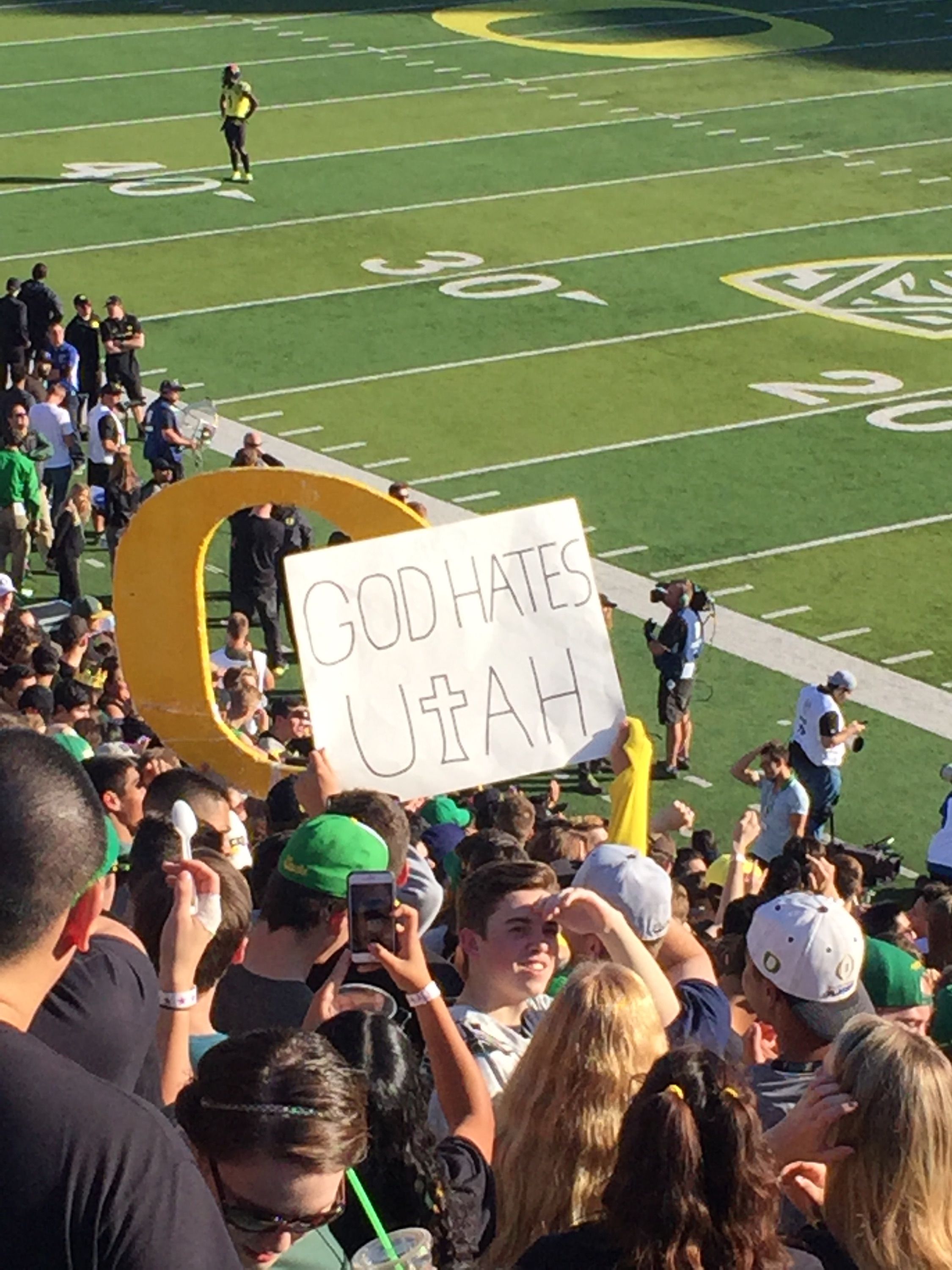 Yell at the officials

The occasional yelling of “what are you, blind?” is OK.  But the line has to be drawn somewhere. Their job isn’t to make us happy — it’s to call the game as they see it and they probably see things we don’t.  They also make mistakes and human error is what makes live sports so interesting.  The refs have a hard enough job as it is.  Cut them a little slack.

We are students here at this fine University. We are passionate, loyal fans. But we need to know how to cheer for and represent our school properly. With some of our teams preparing to go to major tournaments and in some cases with those tournaments or events coming here to Eugene we could all use a quick refresher on some gameday etiquette.