University of Oregon – breeding Ducks and activists since 1876

On the evening of September 22nd, the University of Oregon was hosting their annual Flock Party as away to welcome freshmen.

It was during the Flock Party that a group of protesters, consisting of males, a female and children, began their crusade to inform the students about their conservative values on homosexuality, abortion and began broadcasting shocking images. This did not sit well with the students at the UO.

The most notable UO students turned anti-protesters were known as Eugene's Forbidden Fruit, a club at the university who puts out a production of The Rocky Horror Picture Show each year. These fearless ladies came face to face with these protesters and would not back down until the protesters left. 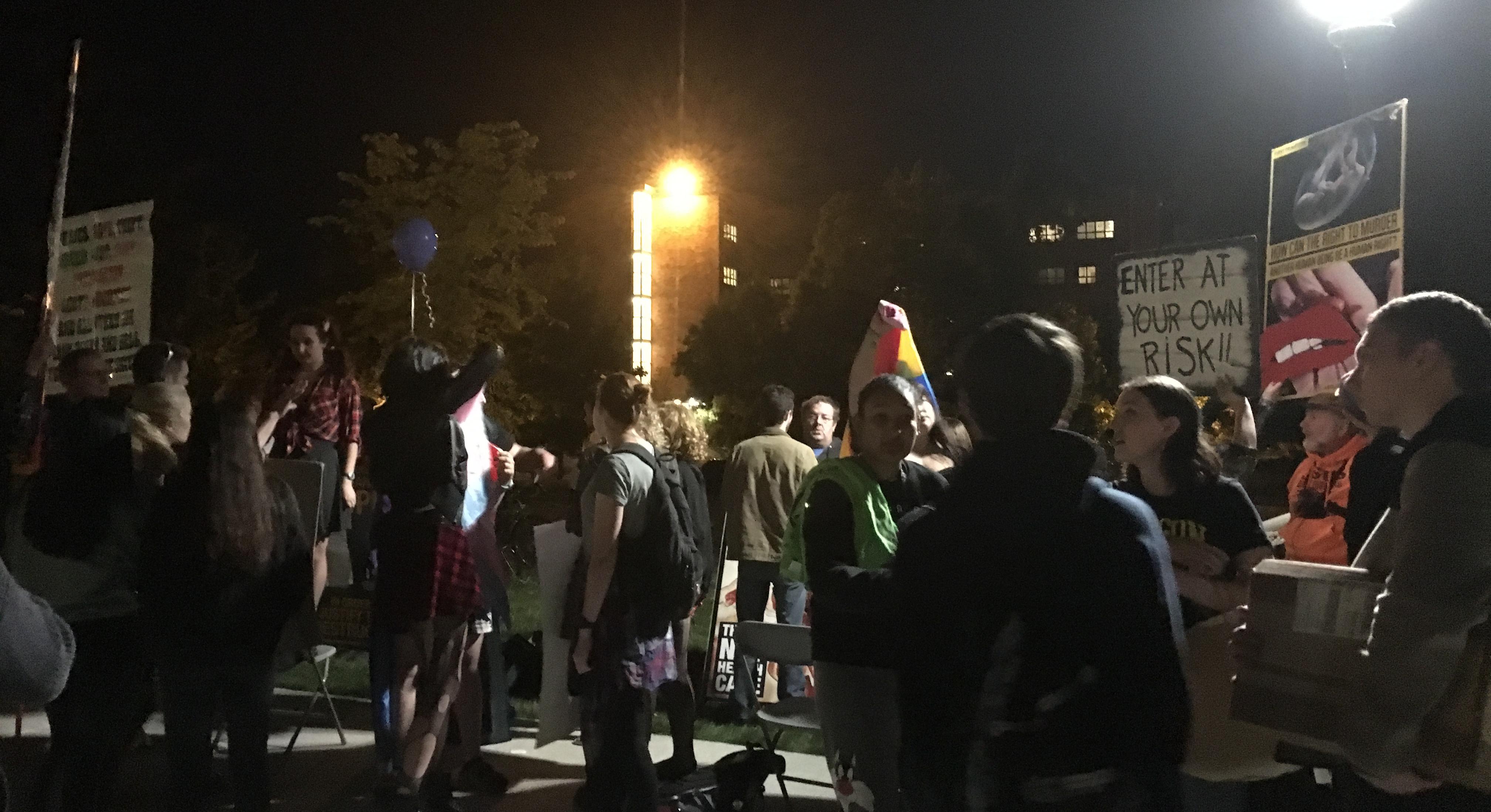 Portesters gather outside the EMU

The reason for their fearlessness as they stated within their Facebook post, "We in Forbidden Fruit support your right to choice. We support your right to believe in what you want. However, we do not support people coming to our beautiful campus and community with the purpose of scaring you into believing what they do."

Yet, it did not take long before the students at the UO began to join in with a protest of their own.

Starting with a student flipping off one of the protesters, the protest quickly grew to include a large group of students, from freshman to seniors, that could not stand to have this message being proclaimed on their campus.

Still in their costumes that they used to promote their club, Eugene's Forbidden Fruit did not skip a beat in taking out their own posters they had created and placing them over the protester's signs while simultaneously shouting "My body, my choice!" as loud as their voices could carry them. 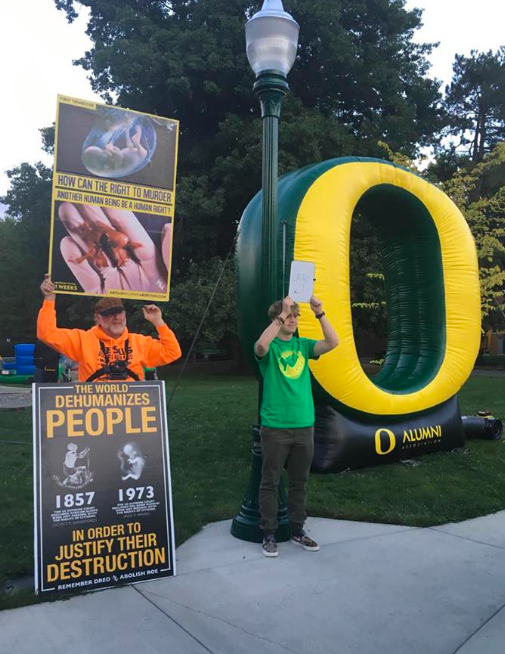 They were holding signs claiming 'The world dehumanizes people'

Even as the protesters tried to shift their signs away from the Forbidden Fruits' makeshift signs, their actions were futile.

These ladies began following every move they made and even going as far to standing on chairs in order to ensure that their message of hate could not spread any further than where they stood.

It is unclear how long this spectacle lasted, but according to the Eugene's Forbidden Fruit's Facebook page, it concluded after about 2 hours after its initial start. Nevertheless, these fearless activists stood their ground for all that their club stands for, which is the right to choose.