He had a medical emergency behind the wheel

A man died after he was involved in a car crash Thursday night. According to the Emerald, the man appeared to have a medical emergency while driving between Hayward field and the LLC residence hall and hit multiple cars.

UOPD identified the man as 53-year-old Jeffery Hanson of Carlsbad, California who was visiting with his family for the annual freshmen IntroDucktion. His wife was also in the car, but was uninjured. 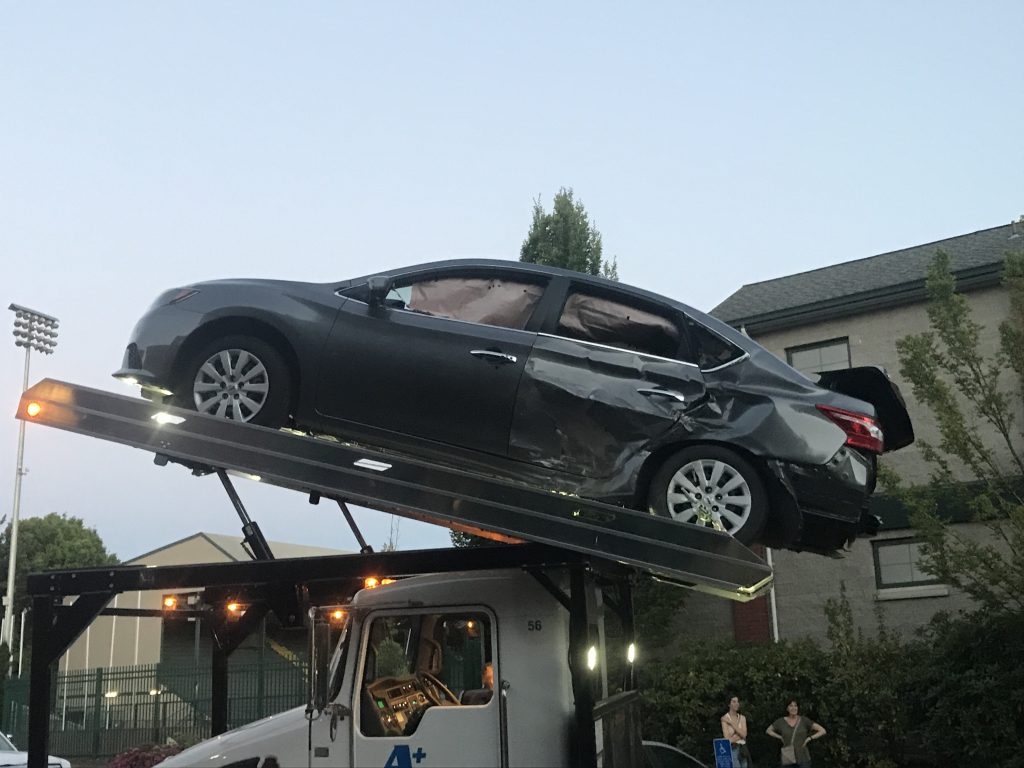 A Toyota Camry with deployed airbags was one cars towed following the accident. Photo courtesy of Jack Pitcher, The Daily Emerald

The student newspaper also reported that police were called around 6:37 p.m. after a westbound GMC truck hit multiple parked cars on the south side of East 15th Avenue. Hanson was pronounced dead a half hour later at 7:00 after paramedics tried to revive him, suffering from what his wife said may have been a heart attack.

A witness told Emerald that, ‘the truck swerved into several parked cars before coming to a stop, with a total of five or six vehicles struck’ and that ‘two fire trucks and an ambulance were on the scene shortly afterward.’

Several of the cars that were impacted by the crash were towed away around 9 p.m. including a Toyota Camry with airbags deployed.