He was arrested Saturday morning

Oregon football’s Darren Carrington has been indefinitely suspended from the team after he was arrested on a DUII charge. According to Oregonlive.com, Lane County jail records show that the UO receiver was arrested by Eugene police Saturday morning with a misdemeanor charge of a DUII.

Eugene police spokeswoman Melinda McLaughlin said that Carrington was arrested 3:15 a.m. Saturday morning after allegedly colliding with a drive-through at a McDonald’s at 659 E. Broadway.

Jail officials confirmed that Carrington was booked into Lane County jail at 5:28 a.m. and left around 6:30 with $590 bail posted on his behalf. 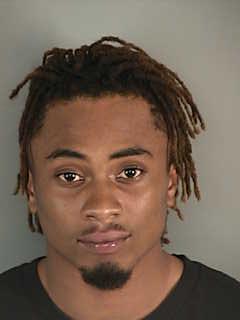 Taggart said though a UO spokesman that Carrington is suspended ‘from all football team activities after his arrest last night by the Eugene Police Department on a charge of Driving Under the Influence’ and that ‘we are continuing to gather the facts in this matter.’

Carrington is set to appear in Eugene Municipal Court on July 6.