Her story inspires more than just the deaf community

UO can add itself to another list of cool things it has done: hosted an award-winning actress. Last Thursday, UO ASL program welcomed Academy Award winning deaf actress Marlee Matlin to present about her career as a deaf actress and her experiences growing up in deaf culture. 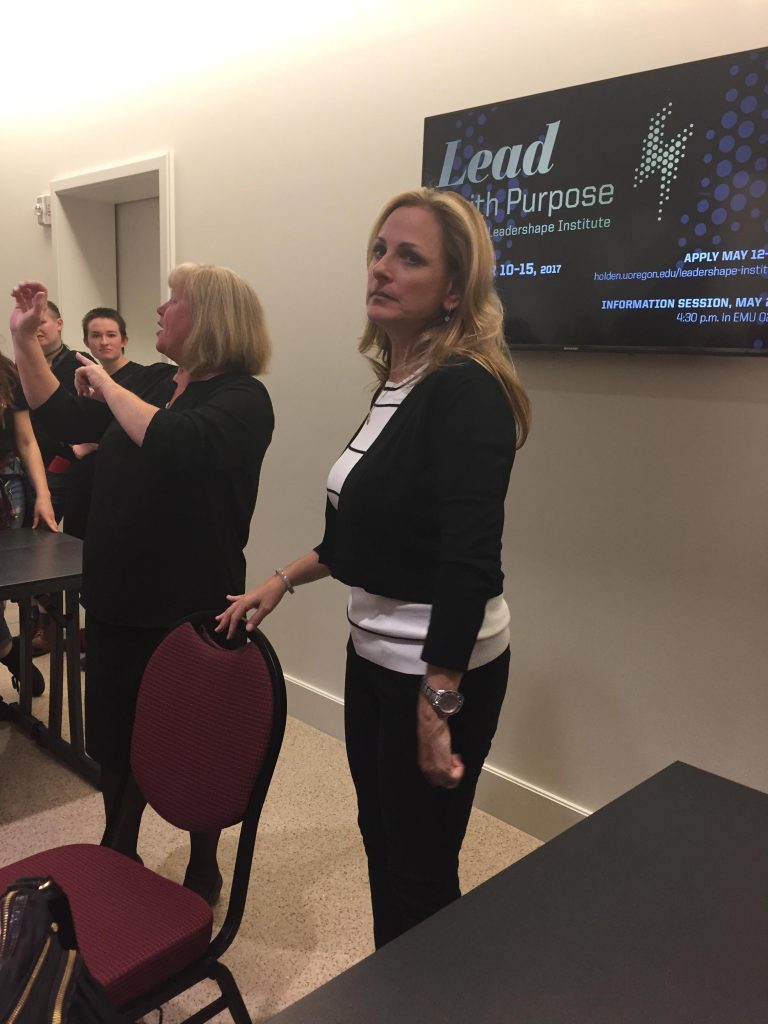 The event, which was put on in partnership with UO’s Communications Disorders and Sciences program, welcomed over 500 people to the EMU ballroom to watch the her speak about her time as an actress in addition to learning about her outspoken demeanor on social media about furthering education about the deaf community.

Matlin also spoke about her childhood while being raised with deaf parents and the challenges with growing up in the hearing world- many of which are similar situations that deaf children face today.

While describing her acting career, she identified the importance of finding a mentor, like she did in actor Henry Winkler.

‘I felt left out most of the time,’ she said.

‘It wasn’t until Henry Winkler that I realized what I could be.’ 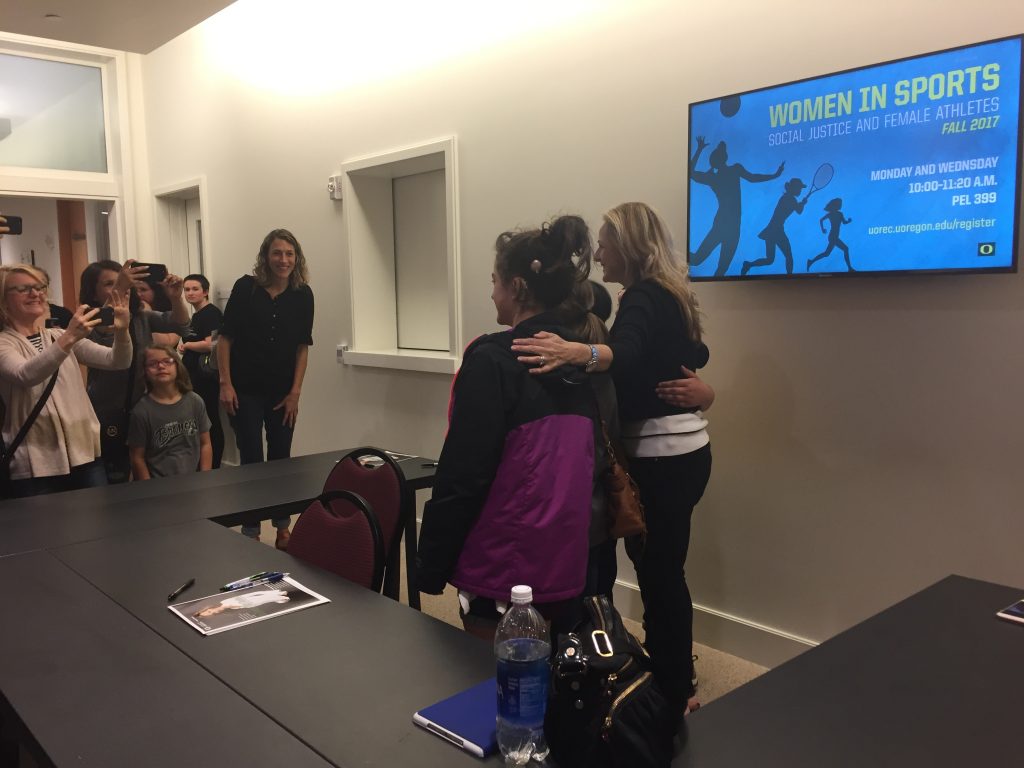 In addition to Oregon students and Eugene community members, students from both Oregon School for the Deaf in Salem and Holt Elementary School in Eugene attended the event. For many of them, the event introduced them to someone that they’ve looked up to for most of their lives and taught them that setbacks don’t define you.

‘You’ve inspired me,’ one audience member signed to her in the Q&A session following the program.

‘Thank you for making me feel like I’m not alone.’

For ASL instructor Jo Larson, this event has been ten years in the making.

‘After ten years of working to bring her here, we’re grateful to have her share her insight with students and faculty,’ Larson said in a press release.

Matlin’s interpreter, Jack Jason interpreted the event for hearing audiences. At the end of her speech, Matlin went outside for a brief autograph and photo session. Fans signed with Matlin as they moved through the line and were able to share their appreciation for her work. At the end of it, the event was a moment many will remember for years to come.