‘We wouldn’t mind seeing them back’

Just one year after members of University of Oregon Greek life caused controversy when they left trash, human waste and almost 100 tents at Lake Shasta, fraternity and sorority members will return this year for their annual Memorial Day trip.

While Doyle said everyone is welcome to come back, he asks that they don’t repeat their previous actions of leaving the placed trashed.

‘I don’t mind the parties, just as long as you leave it like you found it,’ he said. 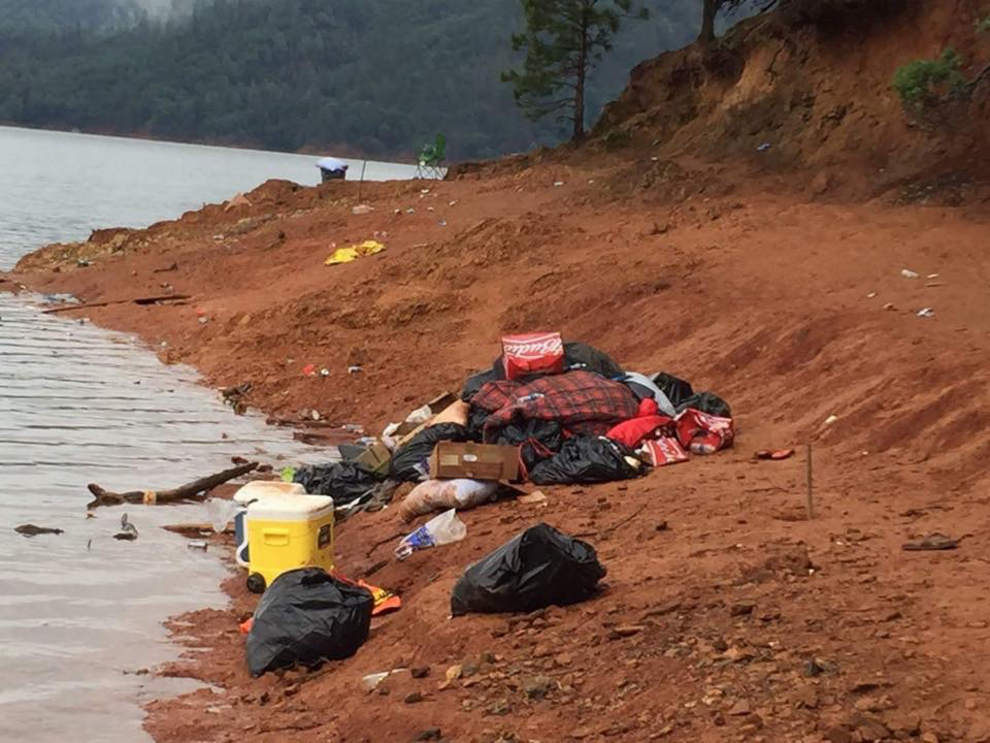 According to public affairs specialist Joe Orosz, the local forest service asked the local marinas to post fliers reminding patrons to keep the area clean, but they won’t bring in more security than normal.

‘We’re taking the same steps we normally do, the same increased measures of security on the lake that we can to control and try to prevent the things that we know historically happen,’ Orosz said.

UO and Oregon State sent a joint letter to the Lake Shasta staff where they said the annual trip is ‘not a recognized or sponsored event by either university.’ They emphasized how students will be accountable for their behavior off-campus.

In a separate statement from Kris winter, UO’s associate vice president and dean of students she said: ‘Obviously, we have seen issues in recent years and we want to be proactive in working with students to ensure their safety, while encouraging them to be good citizens of any community where their activities take them.’

Holiday Harbor Resort and Marina office manager Lesa Mason also noticed that the patrons were ‘very respectful’ when they checked in on Friday.

‘We just want them to be out there, have fun and be safe, basically,’ Mason said.

While they haven’t seen the final result yet, Doyle seems to think that the fraternities learned their lesson after last year.

‘I think that a lot of other people learned their lessons; there was a lot of shaming,’ Doyle said.

However, they won’t know if there will be a difference until after the weekend is over.

‘We don’t know that for certain,’ Orosz said. ‘No one knows until the weekend comes.’