He fainted during his 9 a.m. lecture

A University of Oregon professor fainted on Tuesday morning during an Organic Chemistry class. Dr. Ronald Swisher, a professor in the Department of Chemistry fainted while teaching his 9 a.m. lecture in Columbia 150.

According to students, Swisher fainted about 9:15 before someone called 911 while six other students grabbed paper towels to clean up remaining blood. After some students helped him stand up he went to the backroom to take a moment to recover.

Despite being directed to leave, students stuck around to wait to hear of any news regarding his status and students were able to check on him after some time. 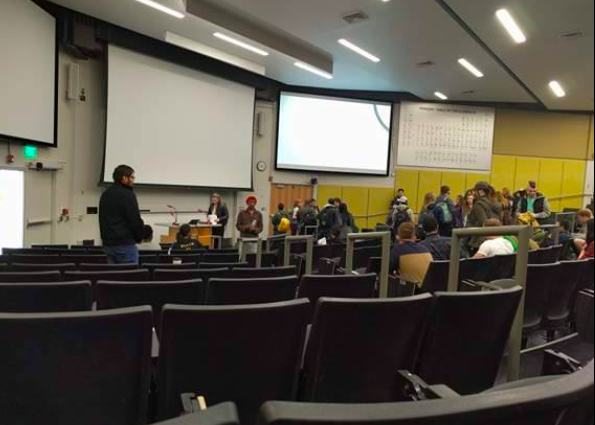 It was reported that Dr. Swisher felt unwell before class started, but he didn’t want to cancel lecture because he feared that it would put the class behind in learning the material.

‘He wanted to cancel class but he said it would be disastrous for us,’ said a student witness.

We’ll update as we get more information.