Oregon Track and Field continues their season this weekend in Southern California while competing at the Mount Sac relays, Beach, and Bryan Clay Invitationals.

After successful showings at the Florida Relays and Stanford Invitational in the past few weeks, the Ducks look to continue their momentum as they approach an action-packed month of May.

‘We’re going to give it our best shot when we go down there, we have a special group,’ said head track and field coach Robert Johnson. 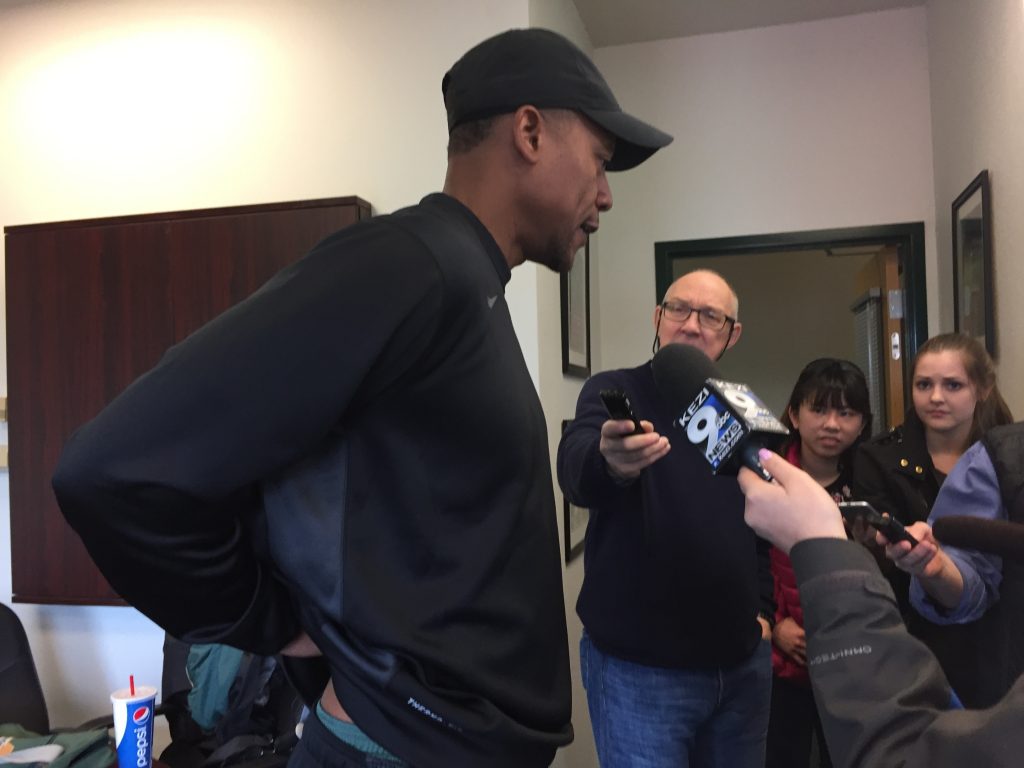 Coach Johnson on meet performances: ‘Do what you do in practice, just go out there and do what you do everyday’

This weekend also opens with individual events, allowing the Ducks to compete alongside some of the best runners in the country.

‘I’m excited, I think it’s a good time to see where we are, being out there and experiencing what that’s like [to be on a bigger stage]. I look forward to seeing what’s at that level and it helps us so we can compete with the big guys,’ said sprinter Ariana Washington.

Washington views this weekend as a way to get the team warmed up for the upcoming months.

‘I like that every meet we go to is a bigger stage, I think it builds momentum so when we get to nationals there isn’t as much pressure on us and we all know what it’s like to race in front of a bunch of people. There’s nothing that we haven’t done before that we can’t do again, it’s just like practice.’ 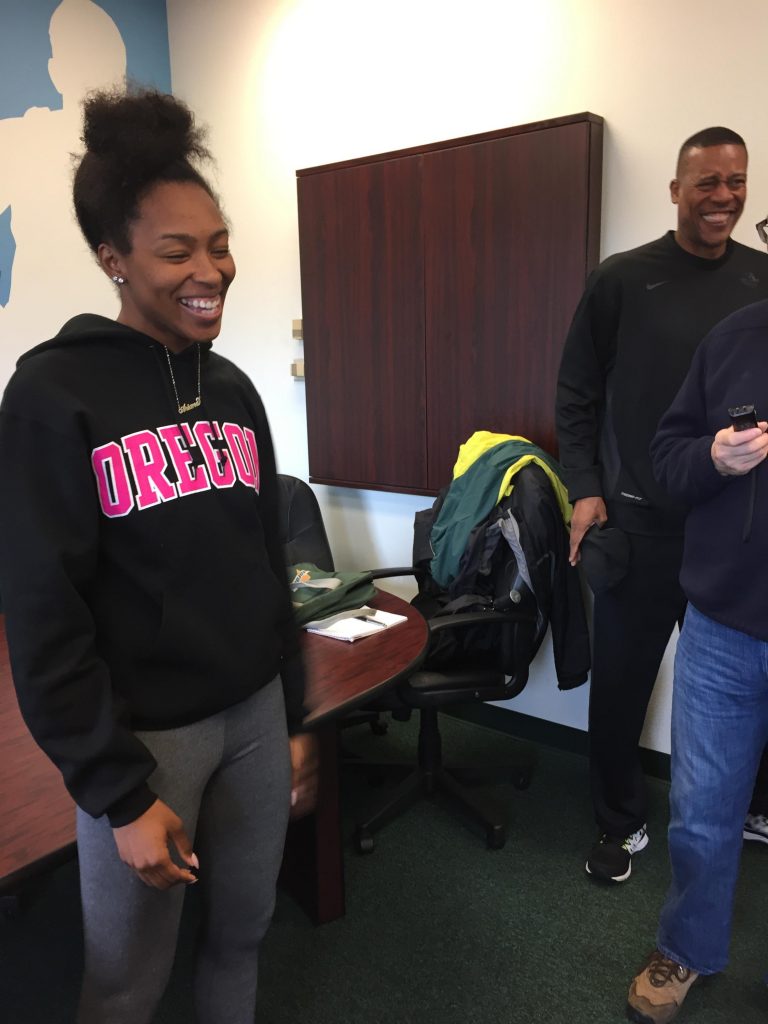 Washington isn’t the only member of the track team that has high hopes, as red shirt senior pole vaulter Cole Walsh feels that his improved skills will take him far this weekend.

‘I had a lot of improvements at indoors, so I’m going into outdoors with more motivation,’ Walsh said.

Since he’s one of the younger participants, Walsh looks to his teammates and fellow vaulters to reach his full potential.

‘I look to the older pole vaulters for advice and competing is something you can only improve on with experience. In pole vault we’re all friends out there and everyone wants to get their friends to PR [personal record], it’s cool to be able to work with guys with more experience.’

Overall Johnson, Washington, and Walsh view this weekend as a stepping stone while preparing for home meets at Hayward Field, including PAC 12 and NCAA Championships.

‘As far as getting us ready for the national meet and PAC 12 Championships, this is good for our kids to experience the heat and adversity, and to do it against some of the pros. It’s helpful for us moving forward,’ Johnson said.

‘Do what you do in practice, just go out there and do what you do everyday. Success breeds success like iron sharpens iron.’

The Ducks will be competing today through Saturday. Fans can follow the meets with a premium subscription on flotrack.org.