He didn’t know it was torn until this morning

Oregon senior Forward Chris Boucher is out for the rest of the season with a torn ACL. According to, CBS Sports, the injury occurred after he took a bad fall during the Duck’s victory in the semifinals of the PAC 12 tournament against California.

However, he didn’t notice the extent of the injury until this morning.

Boucher, who was the Ducks’ leading shot-blocker, third-leading scorer, second-leading re-bounder helped propel Oregon to a 29-5 record, which earned them a share of the PAC 12 title.

"Chris Boucher out for rest of the season" pic.twitter.com/ezCsjv1hwI

The injury also marks the end of Boucher’s college career with the Ducks, where he averaged 11.8 points, along with 6.1 rebounds and 2.5 blocks in 23.5 minutes of action this season.

Oregon is already not that physical. The loss of Chris Boucher is big. Literally. 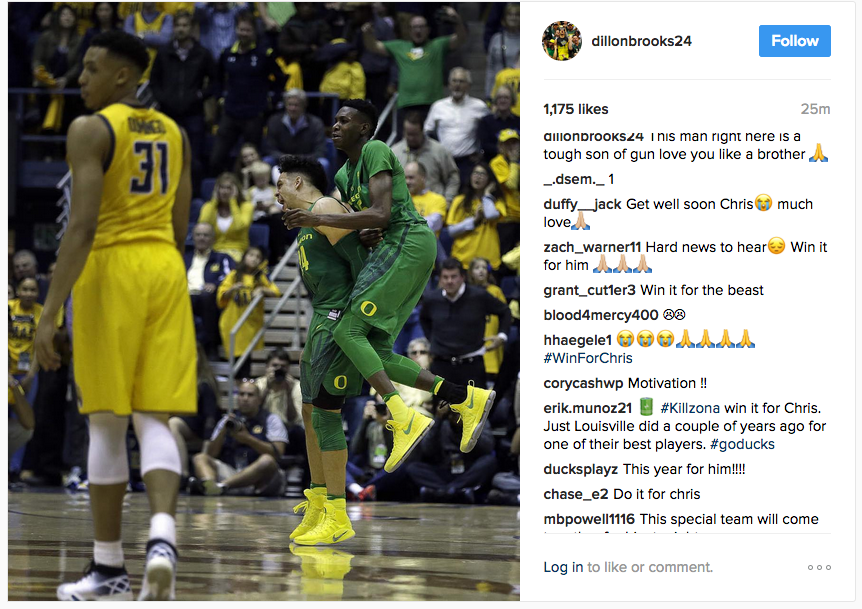 The Ducks play Arizona for the PAC 12 tournament championship tonight in Las Vegas, before finding out their seeding for the annual NCAA tournament tomorrow.