They’re meeting in the EMU ballroom

The Center for Multicultural Academic Excellence and International Affairs departments are sponsoring a post-inauguration round table about changing immigration laws tonight in the EMU ballroom. The panel comes in response to UO President Michael Schill, along with Provost Scott Coltrane’s  statement yesterday about how the university is ‘troubled’ following Trump’s immigration policy.

The panel is open to both students and Eugene residents to learn more about how the university was impacted following Trump’s orders that created a 90-day ban of entry into the U.S. from countries such as Syria and the Sudan. 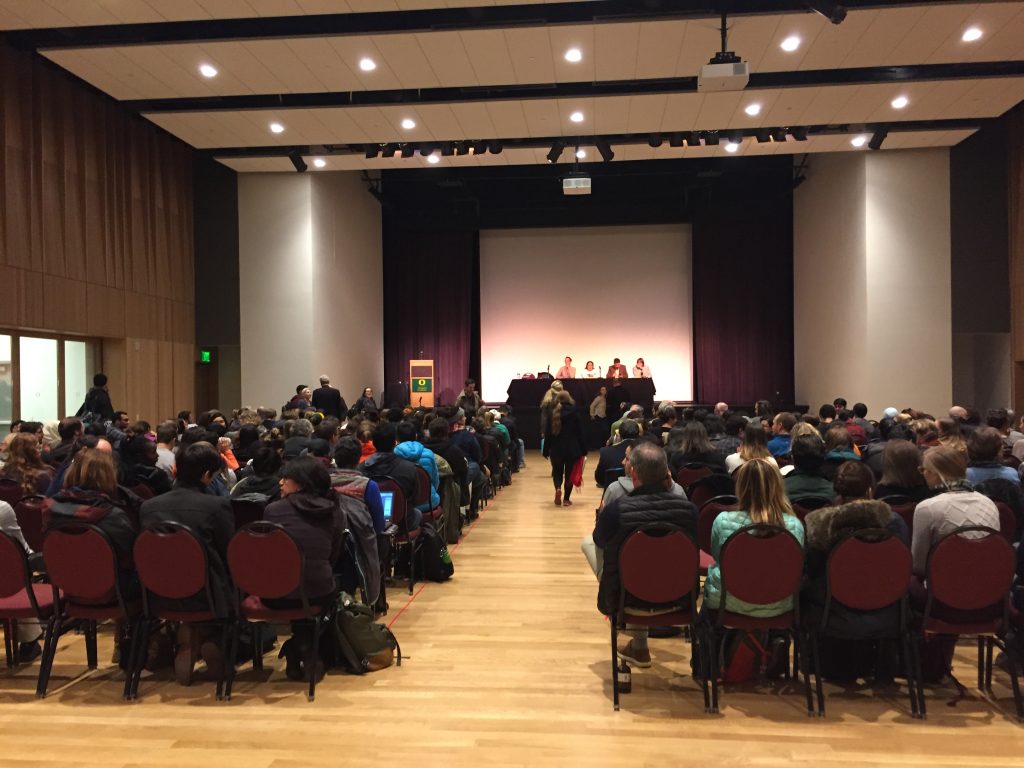 The meeting’s held in the EMU ballroom

People will have the chance to hear from speakers such as Professor Maria Blanco, executive director from Undocumented Legal Services at UC Davis along with four other panelists that represent different international affairs departments at UO.

This event also serves to educate students and community members further on the impact that these events have had on the university and Eugene community.

The gathering started at 5:30 p.m. in the School of Journalism and Communication when people gathered together to celebrate diversity before heading over to the panel.