It’s unclear whether they were UO students

UO has released a statement rebuking demonstrators who wore blackface at one of yesterday’s election protests.

The incident was filmed at the EMU though it’s unclear at this time whether the people in blackface were UO students.

A video shows three people with their arms and faces painted black.

“If you’re not being racist you won’t mind that I’m recording you, correct?”

One of the protesters responds: “No, I don’t care”.

The woman filming then says: “You are all pathetic. Fuck off”.

The University’s statement, released yesterday evening, said: “While there is no evidence that the individuals who wore blackface are part of the UO community, it has no place in our society or at the UO”. 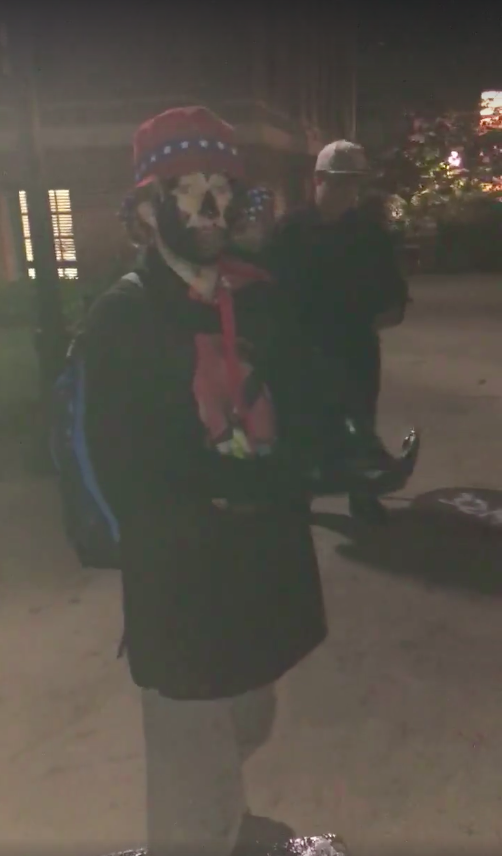 They went on to commend the peaceful protesters who were a part of yesterday’s demonstrations, and said the incident had been reported to Student Life and the UOPD.

“The UO is committed to fostering a campus culture that values diversity, equity, and inclusion. We continue to be focused on supporting our students and providing a welcoming, safe, and respectful environment”. 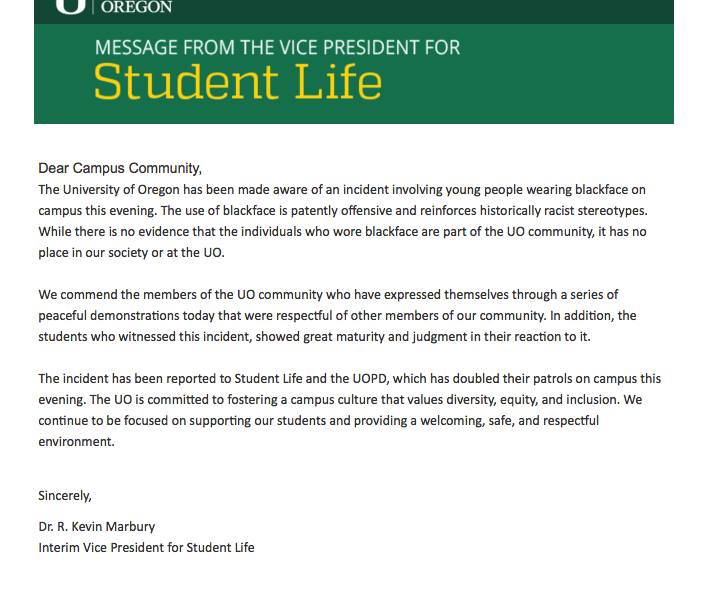