The fraternity has been suspended from any activities on campus

Statements have been issued from the University of Oregon Division of Student Life as well as the Lambda Chi Alpha fraternity regarding the weekend’s incident in which a huge amount of detritus was left at Lake Shasta.

A cooler with the fraternity’s letters was left at the site with a sign on the front saying, “Do you wanna do some blow man?” 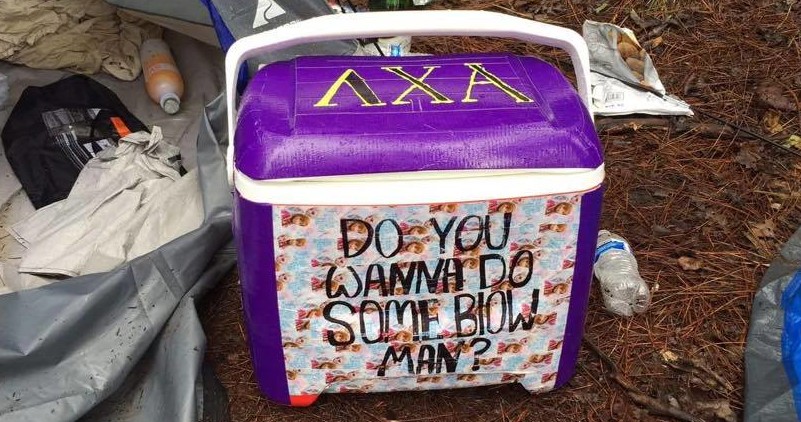 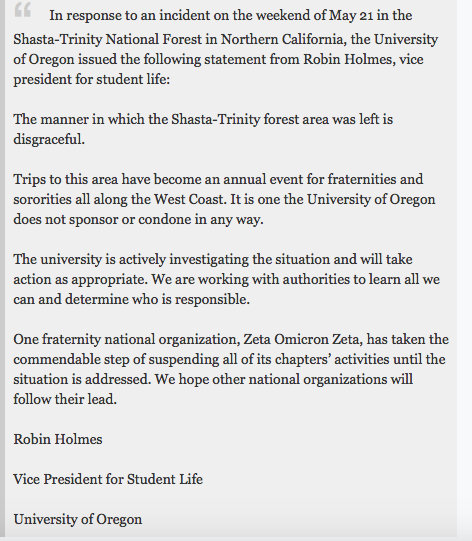 A spokesperson from Lamda Chi Alpha said: “We don’t even know how many members were at Shasta”.

They also said the majority of punishment was being handed down by UO, and said as a national organization they wouldn’t be able to give a ruling until the University had finished their investigation. 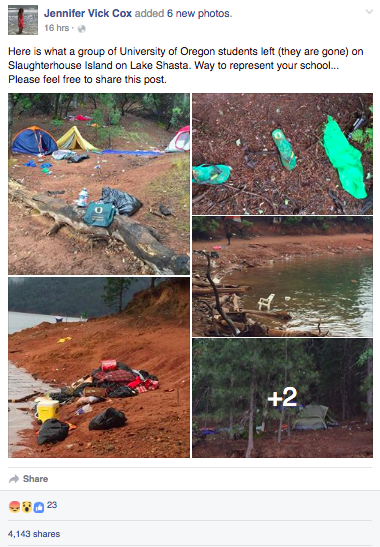 A representative from the Shasta-Trinity National Forest told Oregonlive.com the area is hopefully going to be cleaned up by Memorial day. 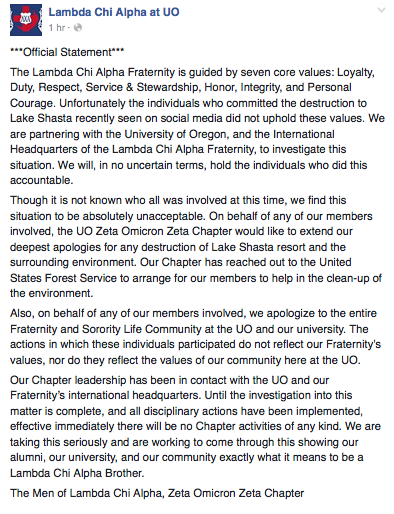