Everything that happened when Milo Yiannopoulos came to Oregon last night

The ‘Dangerous Faggot’ speaker was more comedy than Trigger Warning

Campus was buzzing last night when Milo Yiannopoulos stopped to speak to Eugene residents on his Dangerous Faggot tour.

The event was put on by Oregon’s chapter of Young Americans for Liberty Club.  The University of Oregon was prepared for the backlash that the British journalist has been notorious for triggering, but instead the atmosphere was surprisingly receptive – despite his controversial views on feminism, immigration and gun culture . 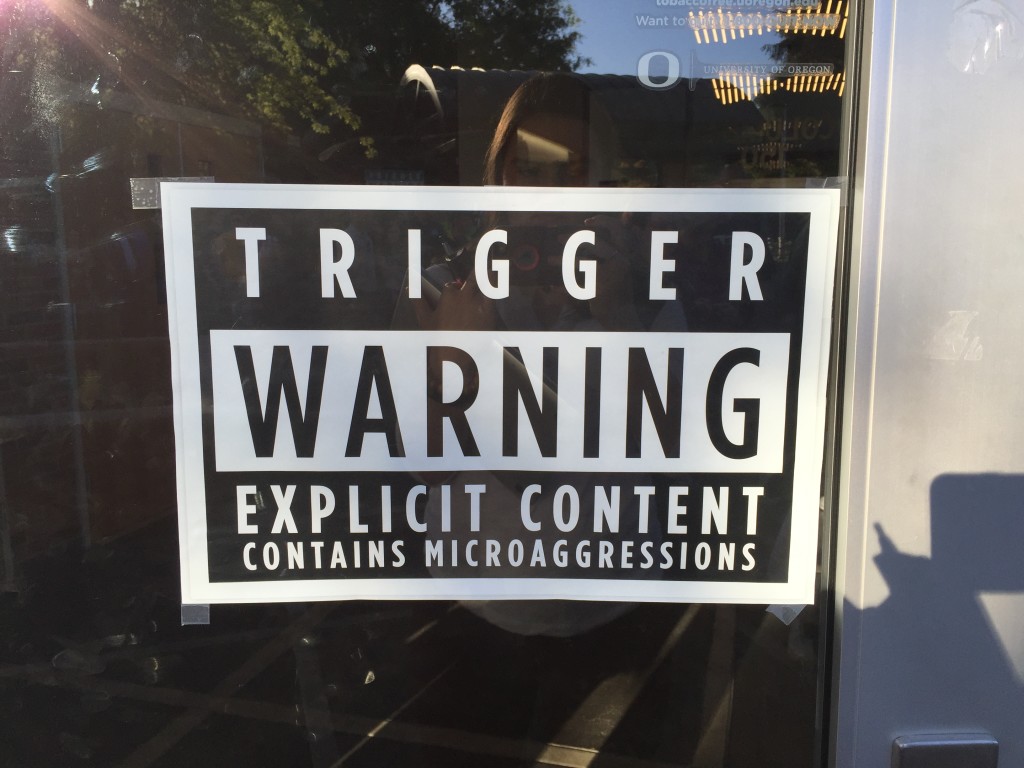 One attendee commented that the room appeared to be filled with conservatives instead of traditional left-wing liberals that Eugene tends to be known for.

“I was surprised that there was such a high concentration of conservatives compared to those so-called ‘lunatic liberals’. Frankly, I was expecting a lot worse,” said Oregon student Duncan Campbell.

The British journalist had the crowd laughing from the beginning with his charm, and consequently set the tone for the rest of the evening.

“I happen to overcome my natural shyness,” Yiannopoulos laughed. 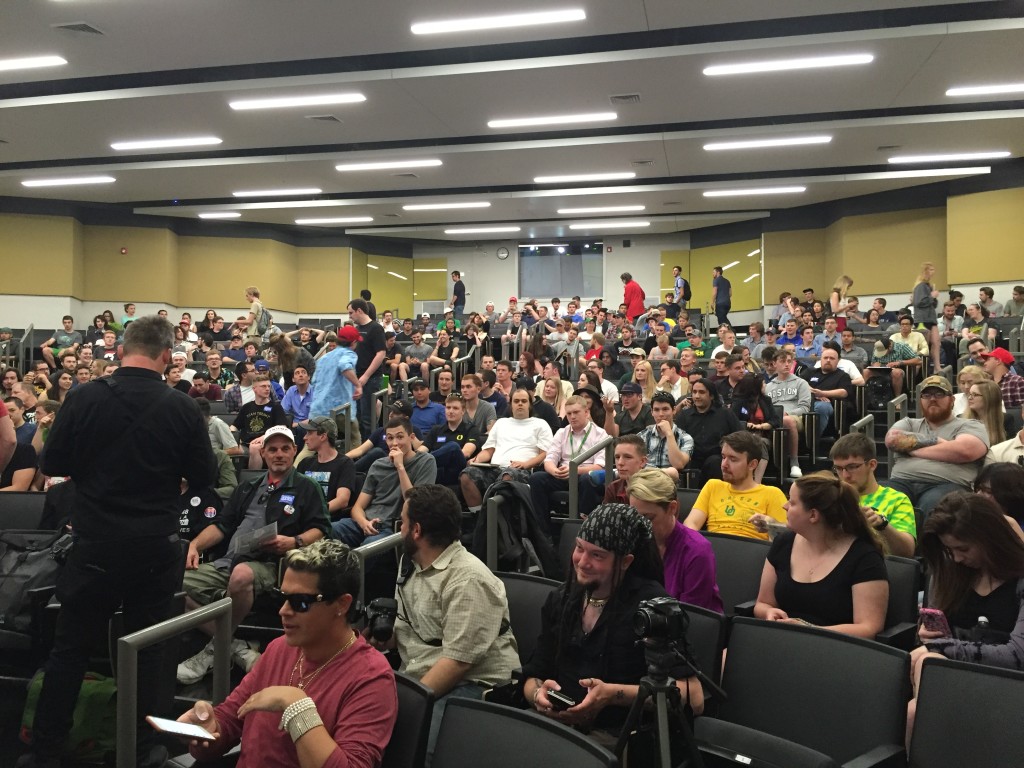 “The problem is that feminism has left the realm of reason behind and it has become about grievance and victimhood and feelings, ignoring facts, reason logic and everything. The second is an assault on a more fundamental freedom, the freedom on which this country is built and it’s is Freedom of Speech. The freedom to do whatever you want,” Yiannopoulos said.

“I think every teacher should have a gun in their drawer”

After a near-standing ovation following his response to feminism, another student asked about his stance on guns on campus.

“I’m a very firm believer in the second amendment. I think more guns the better in general. Here’s the thing, if you were to design the perfect society there would be a lot of things you wouldn’t come up with, like the monarchy in Britain is one of them. But guess what – it works better than anything else.

“I don’t want Muslims in the country”

His stance on Muslims was similarly controversial.

“What you’ll hear even from conservative competition is to avoid xenophobia, which isn’t even a thing, so what’s ridiculous is that Islam isn’t a race it’s a set of ideas”.

“There is no rape culture”

He also touched on the idea rape culture, calling  it “not remotely plausible and obviously insane.”

“There is rape on campuses but there is no rape culture. I don’t understand why we’re lying to young girls scaring them for no reason, by scaring them about college. Why? Because with the wide left’s definition of everything we are encouraged to believe – touching your leg constitutes sexual assault.” 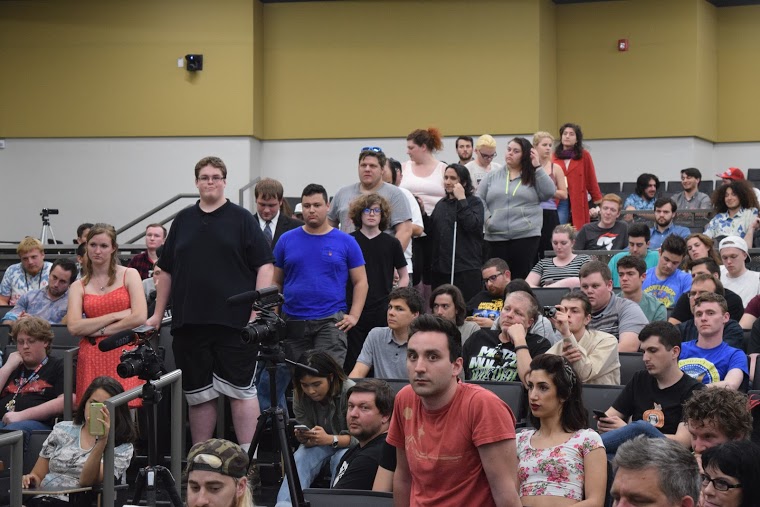 “What the fuck does cultural appropriation mean?”

After an hour of uninterrupted talks with the internet sensation, students lined up down the center aisle to ask him questions.

Compared to past tour stops at schools such as Rutgers and Emory where the crowd was very vocal, the Eugene crowd stayed silent while students absorbed his responses. One Oregon student even called Yiannopoulos’ talk “reasonable” and insightful even though Yiannopoulos made it clear that being reasonable is not his goal when answering questions.

“I fucked up. Reasonable? Jesus.”

Given the amount of conservative supporters in attendance, it was not a surprise that he was praised for his actions, especially by Trump supporters.

Overall, despite the controversial topics being addressed, the mood was light. The audience appeared to laugh along with a lot of Milo’s statements and were obviously charmed by his upbeat personality.