Donald Trump is coming to Eugene this Friday

It’s rumored he’ll be at the Lane Events Center

Following his victory in Indiana Tuesday night, Donald Trump will be visiting Eugene, OR on Friday, May 6, as confirmed by Chris Gergen, Oregon political director for the Trump campaign.

The location of the rally has yet to be released, although it is rumored he might appear at the Lane Events Center. 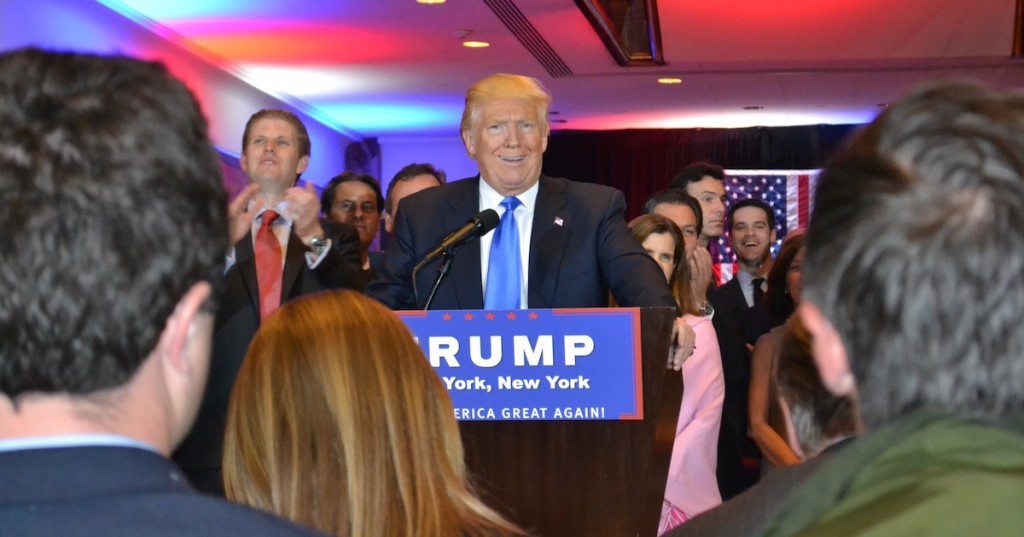 This will be Trump’s first trip to Oregon, and coincides with his plans to visit Vancouver, WA on Saturday.

After Ted Cruz announced the suspension of his campaign, Trump is now the presumed Republican nominee for the presidency.