A quarter happen in and outside campus buildings

Sexual assaults and other sexual crimes have been mapped for the first time at Ohio State.

The Tab Ohio State used data from almost seven years' worth of crime reports and daily police logs, which the university is obliged to disclose. 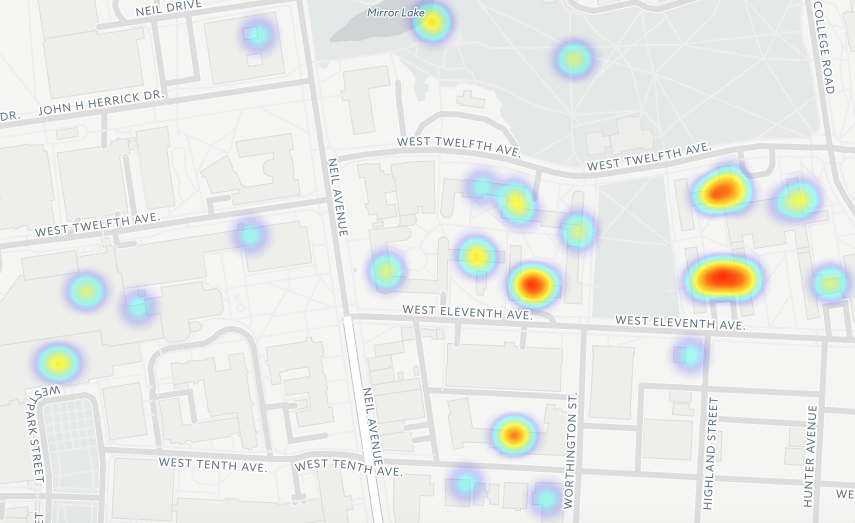 Interestingly, the data collected from 2011 to 2017 shows Park-Stradley has more reported sexual assaults than any other dorm on campus, despite having only been around for four years. 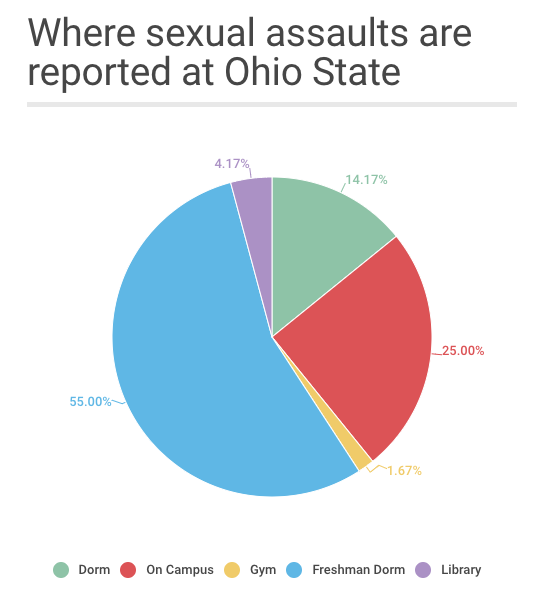 Our research shows reports of sexual assault are not evenly distributed throughout the year. The greatest surge occurs in November, accounting for 17 percent of reported sexual assaults. 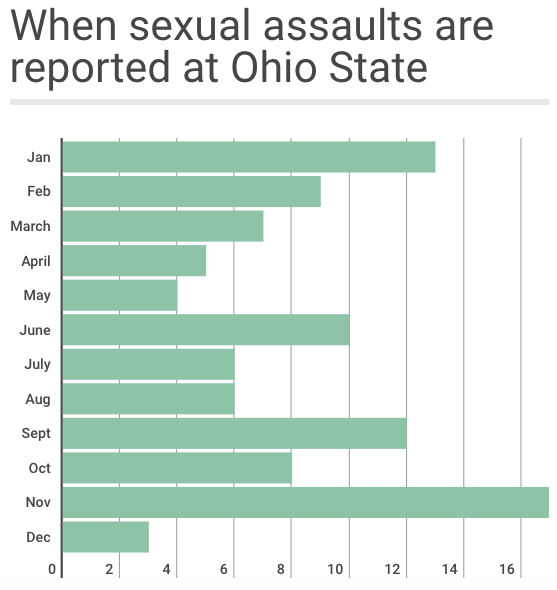 There is a second, smaller spike in data in both September and January, around the beginning of the Fall and Spring semesters, which accounts for a total 25 percent of reports. The data indicates a quarter of sexual assaults happen within the first month of each semester. 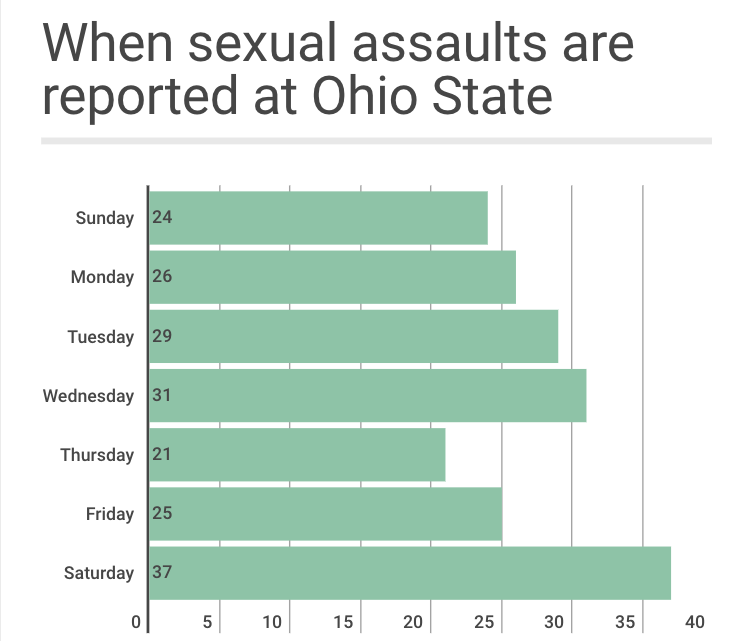 Additionally, the data shows that nearly half of incidents– 45 percent –occur on the weekend, with Saturday accounting for the majority of reports at 19 percent.

Hahna Shook, an Ohio State junior and Primary Leader of STRIDE, commented on The Tab's findings.

“I think that it is important for universities to share this information," said Hahna. “It brings initial awareness to individuals in the dorms and can lead to actions of prevention." 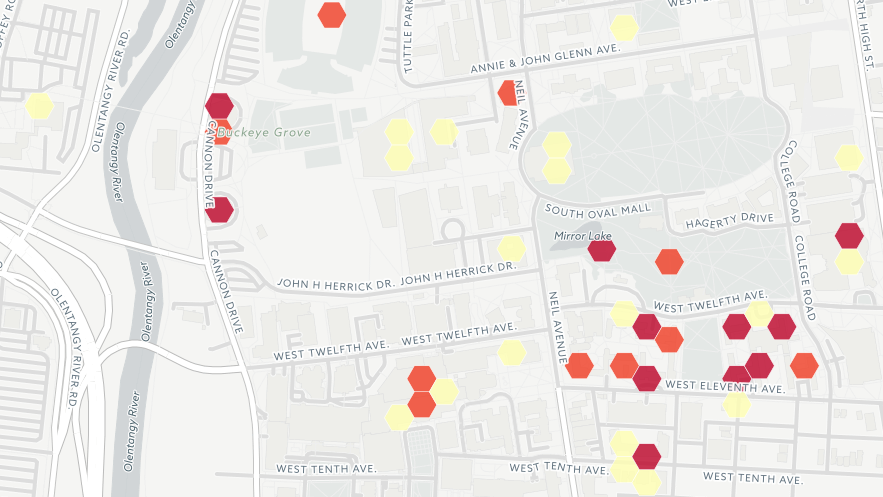 STRIDE is an acronym for Seeking To Reclaim Our Identity Direction and Energy. The organization works to raise awareness for sexual violence on Ohio State's campus as well as provide support to students, both survivors and allies alike.

Many incidents go unreported. And even those that are, not all are reported to OSUPD – meaning this data set does not offer a conclusive picture of crime at Ohio State. 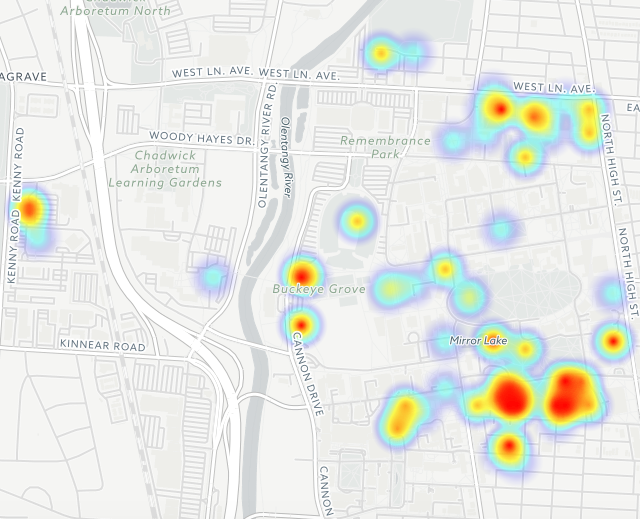 The full heat map of sexual assaults at OSU

If you are or know of someone who is the victim of sexual assault at Ohio State, visit this page of resources.