‘You’re hooking up with a black girl, that’s weird’

Sunday afternoon Aleigha Mason tweeted a video of a girl making racist comments. In her tweet, Mason identified the girl in the video as Ohio State sophomore, Katelyn Rust.

The tweet containing the video has since been deleted by Mason. 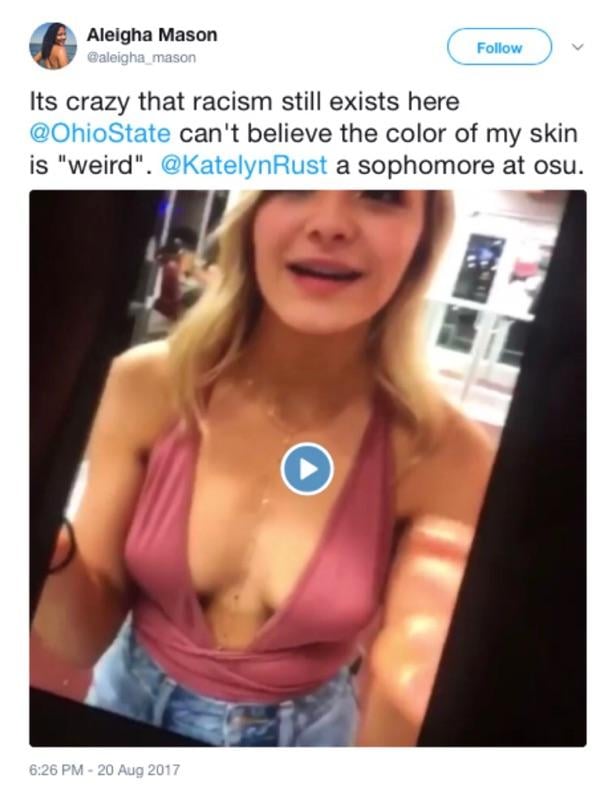 In the original video, you can hear Rust say, "Fuck yourself you're hooking up with a black girl, that's weird". She continues to re-iterate her initial comment until the video ends.

"It's crazy that racism still exists here @OhioState can't believe the color of my skin is 'weird'," Mason said in a tweet addressing the video.

After removing the tweet, Mason issued a statement thanking her followers for the support and announcing that she chose to remove the video "because at the end of the day [Katelyn Rust] is a human too even though she thinks I am less than that." 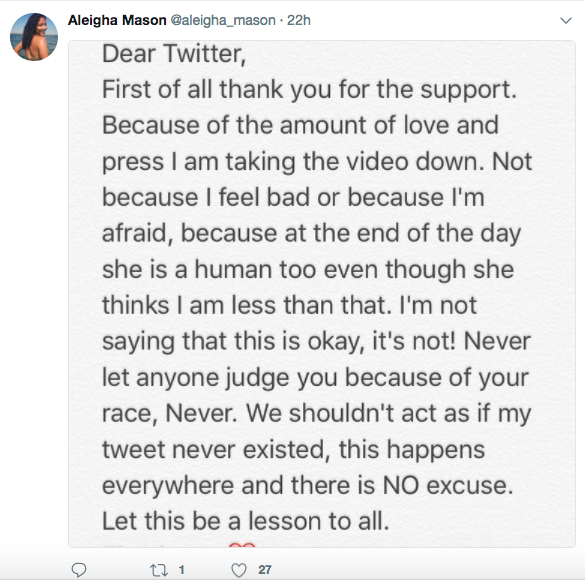 "Never let anyone judge you because of your race," Mason wrote. "We shouldn't act as if my tweet never existed, this happens everywhere and there is no excuse."

As the initial tweet gained attention, many people began to reply to it condemning the hateful comments and tagging Ohio State's official Twitter.

The Ohio State Panhellenic Association was also tagged because Rust is an active member of Pi Beta Phi sorority. OSU Panhellenic is currently investigating the incident.

The Panhellenic Association at Ohio State does not condone racism. We are currently investigating the recent incident.

Nearly a week after the video was shared on Twitter, Ohio State's chapter of Pi Beta Phi released an official statement addressing the video.

"The content of the video in no way aligns with Pi Beta Phi's values, especially that of Honor and Respect", the statement read.

Aleigha and Katelyn did not immediately respond when we reached out for comment. The story will be updated as it unfolds.