In February 2017, Ohio State senior Reagan Tokes was abducted after working her shift at Bodega in the Short North. Her body was found the next day near the Scioto Metro Park. Her sister, Makenzie Tokes, who was a senior in high school at the time, was the first person to report her missing.

Six months after Reagan’s death, Makenzie has written an essay detailing her experience learning about her sister’s disappearance, helping with the investigation, and dealing with her death. She gave The Tab permission to publish it in full.

Imagine. You’re 17 years old and wanted to send your big sister your prom dress. You get into a fight and this will be the last conversation you two will ever share on earth. Of course, if you both knew this, it wouldn’t have ended this way. That Wednesday night when you lay down for bed, nothing seems out of the ordinary to your child self, but little do you know when you wake the next morning hell will soon engulf your life.

You head to school like normal, but start receiving messages from your parents to try to get in contact with your older sister. You brush it off and say she’s probably sleeping still or in class. Your mom calls the university…she hasn’t attended her classes today. Mom files a missing persons report through the campus police. Once you are leaving school, you realize the enormity of the situation your family is facing.

No one has seen or heard from her since early in the night before. According to her roommate you spoke with, she never made it home to her bed that previous night. You drive back to school to take a picture for an award you’re recieving. You run into the school choking on tears after your mom has said no one has seen her since her work shift last night. Everyone in school tells you, “she’s an adult, don’t worry they’ll find her”, but you are wise enough to know when a girl goes missing in Ohio you typically don’t find them alive. 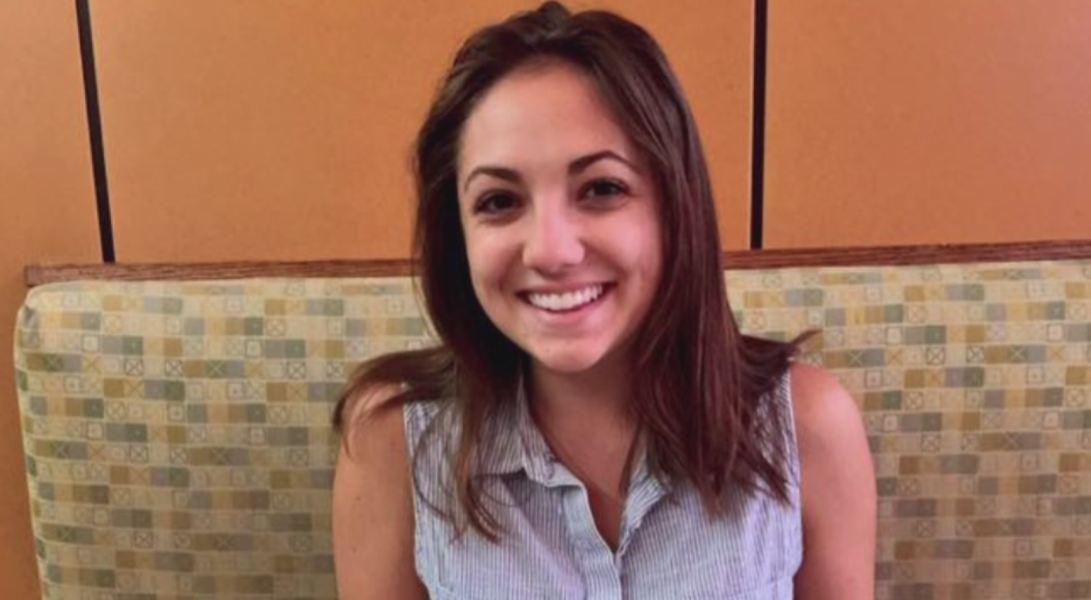 You pray that she has gotten into a car accident – “yes that’s why her car is missing,” you think to yourself. All the hospitals are phoned and no one has admitted your sister. They call the airports, and even the local jails. You’d never think how much I wished to hear that she had been arrested for some dumb reason. News comes back, that yet again, she hasn’t been seen. It’s been over 24 hours since she has been gone, and now an official missing person case has been taken on by the county.

Little do you know that a body of a young woman had been taken as a Jane Doe around 1pm today in a different county area. It’s her but you won’t know that until late this evening. You get into your car from school and attempt to drive home. You call a close by friend in the neighborhood and ask to come over and you’ll explain when you get there. You pull up and it starts raining. You’re shaking and getting wet but it doesn’t matter. Your friend recommends tweeting a picture of her.

Within minutes thousands have retweeted this image, “shit I probably should’ve picked a better one, I don’t think she’ll like this being posted all over once we find her” you hopefully think.

At this point I told myself she had fallen asleep somewhere while studying and just didn’t have her phone charged up to call you back. Then you think maybe she had a mental breakdown and ran away and that’s why the car is gone. You immediately call her old high school boyfriend even though they haven’t talked in a year. When he answers he’s surprised to hear from you and concerned about the news you just shared. Damn, you really thought he knew where she could be. That tweet has been shared more times than you can count, “she realllly won’t like this when she wakes up” but in reality she’s watching down on your family frantically looking for her when she’s really a nameless body in the Franklin County Coroner.

Your mom calls and says you need to get home and find out her license plate number. It is now being reported as a stolen vehicle. You try to remember the stickers she proudly put on the windows to help with further identification. Miami Dolphins and the Buckeyes of course. You bring your friend with you as you have become increasingly unstable over the last half hour. On your short drive home you get a call from your uncle, now it’s serious the whole family is searching. He tells you to call if you have heard any further news, he doesn’t want to block your mom’s line as she’s in contact with the police who are only a thousand miles away.

At home you rip through the drawers of the office and find the car file and immediately call your mom, she asks for your license plate too just as a precaution for the future. She asked if I still had to work that night and I was one of two employees, of course I’m working I can’t cancel this late of notice. We are going to find her and it still hasn’t sunk in the extreme urgency of our situation. After hanging up the phone however, you call your best friend in Ohio and sob to her as you try to relay the message that Reagan has been missing for a day and no one has heard from her. She bursts into tears at Kroger and a couple says they will keep my family in their prayers. I’m sure they heard the tragic news in the days to come. 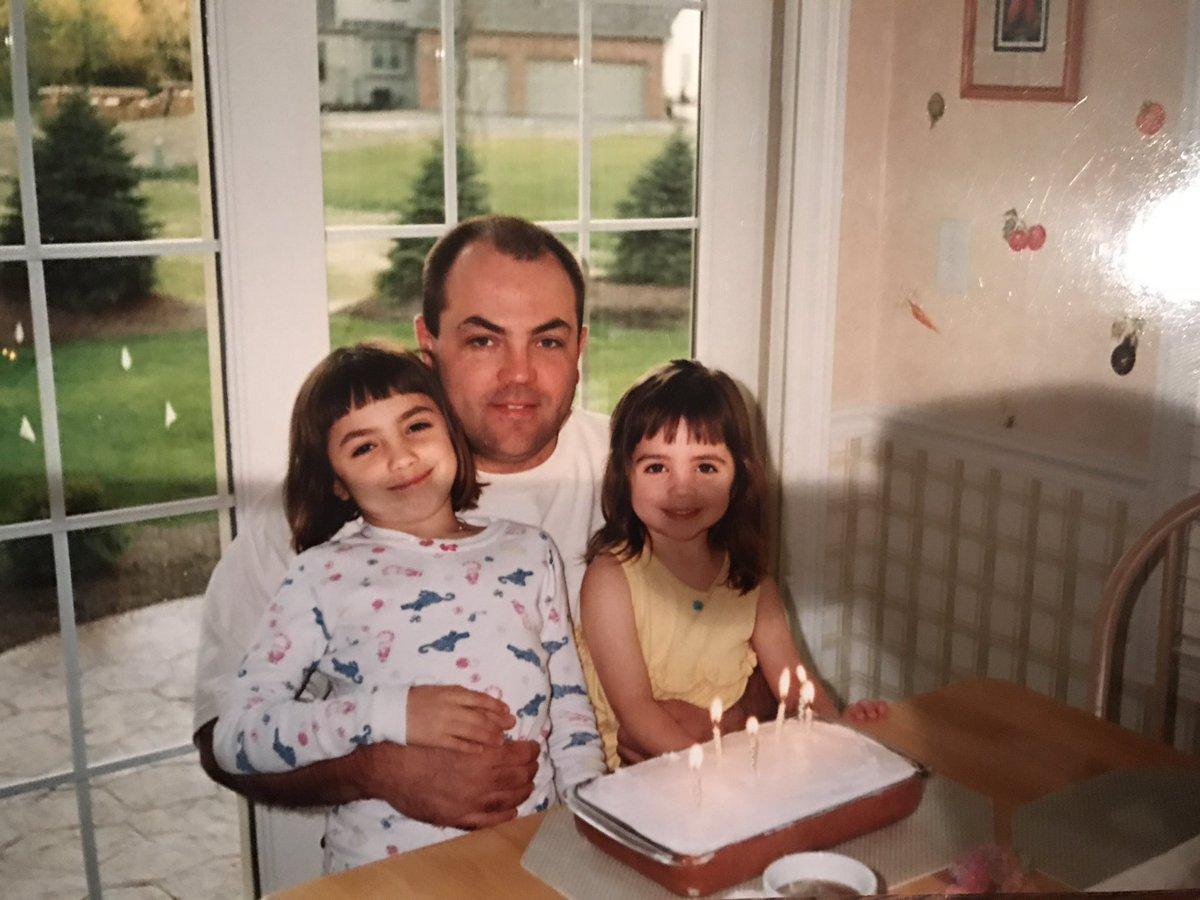 You get ready for work and head off to your job. Once you arrive you ask to keep your phone up front for a family emergency. Over the next hours you get pestered with news stations, online reporting websites and extending family hoping to get further details about her. You don’t really know how to help so you pass along the calls to your mom. It’s about 9 o’clock and mom calls with a shaky voice asking if you can come home from your shift early. No I can’t I’m the closer tonight, what’s wrong did they find her yet? No I’ll call you if I hear any more news.

About 15 minutes later you’re washing dishes in the back and are bent over tying up your hair. When you flip back over a tall, middle-aged man who owns the Italian restaurant next door is now in the back of the store with you. He asks you to collect your belongings and come outside “your mom and dad are here to pick you up”. This can’t be good. If they found her they would’ve called me. You run to the door and see their faces.

They just want to get you out of the store quickly and quietly but you shriek “did they shoot her?” Again, their faces say it all. You don’t know if it’s one monster or many but you know your sister has been shot. You run into the back of the store and huddle in the corner screaming and crying so hard no tears can even come out. Your parents pry you out of the store and say they will explain and to get your keys your mom is driving your car. As you’re escorted out, families that resemble yours are getting ice cream after their dinners, and intensely staring and judging the meltdown you’re currently having. Your dad gets into his Jeep and answers a call from his parents on Bluetooth as he drives over to my mom and I. You can hear the words “they found her she was shot in the head”. Screams come through the speakers of your grandma’s disbelief.

You’re getting into your car and start the flow of questions. How long has it been since they had her? Who was it? Was it a set up?

“If she’s dead then I’m going to kill myself. Why should I be here?” I screamed.

On the drive home I repeated “God hates us, God hates our family” because at this moment there’s no other explanation and writing this six months later I still don’t believe the sayings “He needed her more”, and “she’s in Heaven living a better life than down here” because in all honesty, the better life would’ve been never being robbed, kidnapped, raped and murdered before getting accepted into Heaven now would it?

Reagan Tokes was kidnapped, raped and murdered by Brian Lee Golsby, a registered sex offender who was released from prison in November 2016 after serving a six year sentence.

An investigation into Golsby’s time in prison found that he committed a total of 52 violations over the course of six years at five different correction facilities. Gary Mohr, the Director of the Ohio Department of Rehabilitation and Correction, told 10TV that “his behavior was not rehabilitative. He would not engage in programming that would abate the reason he came to prison.” But despite these violations, Golsby was still released from prison.

Following this and further investigations into similar cases, an Ohio lawmaker announced he will be introducing a bill called the Reagan Tokes Act. The bill would address the following system failures:

Brian Golsby was indicted on 18 counts in February including kidnapping, aggravated murder, and rape. The judge did not grand him bond. A date has not been set for when Golsby will appear again in court.