A detailed timeline of the evolution of Brutus Buckeye

The history of an icon

Brutus has had quite a few face lifts and re-designs since becoming the offical mascot of The Ohio State University in 1965. Students Ray Bourhis and Sally Huber originally pitched the buckeye idea and it has stuck with the school for 60 years and counting.

Here's the evolution of Brutus Buckeye over the years before he became the mascot we know and love. 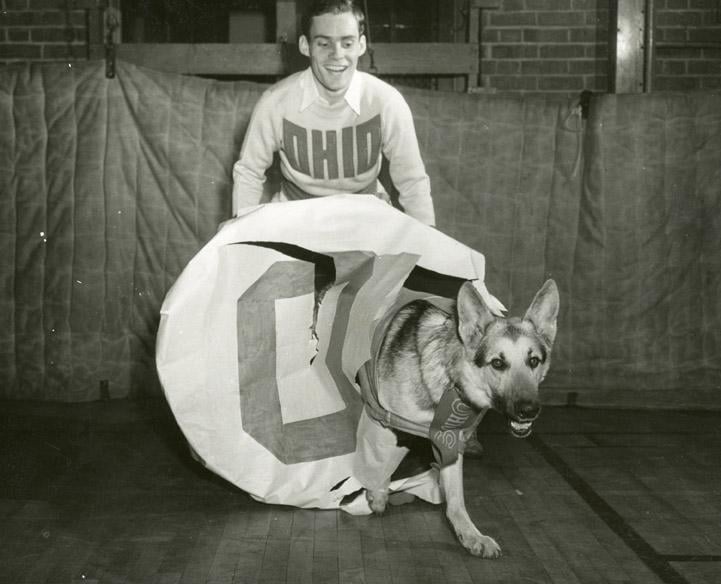 Before plush mascots became mainstream, schools used live animals to hype up the crowds at football games. Ohio State's first unofficial mascot was a performing police dog named Chris. He was trained to jump through hoops and perform tricks at football and basketball games. 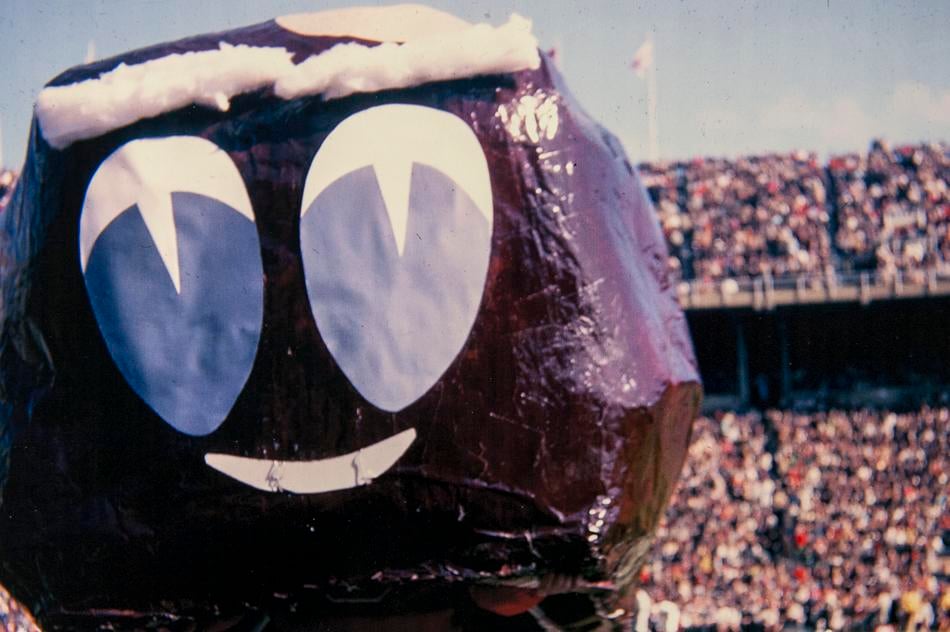 The first incarnation of Brutus was a simple, round paper-mache suit. He was a literal buckeye nut without the human-like features Brutus has today. He was and is 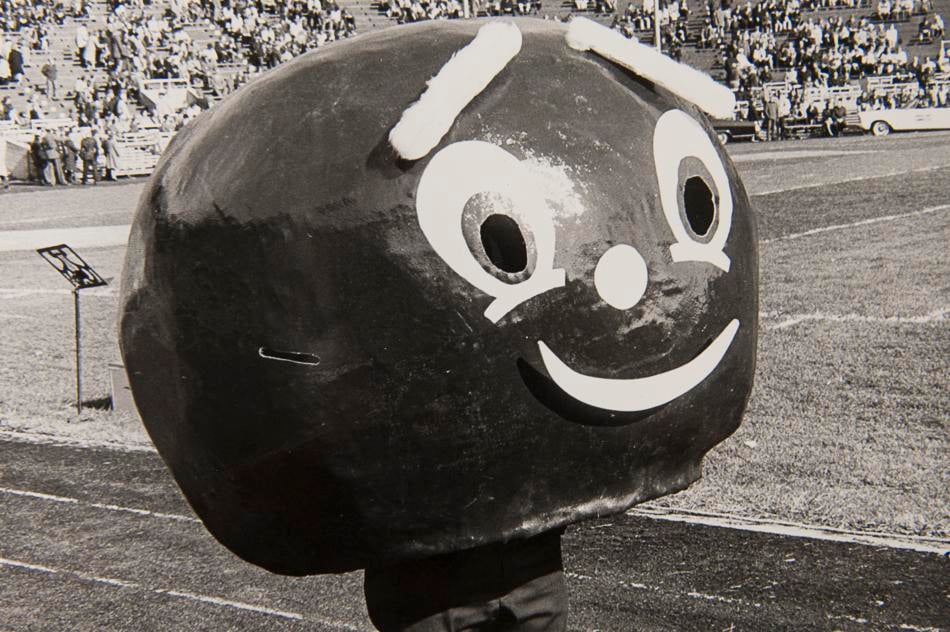 The original mascot suit only lasted a couple of weeks before the design became an issue, but Brutus was an instant hit with Ohio State fans. They worked out the kinks and he made his debut during the game against Iowa. 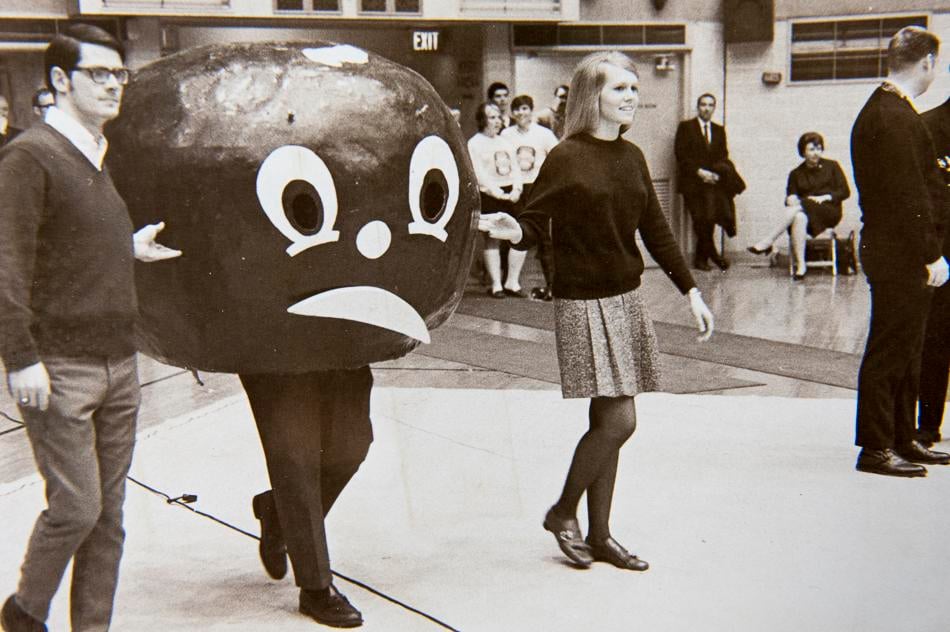 To make things interesting, Brutus was given the ability to express different emotions—happiness and sadness. When Ohio State struggled during a game Brutus could change his facial expression to reflect how the team was playing. 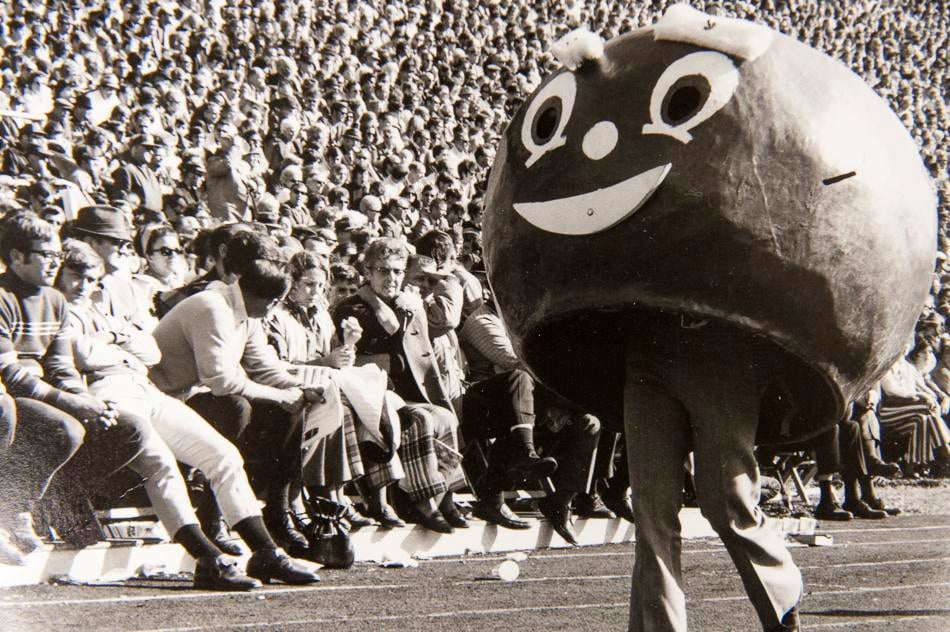 Other than the return of the eyebrows, Brutus's look remained unchanged. He was still a happy-go-lucky little buckeye. 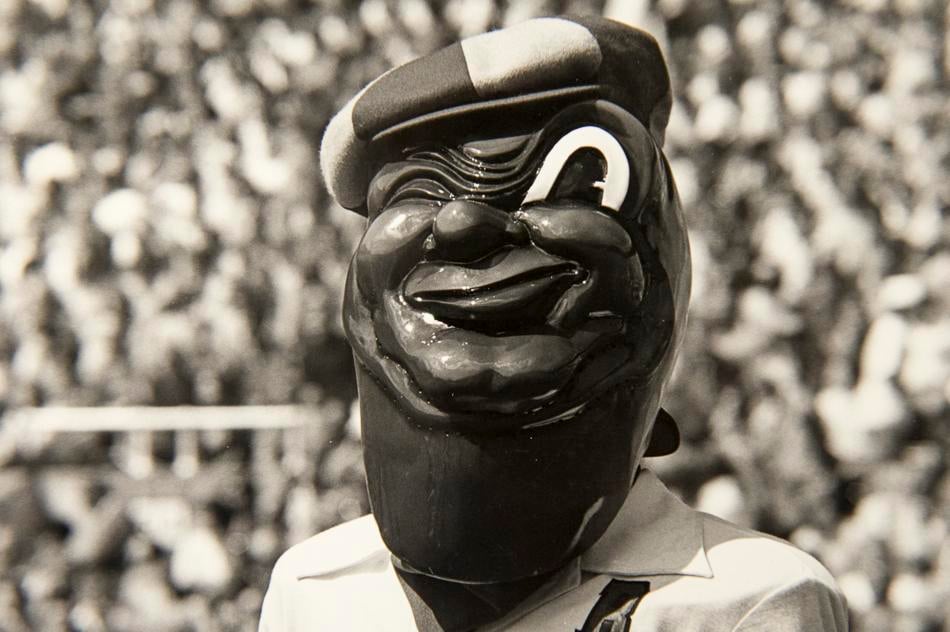 It goes without saying that Ohio State fans and students were not very keen on the new design. This design got rid of the full body suit in favor of a slightly unsettling head piece. Brutus went from a friendly, round nut to looking like the angry cousin of Planter's Mr. Peanut. 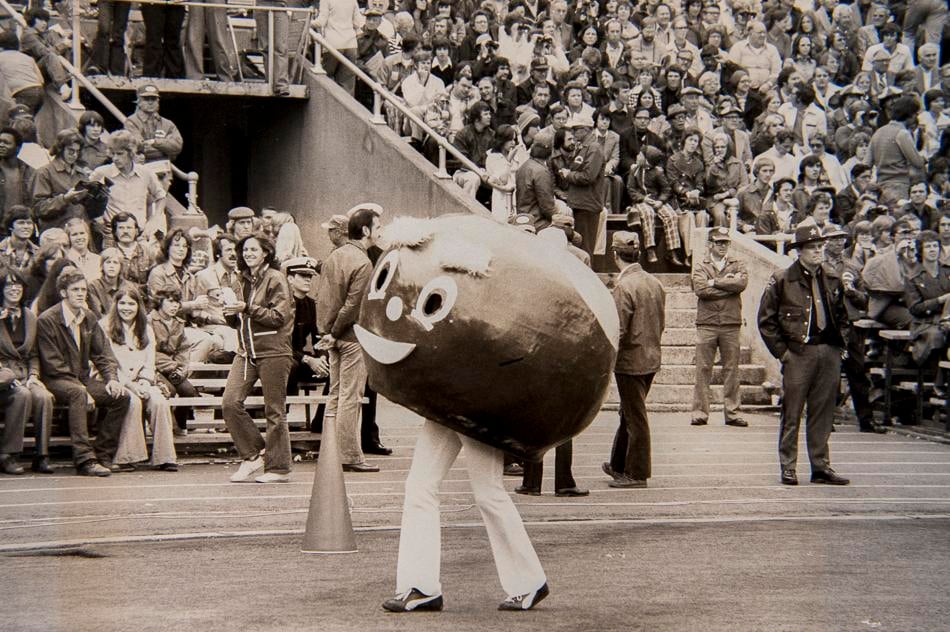 The underwhelming and slightly terrifying Brutus head didn't last for long. The university took inspiration from the original and much more friendly mascot uniform. Apparently the eyebrows weren't bushy enough the first time around. 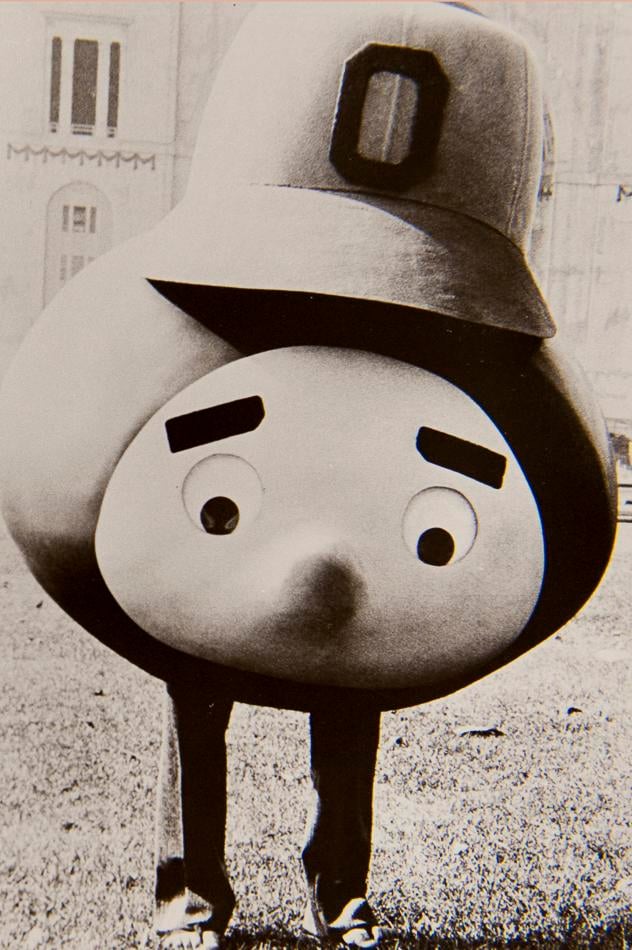 Out with the old and in with the new, well sort of. Ball Cap Brutus didn't stray much from the original concept, he was just a bit smaller and wore a block "O" hat. Fans received this version well, but once again issues with the design and weight of the costume led to more change. 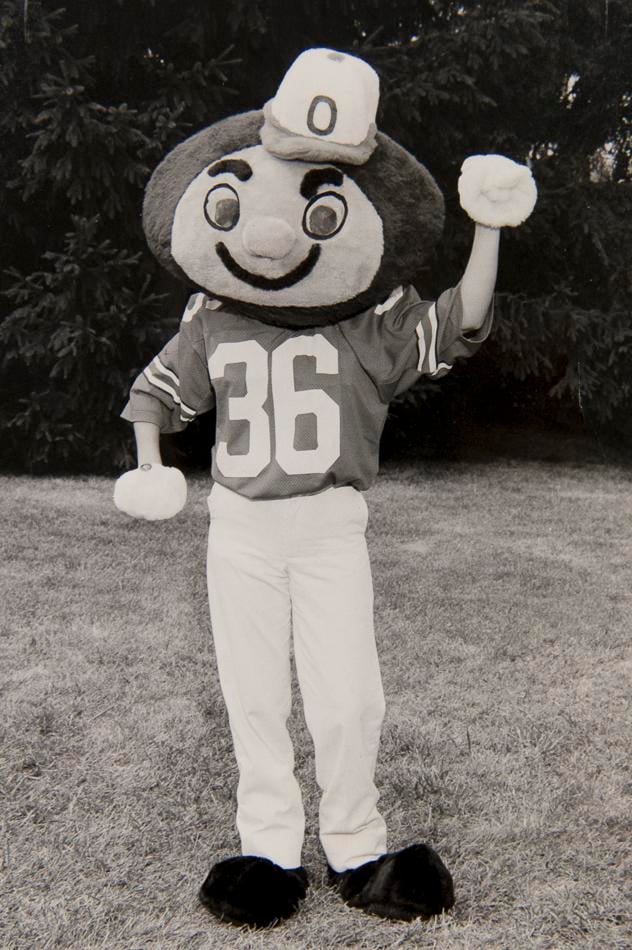 The 1980's was the first time fans got to see a full body Brutus. The university ditched the old, heavy designs for a head piece and football uniform. Now Brutus could perform at football games with no problem. 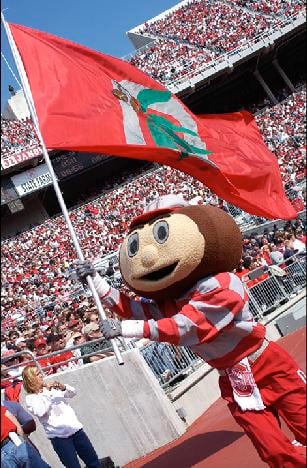 Do you even lift? Brutus buffed up for the new millennium and ditched the menacing eyebrows from the 1980's for a softer and more sublte look. Notice how the ball cap stuck around.

The Brutus we know and love today has lost some of his bulk, but for the most part he hasn't changed drastically from the 1980's. He still wears the hell out of his OSU gear and hypes up fans alongside the cheerleading squad.

Brutus has undergone a lot of changes since his original appearance in 1965, both good and bad. One thing is for certain, our little buckeye nut has grown into a man. Here's to 60 more years of Brutus.