Ohio State police talked a woman down from the seventh story of the Lane Ave Parking Garage Tuesday.

Around 4pm, witnesses on campus saw a woman standing on top of the garage. The woman remained there for over an hour and a half before eventually coming down.

In an amazing show of empathy and community, students and passerby who saw the woman sprang into action and began writing loving messages on signs.  They pulled cardboard from nearby dumpsters and wrote to the woman, letting her know they were there for her and that they cared. 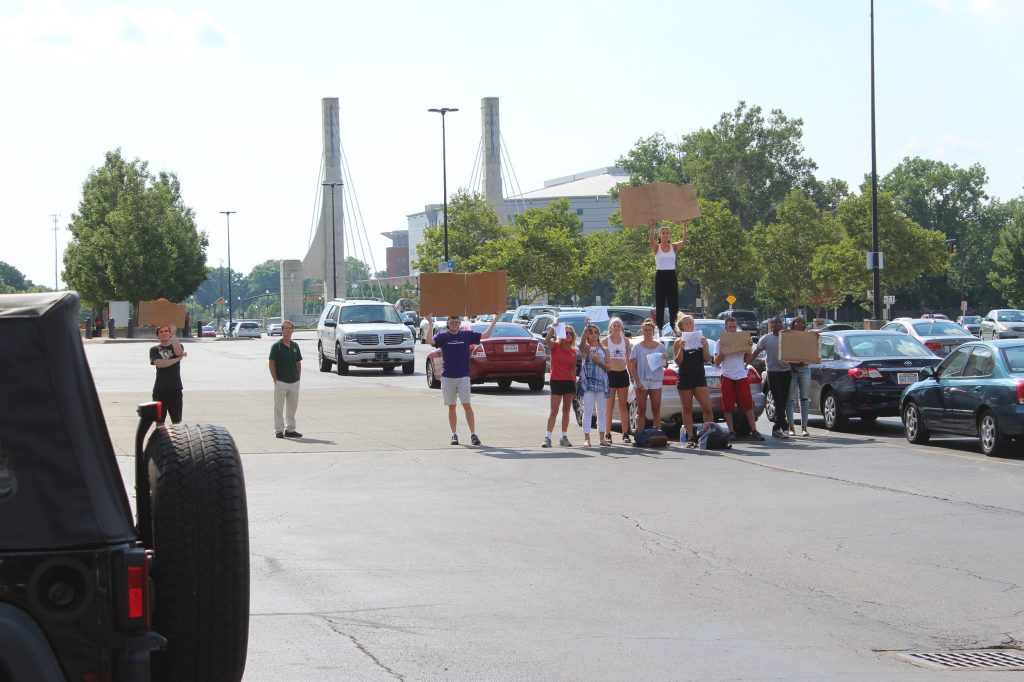 Logan, a student at the Ohio State University who was on his way to class when the incident occurred told The Tab: “I was driving by and saw police cars.

“People were writing her messages on paper at first, but one of the policemen said to get some cardboard so she would be able to read it.”

He held up a sign that read, “you are loved.”

Logan said that suicide had touched him in his own life, and he knew he needed to stop and do what he could to help. OSU student Maddy Humphry and her mother, Marcia Humphrey also showed their support and concern for the woman.

Maddy told The Tab: “We’ve been here for an hour.  I was driving home from work on Lane when I saw her.”

She described the relief when the woman finally stepped down and into the arms of officers, saying: “When she stepped down everyone was overjoyed.  You could hear everyone clapping. I still have chills just thinking about it.” 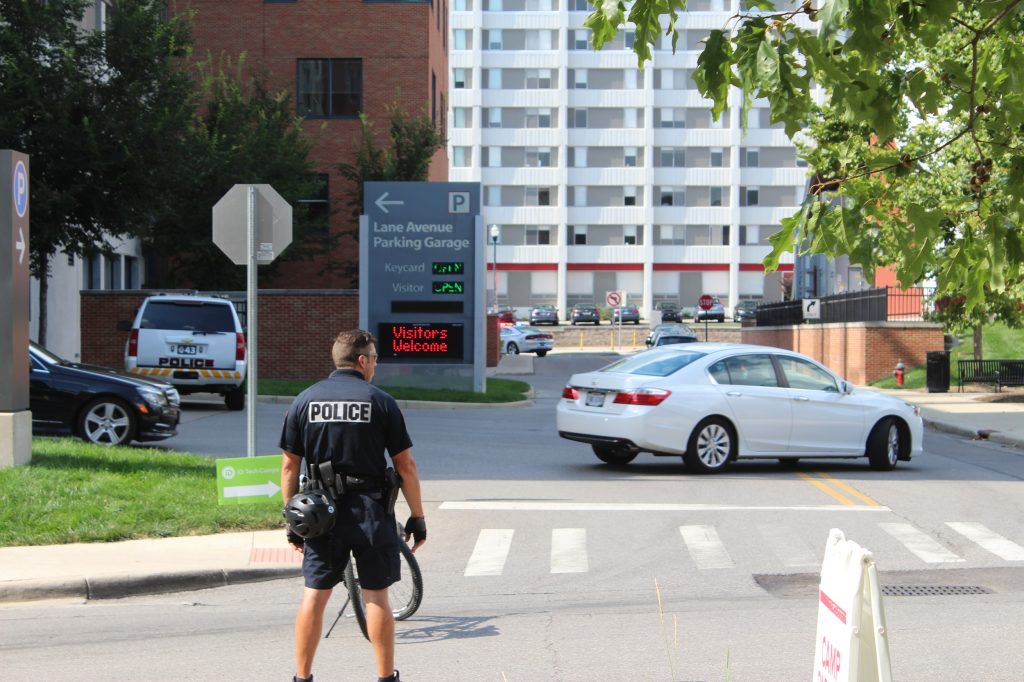 In addition to students doing their part, first responders succeeded in de-escalating and maintaining control of the situation. The woman was successfully talked down to safety by what looked like a mix of police, fire, and other first responders on the top floor of the garage.

Police worked to resolve the situation without harm, while managing the logistics of people attempting to exit and enter the garage and nearby streets.

Suicide is a growing issue that has seemingly touched all of our lives in some way.  The Tab Ohio State encourages any students who need it to take advantage of Ohio State’s Office of Student Life Counseling Service where students can help with whatever troubles they are having.  Their mission is, “To promote the personal well-being and academic success of students by providing comprehensive individual and group mental health services, psychoeducational prevention and outreach programming.” National Suicide Prevention Lifeline- 1-800-273-8255