Four months ago doctors believed he was unlikely to wake up

In April, 38-year-old Zachary Lawrence suffered a severe brain injury due to a car crash. He was taken to Dodd Hall Rehabilitation Center at Ohio State University to recover.

Four months into his recuperation, he was asked to answer questions by pressing a button for "yes" or "no".

Lawrence was asked "Do you like Michigan?" and he immediately responded by pressing the "no" button twice, just to be sure.

According to his wife, Meghan, the face he made when asked about Michigan is one he frequently makes when the school is mentioned. After seeing his response she said, “We’re pretty sure he’s in there.” 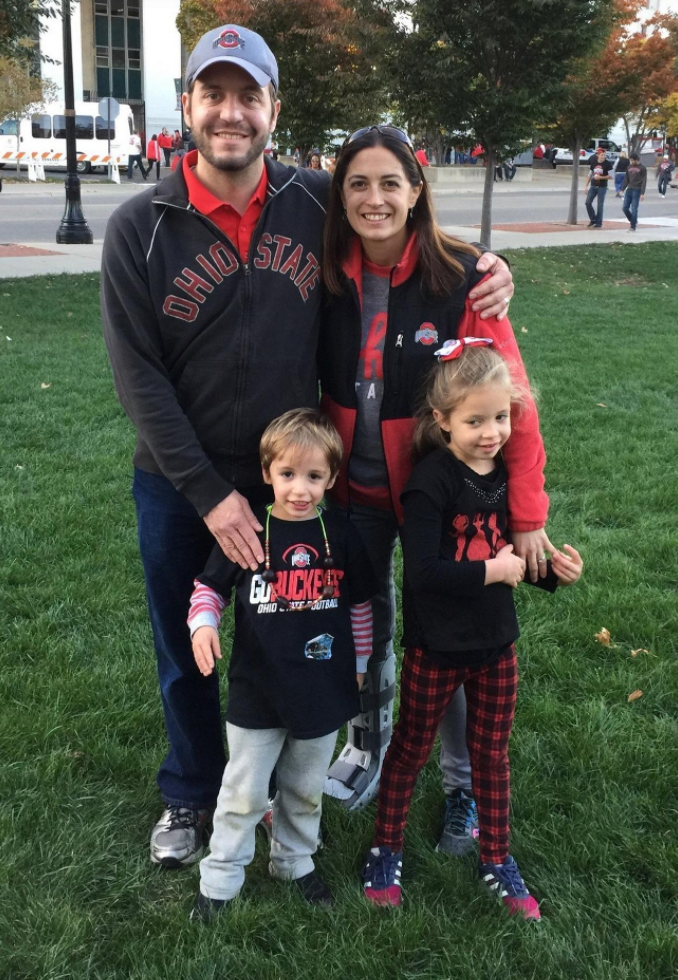 Photo credit: The Dispatch, Zachary Lawrence with his wife, Meghan, and their kids

When Lawrence was brought to the hospital four months ago, he was non-responsive and doctors believed he was unlikely to wake up. Now, Lawrence is making sounds and opening his eyes.

He is able to answer to questions and to stand on a treadmill with the help of physical therapists — he has come a far way since he was brought to the hospital in April.