The longer you stay in college the more drinks you take to the face, says new data

It’s not alcoholism until you graduate

The more time you spend in college, the more you drink on average, according to a new survey.

These statistics come from a Tab survey of nearly 2000 college-aged students who self-reported their weekly drinking habits.

On average, freshmen and sophomores consume around 14 drinks per week, juniors bridge the gap at 17, while seniors and graduate students consume a whopping 19 drinks per week. The data confirms what we’ve suspected all along – college turns you into an alcoholic.

It makes sense when you think about it. Drinking during your freshman year is an exercise in freedom, where the alcohol tastes like the 8am class you don’t plan on attending in the morning. You reek of optimism and inexperience as you stumble home from the bar at 2am.

As a senior, you drink to forget the pain of impending unemployment. You’re equipped with a camouflaged liver and the tolerance of someone who has been binge-drinking for years – because you have been. 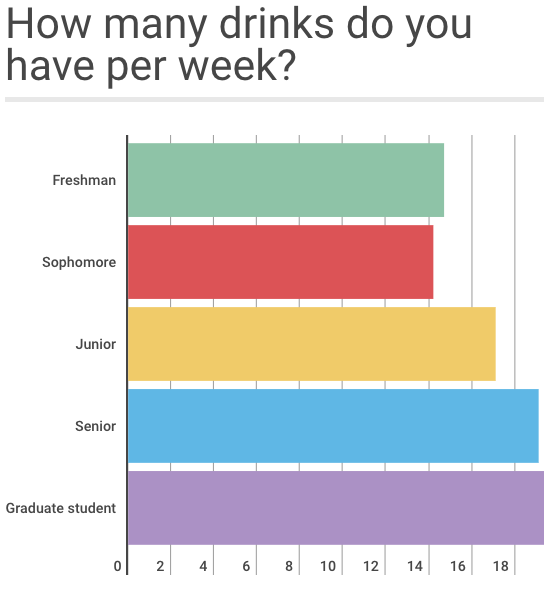 The Tab’s alcohol survey also produced a range of interesting insights into college drinking, including whether students in Greek life drink more than GDIs, if men drink more than women, and what student alcohol preferences are as a whole.

Not surprisingly, those in Greek life drink six more beverages each week than students not in frats or sororities. Members of fraternities and sororities reported to consuming 20 per week, while GDIs only consumed around 14. 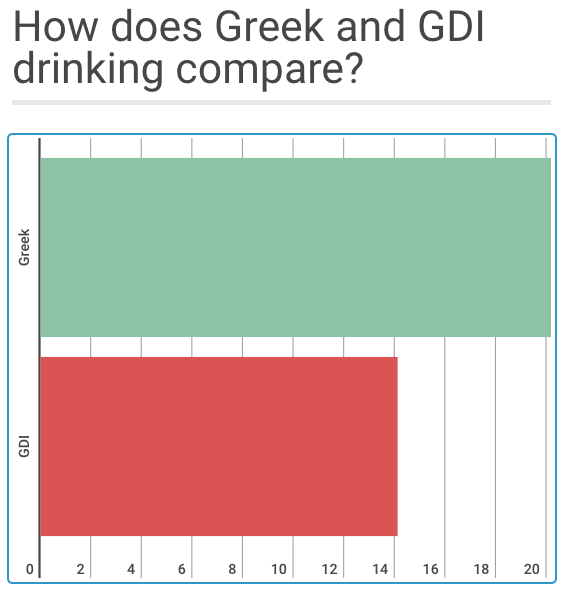 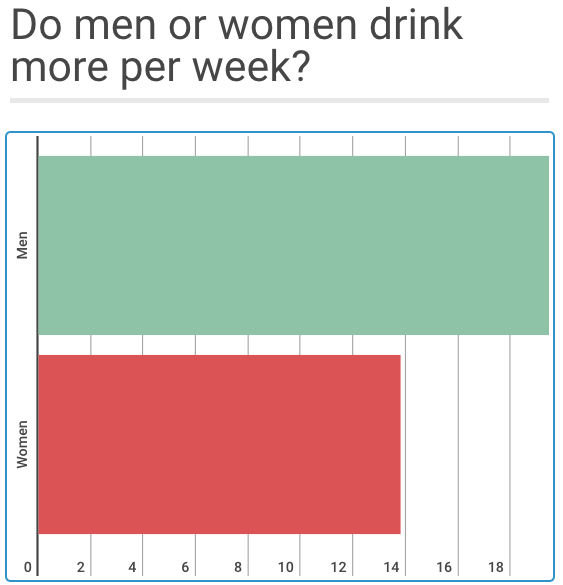 When reporting on what students’ drinking preferences are overall, the most popular place to drink is at home, but they reported drinking the most when going out to bars, averaging 19 drinks per week. At home, the same student would consume about half that.

Across the board, the most popular beverage of choice for college students was mixed drinks, followed closely by liquor. The most average of all the alcohol, beer, fell right in the middle, while the least popular drink turned out to be wine. Cheers.