Former Indiana Football Coach Kevin Wilson will be the next offensive coordinator and tight ends coach at Ohio State.

Wilson will step into the role that was formerly held by Ed Warinner. Warinner will remain in the Big 10 as he leaves for the University of Minnesota to coach the offensive line under P.J. Fleck’s new coaching regime.

While at Indiana, Wilson had a 26-47 record as head coach and made Indiana a competitive program in the Big 10. In 2015, Indiana Football led the Big 10 in offense under Wilson, averaging 36.5 Points Per Game. After a successful 2015 campaign, Wilson signed a 6 year, $15.3 million contract extension that would have kept him at Indiana until 2021. However, on December 1, 2016 Wilson and Indiana parted ways. 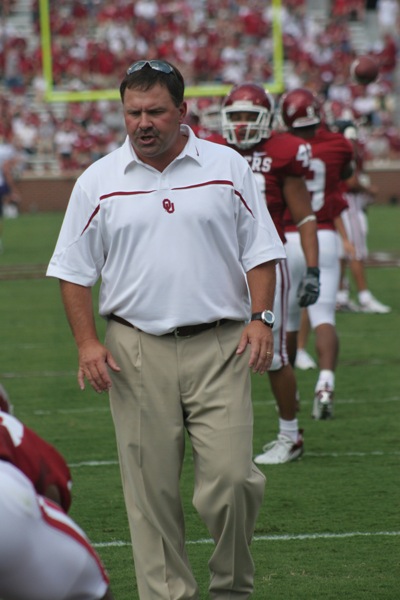 Wilson has developed a few great NFL running backs while at Indiana (Tevin Coleman & Jordan Howard). He should have no problem doing the same with Mike Weber, Demario McCall, and whoever else plays for the Buckeyes in the future.

Buckeye fans should be even more excited about Wilson’s accomplishments as an assistant. In 2008 Wilson won the Broyles Award given to the nation’s best assistant coach in college football. That same season, Wilson helped the Oklahoma Sooners reach the BCS National Championship Game where they would ultimately lose to Urban Meyer and his Florida Gators. Wilson helped orchestrate the highest-scoring team in NCAA history (702 points) that season. He has also helped coach Heisman Trophy Winners Jason White and Sam Bradford during his tenure at Oklahoma

The addition of Wilson could provide a solution the Ohio State offense has desperately needed after the departure of Tom Herman. Wilson will look to improve an Ohio State offense that finished 31st in total offense in the nation this past season.