Students were evacuated from Watts Hall this morning because of a fire alarm when a car drove into them, got out and started “slashing people with a knife.”

Nine people were transported to the hospital and the suspect was shot dead.

Angshuman Kapil, a Material Science student, was one of the students evacuated because of the fire alarm. He said two fire trucks arrived on the scene and after about 15 minutes a car drove into the group of people waiting outside. As soon as one of the trucks left a car started speeding towards them.

“I saw a car coming off the sidewalk — at first I thought it lost control — and it hit five or six people.”

Police stating: campus still NOT safe. Students be advised to STAY INSIDE and OFF CAMPUS.

The first alert was send this morning at 9:56am, warning students of an “emergency on campus.” Two minutes later, a second text was sent confirming there is an active shooter on campus.

His original location was said to be around 19th and Campus, near Watts Hall.

Students were inside Watts hall waiting for police to get them and Bowen House dorm was evacuated.

A photo shows a body on the ground surrounded by police. 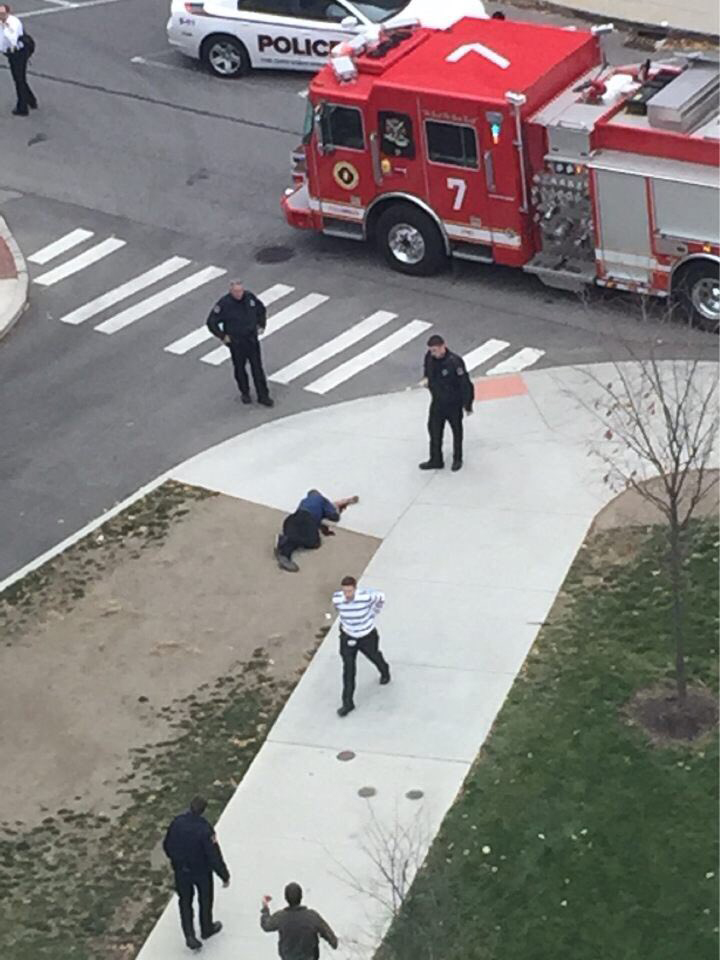 At 11:14am Ohio State lifted the shelter on campus. According to an update, “law enforcement will continue to have a visible presence on campus.”

However, police warned that campus was still not safe.

All classes have been cancelled for the rest of the day.