Life of a freshman at Ohio State

If you thought high school was stressful, buckle your seatbelt boys and girls because this one gets worse

When anyone gets to college for their first time, they are going to notice a lot of changes.  From where they live, classes, and even the food on campus.  Being a college freshman is one giant culture shock with a wake up call at dawn.  These are just some of the experiences both academically and, well, not academically, that a freshman will probably encounter.

Life in the dorms 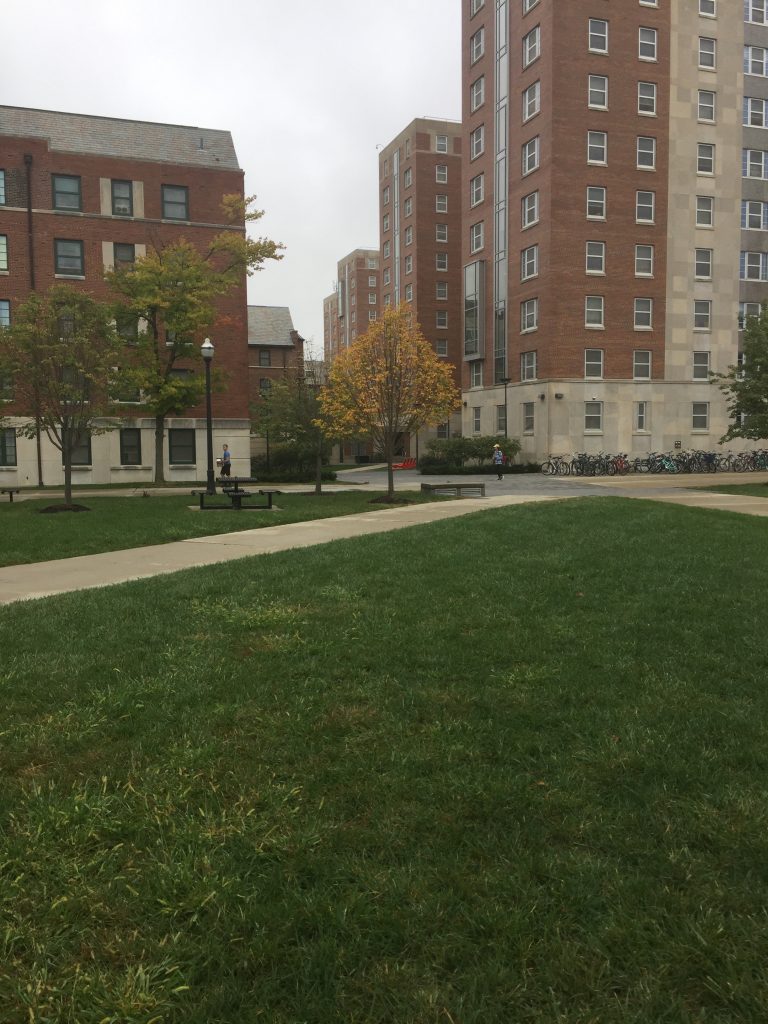 Ever walk into your room and see your sibling or mom, or someone you’ve only met once standing there and getting really angry and screaming, “WHY ARE YOU IN MY ROOM?!!?”  Yeah, well get used to sharing a room, bathroom, and being weary about sharing your food.  Some students at Ohio State have the pleasure or regret to share a suite with fifteen other people.  Others are lucky and get just one roommate, which is so much better.  Also, you better hope that either you or your roommate(s) are heavy sleepers.  Lofted beds here squeak every time you climb them, bump them, or sneeze next to one.  No matter what.  The closets aren’t the biggest, but you’ll learn how to manage your space, hopefully.  Let’s also talk about the bathrooms now.  As a matter of fact, they’re actually cleaner than you’d think, but it is still advised to wear socks and/or shoes.

Sometimes the dorm RAs post funny signs all over the doors or inspirational quotes.  Speaking of RAs, no they are not cops, and no they don’t walk up and down the halls yelling at you.  They’re pretty down to earth people and help you with any issues you may be having while on campus.  But yes, they do enforce their power when they need to. 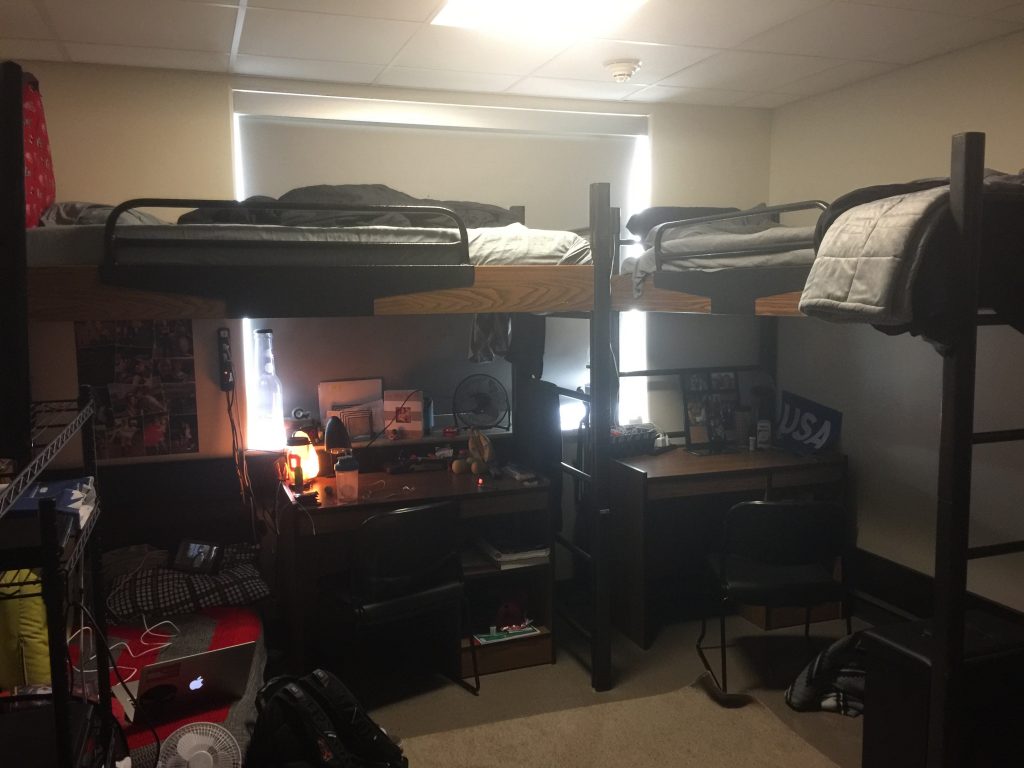 Yes, you have to study.  If you had good study habits in high school you’ll be fine, except you’ll probably stress about 10x more.  If you didn’t have any study habits, MAKE THEM!  These classes are much more difficult and require you to actually spend time with them.  Its always a good idea to take breaks while studying that way your brain doesn’t short circuit by the time it’s test day.  A good break is a nice walk or a nap to forget your problems for a while. Another thing about classes is that you should always keep your syllabus handy because it’ll tell you when important dates are for your class. 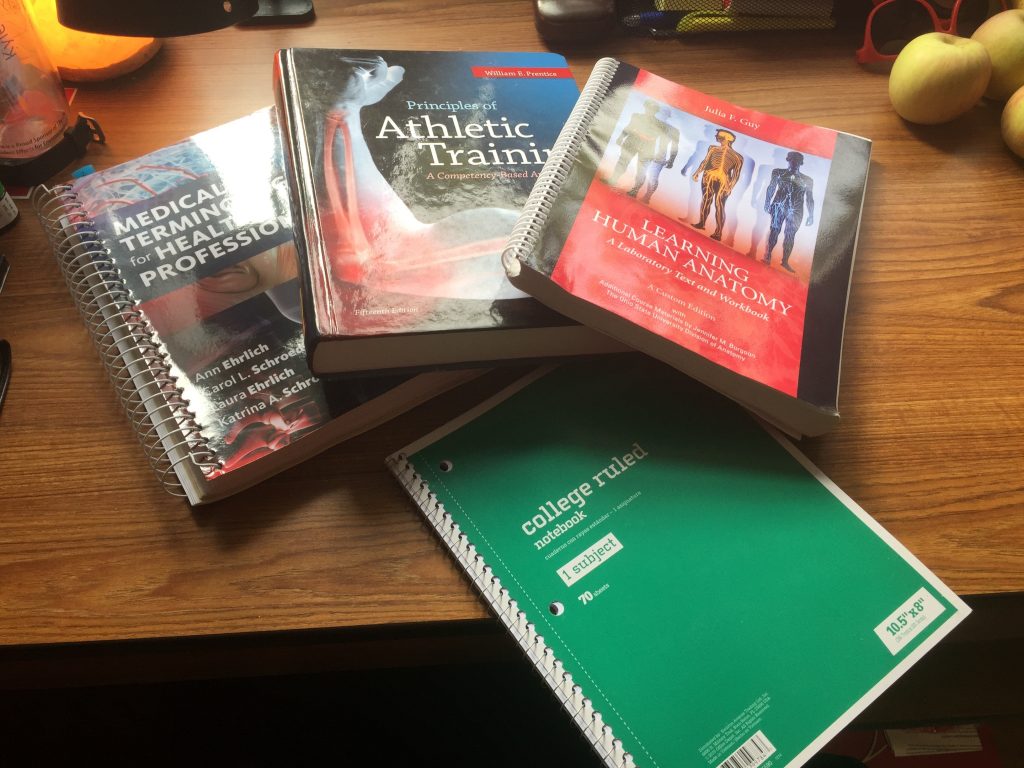 Ohio State’s campus has a lot of very good food and places to acquire such food.  Scott Traditions is by far the best traditions on campus.  It is a two story food extravaganza.  Build your own burrito stations to burgers to general Tso’s chicken.  Another favorite on campus that is more South campus is Marketplace.  Here they have build your own salad bars, a pizza hearth, sushi, it’s own deli and yogurt bar.  The Union has an amazing build your own burger station and excellent wraps, even though they don’t rhyme.  Off campus food is also a treasure here.  Raising Cane’s chicken fingers is  one of the best fast food within walking distance from campus.  It’s right on High Street by campus along with Chipotle, a McDonalds, and a 5 Guys.  Tapingo, a food delivery service, will deliver food right to the dorms, as well.

Game days in the dorms is when you learn how much your neighbors love college football, and there’s no complaining here.  Waking up to the fight song blaring from down the hall and almost everyone saying “It’s game day!” when they walk by is pretty much the norm here on Saturdays.  The tailgates outside the stadium are absolutely packed and crazy.  You can see people playing corn hole or an ambulance that has been transformed into the Buckeyemobile.

Being a freshman at Ohio State is actually a fun experience.  Of course, it’s stressful because it’s college, but things here make being a freshman so much easier.  The food is great, campus is beautiful, and Carmen works wayyyyy better than Blackboard.