How students stood up to the Oval preacher

If you’re on Ohio State’s Columbus campus, you know what’s been going on on The Oval for the past two days.

Whether you have seen it all over Ohio State’s Snapchat story, heard about it through a friend, or were actually there to witness it, Brother Mikhail Savenko, a traveling street preacher, has all of campus in a frenzy. According to Mikhail, “This world is in need of the true gospel that will save them from sin and hell so God has called me to preach his Word on the streets and universities of America.” 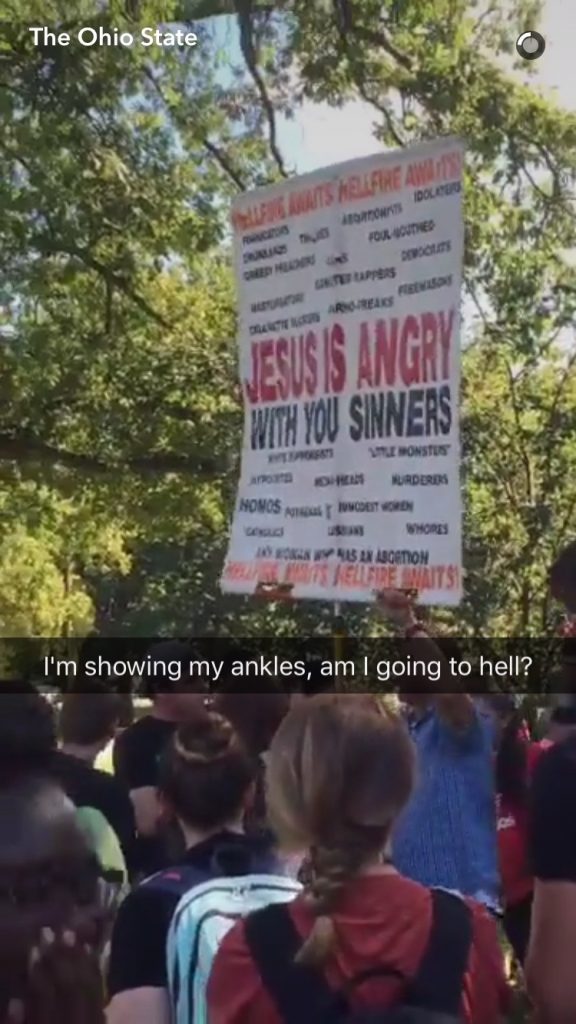 And that is exactly what he is doing, standing in the middle of The Oval with a Holy Bible in his hand, accompanied by a sign that says exactly who is going to Hell (including, but not limited to: “gangster rappers,” “hypocrites,” “democrats,” “homos (bolded for extra emphasis,” “immodest women,” and, my personal favorite, “little monsters.”) 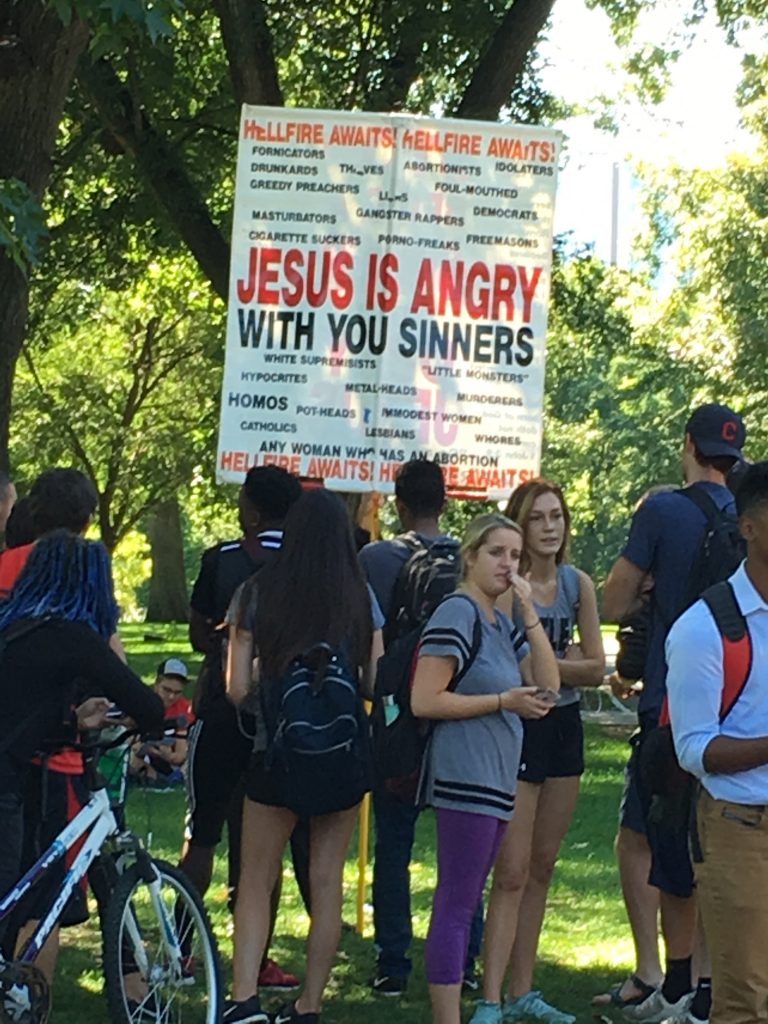 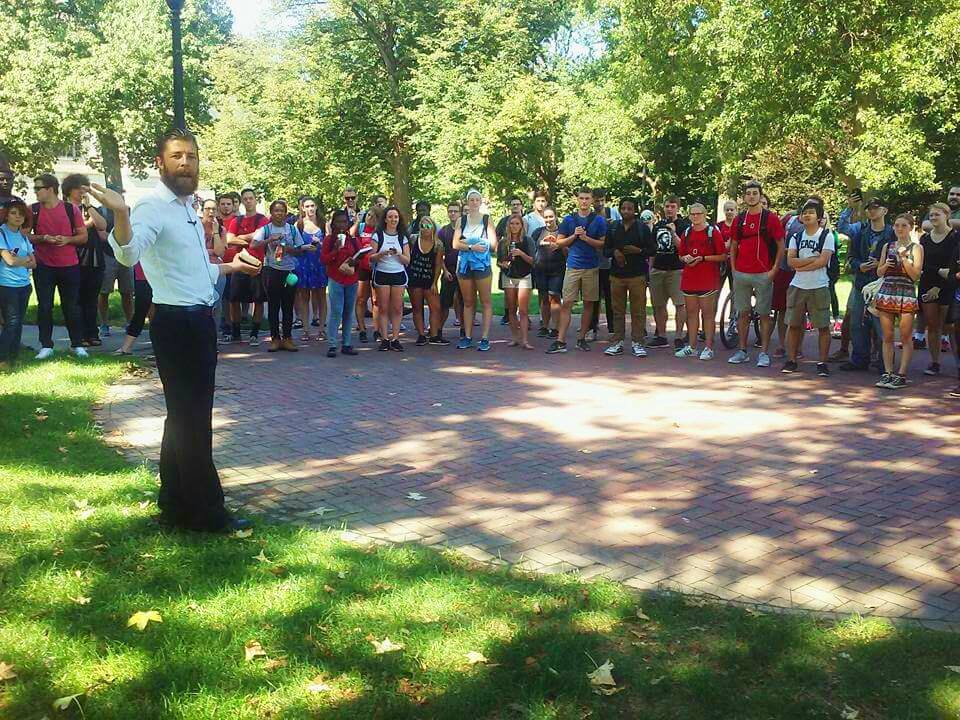 While many students find Mikhail a form of “pure entertainment” – a girl behind me said, “I really needed this after that midterm!” – there are others who are standing up to his preachings. After a remark targeting homosexuality, one student shouted from the back of the crowd, “If I go to Hell for equal rights, I’ll drink bourbon with Satan himself!” Another girl rebutted, “You’re not a Christian – you’re a shoganist pig. You’re a terrible human and you’re going straight to hell.” 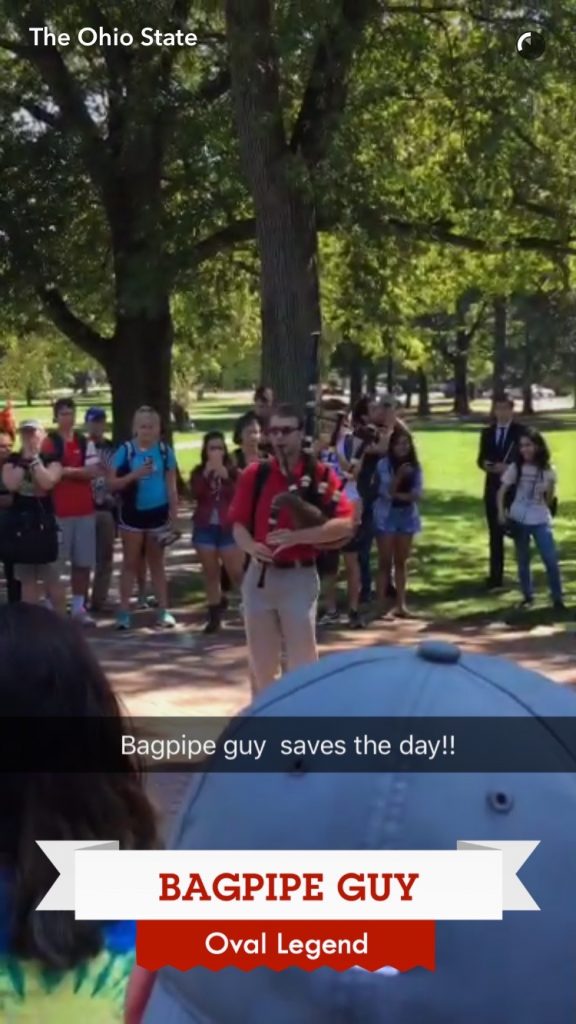 Bagpipe Guy even got in on the action, walking straight through the center of The Oval while Mikhail was mid-sentence 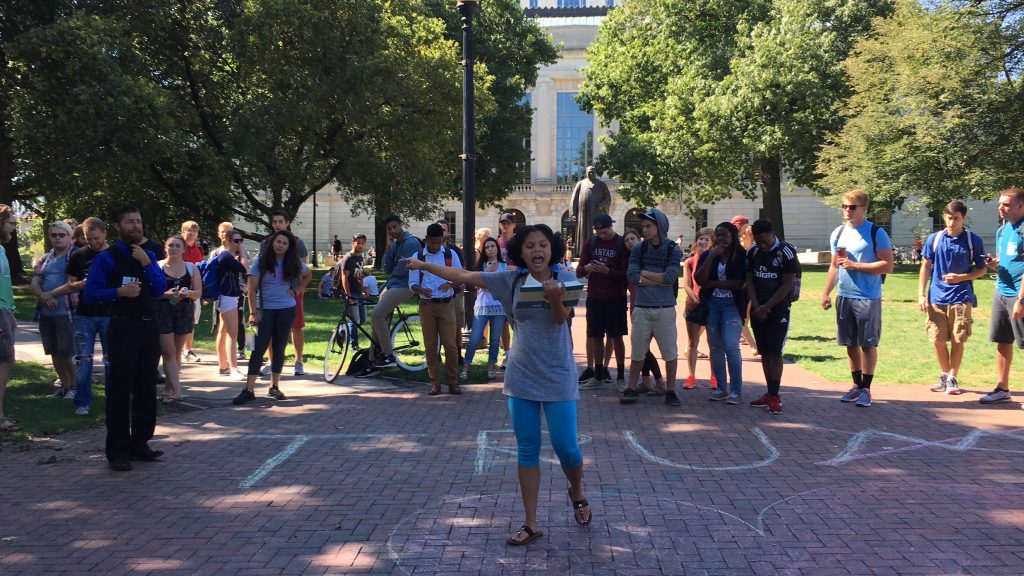 And then there is Aziza Allen, who walked right into the middle of The Oval during one of Mikhail’s rants to passionately rebuke his statements. With a Bible in her hand, she cried, “I apologize for him and I pray for him that he will truly encounter God the way I have. The fear of Hell might get you to the altar, but it won’t keep you there. My first two years of college, I was so depressed I didn’t think that I had purpose in life…[but] I have encountered the love of the Father, and that’s love.”

She, along with a group of fellow faithful Christians, also continuously walked into The Oval singing gospel music while Mikhail was trying to share his Hell-focused messages.