The Horseshoe was named the best stadium in the Big 10

Just one more thing we have over Michigan

Any Buckeye football fan will tell you that a big part of Ohio State’s football experience is getting a chance to see the team play at our home stadium, The Horseshoe. Whether it be the near excessive amount of people who come each weekend to watch the Buckeye’s play, the amazing student sections, the fact that we now sell beer, or our tendency to win big – it is indisputable that our football team has one of the best stadium experiences in the country.

Turns out, we aren’t the only ones who feel that way. A new ranking puts The Ohio State University at the top of their list for the best stadium experience in the Big Ten. 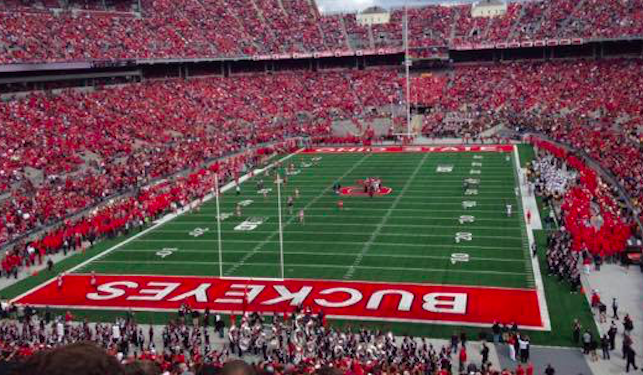 The article praises Ohio State for its ever-evolving stadium. Although it opened in 1922, The Horseshoe has undergone renovations that allow the stadium to feel modern. The Horseshoe is not the biggest stadium in the Big Ten – but with a max capacity just under 105,000 it can easily host a variety of Buckeyes.

The Shoe even managed to have the highest average attendance in all of college football during its 2014 season!

Schools like Michigan and Michigan State ranked #2 and #4, respectively. Sorry, guys, but it looks like we won this round.